Thank you Lightwood Games for sending us a digital copy of Word Party!

There are many fun party games out there, but few of them are educational and fun at the same time.  Lightwoord Games sets out to change that with Word Party for the Wii U. Word Party supports up to five players with one of them using the gamepad while the others use the Wii remotes.  I like how it uses the Miis from the Wii U system.

One thing that we didn’t like however, was the unfair advantage the player with the gamepad had over the Wii remotes.  For example, a couple of the mini-games are word find variants.  Using the gamepad’s touch screen is SIGNIFICANTLY easier than accurately dragging the Wii remotes to select the word(s) in question.

Another frustrating issue is that many of the mini-games do not give the players enough time to complete the task at hand. Factor in the unfair advantage of the gamepad and there may be some close calls for tears of frustration from younger players.  We usually let our youngest child use the gamepad because giving new readers only a few seconds to count how many instances of the letter “F” appear in a paragraph is quite challenging if not impossible. 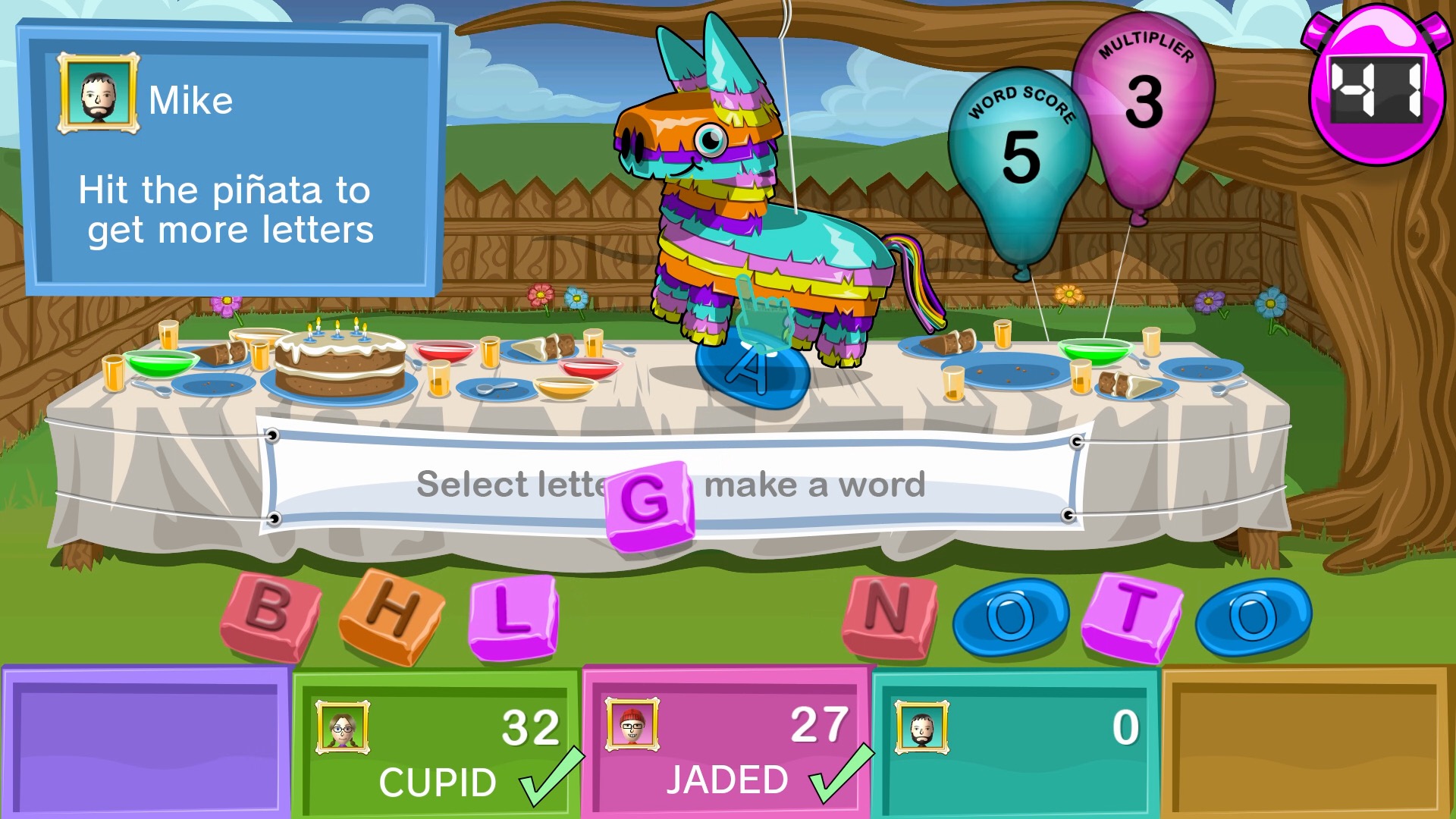 Strong Points: Can be used as a learning tool
Weak Points: Many of the games are stingy with the amount of time given; the player using the gamepad will have an unfair advantage
Moral Warnings: The word hell appears in some of the mini games; other swear words are possible with player input; outdated dictionary doesn’t consider “blog” a valid word

One glitch worth mentioning is that during one of the mini-games the background music stopped playing, but it resumed again during the next mini-game.  Other than that issue, we had no problems running or playing the game.

With the negative aspects out of the way, let’s focus on the positive areas of the game.  There are many educational mini-games that will ask the players to identify the proper spelling or definition of a word.  One of the fourteen unlockable mini-games has players choosing which two-letter words are legitimate amongst the phonies.

When Word Party is first launched it only comes with fourteen mini-games that are randomly selected in the six round gaming session.  The remaining half of the games are gradually unlocked as the game is played more and more.  There’s a practice mode where players can choose which mini-game they want to play to perfect their skills or to just play their favorite one.  Playing games in practice mode does not count towards unlocking more mini-games. 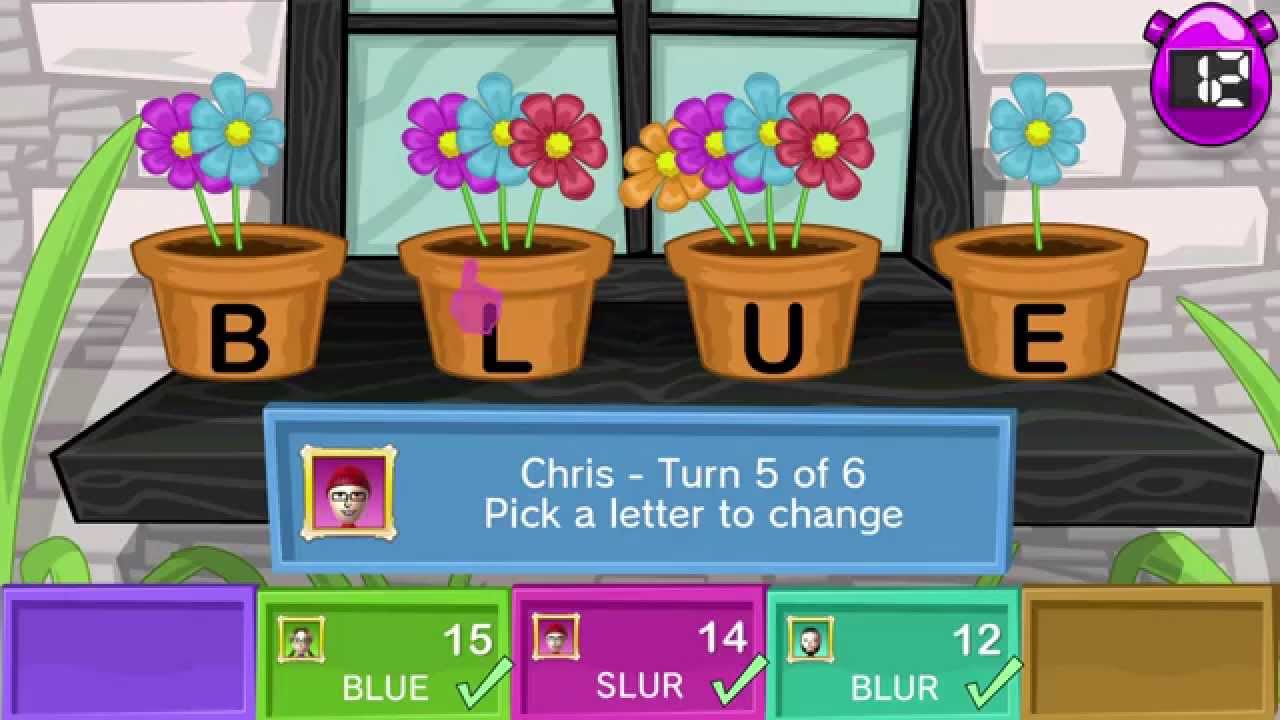 One of my kid’s favorite mini-games was called Graffiti.  In this mini-game the players had to spray paint all the words on the brick wall that applied to the randomly picked theme.  One of the mini-games that was our least favorite was a robot factory where you had to combine three body parts of a robot with two letters on each part to form a valid word.

Some of words included and excluded in the game’s dictionary surprised me.  One of the mini-games begins with a four letter word that each player swaps out one of the letters to form a new word.  It was in this game that I discovered that cussing is a possibility (tested with sh*t and d*mn).  I was surprised to see that the word “blog” was not considered a valid word.  One of the mini-games called Whack-A-Vowel has four lettered words that appear rapidly and you have to tap them if they have the specified vowel in them.  The word hell was one of the options in this mini-game.

Other than those minor issues, Word Party is a family friendly game that has some educational potential.  It also has its fair share of flaws too.  While my kids didn’t mind playing it in short spurts, they preferred to play other party games we own instead.   The price is a reasonable $15 on Nintendo’s eShop.