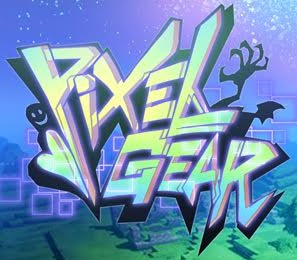 Thank you Oasis Games Ltd. for sending us this game to review!

After not being impressed with the PSVR controls in Ace Banana, I was dreading how it would do in a 3D shooter like Pixel Gear.  Fortunately, I was pleasantly surprised at how much better the Move controls work in this title.  Precision is key, as you often have to shoot off the helmets of the zombie knights before you can re-send them to their digital graves.

There’s no story in Pixel Gear, you just need to shoot every monster you can before they reach you and drain your health.  Unlike many shooter games, you can’t just shoot everything that moves.  At the end of a level and sometimes during it, ghosts and angels may rise up from the ground.  The ghosts are often carrying helpful items like coins, health, bombs, and ammunition.  You definitely want to shoot the ghosts for points and other goodies.  However, if you shoot an angel you’ll get a couple thousand points deducted from your score. 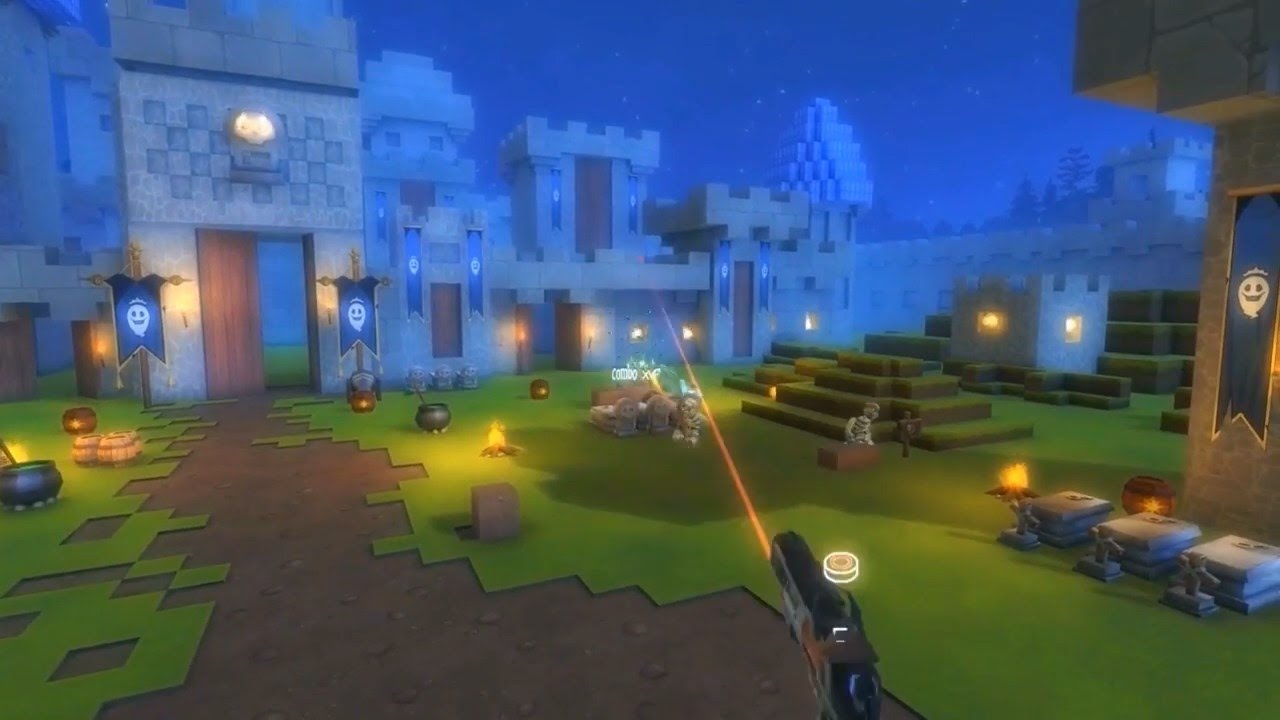 Six levels unlock as you complete the previous ones.  In order to complete a level you must survive several waves of enemies and defeat the boss in the final wave.  You’ll be shooting down bats, ghosts, skeletons, chaingun wielding Frankenstein momsters, witches, and zombies.  The bosses are several times the size of the typical foes.  They also have much more health that takes dodging several attacks and breaking down defenses before you have a chance to deplete it.  Instead of a standard health bar, they have a constellation that loses stars as you do damage to them.

Regular enemies typically go down in a couple of hits when using the standard issue pistol with unlimited ammunition.  Even though the ammunition is unlimited, the gun can only hold a set amount before needing to be reloaded.  Every other unlockable weapon requires buying more ammo with coins collected from ghosts.  You can spend coins on weapons like grenade launchers, more health, increased ammunition capacity, and the ability to see ghosts with neat abilities.  I like the ghosts that drop bombs when you shoot them.

The single-player levels change the scenery and add new enemies with each new level.  The multiplayer modes allow three non-VR players to join in and try to collect coins while the VR player tries to prevent them from doing so.  Multiplayer was added a couple of month after the game’s release and currently supports local gameplay only. 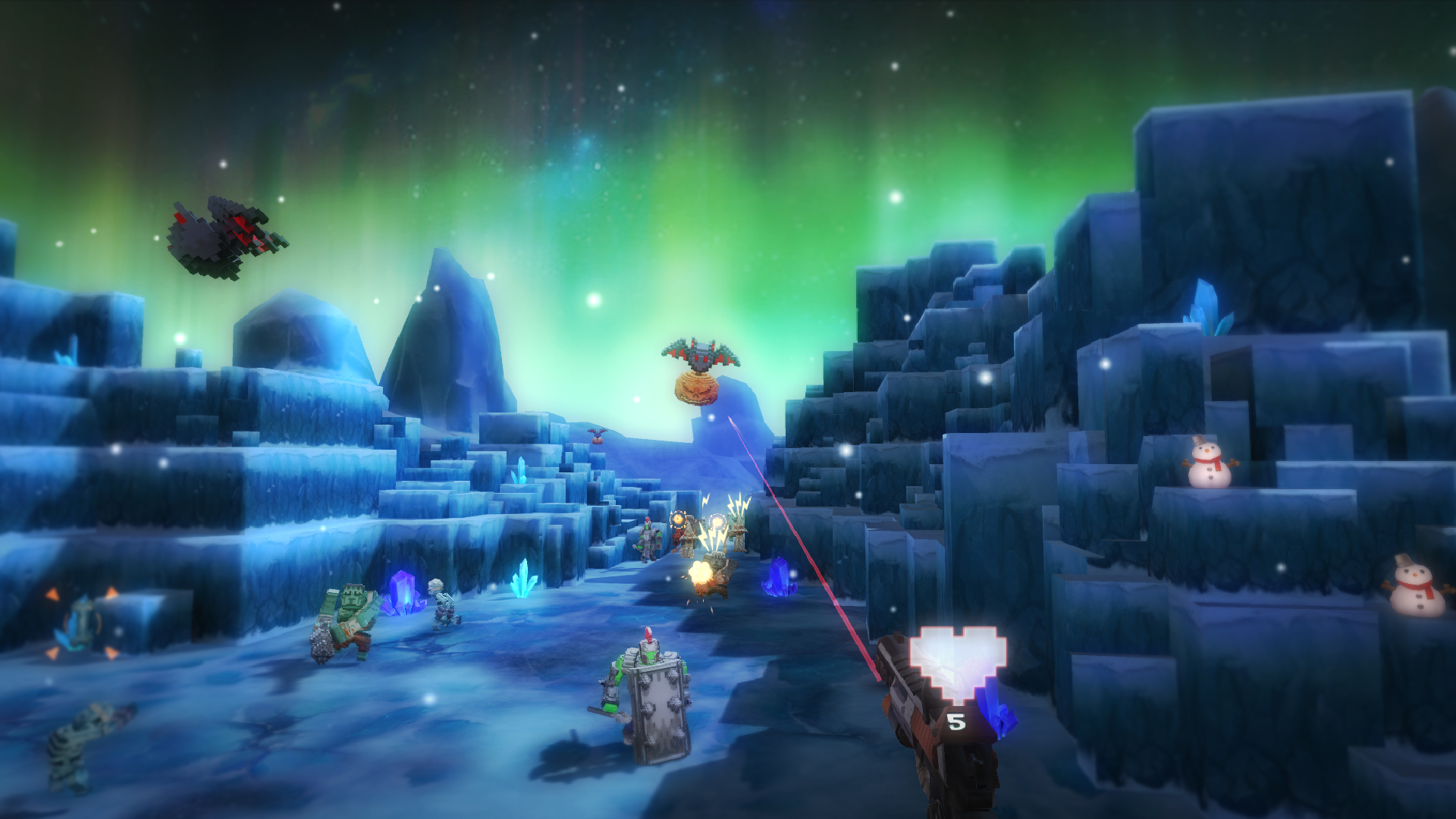 Pixel Gear is relatively short and besides playing with friends, you can add replay value by trying a harder difficulty level.  There are four difficulty modes to choose from.  Other goals could include increasing your score or just your accuracy.  At the end of each level, your stats are shown and my 60 something percent accuracy can use some improvement.

While Pixel Gear won’t entertain you for hours on end with an epic story and fresh gameplay, it’s still a great pick up and play game that lets you shoot stuff.  The blocky pixel style graphics reminds me of Minecraft and the sound effects are fitting.

Overall, this is a cute game that sells for $10.99 and it runs surprisingly well on the PSVR.  The only issue I ran into was that I had a frozen title screen if the camera was not properly configured.  Once it was, this game ran great and I highly recommend checking it out if it goes on sale.