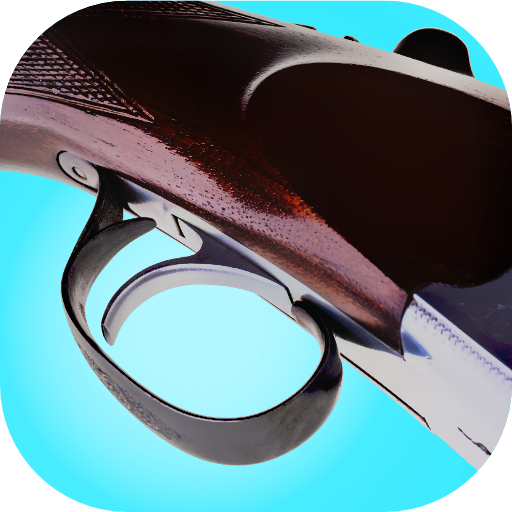 Thank you Aleksi Rantonen for sending us this game to review!

While I have never gone clay hunting, I have gone to shooting ranges and have fired .22, .38, and .357 caliber guns. I imagine that a shotgun has some significant kickback and expensive ammo which are issues that you won’t have to worry about in Clay Hunt Pro. After playing this title, I’m convinced that I would waste a lot of ammo and money missing flying targets as my hand-eye coordination is not getting any better with age.

When you first launch the game you have the option of doing a live event via Facebook or going to the virtual shooting range. With my poor scores, I certainly wasn’t going to make a fool of myself by doing a live event. Despite the simplified controls and lack of recoil, the physics seem pretty good for this 3D shooting simulation game. While there are arcade game modes, this title is nothing like the classic Duck Hunt game from the NES era. If you’re looking for a silly shooter, you’ll want to look elsewhere. 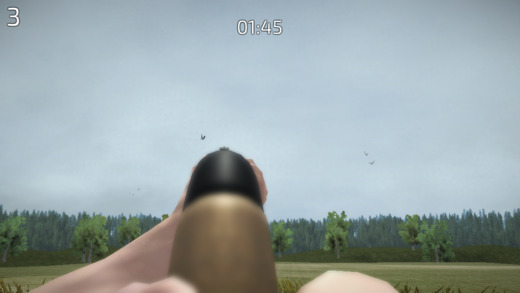 Strong Points: All of the thrills of missing pigeons while not having to pay for ammo
Weak Points: Targets are too small and hard to hit; minimal sound and visuals
Moral Warnings: You can shoot virtual pigeons/birds

Going through the tutorial is logical and mandatory. In the tutorial you’ll learn the basic controls which are pretty simple. Tapping on the screen raises the shotgun and preps it for shooting. You can move it around and position it by dragging the screen. When you’re ready to fire you have to tap the screen. The aiming and accuracy is on you and after you fire you’ll get a point for hitting the target and be shown the trajectory of your shot versus the target’s path. The results are handy in telling how close or off you were from the target.

If you don’t like the point of view or point of impact settings, you can change them in the game’s settings menu. To get you acquainted with the controls your first task will be to shoot down targets that pop up from the ground. Your next targets will be moving horizontally and are easy to hit since they’re bigger than the clay and bird pigeons you can fire at later. 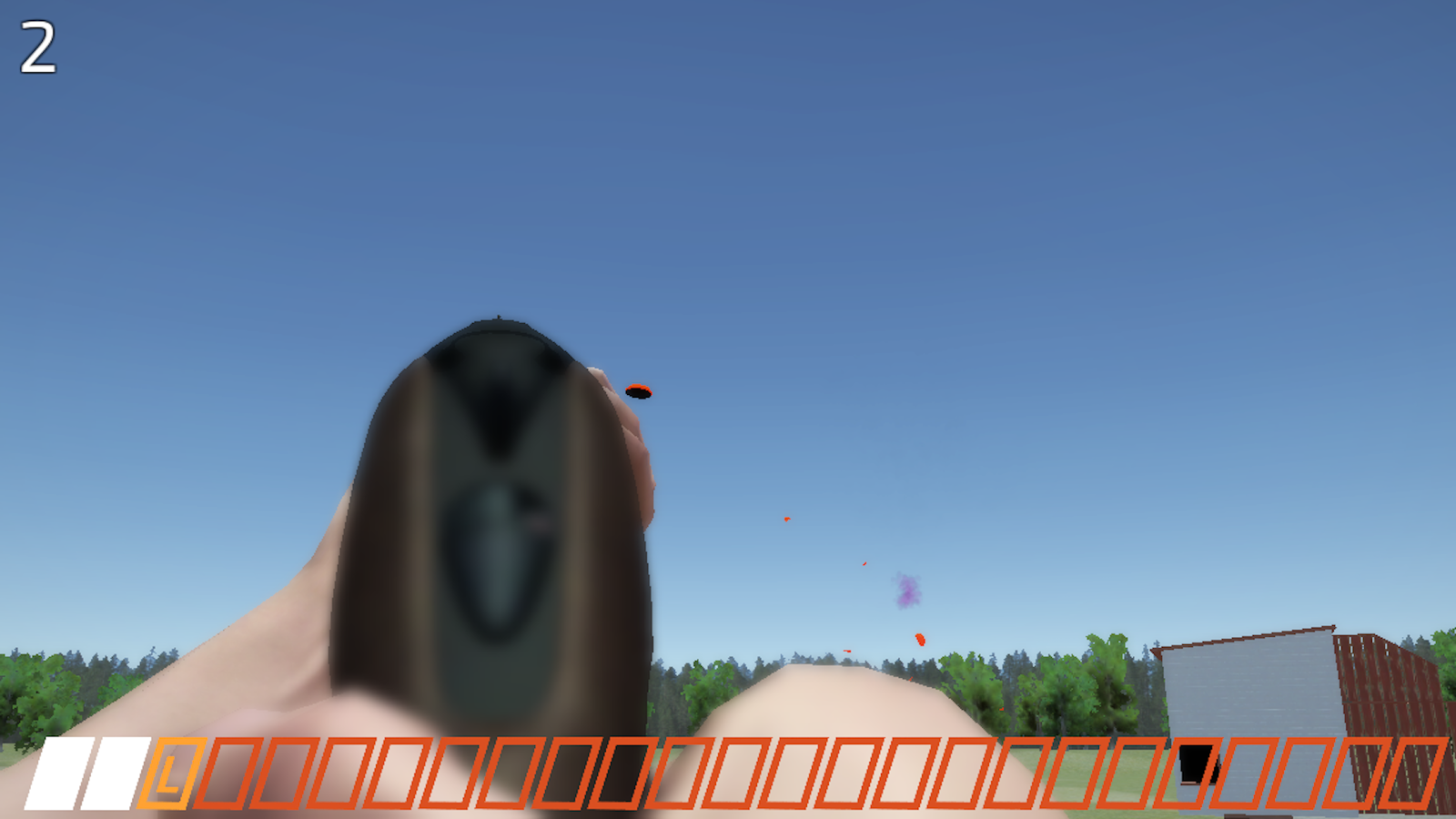 After the tutorial is completed you’ll have access to the Arcade Hall which lets you shoot popup targets and non-clay pigeons. The popup targets are the easiest thing to hit in the game and in the arcade mode your goal is to hit as many of them as you can before the timer bar depletes. Whenever you miss, the timer bar shrinks faster. In the pigeon hunt mode you have two and a half minutes to shoot down as many pigeons as possible. While there are a decent amount of pigeons to shoot at, hitting them takes a lot of luck and/or skill. This game keeps track of your highest scores and my best for the pigeon hunt is three.

The main game has eight Trap levels and six Skeet levels. You cannot advance to the higher level without completing the previous one. In the trap mode you only have one shot to hit the clay pigeon. In the skeet mode you at least know the direction they’re coming from and you have two tries. While both modes are challenging, I did much better in the skeet mode, but not enough to warrant getting even one out of three stars available. As a result I wasn’t able to unlock the rest of the levels.

Even though I wasn’t good at this game, it’s still fun and challenging. I’m curious of what people who have gone clay hunting will think of this title. The regular version of the game sells for $1.25 and has positive reviews. Any aspiring clay hunters should check their reflexes with these games.