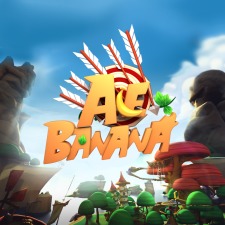 It’s great to see kid friendly games available on the PlayStation VR platform.  The cute monkeys and premise of shooting them with plunger arrows is bound to attract kids and aspiring archers alike.  No matter what attracts you to this title, be warned that your arms will get a workout even though the move controllers are not that heavy.

When you first fire up the game you’ll read a comic book style story about how the bananas and monkeys used to live in peace, but those days are long gone.  Now the bananas are in danger and it’s up to you to save them.  Not only do you get to pelt monkeys with various projectiles, you get to raise baby bananas too!  By showering young bananas with water, fertilizer, and sunlight, they’ll grow up and offer a unique attack style to fend off swarms of monkeys and bosses.  The monkeys are pretty sneaky and have different offensive and defensive tactics.  Fortunately, you have some tricks up your sleeve as well!

In the beginning the monkeys are “au natural” and easy to pick off with your bow and plunger style arrows.  It doesn’t take long for the monkeys to get younger, faster, and tougher, requiring more than one shot to take down. The construction worker themed monkeys need to have their helmets knocked off their heads before they can be shot down.  Other monkeys fight back by flinging paint at you that blocks your vision temporarily. 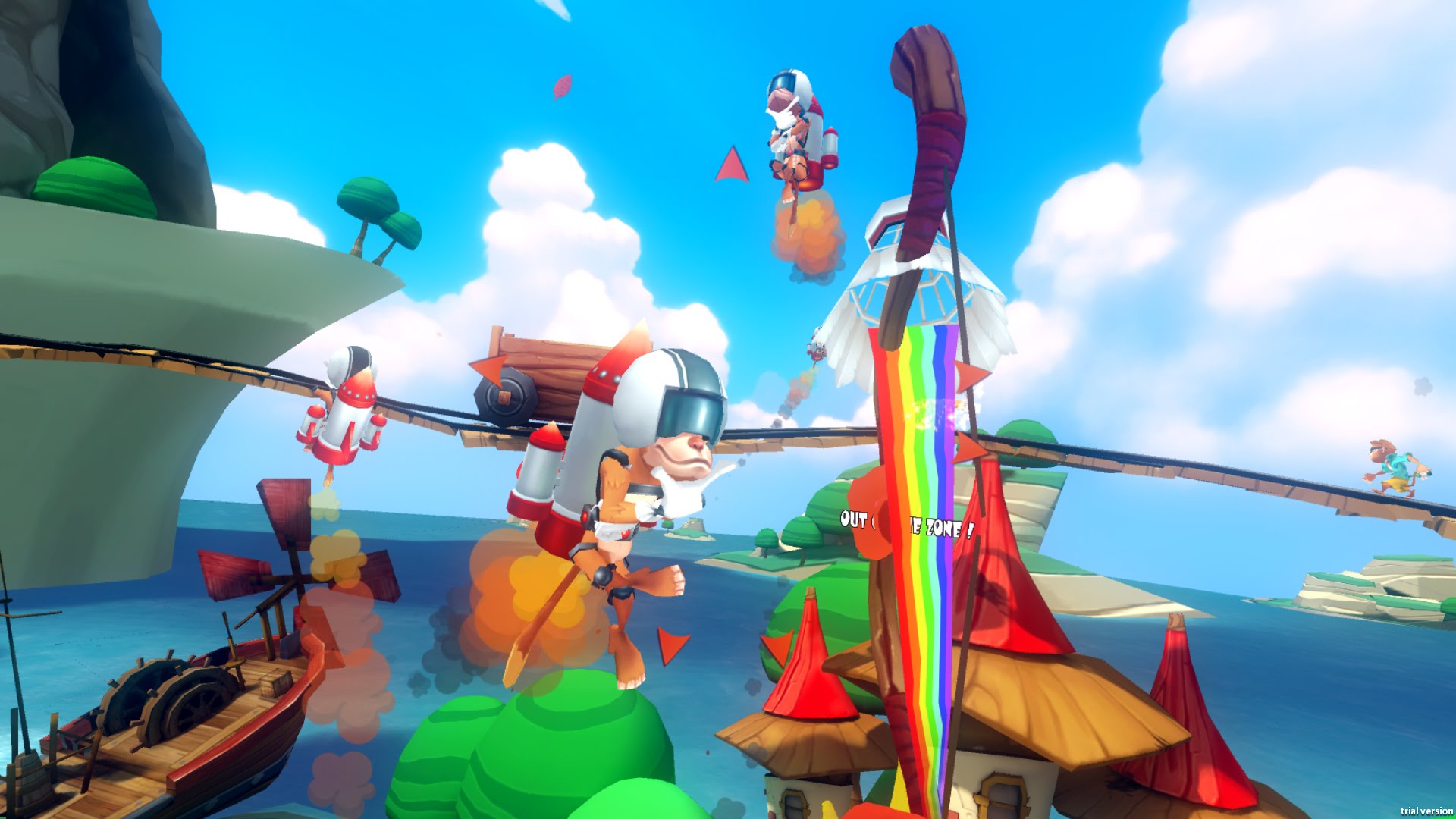 Strong Points: Cute concept and aesthetics
Weak Points: The move controllers constantly need to be re-calibrated; inaccurate aiming makes this game more frustrating than fun
Moral Warnings: Cartoon violence; one of the male bananas shows off all of his chest muscles

Some of the monkeys leave behind new ammo which can be collected by shooting at it.  Besides plungers, you get to shoot out badmintons, frogs, fish, garlic, lollipops, fruit wedges and more!  Instead of ammo you may also collect single use attacks like pandas that will roll down every road and knock down monkeys as if they were bowling pins.

If you still have bananas left at the end of the wave, you’ll advance to the next one with harder foes.  It doesn’t take long before monkeys will spawn from two different areas and you’ll have to teleport between locations to get to them.  After a few waves, a boss will show up and you’ll have to discover and attack its weakness to progress further.  In total there are sixteen levels to see provided you can survive the poor camera controls.

Ace Banana isn’t the first PSVR game I have played that has movement tracking issues, so it could be a platform issue.  However, since this game relies on accuracy to succeed, frustration quickly sets in when you cannot hit nearby monkeys due to calibration problems.  Recalibrating is easy to do and only takes a couples of seconds by holding the start button on the side of the move controller.  Having to recalibrate every three minutes is unacceptable and those valuable seconds will quickly end your game when your bananas are surrounded by monkeys or are being sucked up by a giant mechanical boss.  Even my children were getting flustered while playing and they generally have more patience than I do. 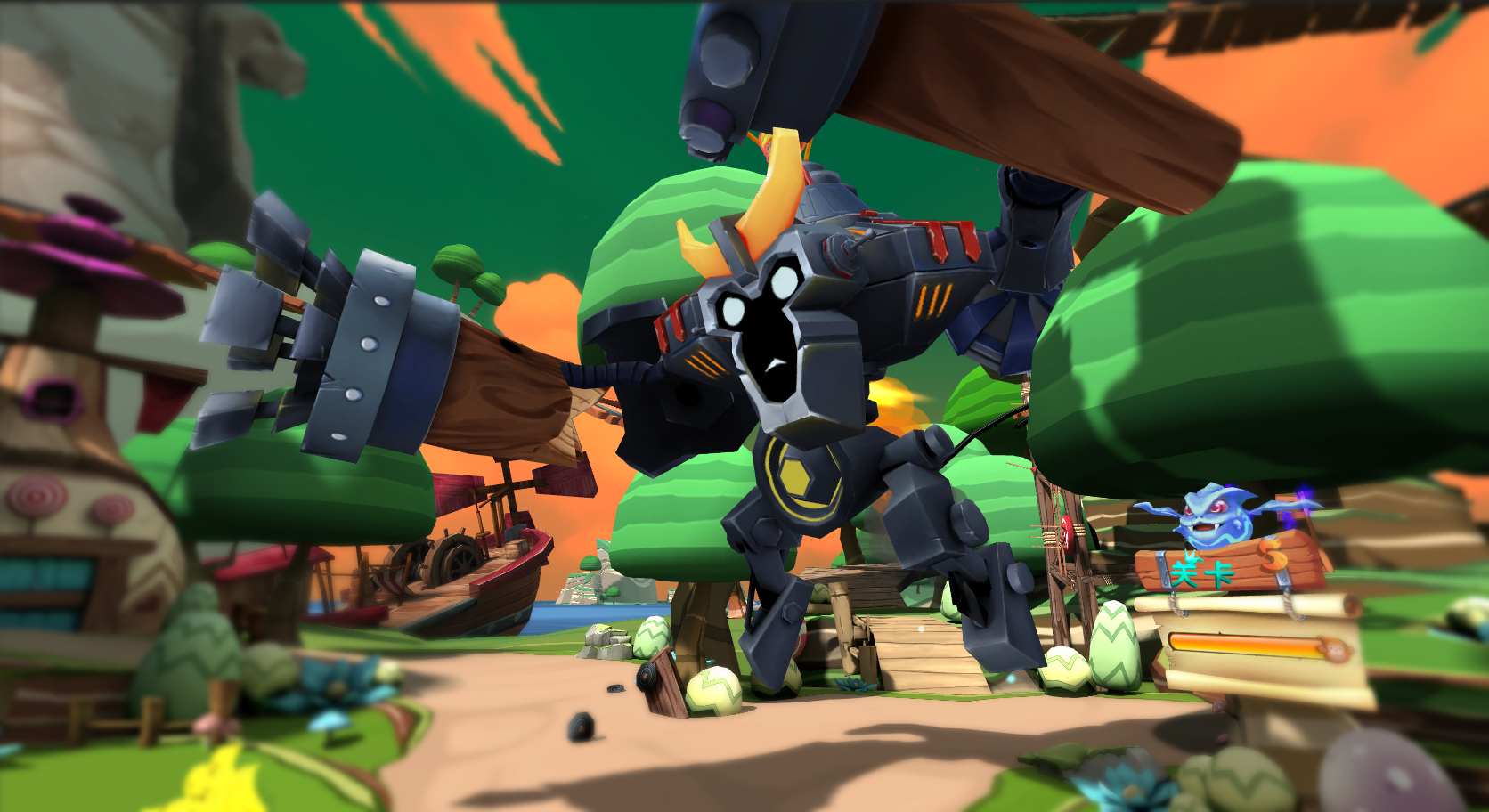 Besides calibration issues, the game interface is a bit confusing.  There’s a book that you can open to see how many types of monkeys and weapons you’ve come across in your adventures.  Opening the book was easy enough, but closing the book was not possible.  We tried pressing the suggested buttons on the regular controller to no avail and had to exit the game entirely to get out of the book screen.  Thankfully none of our progress was lost in the process.

Hopefully these issues will be addressed before they roll out the multiplayer update.   No release date has been scheduled as of this review.   If nothing improves then up to four players will be able to get frustrated simultaneously!

The asking price is $14.99, but given the current tracking issues I’d hold off on buying this game until it gets fixed.  I really hope it does get rectified soon since this is a short but cute game that has potential.