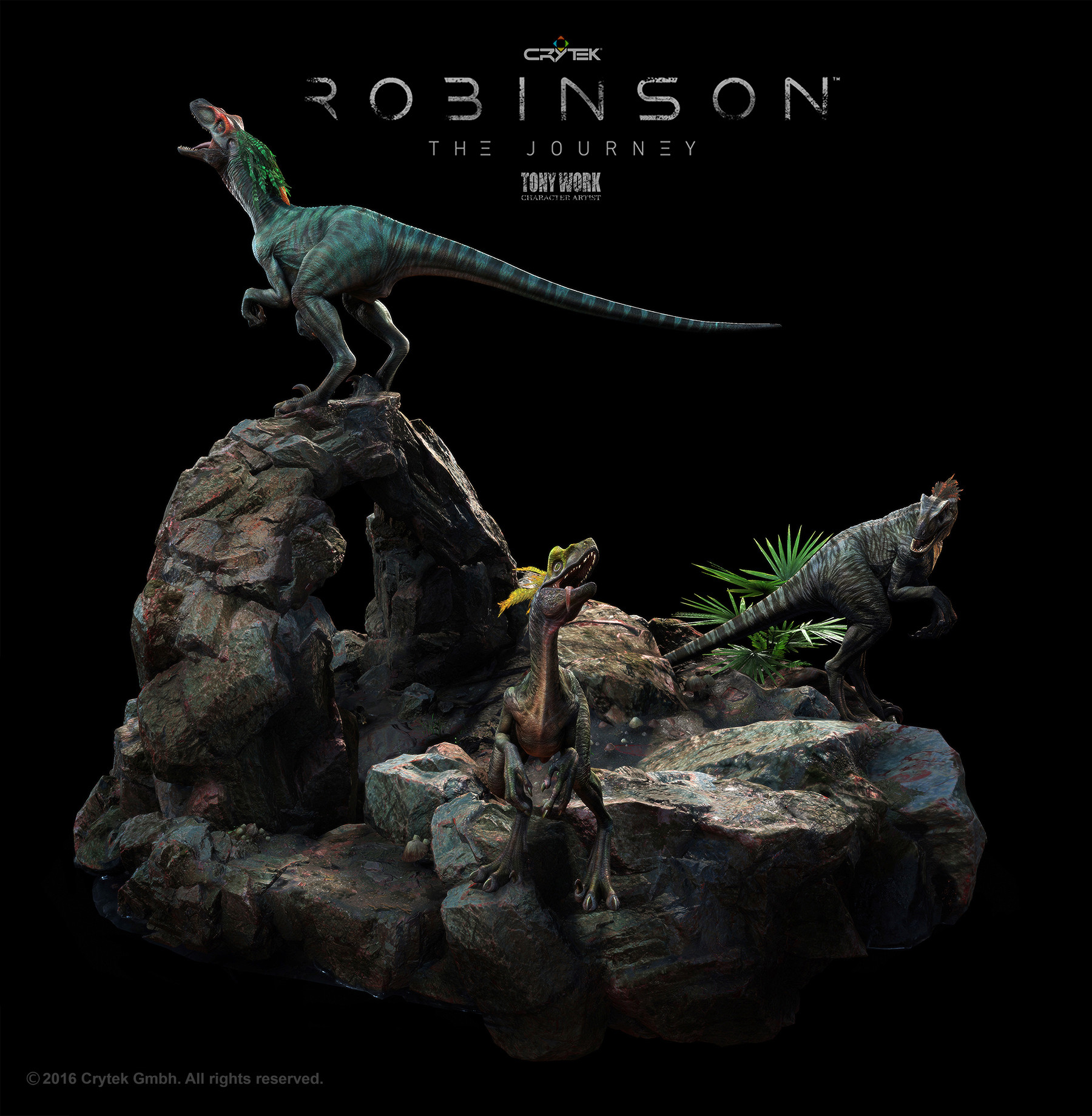 Thank you Crytek for sending us this game to review!

After his ship crashed, a boy named Robin appears to be the sole survivor on a foreign planet called Tyson III. He’s not alone though; Robin has his AI companion, HIGS, and a baby T-rex named Laika. The young tyrannosaurus rex is quite smart and can play, roar, and follow on command. There are plenty of other creatures to scan and learn about on this island, and not all of them are friendly. In fact, many of the creatures have destroyed various structures and Robin has to fix them in order to survive.

The 3D graphics in this first person perspective game are incredible. The jungle environment and the creatures are very detailed and look believable, especially in VR. This game is very immersive, but the movements made me and several other gamers motion sick. Because of that reason alone I would avoid purchasing this game at full price. Another factor is the short amount of gameplay as this title can be beaten in less than two hours if the nausea doesn’t get to you first. 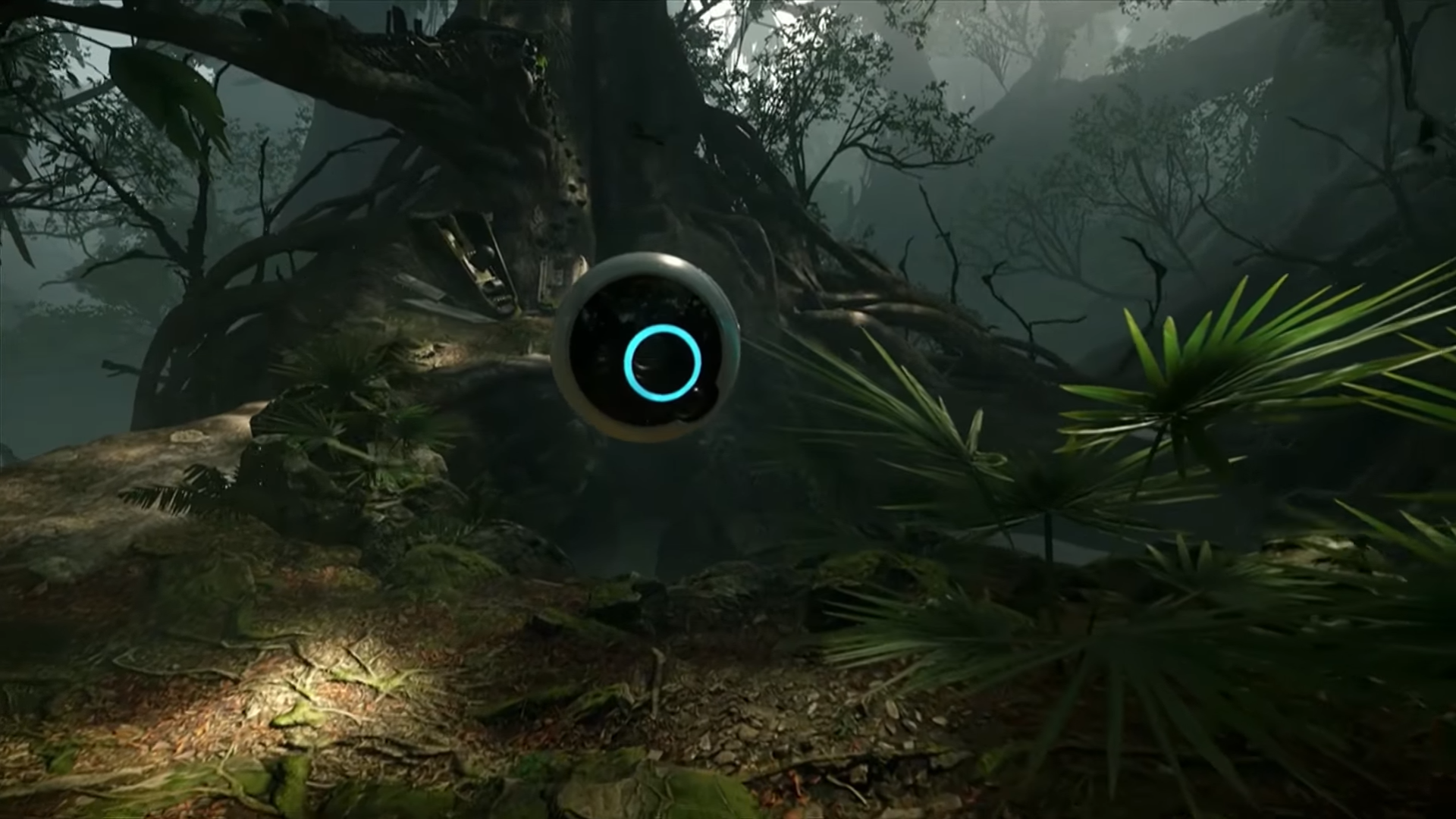 Strong Points: Gorgeous visuals; great sound effects and voice acting; fun puzzles to solve
Weak Points: Motion sickness is a common problem for this game; short amount of gameplay for a $40 title; no touch/motion controller support
Moral Warnings: Some dinosaurs get hurt, but there is no blood

Although short, the gameplay is very fun with various life forms to scan, terrain to explore, and many puzzles to solve. To scan the life forms, you have to put your wand in scanning mode and tap on all of the green dots and not the others. If you get another color, you’ll have to start over from the beginning with a different pattern. Smaller life forms like snails and caterpillars are easier to scan than dinosaurs.

The puzzles are logical and are not too hard to solve. However, if you get stumped, there are several walkthrough videos available on YouTube. In the beginning, the puzzles consist of minor repairs and restoring power to various devices. While a controller is sufficient for this game, the lack of support for touch or motion controllers is a huge oversight. 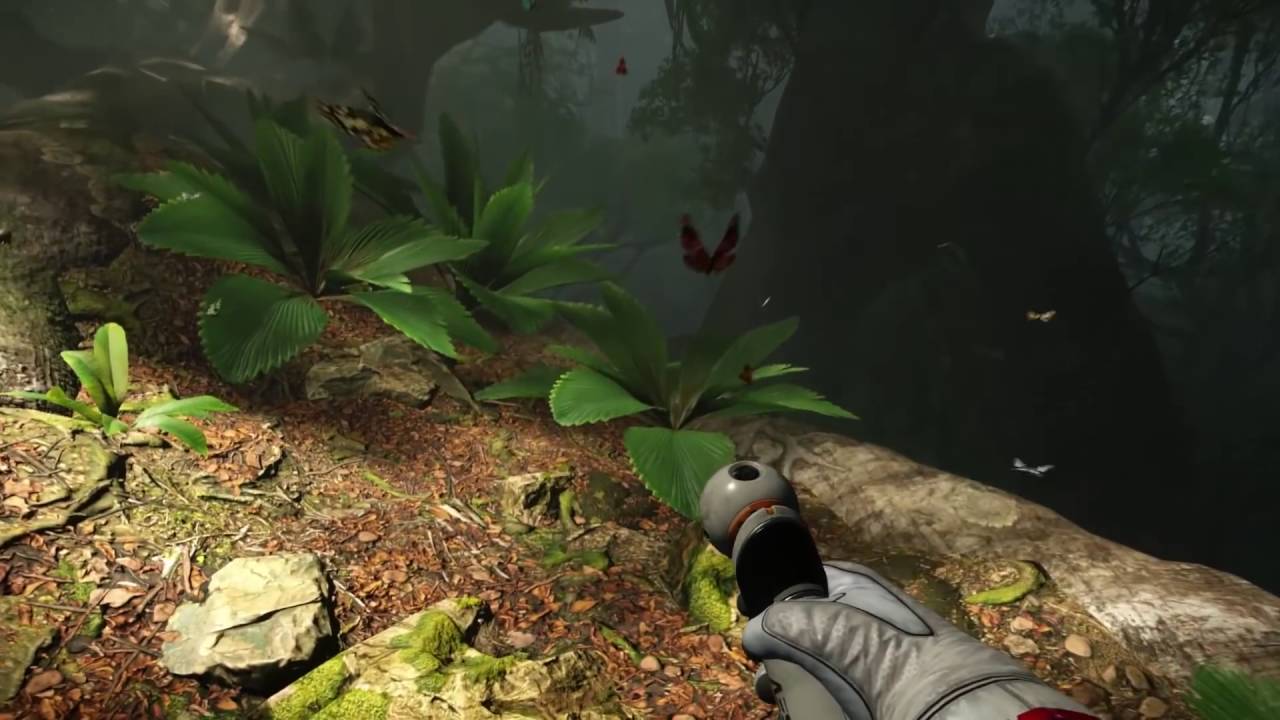 Robinson: The Journey is safe for people of all ages to play, but due to the motion sickness I experienced, I won’t be showing this game to others. I don’t recall any foul language, but there is some bloodless dinosaur violence.

After playing Crytek’s The Climb, I was looking forward to this game. In fact, there are some rock climbing portions in this title, but they don’t involve chalk or stamina levels. Sadly, this game is a disappointment since it makes me nauseous every time I try it. If you enjoy puzzles and dinosaurs, and are not easily rattled by motion sickness, Robinson: The Journey may be worth picking up on sale.