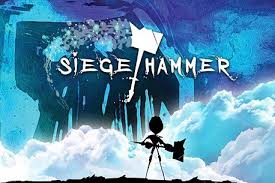 Strong Points: Fun VR experience that can be enjoyed by people of all ages
Weak Points: Slow paced; pause only works when pointing at the pause icon; no confirmation when upgrading defenses;  it’s easy to accidentally leave the level
Moral Warnings: Bloodless violence

Thank you My Dream Interactive Inc. for send sending us this game to review!

We have previously reviewed VR Toolbox from My Dream Interactive and there’s a nice bundle that includes this virtual living space along with their 3D tower defense offering, Siege Hammer for $23.18. By purchasing the bundle, you save 20%. If you’re just looking for a fun tower defense game in VR, then this game can fit the bill for less than $15.

Siege Hammer is family friendly despite the use of your hammer, turrets, and defenses that freeze and electrocute invading aliens. There is no blood or injury animations, just visible numbers subtracted from their health total/HP bar. The defenses alone are not very powerful so you’ll need to manually click on groups of enemies to do area of effect damage. The hammer takes time to recharge so you just have to keep clicking until it works again.

The story is simple but functional. Your character, Blip, is the last of his kind and has been raised by wisps who are now in danger. It’s up to you and your hammer to save the wisps from invading aliens trying to get to your crystal. If an alien does get past your defenses, you can resume from the current wave and keep all of the wisps collected and defenses that you previously placed.

Most of the levels start you off with very limited resources (wisps) and only a spot or two to place your beginning defenses. Every defense and upgrade is purchased from wisps you collect from defeated foes and ones that fall from the sky upon completing a wave of enemies. After a wave of foes have been successfully repelled, more places to put defenses will appear. You can only add defenses between waves while your shields are up. Once your shields are down, enemies will spawn in certain areas and you can only upgrade existing defenses provided you have enough wisps to do so. Upgrading defenses can easily be done by clicking on them. Sadly, upgrading is too easy and I have accidentally upgraded defenses that I did not mean to.

There is a pause button which only pauses the game while you’re hovering over it. Unfortunately, when it loses focus, the enemies begin moving again. I found this out the hard way as I had a couple of gaming sessions interrupted by phone calls. Clicking on the pause button a couple of times (on purpose or on accident) will bring you back to the main menu. I booted myself off accidentally, but was happy to find that my progress was saved. 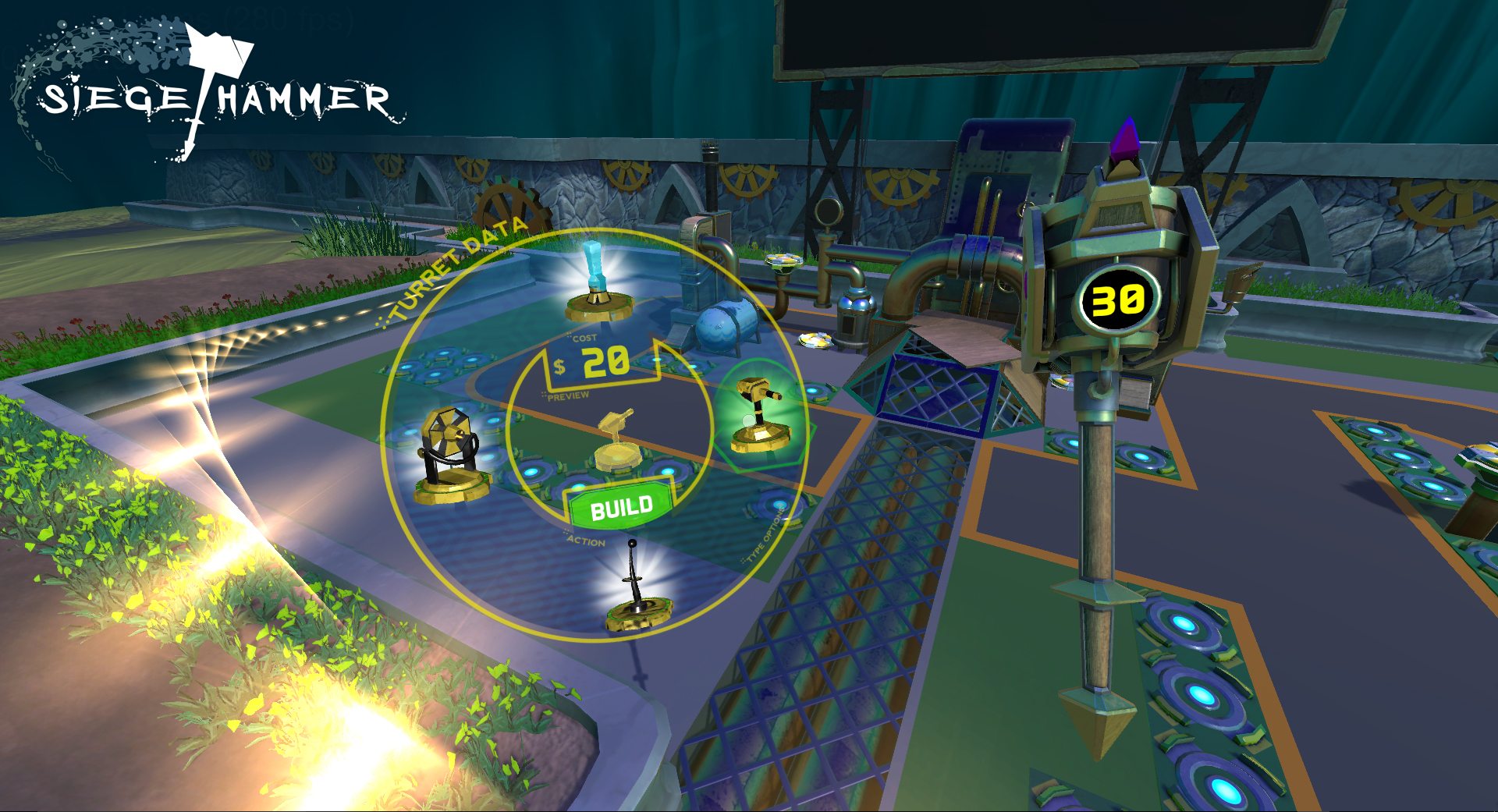 The game starts off with an introductory level which will introduce you to the basics of building and upgrading the three different types of defenses (turret, ice, Tesla coil). Once the basics are covered, you can explore three different realms with four different difficulty levels.

There’s a decent amount of variety with the enemies. They have elemental affinities and the bigger ones have substantially more HP. There are some waves where the enemies are faster, but noticeably frail. Depending on the difficulty you play at, the hammer’s power and recharge time will vary. Like most games, the harder the difficulty, the stronger the foes.

Some may find the game’s pace to be a bit slow. I found it fun and had some close calls and even lost a round or two. If you like tower defense games and are looking for one that’s safe for kids to play, be sure to check out Siege Hammer. I’m looking forward to how it’s going to shape up as it leaves Steam’s Early Access.