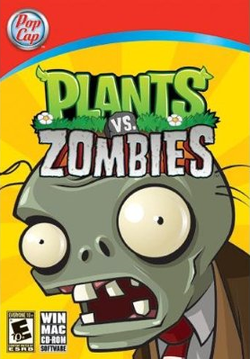 It's finally happened: zombies have invaded your neighborhood and they are literally at your door step.  All you have are your plants to defend your front yard, back yard, and even your roof from the hungry hordes - and it only takes one zombie to break in and feast on your brain.

To thwart the zombies, you have a garden's worth of offensive and defensive plants to fight back.  First you need to collect sunlight to purchase plants or upgrade your current stock.  Some plants are more costly than others, so you'll want plenty of sunflowers which also produce sunlight though they have no means to defend themselves.  Besides sun, you can also collect silver, gold, and diamonds from defeated zombies. Later on in the game, you can get marigolds to produce silver and gold for you.  You start off with a trusty pea shooter which does exactly what its name suggests.  As you progress through the game, you’ll get variants that shoot frozen peas or multiple peas at once.  Cherry bombs explode within seconds and can take out groups of zombies in its radius.  Potato mines take a little while to activate but they are a cheap last line of defense.

Thankfully, the zombies haven't eaten your neighbor named crazy Dave who speaks in gibberish and sells you various plants and defense mechanisms to help you out.  He’ll also give you tips and instructions on how to play the various mini-games.  The mini-games include whack-a-mole and bowling with walnuts (some of the walnuts explode).  The regular levels let you pick and choose what plants you can use but there’s a mini-game where you don’t have a choice and have to work with random plants made available to you via a conveyor belt. 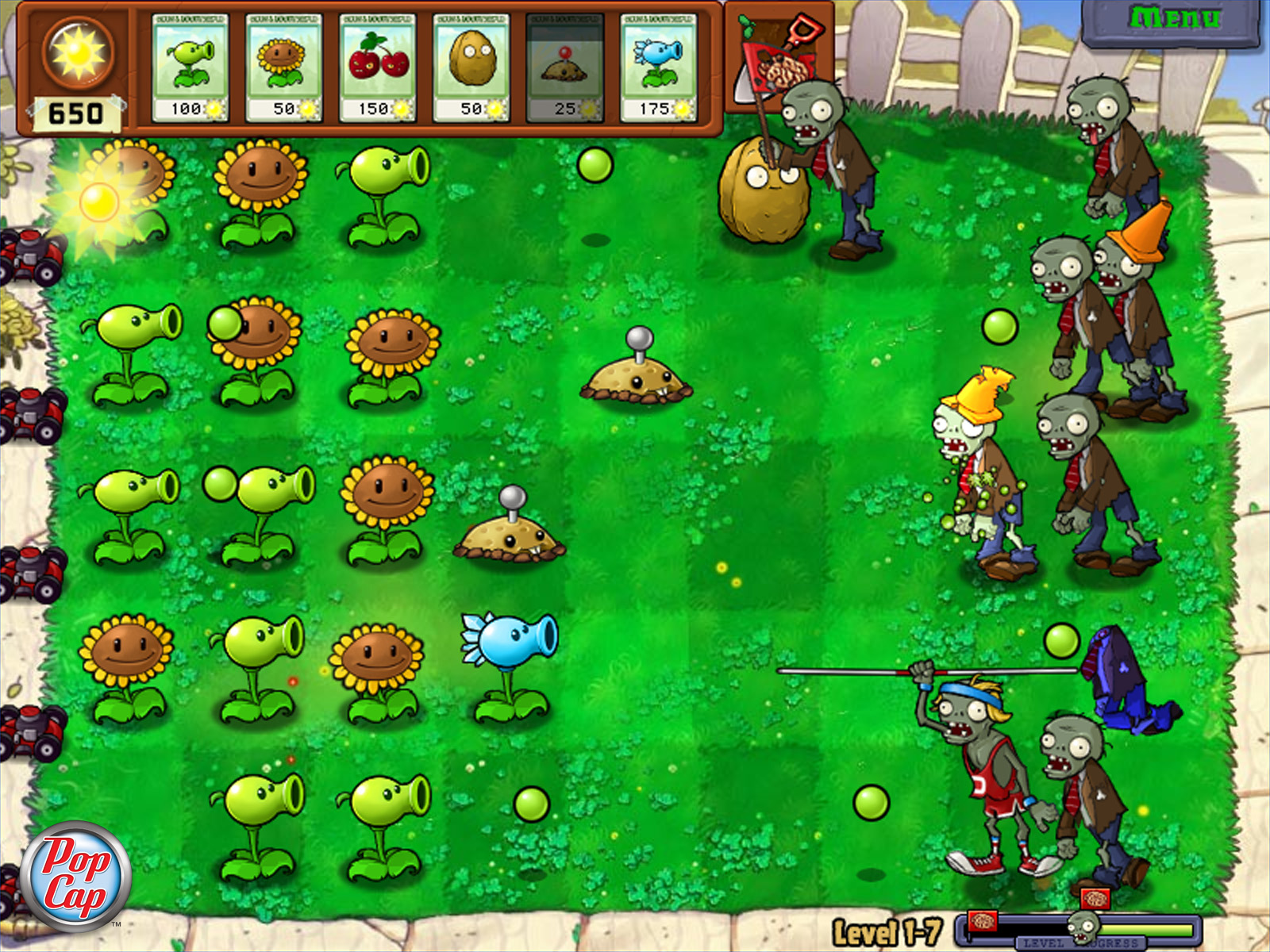 The scenery changes and adds new obstacles to work around like your back yard which has a pool and you have to plant lily pads first before you can plant something on top of the water.  Night levels make sunflowers useless but offer various mushrooms that shoot pellets or goop to stop even the clever zombies that use screen doors as shields.

But not all zombies are created equal.  At first they are all the same and are pretty defenseless.  However, it doesn’t take long for ones to show up with road cones or buckets on their heads to protect them.  There are pole vaulting zombies, football zombies, bungee jumping zombies and the extremely annoying pogo stick zombies capable of leaping over your first line of defence.  At the end of the Adventure mode there’s a boss that you have to defeat with the plants given to you via conveyor belt.

Once you complete the adventure mode you can unlock the quick play option.  The PC version has more unlockable modes including puzzle and survival.  If you’re into achievements, there are plenty to earn in this game.  For example, you can get achievements for killing multiple zombies with one cherry bomb, and beating the adventure mode once or twice. 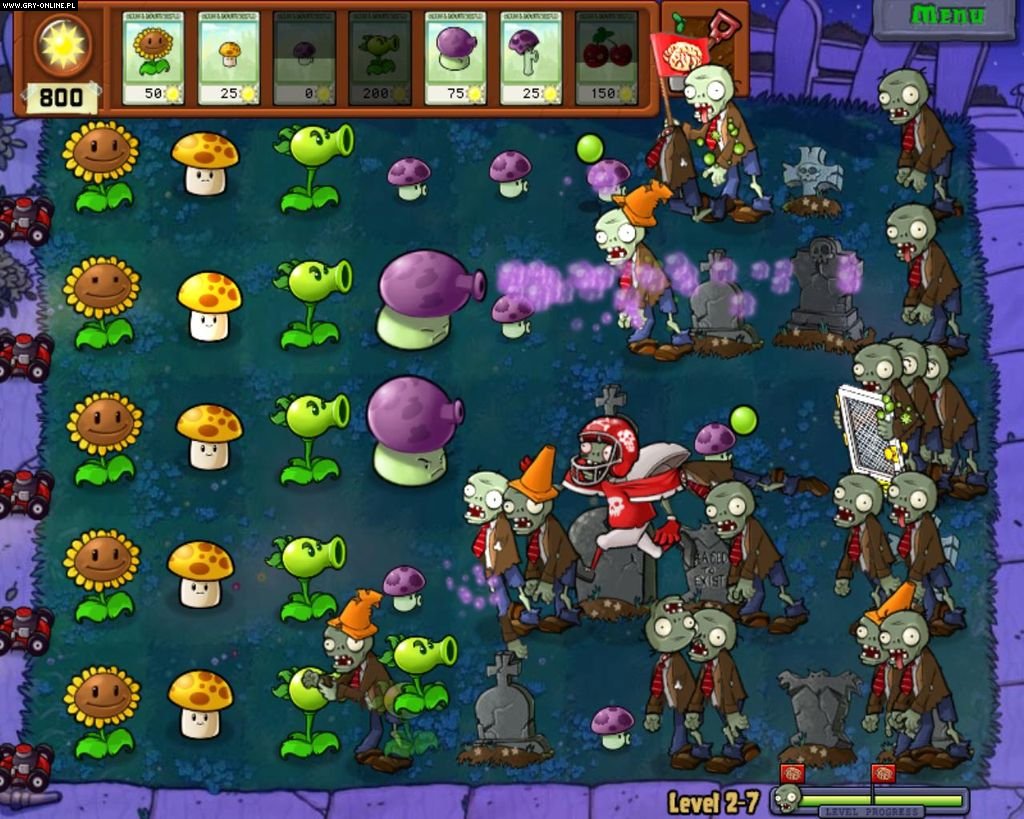 The ending credits have a cute and original song and the regular background music is pleasant to listen to as well. The sound effects are fitting and I like the zombie’s “brains!” taunt.  The scream you make as your brain gets eaten is memorable as well.

As you can imagine, there’s cartoon violence.  It’s not bloody, gory, or gross though.  In a way the zombies are rather funny and cute at times.  The different types of zombies have their own unique style and moves.  The disco zombie dances his way into your house while others use bungee cords or catapults to assault your house and plants.

The levels get harder and the zombies get sneakier.  If you like tower defense games, you’ll enjoy this game for your phone, computer, or console.  I’ve beaten the adventure mode on my phone.  I wish there was a way to transfer over my save to my PC but its not possible.  If you like playing phone games, check this one out!