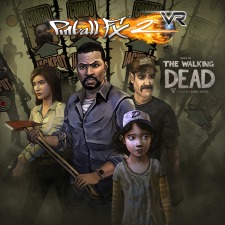 Thank you Zen Studios for sending us review codes for Pinball FX2 VR, Season One DLC, and The Walking Dead.

We have already reviewed Pinball FX2 VR  and the Season One DLC for the Oculus Rift.  Between the two versions, the Oculus Rift version is much more polished in looks and performance.  The first couple times I launched the game I didn’t let the intro finish before pressing the X button and I was greeted with a stalled game as a result.  If I let the intro do its thing it worked just fine.

The visuals are also much more crisp and detailed on the Oculus version.  We’re still using a regular PS4 so I’m not sure if this game is optimized for or benefits from using a PS4 Pro.  Other than those nitpicks Pinball FX2 VR is still a fun experience and worth checking out if you own a PSVR.

Since we already covered the other tables in our previous reviews I’ll focus on the new Walking Dead Table.  This DLC table exceeds the average table price of $5 by selling for $6.99 on the PlayStation Store and for $5.99 on Steam.  Though the price is steep, this is a pretty in-depth table that has a thirty-four-page walkthrough on Zen Studios’ website. 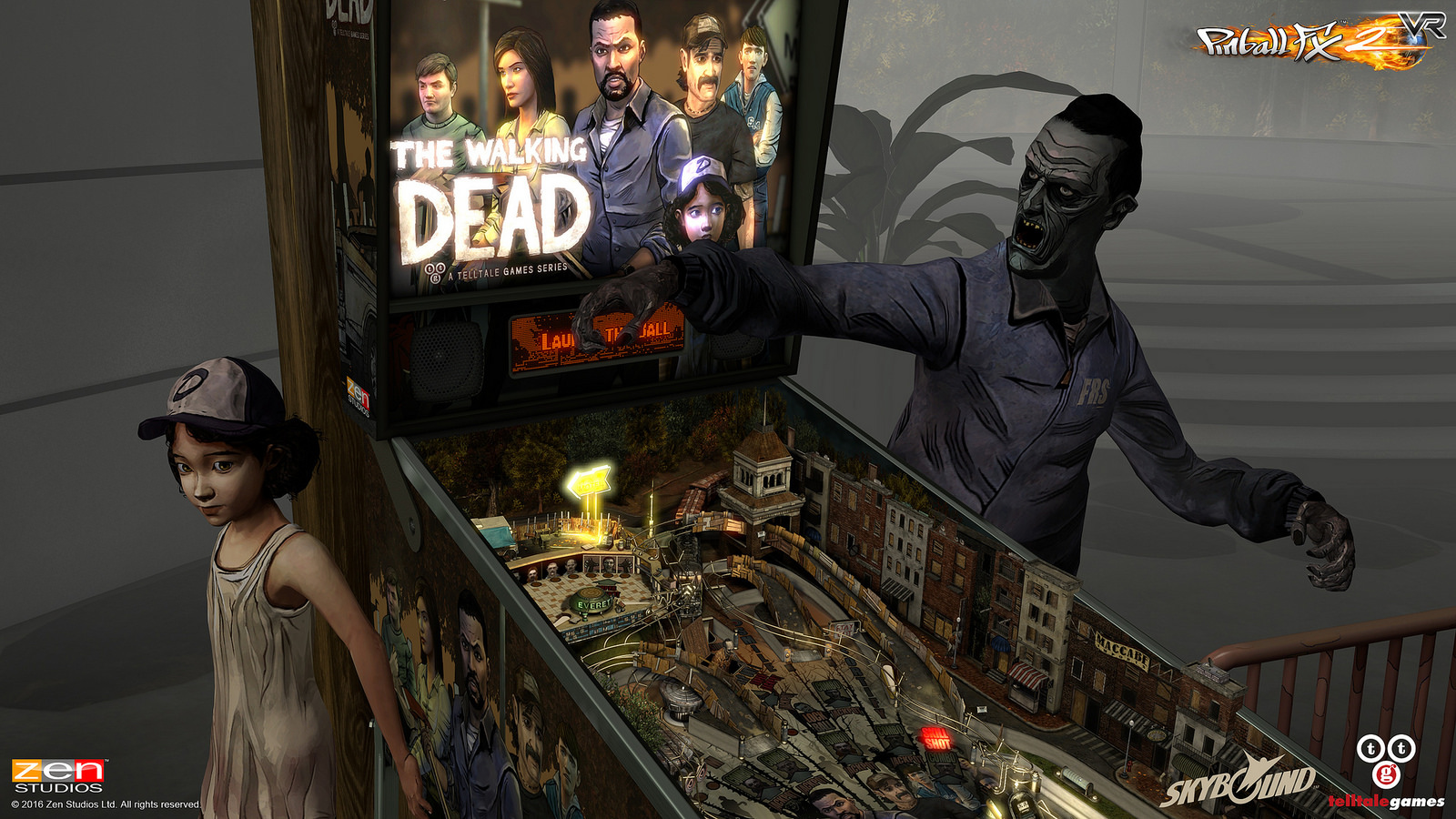 The atmosphere is great with a zombie to the right of the table and Clementine on the opposite side.  Occasionally arms will reach out from the top of the pinball table.  With the zombie sounds, attacks, and chilling atmosphere you’ll be on guard throughout the experience.

Like the popular Telltale Series, there are five episodic mini-games that you can trigger by hitting the ball in the proper places.  Many of the episode modes are timed and require you scoring a certain number of points or triggering certain areas with the ball within the time limit. 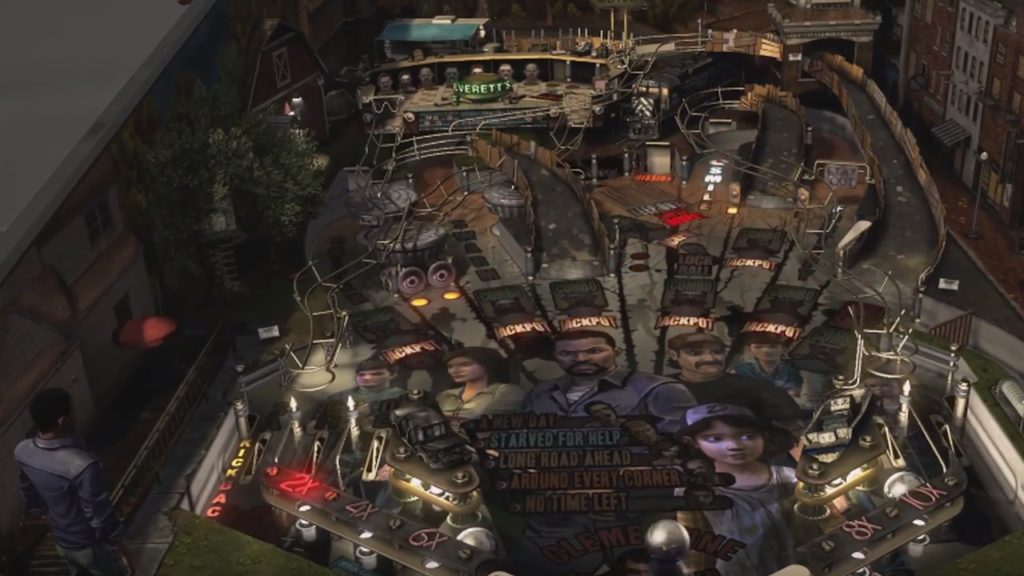 Throughout the episodes you’ll be asked to make choices and you can make your selections using the flippers and launch button.  One of the mini-games changed the game to a shooting gallery.  In this mode you have to avoid hitting the humans while shooting the zombies.  Both your time and ammunition is limited so be sure not to waste any time or bullets!

Compared to the adventure game, the violence is very tame and no blood or gore is shown.  The zombies look and sound gruesome though.  This table is sure to frighten younger children so be sure to let them play the tamer tables instead of this one.  The voice acting is the same as the original game and sounds great.   The Telltale game had significant language, but I didn’t notice any in this title.

If you’re a fan of The Walking Dead series or of the original Pinball FX2 rendition of this table, then it’s worth looking into.  The price is a little steep, but there’s plenty to do.  It’s definitely worth picking up if it goes on sale.