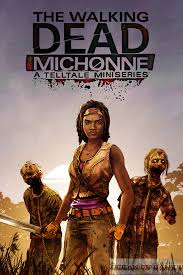 While I haven’t seen the TV show or read the Walking Dead comics that Michonne is based off of, I have enjoyed Telltale’s previous Walking Dead entries.  While these games have an adventure game feel to them, there is plenty of action with timed responses for dodging attacks from hostile humans and zombies or responding to questions to make a good impression.  The choices you make determine the game’s story progression and after completing this hour and a half episode, your responses will be compared to everyone else’s.

The previous Walking Dead games were longer with five episodes, but this mini-series is only three episodes long. The price is adjusted accordingly at $15 for the entire game.  Those who are familiar with the previous Walking Dead games will know to expect lots of language and blood spilled.    In this episode there was plenty of language with f-bombs and using God’s name in vain.  While no sex scenes are shown, there is an implied relationship between two male characters. 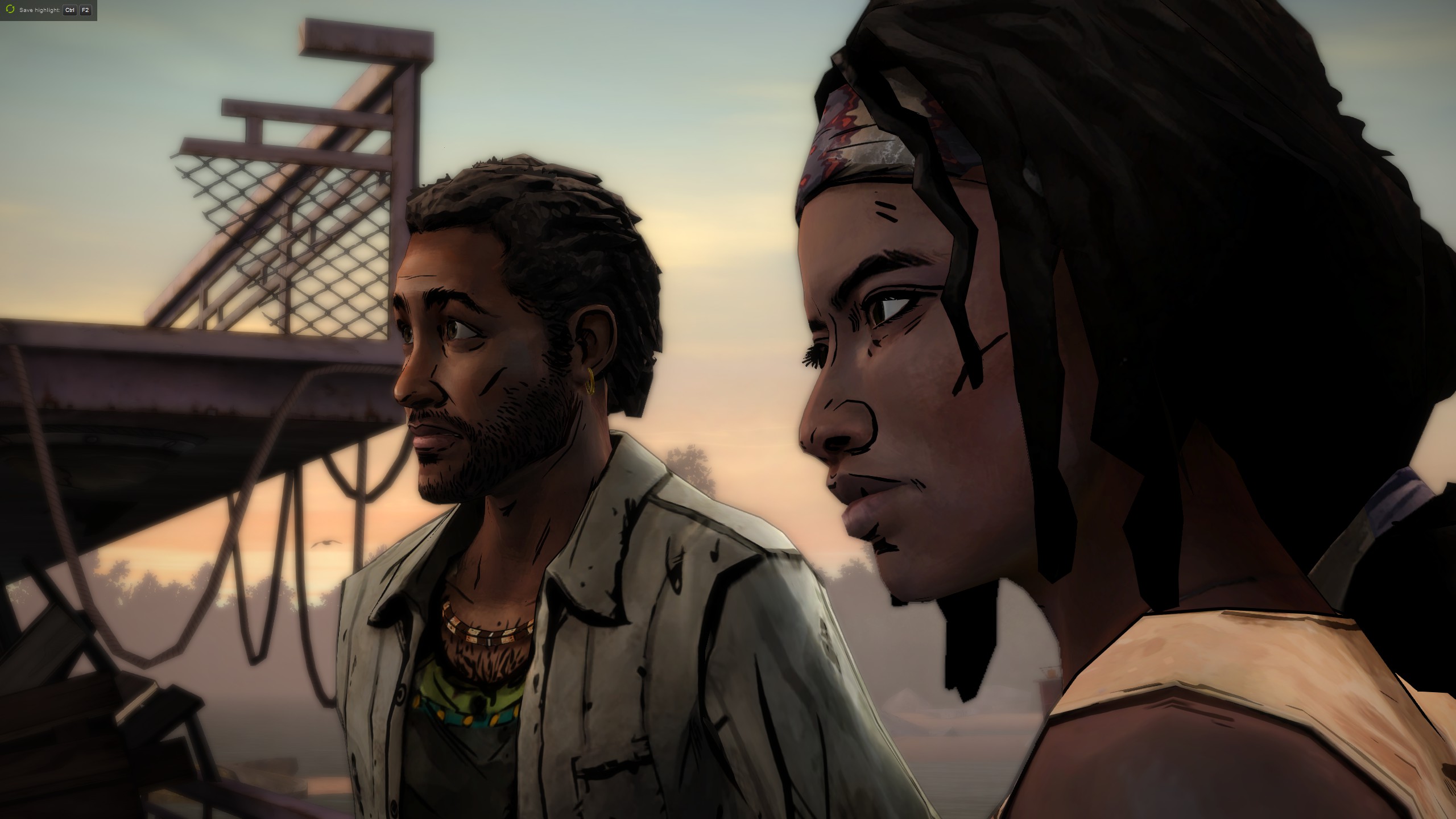 Strong Points: Great story that changes depending on the choices you make
Weak Points: Short with lots of quick time events/button mashing; confusing interface for setting the resolution
Moral Warnings: Lots of hacking, slashing, and decapitating zombies with blood spraying everywhere;  strong language including the f-bomb and taking the Lord’s name in vain

Michonne knows how to wield her machete and doesn’t hesitate to lodge it into the skulls or necks of bloodthirsty zombies.   After killing endless zombies and losing loved ones, she’s wondering why she should even bother living anymore.  One of the first choices a player can make in the game is to use her last bullet on herself.     Other choices the players can make is to encourage fighting, killing, or sparing the lives of different characters in the game.

When somebody dies in this game, it doesn’t take long for them to turn into a zombie.  The only way to finish them off is to damage their brain with a bullet, pipe, sword, or any blunt object.  It’s always tougher to put down a character that you got to know a little bit. 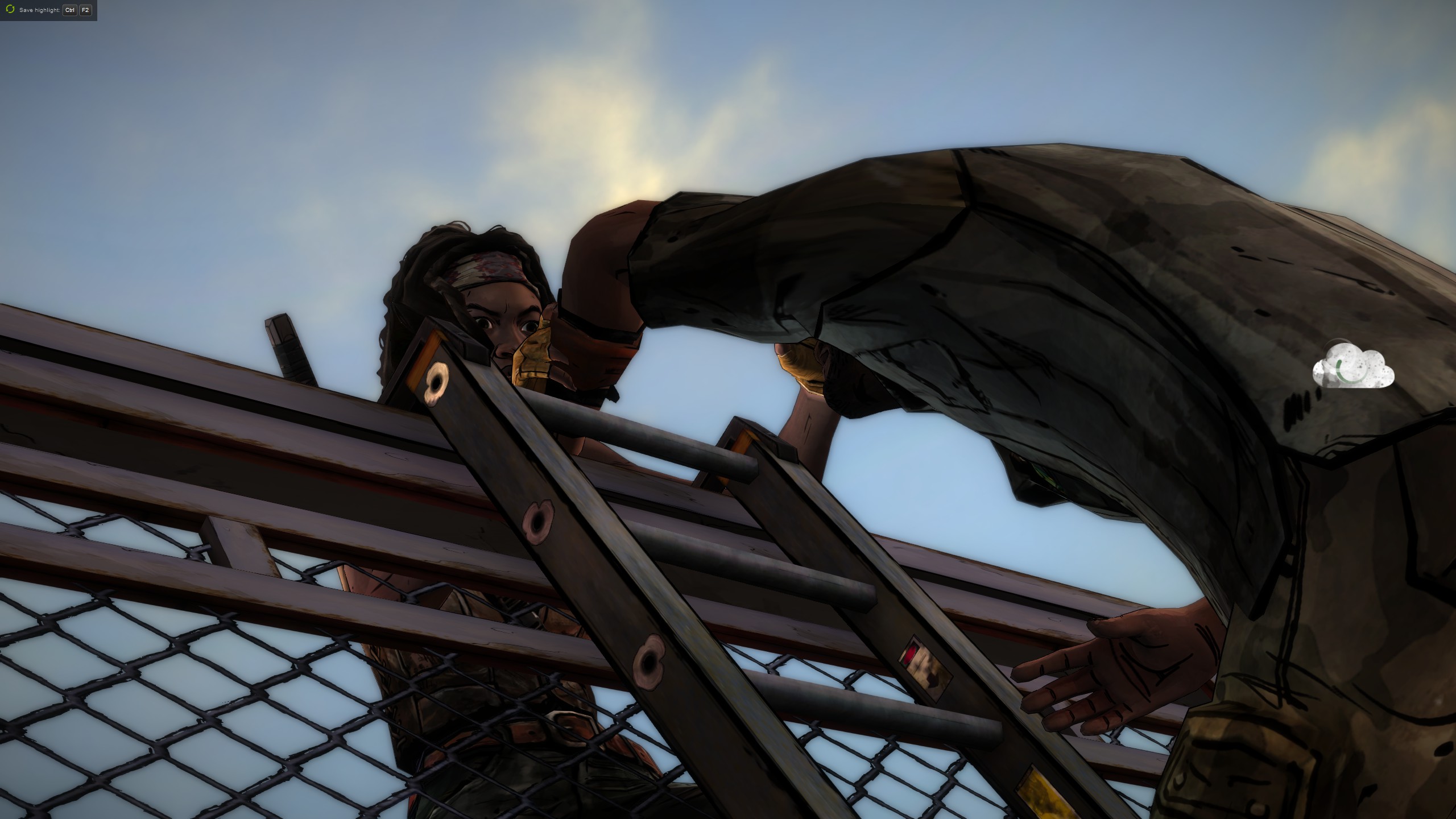 A good majority of this game takes place on boats which you would assume would be safe from walkers.  I was surprised to see zombies moving about underwater, but they do in this game!  Sadly, it’s not just zombies that you have to worry about.  While some of the people are kind hearted, many of them are desperate to do whatever it takes to stay alive.

While the game ran great for me, I did run into some confusion on how to adjust my screen resolution.  In the graphics menu I was able to set the game to full screen (it's windowed by default) and max out my screen resolution.  However, I didn't see any way to apply my settings after I changed them.  After going back to the previous menu and going back to the graphics options, my changes were lost.  The solution is to go back to the previous menu and then back to the main menu before the game prompts you to save your settings.  It's not very intuitive, but it works.

Overall, The Walking Dead: Michonne is a fun but mature game that should not be played anywhere near children due to its graphic violence and strong language.  Those who enjoyed the previous Walking Dead games will appreciate this miniseries.  Despite being shorter and having more quick time events than its predecessors, it has a solid story and likeable characters to reel you in.