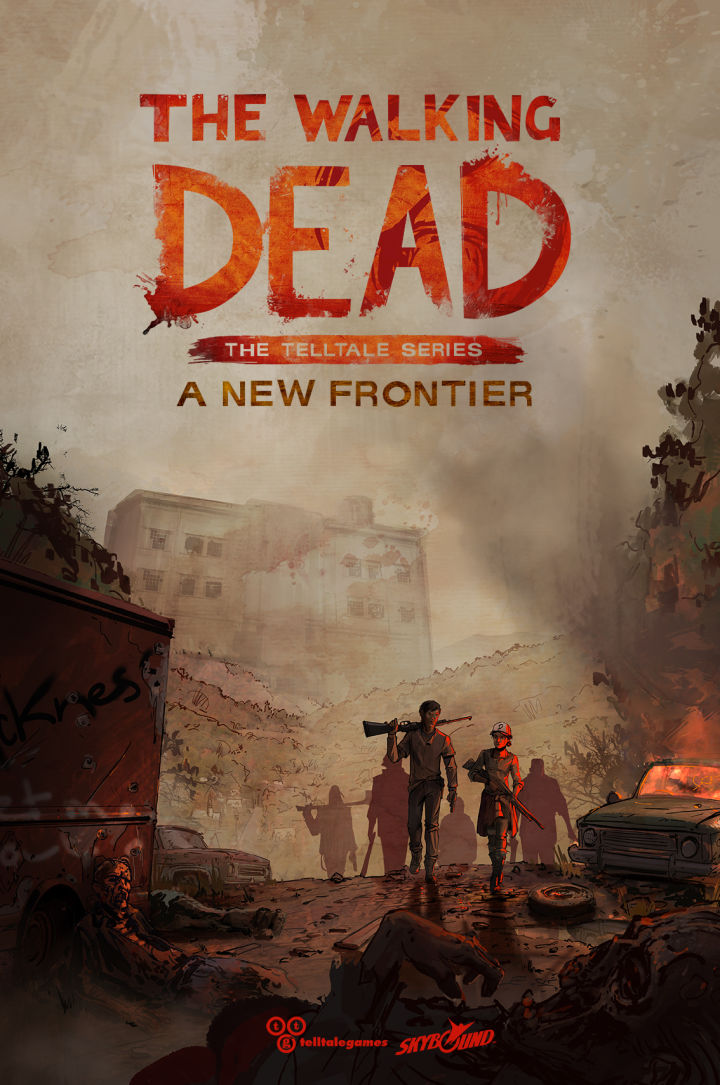 While I haven’t watched the TV series that Telltale’s adventure games are based off of, I have played and enjoyed the previous two games.  It was quite a ride watching Clementine grow up in a world overrun with zombies.  In these two episodes, she’s grown up quite a bit and is still quite clever.  Sadly, she’s developed a sassy attitude with a foul mouth to go along with it.  Granted life is bleak in in this dire world, and bad attitudes are commonplace.  It was a pleasant surprise to find some characters who appeared to be Christian and offered to keep my character’s family in their thoughts and prayers.

Clementine isn’t the main character in The Walking Dead: A New Frontier; that position is filled by Javier, whose life was forever changed after the death of his father.  While Javier was late to his father’s passing, he arrived in time to see his resurrection as a walker and turning some of his family members into zombies after biting them.  Since then Javier has been on the run with his niece, nephew, and his brother’s wife. 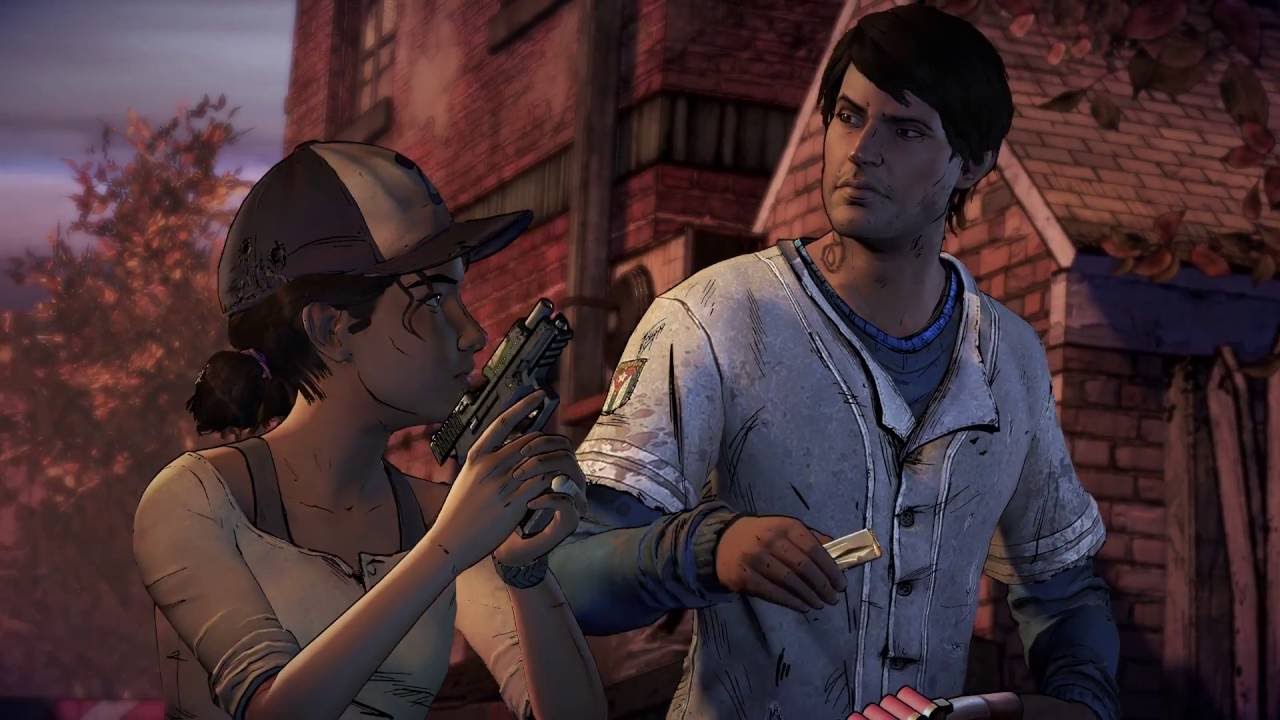 Strong Points: New characters are brought into Clementine’s life
Weak Points: Previous characters killed off in flash-back scenes; episodes are only an hour long apiece
Moral Warnings: Intense violence as you're smashing in zombie heads with whatever tools/weapons you have available; excessive profanity with f-bombs and blaspheming; sexual references and advances made; one of the characters smokes marijuana and offers you some

Javier and his family are barely getting by, but they are survivors and they are sticking together despite some personality conflicts.  His sister-in-law Kate is not the best stepmother as she openly smokes marijuana and offers to share it with Javier while the teenage kids are in the back of the van.  On a van ride to scrounge for supplies, Kate and Javier openly talk about the difficulties of raising teenagers and how “boners and bloody underwear” changes them.  When it comes to parenting, Kate tends to be the strict one while Javier is the laid back and cool uncle/father figure.

Javier is a good negotiator, but sometimes violence is necessary, especially when running into territorial and trigger happy humans.  Like many other Telltale adventure games, you'll have to quickly press the Q and E buttons to dodge and land attacks. Episode one mostly deals with Javier getting separated from his family and trying to desperately reunite with them.  During his time apart, he runs into Clementine who isn’t very trusting, but at least she’s not too quick to pull the trigger.

Besides walkers, many characters die in this episode including some from previous seasons who are offed quickly in Clementine’s flashbacks.  Everything is rather fast paced in these two episodes that only last about an hour apiece.  The character deaths in this episode give revenge as the only reason for living for a couple of the characters.  Not only is this attitude not ideal, it is not Biblical either. 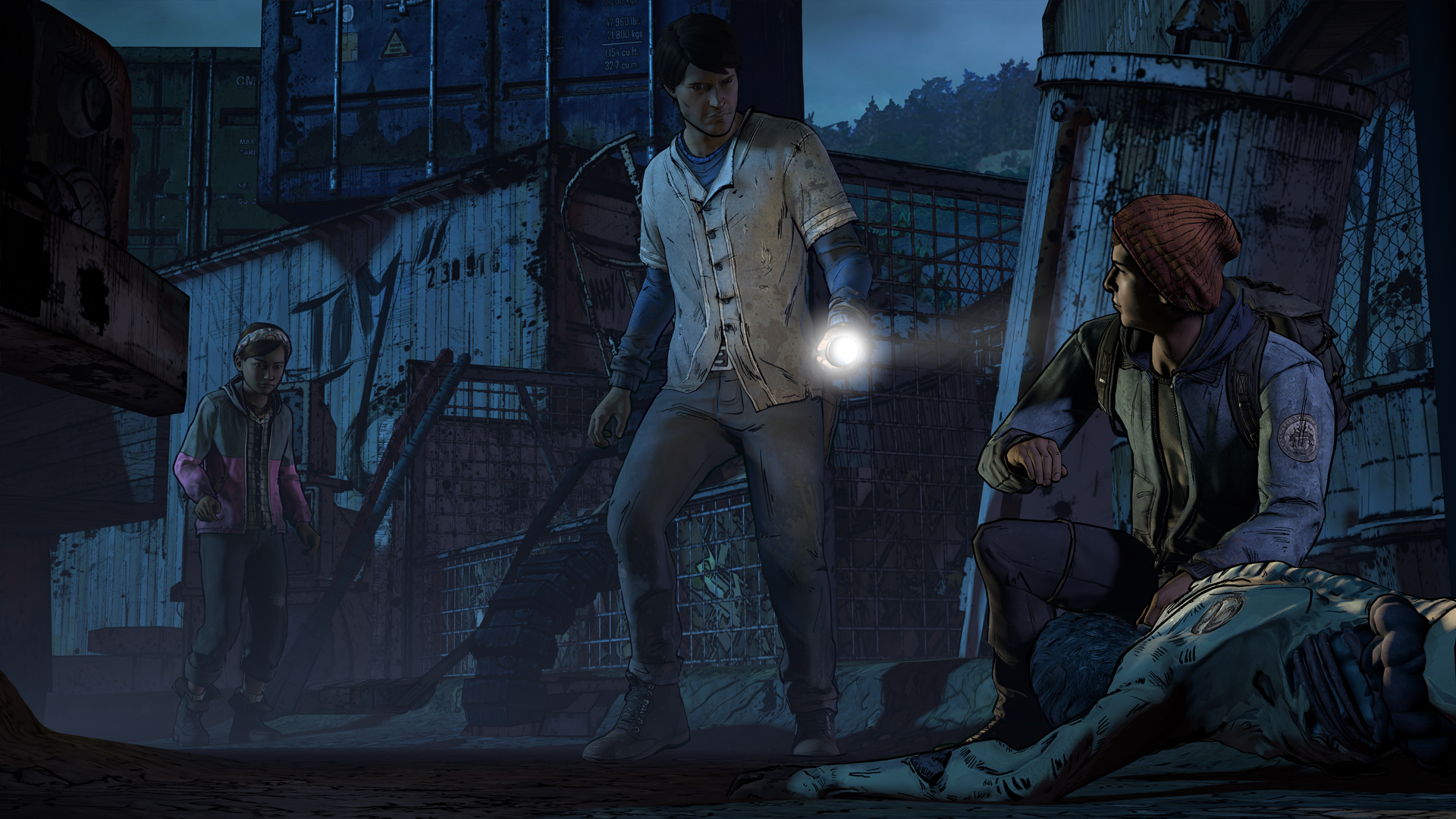 Given the amount of blaspheming in this title, chances are high that the characters in this game are not regularly reading their Bibles.  Other issues worth noting is the amount of blood and gore.  There’s a scene where you must help in the process of removing a bullet and it’s pretty intense. I had to look away from my screen a bit.  The groaning and screams from the patient were believable.  As always, the voice acting is top-notch.

Like other Telltale adventure games, the choices you make impact how the story progresses.  Many of the responses have a time limit and if you do not answer in time, your response will intentionally be silence.  There is a point in the game where you are a hostage and are told to keep quiet, and even if you do remain silent, you will still be scolded for talking.

While the writing isn’t as good as the previous two seasons, I still enjoyed it.  Since the episodes are only an hour in length apiece, I cannot recommend paying full price for a shorter game that does not uphold the quality of its predecessors.  Please consider the violence, gore, sexual references, drug use, and intense language before picking up this game.