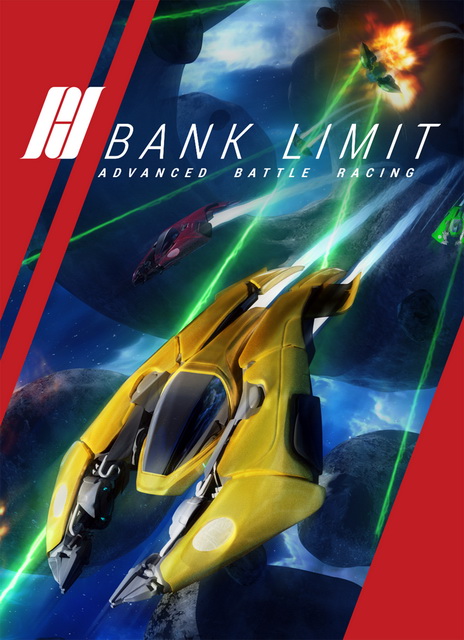 Thank you Tastee Beverage Studios for sending us this game to review!

Once in a while, you play a game that could have been great, but….  Unfortunately, Bank Limit is one of those games.

In Bank Limit, you race against other (computer controlled or human) racers through a set number of laps on a track.  If you see them in your sights, you can blast at them with weapons that are mounted to your vehicle, which are aimed by simply looking at them.  Blowing them up is not fatal, but it sets them back enough to allow you to go right past them.  You can also boost and slide around the track, gaining advantage over your foes.  And you can even fly.

The basic premise is great, and something I was sure I would enjoy.  Here is a VR racing game, following the style of F-Zero or Smash Karts Io, with what appears to be very smooth and high speed racing, along with inter-vehicular combat.  What’s not to like? Unfortunately, my hopes were quickly dashed once I started it up.

There are several areas where Bank Limit falters, and a few where it succeeds.  It needs to be said that the main racing game engine is actually pretty good.  There is a decent (but not great) sense of speed, and zooming up and down steep hills and drops is a lot of fun and feels like you are on a roller coaster, in a good way if you have your VR legs.  (VR legs refers to an ability to handle motion in VR that doesn’t match your body.  Some people get nauseous.)  Shooting your opponents is a little clunky, but works okay in VR.  The sound effects also work well enough. 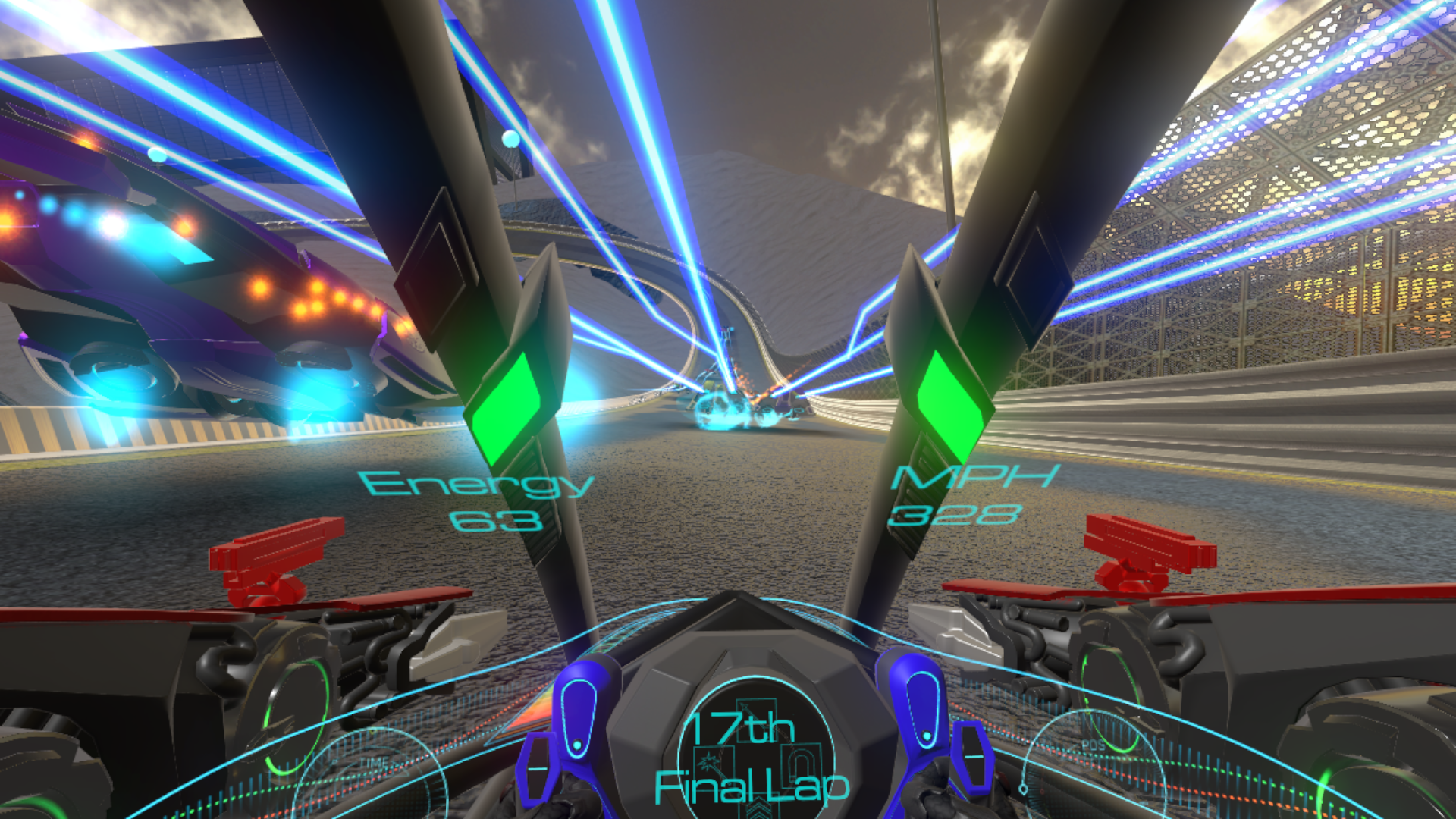 But what doesn’t work is unfortunately a lot.  It must be said that I played most of my time with this game in VR, using an HTC Vive.  The Vive motion controllers make the game nearly unplayable, so I used an Xbox One controller.  You can also play without a VR headset, but I found the control scheme to be much less pleasant, since aiming while driving is easier said than done.  If only the issues ended with the choice of controls….

After launching the game, you see a main menu that you don’t immediately know how to navigate.  In order to use the menus, you have to use a rather strange combination of pointing at things with your head and choosing things with the gamepad.  It’s really, really strange.  Perhaps it makes sense with a mouse and keyboard, but here it’s just odd.  You do get used to it though, and I was able to navigate around okay.  But I had to learn how to use a menu.  Consider that for a moment.

Once I got that figured out, I was looking for some help on how to play.  There is a manual, but it’s also a tragedy in interface design.  There are something like sixty pages, each one of which is very short.  There are a lot of buttons with various functions to remember, and a lot of tips dispersed in there, but no context to apply it to.  There is enough complexity in this game that it really needs an interactive tutorial.  It would go a long way in helping with this.  As is, it’s difficult and unwieldy. 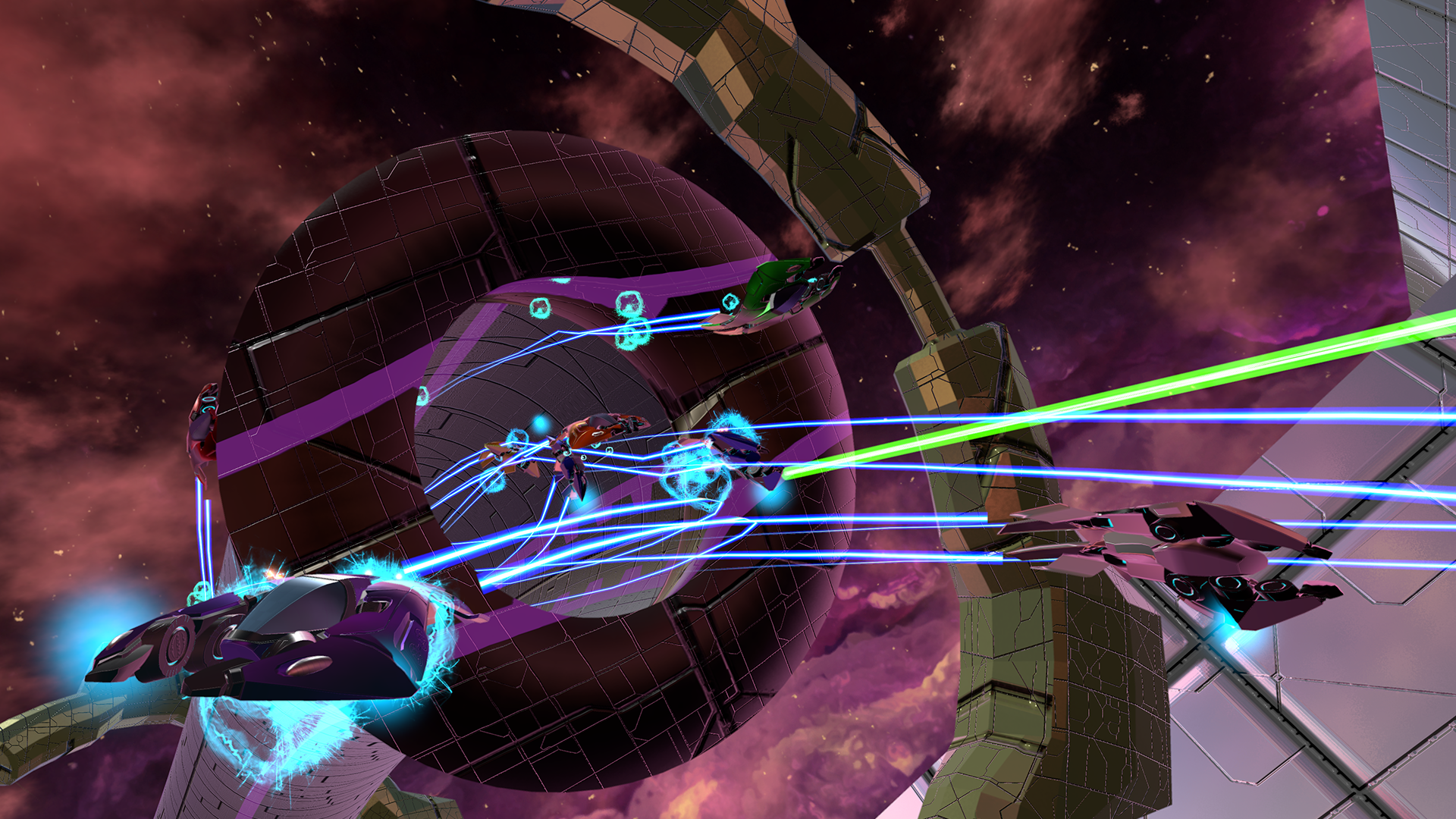 Once I figured out how to boost and slide around, shoot my foes, and what button means go, I found the first few levels of racing enjoyable.  There are still a lot of features that I don’t understand how to use, or maybe I’m not using correctly, but without any kind of interactive tutorial, there’s no way to know if I’m doing it right.  Unfortunately I had to get to the first level with flying.

This level reminded me somewhat of Rainbow Road in Mario Kart; there are lots of opportunities to fall off to your doom, and there are even sections of track that are missing, where you fall/float/fly to the next section of track.  Except that you can miss.  Especially if you are in slidey boostey mode.  (It’s hard to describe, but you move differently and a bit faster when you hold the triggers.) Being the stubborn type that I am, I tried this level at least a dozen times, and never was able to finish it.  And not only that, but I found that falling off spun you around or floated you down in really uncomfortable ways.  This caused the worst VR nausea that I have ever experienced.  And since I stubbornly kept trying, it got worse and worse.  For the first time since I have owned my HTC Vive, I ruined the rest of my day via VR nausea.  No game is worth that.

It’s a shame, really.  Bank Limit has some great ideas, but a seriously flawed implementation, along with a serious lack of polish, holds it back from something I, or most others, could recommend.  Sadly, the Steam reviews currently reflect this at the time of this writing, with 100% negative reviews.  While I hold out hope that the developer can address these issues and turn Bank Limit into something fun and worth playing, in its current state, I have to agree with the Steam reviewers.  Avoid.  On the plus side, morally the game is squeaky clean outside of some non-fatal vehicular combat.