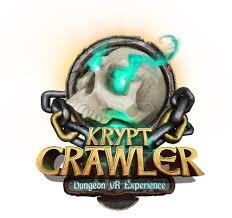 Thank you Headup Games for sending us this title to review!

I have played many different game genres in VR and KryptCrawler is the first virtual reality dungeon crawler I’ve played. The concept is great and there is potential, however the execution is poorly done and I’m wondering if the endless dungeon mode will ever be completed or if the developers have abandoned this title.

You begin the game in a dark pit. The ground is muddy and the atmosphere is black. A voice is calling out to you asking to be saved and promising to grant your wish if you rescue them. Since there is nothing better to do, you may as well see what the fuss is about and enter into the foreboding crypt. There are many skeletons of those who have gone in before you and warnings of ignoring the whispers.

In the beginning, you’ll be unarmed. Thankfully, the first of twelve dungeons has a sword and shield for you to locate. Later in the game, you’ll get to equip a bow and arrow. At first, the giant spiders you come across will scurry away, but their fear of you is short lived. There isn’t much room for exploration since there is only one correct path as others have temporary obstacles blocking them. After you find the sword, you can go back and break all of the giant pottery and strike down the thick spider webs that were in your way previously. The shield will come in handy for blocking fire and acid hurled in your general direction. 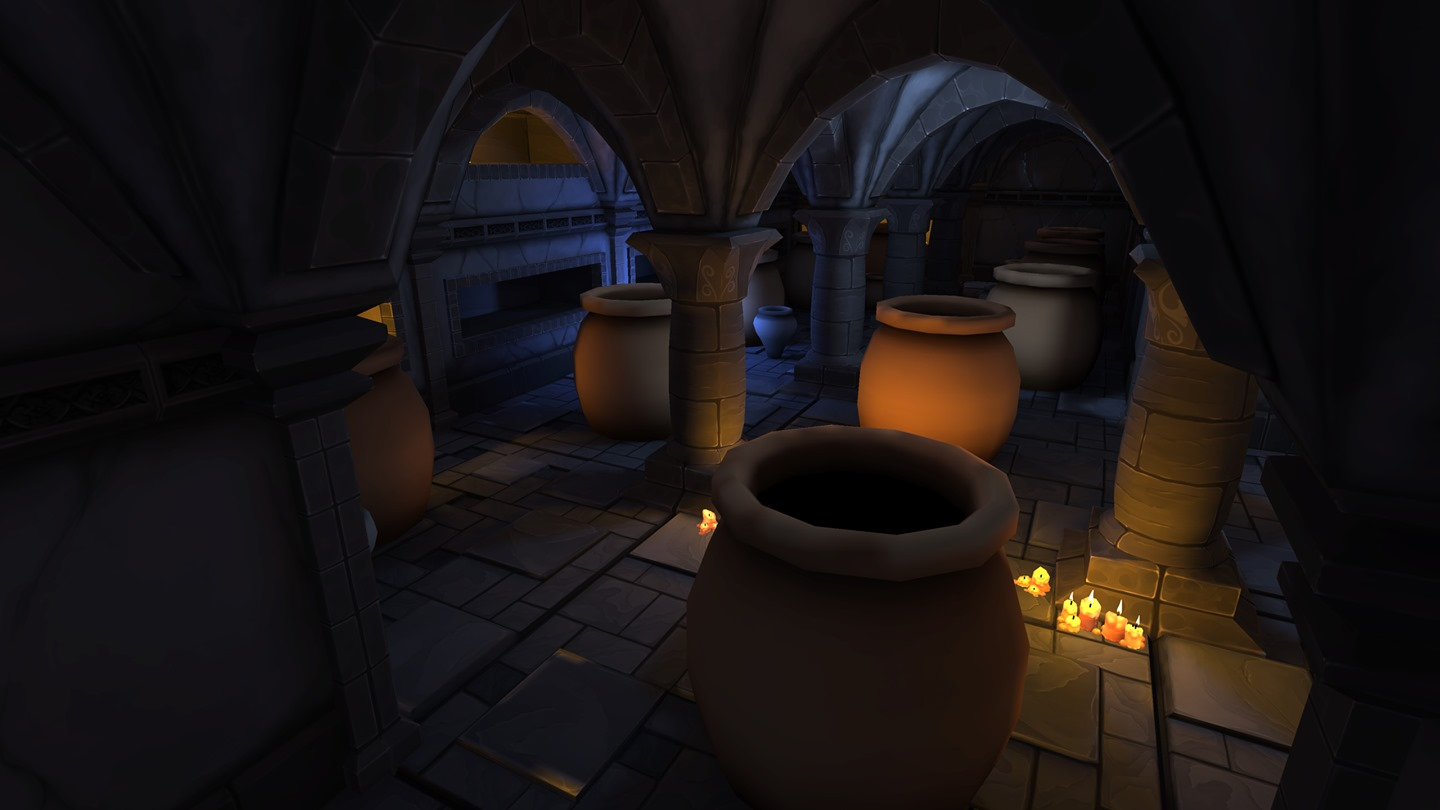 Strong Points: Low price; fun if you can get used to the controls and not get nauseous
Weak Points: Clunky controls make it frustratingly hard to do a simple act like drinking a nearby health potion
Moral Warnings: Undead warriors and violence

Attacking is pretty straightforward and you can continue to do so as long as you have enough stamina and health. Stamina is replenished by standing still but health can only be restored by drinking nearby health potions or by visiting a save spot. The second option will fully heal you and is a lot easier to activate than the healing potion unfortunately.

The biggest downfall of the game is the controls. It’s pretty frustrating to stare at a needed health potion and struggle to simply pick it up. You have to move the Touch controller to the correct pixel to activate the pickup icon. Pushing buttons and grabbing other objects like keys is much easier than healing potions for some odd reason.

You’ll come across many locked doors that can be opened with keys or by pushing a nearby wall button that’s a pain to see or hidden by a slightly protruding tile. Like any good dungeon crawler, there are plenty of pressure plates to step on that activate traps or necessary unlocking mechanisms. 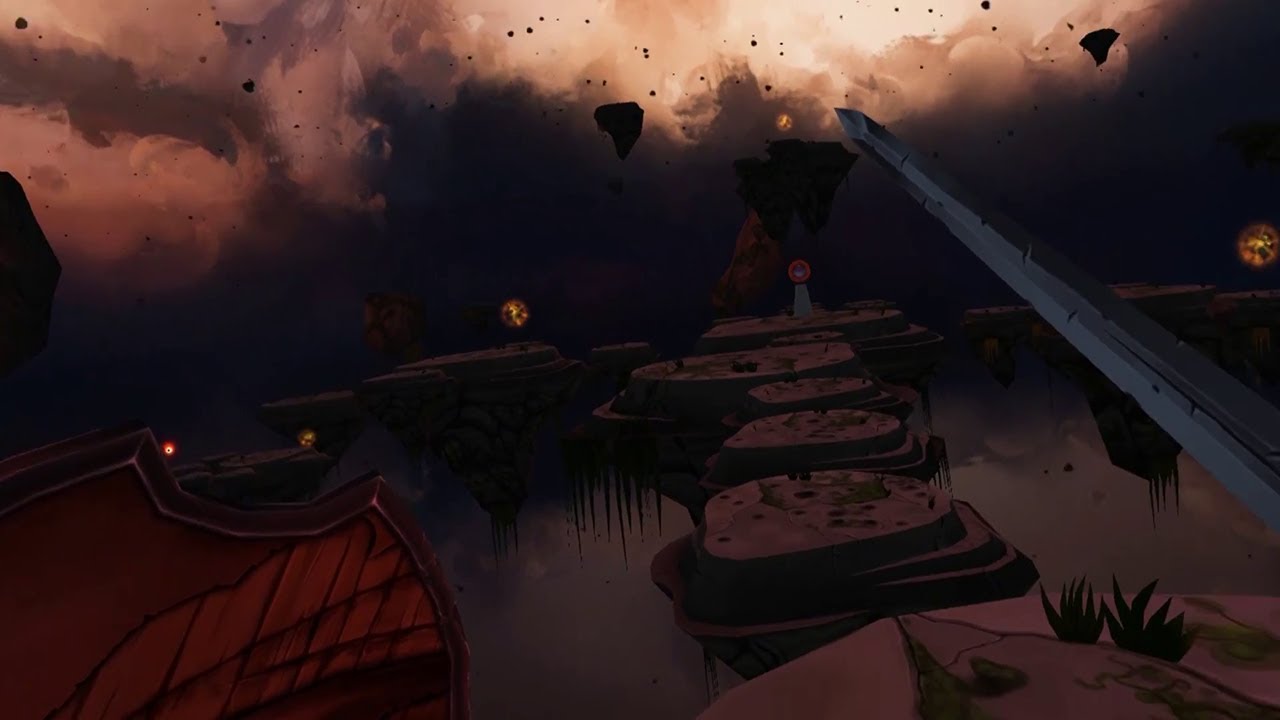 The enemies range from big spiders and scorpions to undead skeletons. Even bigger versions are available as boss fights. Like many boss battles, they have an attack pattern that you’ll need to work around and strike them when their guard is down. When resuming the game, you can start at the last dungeon left off at. There’s a menu option for an endless dungeon, but it’s not available yet with no estimated delivery date.

Currently, KryptCrawler is only available for Oculus devices like the Rift and Gear VR. The mobile version is half the price of the PC one. Unfortunately, both versions have complaints regarding the game’s control system. While I didn’t get nauseous while playing the game, I definitely felt woozy afterwards and had to enjoy this title in short spurts.

For a $5-$10 game, I can’t complain too much about it. The visuals are decent and the enemies are pretty creepy, especially if you’re not a fan of spiders. Perhaps this title can help people overcome arachnophobia? Like many fantasy tittles, there are skeletons and undead creatures to contend with.

If you enjoy dungeon crawlers, KryptCrawler is worth checking out. Just don’t expect a lot of options for exploration or the endless dungeon mode to ever be completed at this rate. It would be great if the complaints about the controls were addressed too. I’m not aware of any plans to bring this game to Vive so it may be abandoned and left in its current state. If KryptCrawler goes on sale it may be worth picking up, but I wouldn’t recommend paying full price for it.