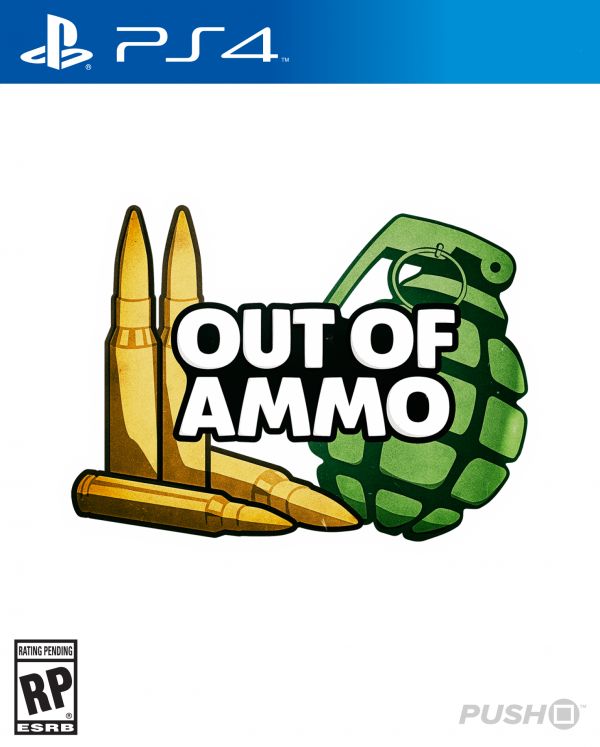 Out of Ammo originally launched on Steam in the fall of 2016. It has positive reviews and I can see why Oculus and HTC Vive users enjoy this game. In the past I have been disappointed with the PSVR limitations ruining otherwise great games. Sadly, this is one of those cases. If you have the means to play this title on another platform, I highly recommend doing so.

When launching Out of Ammo you’ll be taken to a hub where you can read about the controls, arrange multiplayer sessions, select a single player mission, or enjoy the shooting range. The controls are neat in this 3D virtual reality shooter/strategy game. As the title suggests, you’ll often run out of ammo and will have to reload your weapon manually each time.

Before diving into any of the maps, I strongly suggest going through the tutorial level. In the tutorial you’ll learn about the various defensive structures and soldier types that you can temporarily take control of. In the eight survival maps, you’ll have to see how many waves of enemies you can survive against before your headquarters is compromised. Every so often, a helicopter will drop off some supplies and soldiers to put to use. 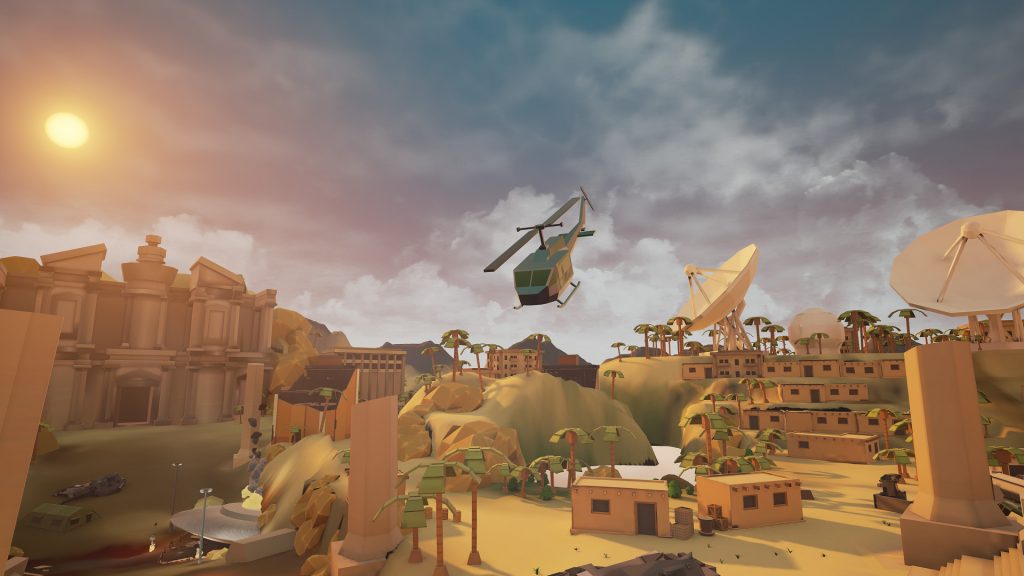 The supplies can be used to build structures like sandbag bunkers, machine gun turrets, sniper towers, and tents for engineers/medics. Engineers are needed for building and repairing structures while medics tend to wounded soldiers. Riflemen can be stationed at the bunkers and machine gun turrets. Snipers are intended for the towers to give them good visibility. Rocketeers can go anywhere but some form of cover will keep them alive longer.

The AI is pretty good and the soldiers will fight back when enemies attack them or come within range. You do have the option to control any unit for a limited amount of time. You can control the solder until they run out of ammo or time. There is a cool down period before you can take control of the same unit again.

As you hold down the base you’ll earn command points. You can spend these points on specialized attacks like a guaranteed sniper shot, artillery assault, or an air raid. Just like controlling units, there is a cool down period before you can utilize the same attack again.

Aside from the survival maps, there are three somewhat story driven ones. In the Overwatch map you play as a sniper who must protect an allied crash site from enemy soldiers closing in on it. The Vertigo map is my favorite which has you trying to hack a computer while surviving waves of enemy attacks as the files slowly transfer onto the USB drive. The Icarus mission puts you as the only survivor in a crash site and you must stay alive for eight minutes while a rescue team is dispatched to your location. The ammo is scarce and scattered around. Each bullet counts in this mission. 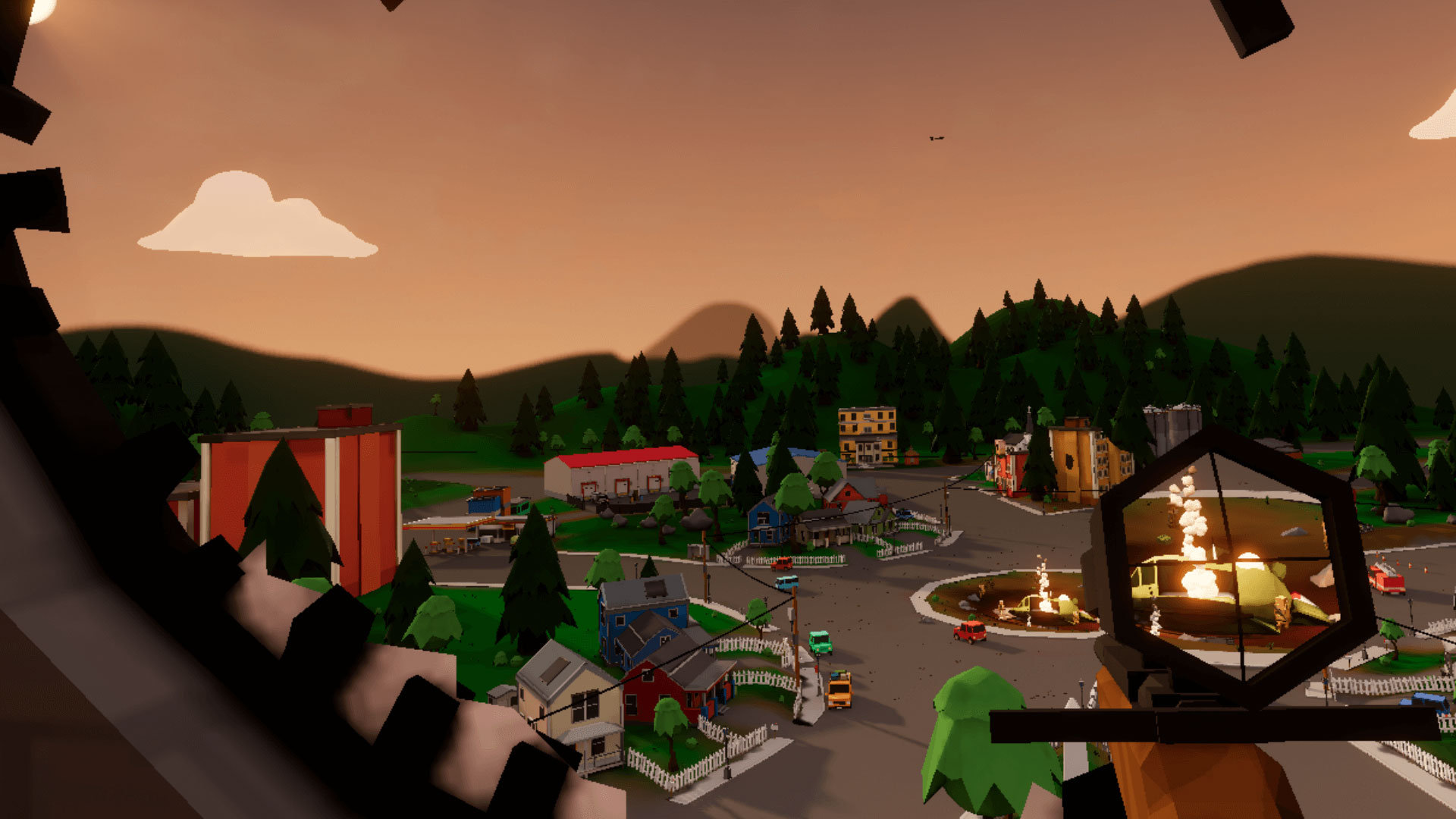 Each of the maps takes place in a different environment and they provide both variety and unique challenges. The graphics are cube/Minecraft stylized. When a soldier is wounded, bright red and pixelated blood is shown. If a medic does not arrive in time, bodies will disappear after a short while.

There is no background music, but the limited voice acting is well done. The sound effects are fitting too, since the online gameplay supports voice chat, your mileage may vary when it comes to cussing. Thankfully, the people I played alongside didn’t swear.

It didn’t take long to find someone to join me in a multiplayer mission. Having allies makes the missions much easier. When all of the players die, the mission ends. There is no respawning.

There is much to like in Out of Ammo. The controls are a little confusing at times but pressing random buttons eventually gets me the desired result. Unfortunately, the experience sours when the poor tracking and calibration issues rear their ugly heads. This is not the fault of the developers, but of the hardware limitations of the PSVR. I cannot stress enough that if you have the means of playing this game on another platform, to do so.