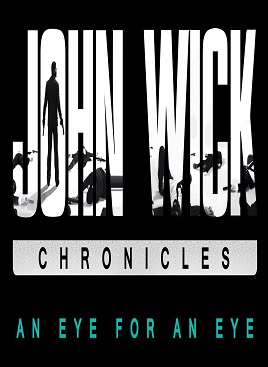 Thank you Starbreeze Studios for sending us this game to review!

John Wick is a rather popular new movie series starring Keanu Reeves that is celebrating its second chapter in 2017. In many ways it is a violent, bloody revenge flick that wears its over the top gun play on its sleeve. Despite this, it does have enough of a plot to keep many viewers interested, and high enough quality cinematography to become a very popular movie series for the many who enjoy intense action. Capitalizing on this popularity, they produced John Wick Chronicles to coincide with the release of John Wick Chapter 2 the day after.

In John Wick Chronicles, you get to hear the comforting voice of Charon (Lance Reddick) welcome you back to the hotel and offer his concierge services for you. He also accompanies you to your room, as well as the four levels available for you to play in. There is one training room, as well as three other levels that take place on John Wick set pieces. There is the parking garage, the rooftop, and a yacht. 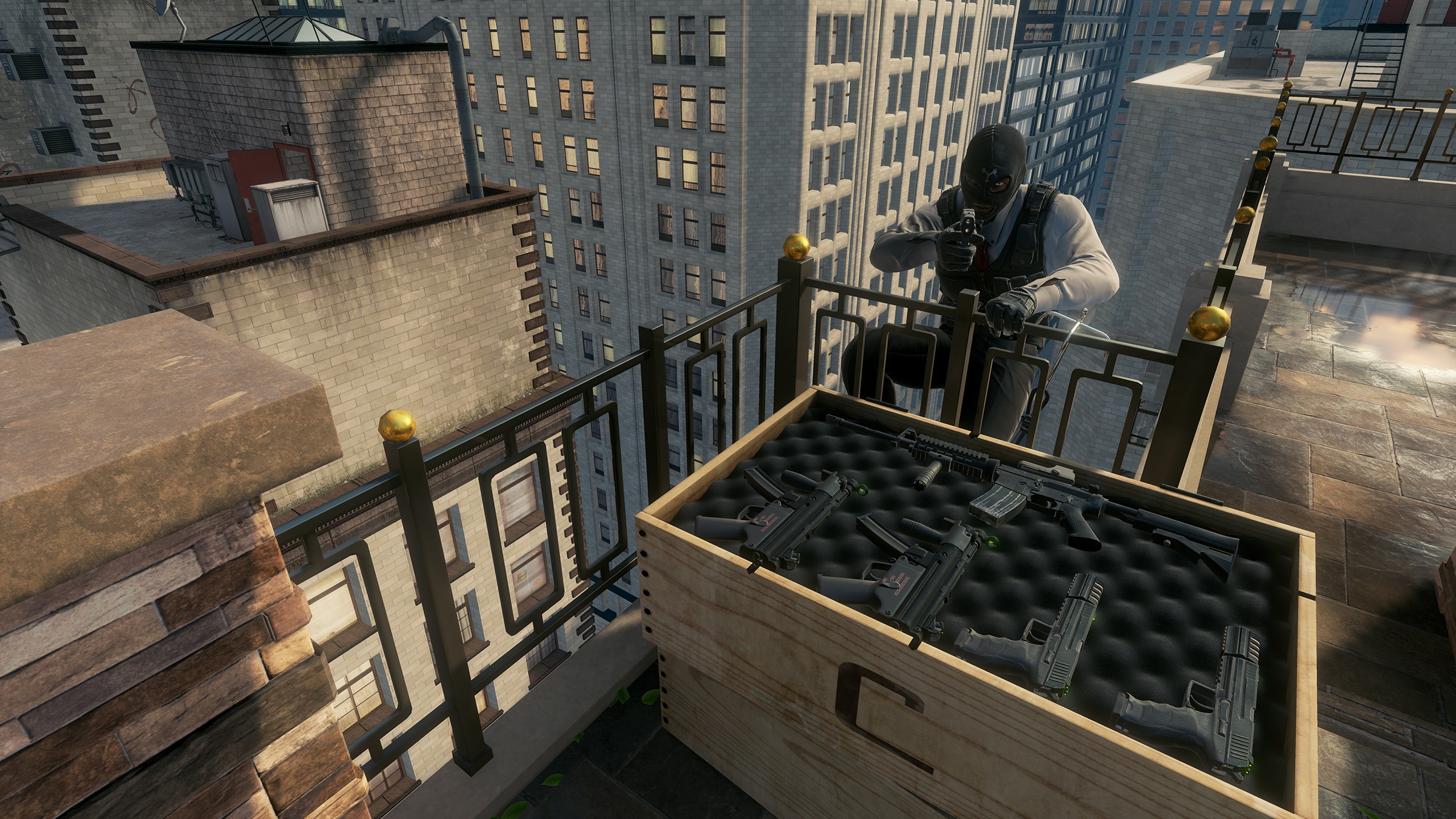 Charon's voice lets you know when enemies are outside of your field of view, if you run out of ammo, and various other things, like congratulating a good shot. Taking place in first person virtual reality (VR), you have enemies that can appear anywhere around you, though thankfully you get a hint when they are elsewhere based on not only Charon's voice, but also hit directional markers that flash when you are shot.

Enemies drop health, armor, or weapon upgrades when killed. You can also unlock additional weapons in training mode, which can allow others to show up in the levels you are playing. I really enjoyed it when I had dual machine guns, and was lucky enough to get laser sights for both of them. It does seem like if you put down a gun the upgrades are lost though, so you may want to stick with whatever you like best for the level you are on. On the rooftop level, I would typically grab a sniper rifle in one hand (yes, you need two hands for one of these in real life, but not here) and a machine gun in the other. Once the distant roof was clear, it was dual machine guns all the way. Though I did enjoy the infrared upgrade for the sniper scope; you can peek through that scope, and it makes shots a lot easier with the higher contrast of infrared sights.

The gunplay is very accurate and works well. It's definitely fun to shoot the many bad guys in a kill or be killed environment. It can be tricky to know how damaged you are, but once the screen starts getting dimly red, you better be careful or grab a health or armor pack, or you will be in big trouble shortly. 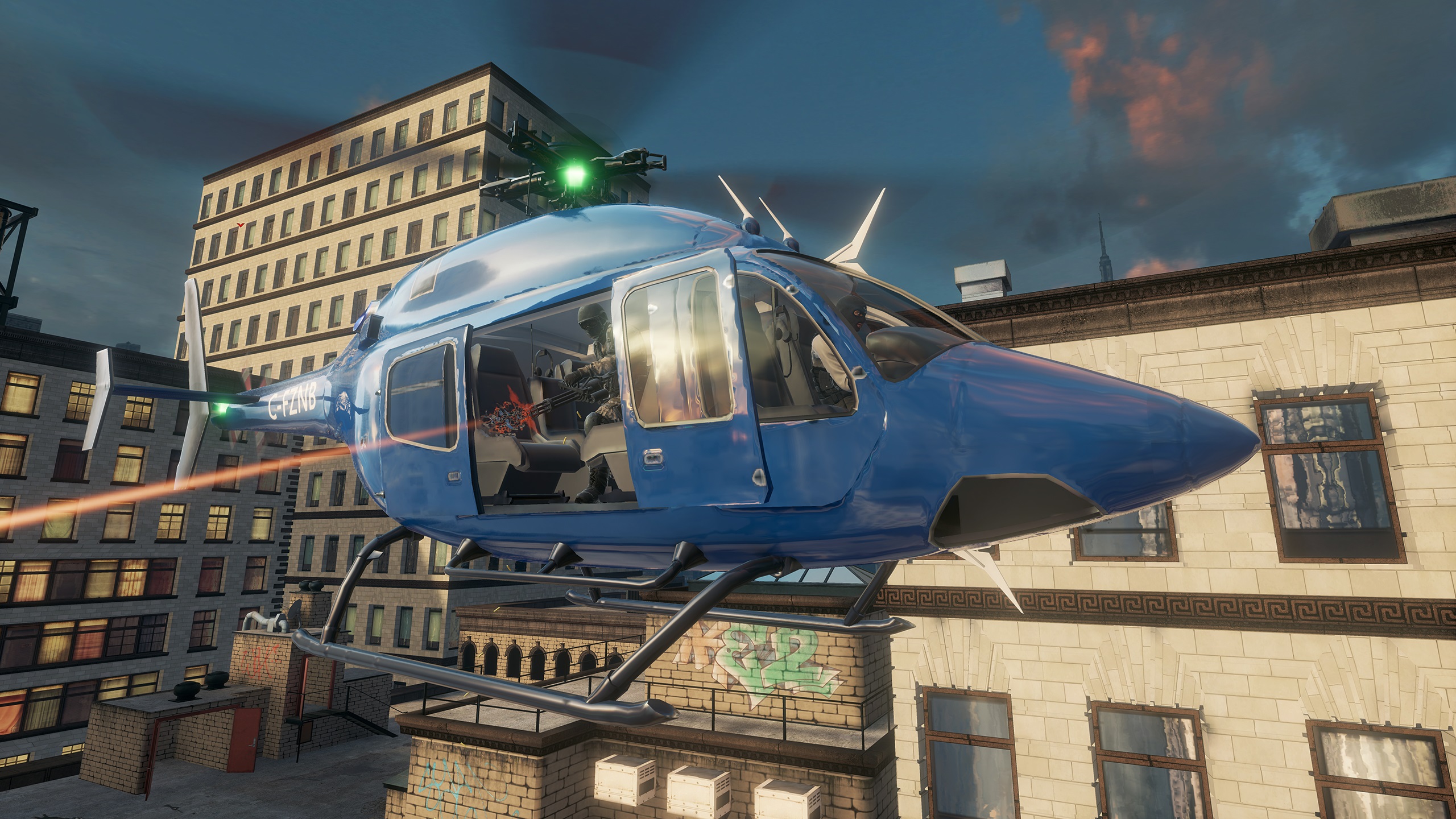 As you can probably imagine, this game has a ton of violence against human subjects. You basically shoot everything that moves, or they will shoot you first. Enemies can take several bullets to take down, but nothing too obnoxious like bullet sponges. Most enemies don't bleed, but there are exceptions, like boss battles. I noted Charon saying '*ss', 'd*mn', and the Lord's name in vain, in the form of 'Jesus Christ'.

I have tried this game on two computers, one with an AMD 290X, and another with a NVIDIA 1070. It definitely performed better on the latter, which is not too surprising. Even still, it did have major frame rate drops in places, though nothing that made it unplayable. Otherwise the graphics do look pretty nice, with the enemies easy to spot in the detailed backgrounds. The voice acting is excellent, and the sound effects kept things intense. One complaint is a common one; the game may choose to flip your left and right hands. It's not too difficult to switch them out, but you may need to switch back before playing another VR game.

John Wick Chronicles is a violent but entertaining shooter, mostly meant for fans of the movies. If you are a fan, then I would look for this game during a sale; I am not sure it is worth full price for something that can be completed in under an hour. I would honor the M rating and keep this from children. If you are an adult and already watch the movies, then the content should not be a surprise at all. I would say that the content here is much less bloody and gory than the way over the top movies that it is based on.