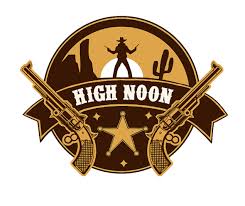 Thank you Buka Entertainment for sending us this game to review!

You’re the new sheriff in town and there are plenty of troublemaking cowboys and cowgirls that need to be shot down before they put you six feet under. The enemies come in waves and are worth more money in later waves. If the hordes of enemies don’t pose a challenge to you, the intimidating bosses might.

There are nine campaign levels that unlock quick play maps as you go through them. The goal in quick play is to survive as long as you can, but the campaign levels have additional objectives that need to be completed in order to advance to the next one. An example of the hardest objectives for me was making it through a wave without losing any health points. Other objectives include getting a specified number of headshots or shooting down a certain number of dynamite sticks hurled in your direction.

You can use dynamite too if you purchase it as a weapon option at the wagon. Other weapon upgrades include revolvers, shotguns, harpoons, and a Gatling gun. Weapons can be further enhanced at the workbench if you have the funds available. Unfortunately, it takes a while to save up enough money for the weapons and you have to purchase them twice if you wish to dual wield. Completing objectives gives you a decent pay bonus so they’re worth doing.

There are different types of cowboys and cowgirls to shoot at and the females are a little bit quicker. A harpoon can slow them down but doesn’t do much damage. Time slows down when you shoot TNT barrels so that may help as well. The environment is destructible so you can break a lot of glass and can even shoot the hats off of the bad guys. 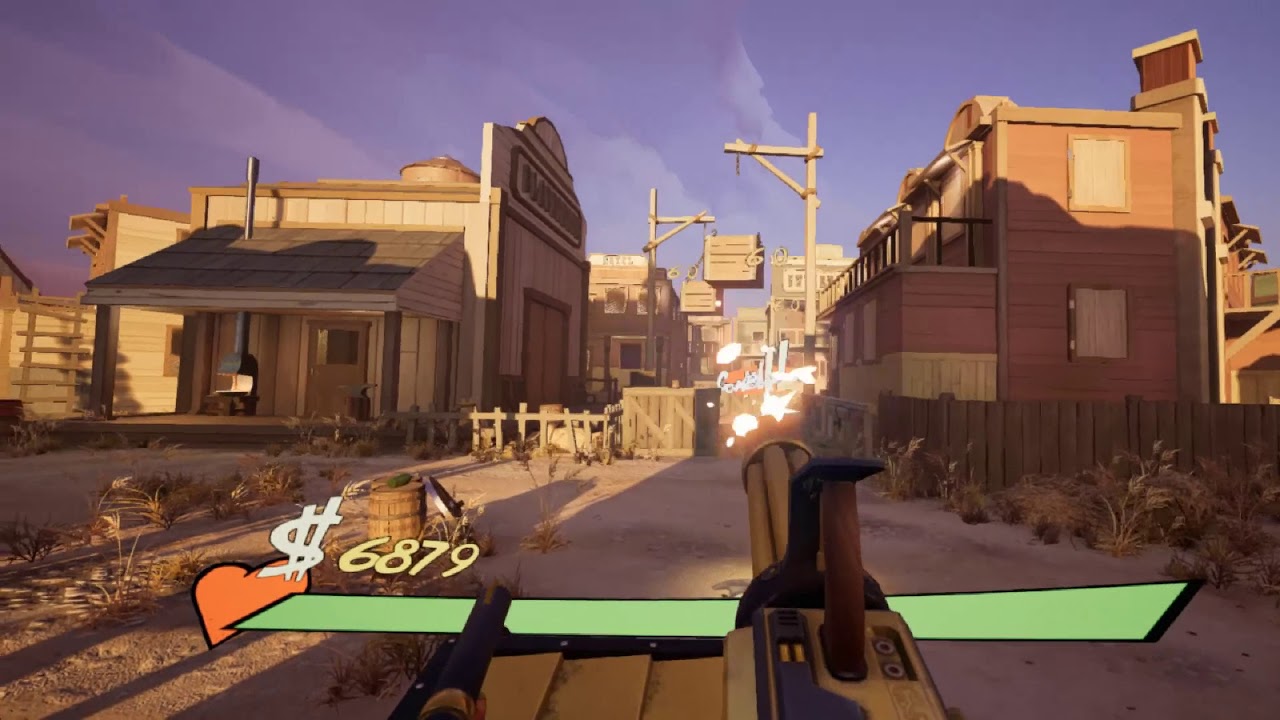 When you shoot the enemies, there will be an orange flash by the area hit but no blood. There’s an overly chatty narrator that swears (bad*ss) and refers to the cowgirls as chicks and skanks. People on the Steam reviews have been annoyed with the narrator and the developer responded with an option to disable the voice. Unfortunately, my review build does not have this option; I can only lower the music and sound effects volumes.

Visually, this game is pretty good though the models only have a couple of different outfits and you’ll have a bunch of lookalikes in each wave. Though there are not many maps, variety is added by having the shootouts happen at different times during the day/night.

In the end, if you’re not sick of VR stationary shooters yet, High Noon VR is worth checking out. The gameplay can get repetitive so I would recommend picking it up on sale and I have seen it as low as $4.99 which is a good price. There’s a decent amount of weapon variety to keep things interesting, but you’ll need to spend a lot of time saving up to use most of it. Thirty-seven Steam achievements await you if you enjoy collecting them.