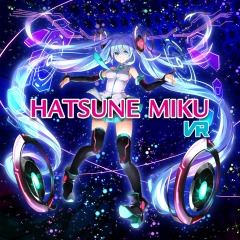 Thank you Degica for sending us a review code!

I’ve had the pleasure of reviewing several Hatsune Miku titles through Sega. Hatsune Miku VR is the second virtual reality game I’ve played and the first from Crypton Future Media. I enjoyed Hatsune Miku: VR Future Live on PSVR, so comparing them should be interesting.

For $25, you’ll get access to ten songs with a few different backdrops. The remaining DLC tracks are shown in the game, but if you want to play them you’ll have to buy them for $12.99 per pack. Unlike most Hatsune Miku games I’ve played, there are only a couple of options when it comes to customization. You can change Hatsune Miku to a silver-haired version and the only other option is to change the wand to a pair of leeks.

The tutorial will show you the basics which involves touching the circles that come out of the speakers and towards you with your wands/leeks. Any true Hatsune Miku fan will choose the leeks over the default girly wands. Though Ievan Polkka is not played during the tutorial, it’s available as one of the ten stages in the base game. The rest of the songs are good as well and I’m happy with the song variety.

The visuals are pretty colorful, especially in the sweets/pastry themed stage. Hatsune Miku will sing and dance as you try to move around to touch the notes coming at you from multiple directions at once. At times it seemed like Hatsune MIku would get in the way and I wish there was an option to remove her character so I could just focus on the notes. Maybe the purpose of her being there is to make it feel like she's dancing with you. I found her too distracting though.

As you tap the flying notes, the game will keep track of your longest streak and notify you for every iteration of ten combos. The fever gauge will increase as you do well and its progress carries over into the next level. I have had the fever gauge nearly depleted and have not failed out of any of the levels. The nearly depleted fever gauge carries over as well. Depending on how many combos you get, you’ll be given a letter grade at the end of your performance. The best I’ve gotten is a SS. Even with that score, I was not a threat to anyone on the online leaderboards. 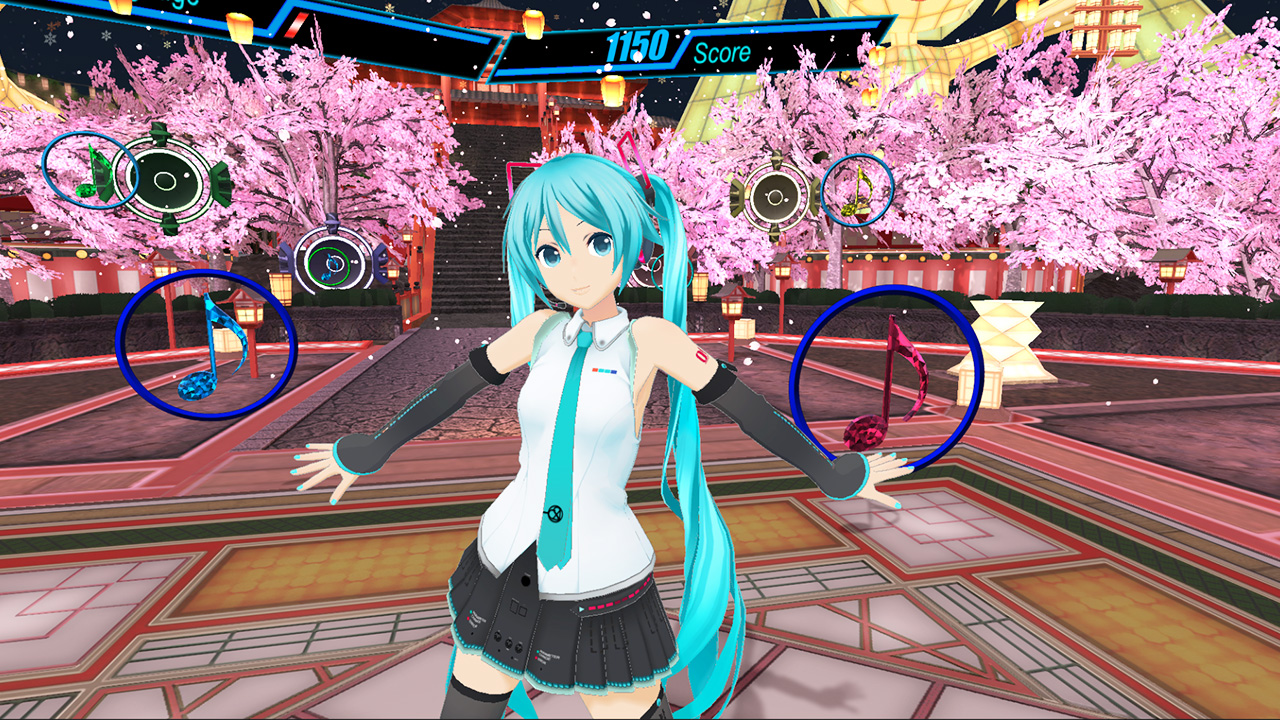 Though my laptop significantly exceeded the System Requirements, I experienced several stutters that did break many of my song combos. I also used the Oculus Rift S which is a current headset.

Since the songs are sung in Japanese, I have no idea what they’re singing about in-game. Looking at English translations for most of the songs, they're pretty tame. Amagoi Miseinen talks about a relationship where one person is underage to confess their feelings. Ghost Rule is about a ghost lamenting their crime. The song Lucky Orb talks about dancing and taking off everything. Other than some questionable lyrics, Hatsune Miku’s wears a short skirt.

Overall, this is a fun VR game that’s easy to understand and difficult to master. My biggest gripe other than the stutters is the lack of content for the money. I’d recommend picking the complete version or additional song packs on a Steam sale.