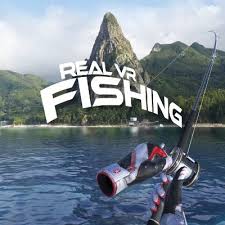 Thank you Miragesoft Inc. for sending us a review code!

I enjoyed fishing with my dad and my grandfather growing up. My least favorite parts are baiting the hook and unhooking the captured fish. With Real VR Fishing, you don’t have to worry about getting your hands dirty which is nice. Currently this game is only available on the Oculus store.

Upon launching the game, you begin in a wooden cabin with a huge empty fish tank and a cozy fire crackling in the fireplace. Your map locations are limited at the beginning, but as you earn money from fishing, you’ll be able to unlock new locations, decorate your fish tank, and upgrade your fishing gear.

Strong Points: All the thrills of fishing without having to worry about baiting the hook or getting your hands dirty
Weak Points: Not that many online rooms available to join
Moral Warnings: Depends on what kind of songs are in your music folder

The maps unlock by simply catching a few fish and the previous location. You can earn money or experience depending on if you want to keep or release your caught fish. By keeping them, you can add them to your massive fish tank at the cabin. Most of the maps take place during the day time, but there are some evening and rainy ones too for variety.

In real life, fishing can take a while and is often dull while waiting for the fish to bite. If you have MP3 files in your C:\Music folder, you can play them in game. The media player is nice and allows you to adjust the volume and even play videos too! There’s a pair of virtual goggles that allow you to see where the fish are in the lake. These would be awesome in real life! The yellow fish are the easiest ones to catch and be prepared for a fight if you happen to snag any other color variants.

With a flick of your wrist and pressing/releasing the trigger, your line will be cast in the direction of your choosing. If fish are nearby, they’ll start biting momentarily. After a fish bites, it’s time to reel it in by doing a bicycle-like movement with your non-casting hand. The bigger fish will put up more of a fight and you’ll be directed to lift your rod up or to the side to fight against it. As you reel it in, there’s a gauge of red and blue and if you let the meter get into either of those two zones, the fish will get away. Some fish may get tired and if they’re knocked out, they’ll be easier to reel in. I like how the controllers vibrate throughout the fishing experience! 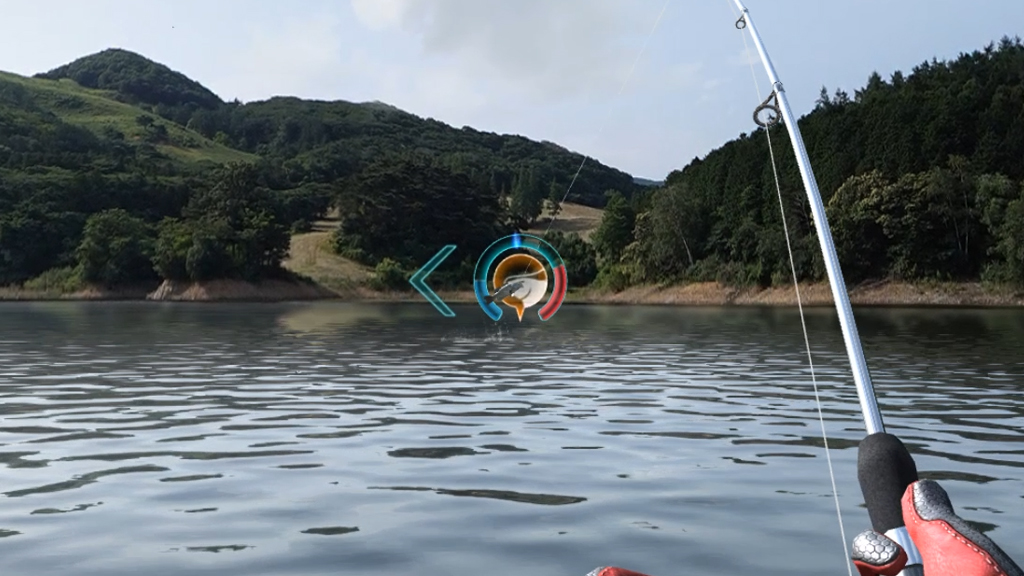 The visuals are great and the fish are nicely detailed and the water they’re in looks realistic. One of the night time levels has fireworks and I think that’s a nice touch. The ambient noises add realism and make the game all the more immersive. The water splashes and fishing rod noises are accurate too.

There’s a wide variety of locations and fish to catch in them. I have caught numerous bluegill, carp, dace, perch, largemouth bass, salmon, and more. Some tiny fish like goldfish and minnows can also be caught.

The virtual fish don’t bleed or seem to be in pain when caught. Unless you’re listening to offensive music, there’s nothing to mention from an appropriateness standpoint.

Multiplayer is finally available for Rift users. Don't get your hopes up though as there are not many rooms available to join. I did see one, but it was password protected. Single-player mode is still fun though. If you enjoy fishing games, this entry is worth picking up for less than $20. Don’t get it confused with Real Fishing VR as it's a completely different game!