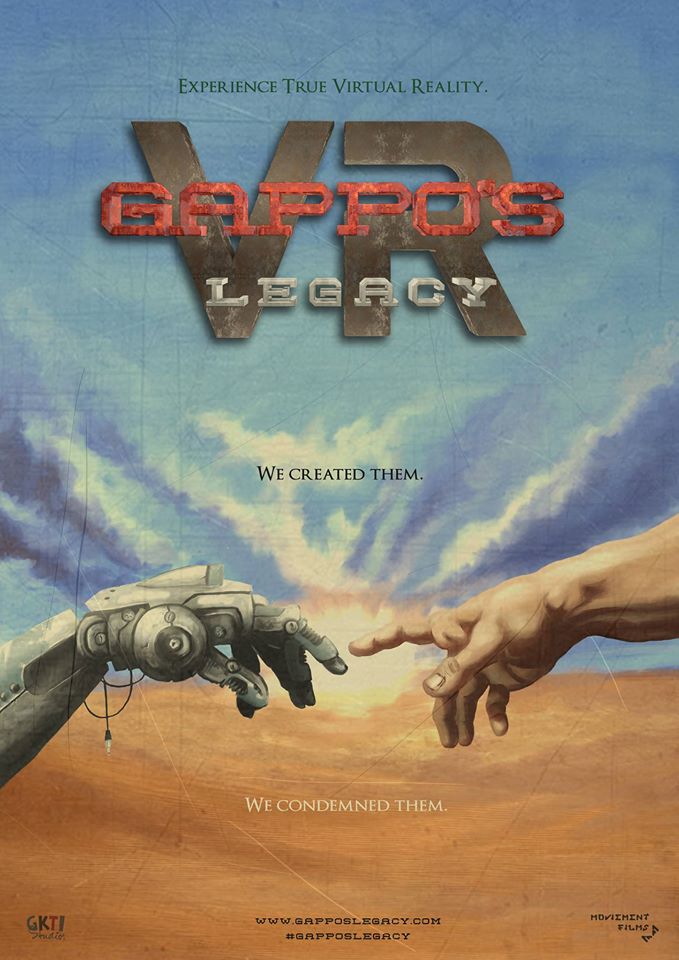 Thank you Odysseus for sending us an Early Access preview code!

Dr. Gappo has invented a futuristic technology that modifies human genetics in real-time. These devices, called gappos give the user offensive and defensive abilities. The first three gappos give you a shield, metal gloves, and a long-distance laser cannon that can do charged attacks. If you enjoy the Matrix movies, you’ll appreciate the bullet-time gappos.

The makinae are conscious machines and have taken control of the dessert region of Kafke. The Makina Resistance Army has recruited you to liberate Kafke from pirate tyranny. They don’t normally work with humans, but they’ll make an exception if you can pass their skill and dexterity tests.

The tutorial level will teach you how to use your starter gappos. The off-hand shield can reflect laser attacks. You can select whether you're right or left handed in this title. The laser cannon was in my primary hand and it’s great for long-distance shooting. Charged attacks are good for the missile and laser cannon enemies. The nimble drones are best dealt with the steel hands which can punch or throw them into other explosive foes.

Enemies will follow the same choreographed patterns (including glitched out enemies) so you’ll have to memorize them to “git gud” as this title is quite challenging. This game is so challenging that I can’t get past the first level out of nine. There are no difficulty settings to adjust and no active community to ask for pointers. In fact, there hasn’t been any activity on this game since it entered Early Access three years ago.

There are 82 Steam achievements of which three can be obtained by opening the application, finishing the tutorial, and playing your first game. A good portion of the achievements are unlocked as you complete and advance to the later levels. Steam trading cards are available as well, but I wouldn’t get my hopes up for being able to complete a set. 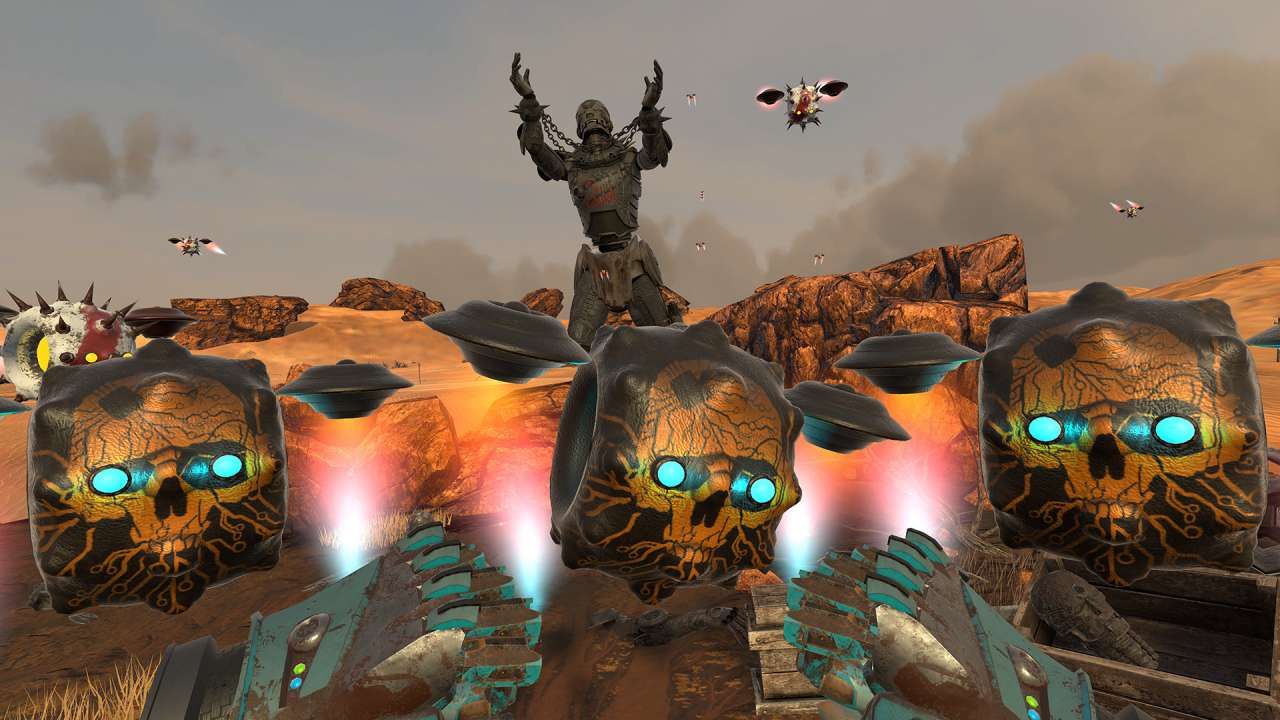 The graphics are decent with a good amount of enemy variety. The robotic foes look pretty creepy when they get close and managed to get a jump scare out of me a couple of times. They also have an evil giggle which is quite fitting.

As often as I had to repeat the first level, it was a bit annoying to have to listen to the same spiel over and over again without the option to skip it. There is some background music, but it’s often drowned out by laser blasts and explosions.

Since the enemies are robotic, you don’t have to worry about blood. When you take a hit, the screen will go black and white for a bit until all five of your life bars are depleted. Upon a game over, the screen fades to white.

It’s a shame that this game appears to be abandoned. The developer's website is gone too.  There is room for improvement, but this is a solid wave shooter. Unfortunately, there’s a lot of competition in this genre. Unless the game gets updated or brought back to life, I recommend purchasing a better supported game like Overkill VR. If the developers are still around they should consider letting their Steam audience know. Also, if the developers are reading this review, an option to adjust the difficulty level would be appreciated!