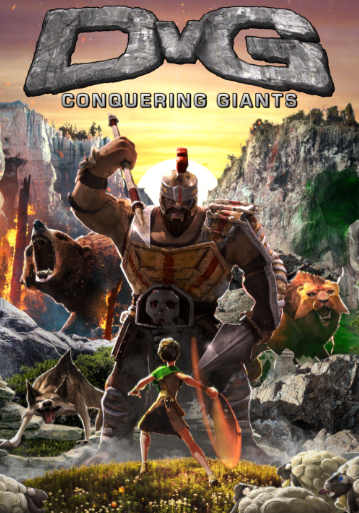 Thank you VLB for sending us this game to review!

Along with the message of God’s love and salvation for us, there are many great historical stories that would make awesome videogame material. Out of all of the possibilities, the battle between David and Goliath is in the top five. DvG: Conquering Giants reimagines David’s days as a shepherd fending off wolves, bears, and lions, to protect his father’s sheep before facing off with Goliath.

Before you cast your first stone, you have to do some basic VR setup like configuring your play area, setting the gameplay to active or casual, selecting your weapon (sling or slingshot), and choosing between right and left-handed controls. Once the basic configuration is complete you’ll learn how to use the controls and features of this game in the tutorial level. I like how you can press a button to see where the enemies are lurking. One feature that I would have liked to see is a trajectory path to make aiming a bit easier.

To get used to the controls and your weapon you’ll have to clear the target practice level. At the end of each level, you’ll be shown your accuracy and given a score based on that and the amount of health hearts you lost. Your score will then be submitted to online leaderboards where you can see where you stack up against other stone slingers.

After the tutorial and target practice, it’s time to embark on David’s journey which is comprised of four chapters. The campaign is rather short and can be completed in about an hour and a half. Thankfully, you can get more gameplay time by improving your scores in the campaign chapters or by playing through the fifteen challenges which unlock after you complete the previous one.

The difficulty of the campaign ramps up at a reasonable pace and you must first protect the flock of sheep from hungry wolves. After protecting them, it’s time to face off against a lion in a boss fight. After defeating wolves and a lion, it’s time to take down a bear. Hurling stones will only stun it, so you’ll have to use the environment to your advantage. In order to injure the bear, you’ll need to knock several beehives down on its head. The last boss, Goliath, will require utilizing the environment and knowing when to dodge his attacks and how to lure him to damage the volcanic rocks. During the boss battles, I often longed for more than four health hearts. In the event that you die, it is nice that you can restart from a checkpoint rather than redoing the entire level. 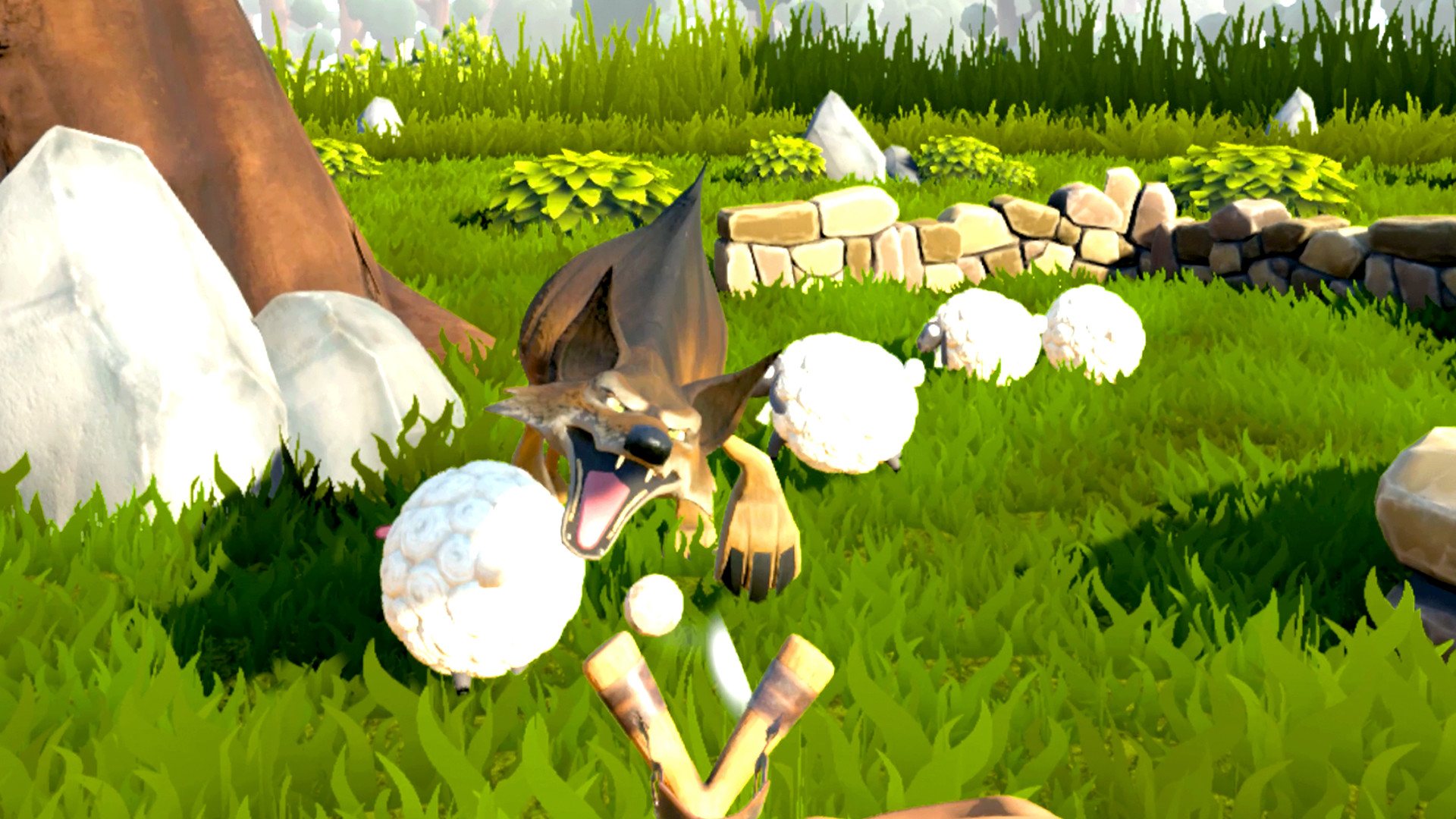 Visually, DvG: Conquering Giants looks good with nicely animated 3D models and colorful cutscenes and levels. Moving around the levels was mostly flawless, but I did run into a snag walking through one of the giant logs and it took me a couple of tries to go through it successfully.

The voice acting and sound effects are well done. Some people may find David’s retorts repetitive or annoying, but I thought they were amusing. The animal audio effects sounded realistic, especially when the wolves got injured. Unlike animals squealing in agony, the background music is nice to listen to.

Overall, DvG: Conquering Giants is a well-made Christian game which is refreshing to see. Though the campaign is short, it’s supplemented by many challenges to make this title worth the $24.99 asking price. If you’re still on the fence you can try the free demo which is probably what I streamed and it’s limited to the tutorial, target practice and pasture levels. If you are susceptible to jump-scares you may experience a couple in the pasture level

in my stream.
Christian