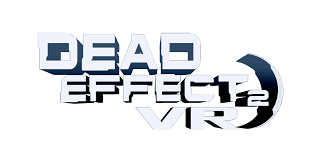 Thank you BadFly Interactive for sending us this game to review!

While I haven’t played the original Dead Effect game, I have enjoyed and reviewed the sequel when it was released in 2016. Owners of the $12 non-VR version had an opportunity to purchase the VR edition at a 75% discount, but that offer has ended now that the game is out of Early Access.

Though the beginning cinematics are shown in an outer space theater mode, the rest of the gameplay has been reworked for VR and it runs great. The controls work well and it’s nice to actually use my hands for the fingerprint scanning in the game. The teleportation movement is very responsive and much faster than the slow pace of the regular game. Better yet, I did not experience any motion sickness playing this title! If you’re familiar with the standard version of Dead Effect 2, you’ll be reminded again about how bad the voice acting is as it has been left intact in the VR edition.

Fans of Steam achievements will enjoy collecting 163 of them despite the standard version having 177. The story and gameplay remain the same though the weapons have been tweaked for VR and I find myself more accurate with the VR controls instead of using a mouse and keyboard. 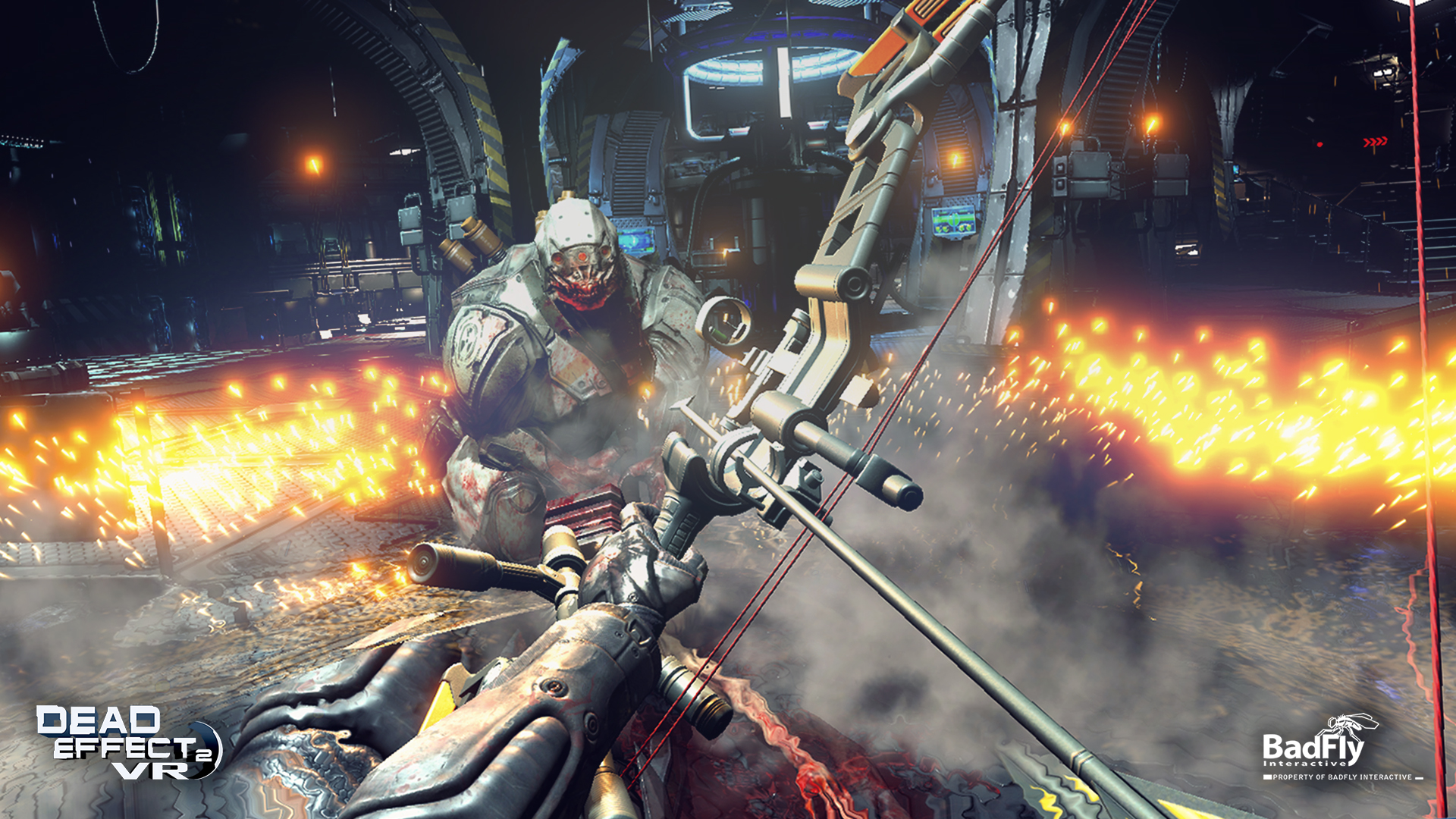 Dead Effect 2 VR continues where the original game left off. On the spaceship ESS Meridian, death was conquered by a mad scientist, but many of the test subjects turned into zombies as a result. Instead of being rewarded for stopping the madman, your character wakes up in a lab being experimented on. A cyborg named Danette aides in freeing you, but needs your help in return.

There are three characters to choose from and each has a different weapon specialty. I played as Jane Frey who is an assault specialist that prefers shotguns. The other two characters are male and they include Gunner Davis who uses heavy weapons and Kay Rayner, a sword wielding melee fighter. The melee character is recommended for experienced players. There are multiple difficulty levels to try if you’re looking for a challenge. Grinding is required if you want to have a powerful and well-equipped character to tackle some of the tougher bosses.

Experience is earned by killing zombies and sometimes they will drop equipment or credits to buy ammo, medkits, weapons, armor, or implants. There’s quite a lot of customization that you can do to your characters and they have a skill tree with helpful abilities that you can unlock. Upon completing a level you’ll get scored on how much money and damage you did and how quickly you completed it. The better you do, the better rewards you can choose from. Each level has several hidden tablets that are worth finding to read about the game’s backstory. Some of the tablets will also have door access codes that will save you some time hacking if you can find them instead.

Aside from shooting and slicing zombies and soldiers, you’ll be tasked with several mini-game puzzles to use various doors and generators and so forth. Some of the puzzles have you matching sound waves or connecting certain numbers to equal a specified sum. 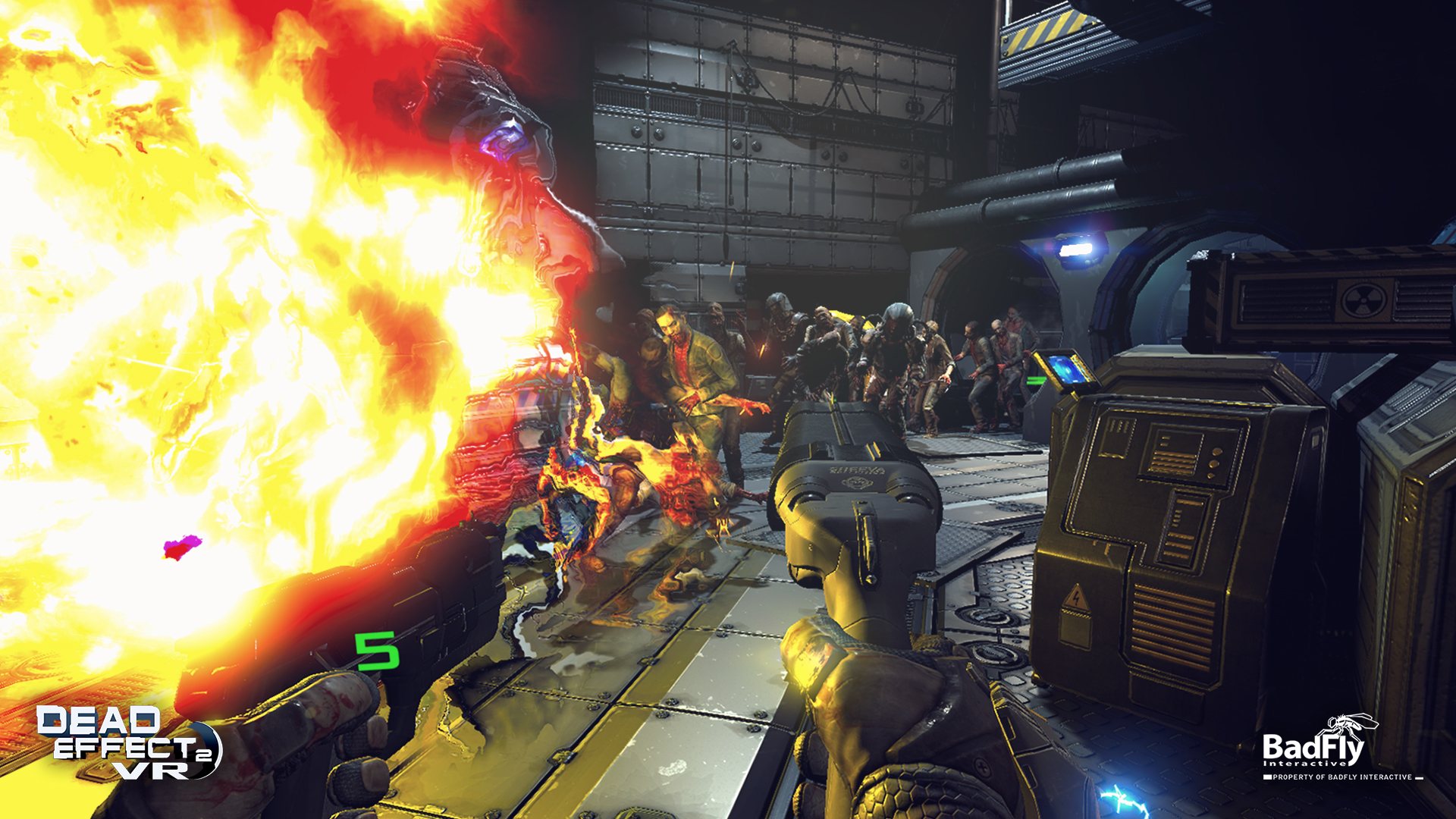 At the beginning of each level, the game will warn you if you're below the recommended level for completion. If you’re not strong enough, you can replay previous missions to earn more experience and money. The boss battles are especially tricky if your weapon is not effective against them. I like how you can pay to respawn in the same room and the boss’s health will remain where you left it. If you find that your weapon is totally worthless, you can buy another at the store that changes inventory every twenty minutes or so.

The single player VR experience is good on its own, but the fact that it has a multiplayer option should definitely make VR owners add this title to their Steam wish list. Just make sure you know friends who have this game. Sadly, I could not find any public games to join. The Steam community is pretty active and I have seen at least one topic for people looking for Steam friends to play together.

Morally speaking, it should come as no surprise that this game is violent and there’s plenty of bloodshed and bodily dismemberment to be seen. You can blow up zombies with explosives, riddle them with bullets, or hack away at them with a chainsaw. There are lots of options and weapons to choose from. As if the blood and gore wasn’t enough to keep this game from the eyes of little ones, headphones should also be worn to prevent kids from hearing every curse word ever created.

Dead Effect 2 was originally released on mobile platforms and is free to play with in-app purchases. If you would like to get a 2D feel of the game before parting with $25, I recommend checking out the mobile version. If you’re looking for a solid VR FPS game with multiplayer support, Dead Effect 2 VR won’t disappoint you.