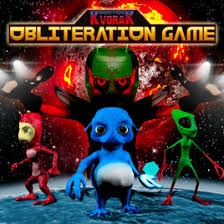 Thank you Freekstorm for sending us this game to review!

Doctor Kvorak is an immortal gameshow host who enjoys collecting and obliterating planets in the universe. As a contestant of his Obliteration Game, you must collect all of the pieces of the planet which are scattered throughout the level to save it. By saving it, it merely becomes enslaved to Kvorak’s planetary collection instead of incinerated.

Besides the planetary pieces, there are fifty other themed items and wardrobe accessories to be found in each level as well. For example, when saving the cheese planet you’ll have pieces of cheese to collect and globs of slime to gather for the slime planet. In total, there are fifteen zones/planets to save with the possibility of creating your own levels and downloading other people’s challenges through Steam Workshop. 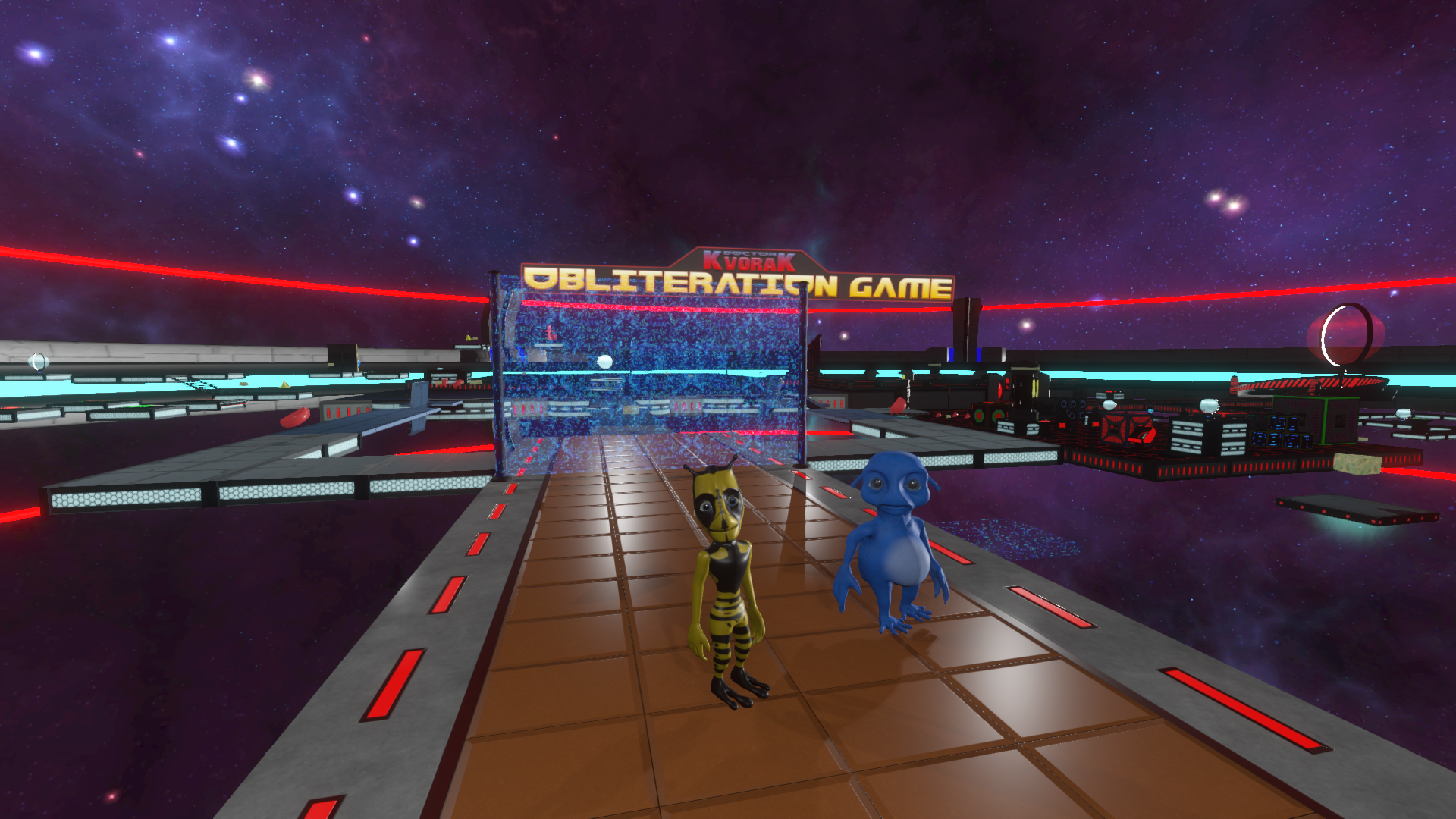 Strong Points: Funny dialogue and fun puzzles to solve
Weak Points: VR controls are not intuitive; the camera is annoying in VR and non-VR modes; game hangs and has long load times
Moral Warnings: Planets will be incinerated if you fail to collect all of the savior stones; if you do save them, they’ll still be enslaved; Kvorak gets compared to a god

The puzzles in the levels range from pushing blocks onto pressure tiles and activating various stairs/walkways to access new areas. The starting character/alien can’t really jump too well and needs to move around platforms to reach higher places. Later on in the game, different aliens with unique abilities become available. All of these creatures must work together to put an end to Doctor Kvorak’s schemes. I like the rapping space hen that annoys him by calling Kvorak out for the monster that he is.

This game is playable with and without VR. No matter which method you choose you can expect horrible camera angles. You can manually adjust the camera in both modes and it will have to be done often unless you like staring at various walls and obstacles in your way. Some deadly foes require quick thinking and movement to avoid death and the poor camera angles do not help matters. Thankfully, checkpoints are plentiful in this game. You cannot exit and resume level progress though; you’ll have to start fresh from the beginning of the zone.

The WASD controls in the non-VR mode is functional. The space bar is used to jump, the E button activates buttons and the R button lets you change your alien’s appearance. In VR I could not figure out how to jump since the dialogue described a Vive controller and not an Oculus Touch one. The developers were kind enough to reply to my Steam discussion thread. Triggering buttons is trickier to accomplish in VR mode. 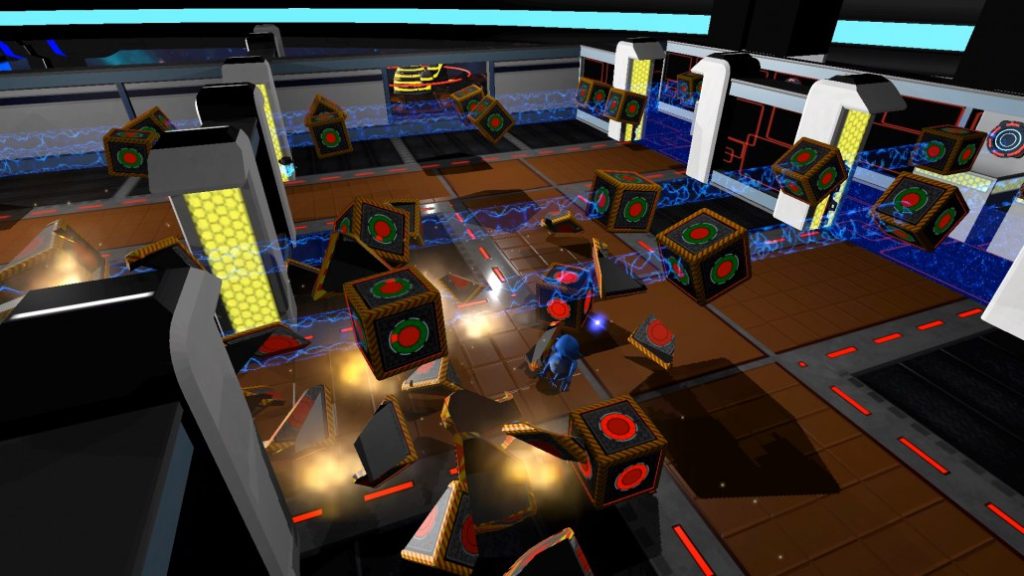 I also experienced some stability issues with this game. During loading times, Windows would sometimes ask if I wanted to wait or close the software that stopped responding. Because of the long load times with no results, I am assuming that there are no Steam Workshop maps to download.

Visually, this game is colorful and the characters are cute. The levels are well thought out and don’t take too long to complete if you’re good at solving the puzzles. At the end of a level you’ll see how long it took you to solve it.

The voice acting is pretty good, with my favorite character being the rapping chicken. If your alien falls, they’ll make a cute noise. Unfortunately, there’s a noticeable delay between the tumble and the noise so it quickly gets aggravating if you fall down a lot. The background music is good and sold separately as DLC if you want to buy it.

Doctor Kvorak’s Obliteration Game is both funny and (mostly) family friendly. It’s a little rough around the edges, but is still a solid puzzle game that’s fun with and without a VR headset. The asking price is a reasonable $19.99 and hopefully more submissions will appear on Steam Workshop for it.