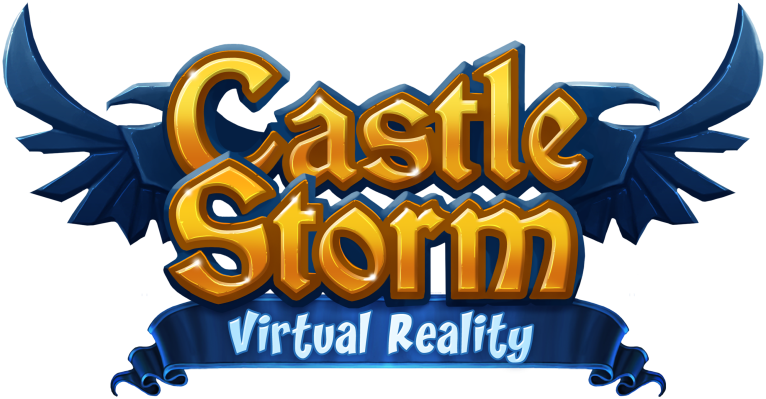 We originally reviewed CastleStorm three years ago when it first came out on the Xbox 360.  The asking price back then was a reasonable $10 and Zen Studios has now enhanced it to support virtual reality and have increased the price by 150%.  Is this just a cash grab or are the enhancements worth the price hike?

The majority of the game remains the same where your goal typically is to destroy your opponent’s castle with your ballista.  Your ammunition varies from javelins, garbage, chunks of ice, maces, sheep, boars, bombs, laser crystals and more.  Alternatively, you can send your troops and bring their flag to your castle to clinch a victory.  If you’re the kind of person who likes to get their hands dirty, you can momentarily spawn a hero into the fray to crack some skulls.

When you first launch the game you’ll have a theater atmosphere with suits of armor and popcorn nearby as decorations.  The cut-scenes are shown on the theater screen and are the same as the previous versions of the game.  The battles are VR enhanced though they are not rendered all 360 degrees.  If you turn around behind you the battle fades out to a cream colored backdrop.  A common VR issue is blurry text and this game is no exception. 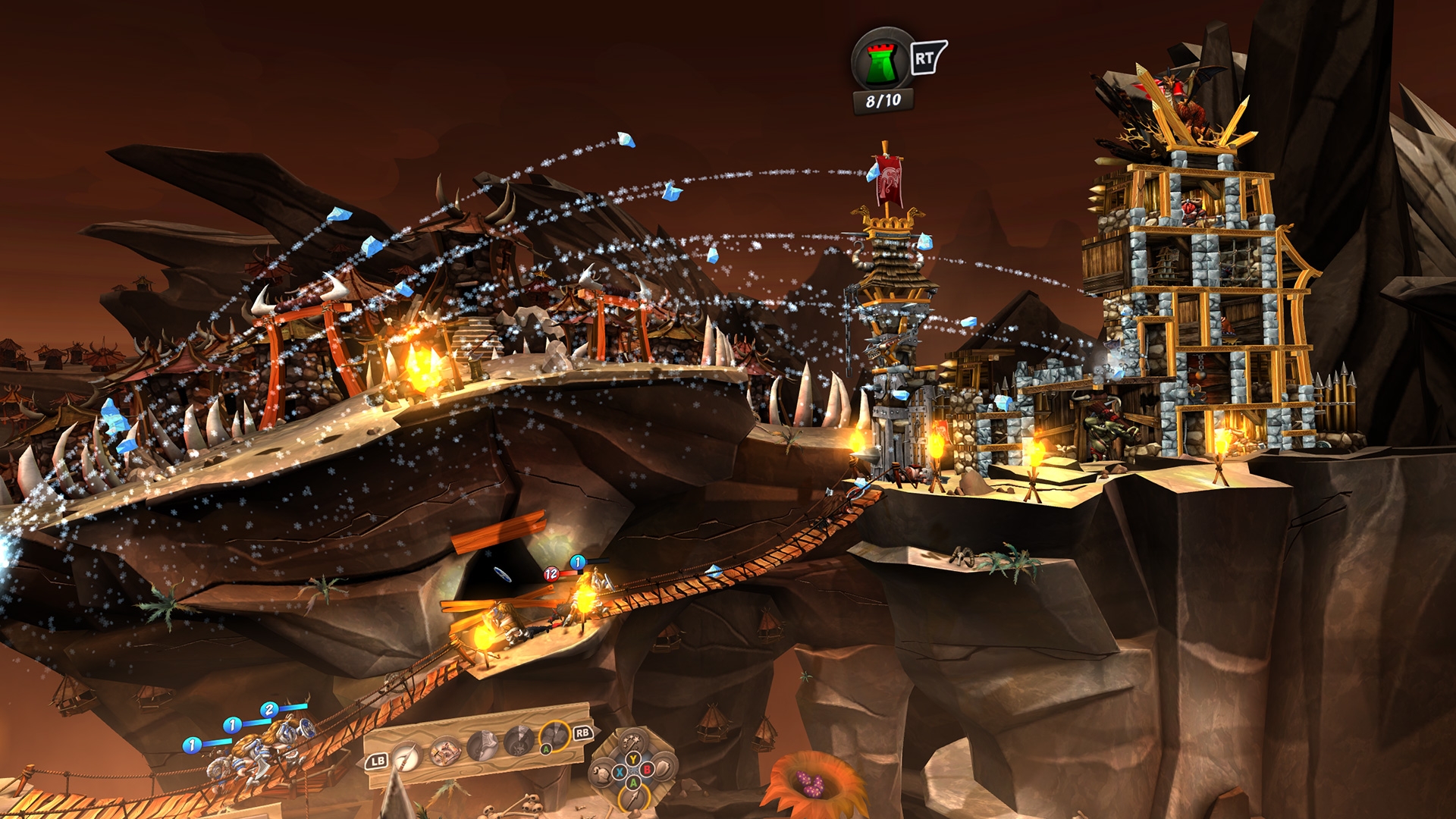 Strong Points: Fun game with limited VR enhancements
Weak Points: Pricey and lacks the multiplayer of the original game; some text is blurry
Moral Warnings: Some potty humor and violence

Another disappointment is that the multiplayer mode has been removed.  Granted, I haven’t used it much on my Xbox 360, but seeing it gone is still a shame.  The single-player campaign remains the same.  There are both storyline and optional quests to complete.  I highly recommend doing all of them since you can earn money to upgrade your troops, castle, magic, and weaponry.  There is a level cap of ten which gets quite costly since each level costs more than the previous one.

Besides customizing your troops, you can edit your castle layout as well.   Each castle room serves a purpose and when that room gets destroyed, you can no longer use its functions until the next battle.  For example, if your barracks are demolished, your army limit is back to the default of five and some troops may no longer be available.  The rooms in the back of the castle are safer than the ones in the front (line of fire).  Personally, I stuck with the default layouts which get progressively better as you get further in the story.

Each level has a main objective and bonus objectives.  Some of the bonus objectives may request that a particular unit is troop of the day (most damage) or that you complete the mission within a certain time frame.  Your final score is determined by several factors including the difficulty you played at, accuracy, damage your castle took and the time it took to complete the level.  You are awarded between one and five stars.  Five stars are only possible if you play at the hardest difficulty.  I beat most of the levels on normal. 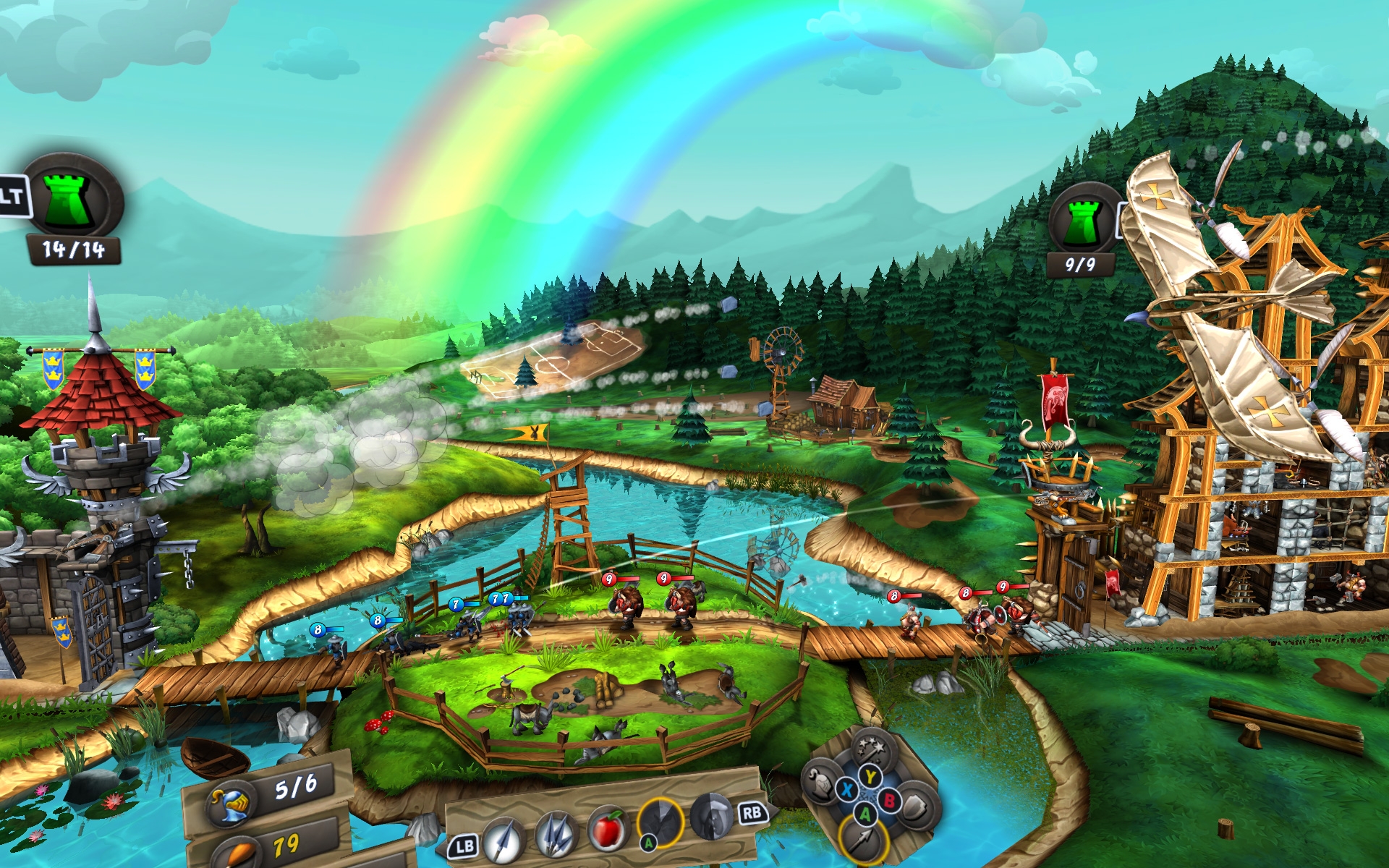 There is plenty to do and lots to love about CastleStorm.  The graphics are vibrant and the characters have a lot of detail.  Units of the same type all look alike, but the bosses are unique and intimidating.  Yes, this game is violent.  I don’t recall much blood, but you do get rewarded for multikills and head shots.

The humor is good but gets juvenile at times with bestiality, animal digestion issues, and outhouse cracks.  The rest of the jokes are great and kept me entertained throughout the story which comprises of two campaigns (Knights and Vikings).  The Knight and Viking kingdoms are divided and you begin by fighting against the Vikings and later alongside them.

Nothing has changed on the sound front, as the sound effects are fitting and I still enjoyed the background/menu music.  Even though it was repetitive, it managed to get stuck in my head regardless.

While CastleStorm is still a great game, I have a hard time recommending it due to its inflated price on the Oculus store.  If you haven’t played it yet, it’s definitely worth picking up on sale.  If you already own the game, I recommend sticking with that version.