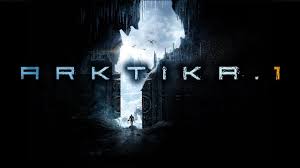 Thank you 4A Games for sending us this game to review!

Arktika.1 was developed by 4A Games who are known for their popular Metro series. With Oculus publishing this title, it should come as no surprise that it’s exclusive to the Oculus Rift. While there is much to like in this game, there are some serious flaws that should be considered before buying it.

The story is serviceable as the remnants of mankind are scattered into various colonies during the second ice age. You are deployed to an outpost in Russia called Arktika.1. Your task as a mercenary is to protect the outpost’s inhabitants from violent raiders and zombielike creatures called Yagas. There are also machine threats like turrets and hostile robots to contend with as well. In other words, you’ll have plenty of things to shoot at during your missions.

Besides rechargeable armor, you’ll also be equipped with two different kinds of side arms. They reload in different ways too. One of them reloads by bringing it to your hip while the other revolver-like gun is reloaded by flicking it to the left and the back. They hold different amounts of ammo as well and they start off carrying ten and six rounds respectively, but you can upgrade their magazine size with money earned during the missions. 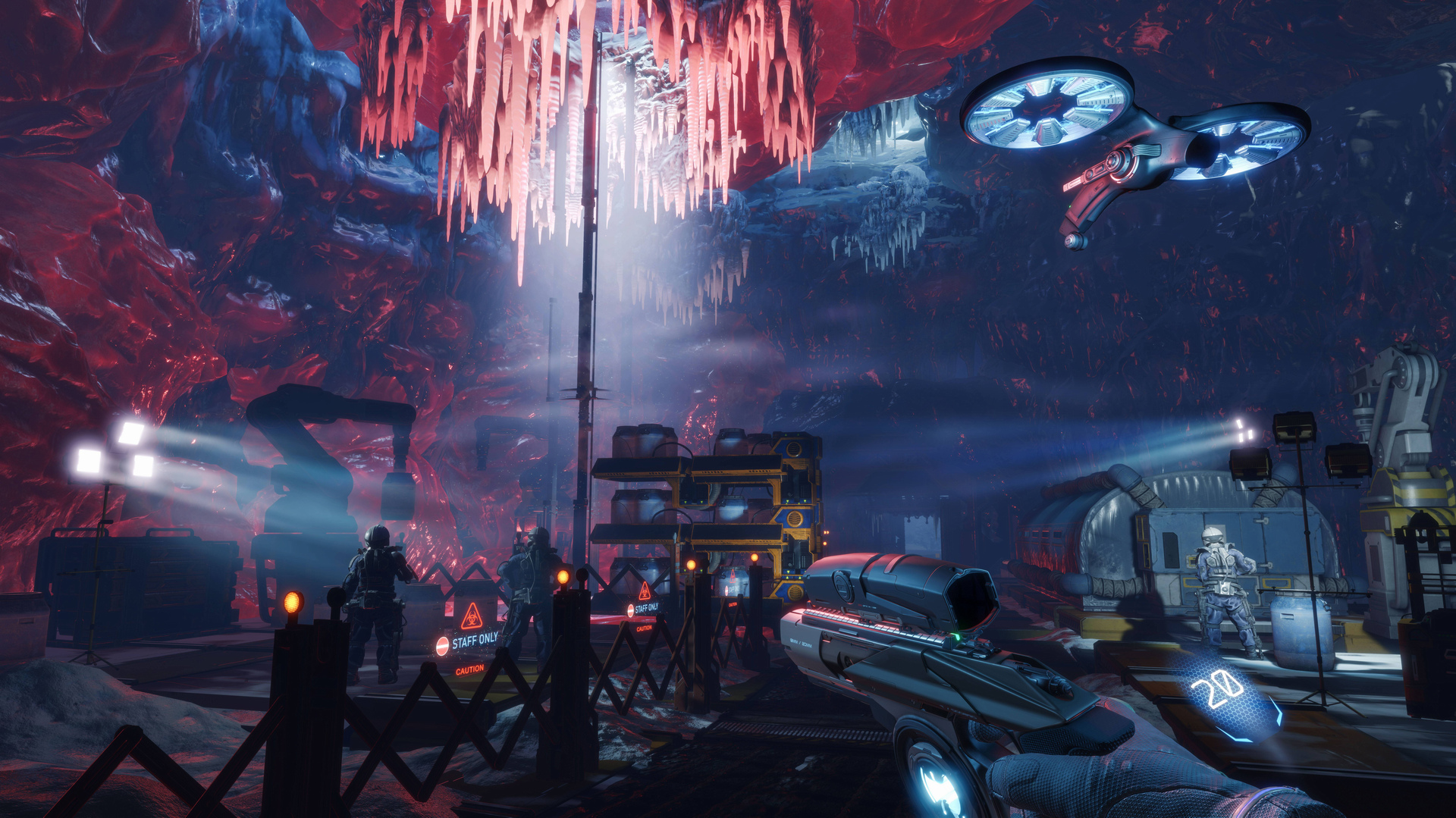 Strong Points: Great graphics; fun and exciting gameplay
Weak Points: Scaling is off as I had to alter my height in the Oculus settings for this to be playable
Moral Warnings: Extreme violence, blood, language, and blaspheming; males wear full body armor but females wear skintight clothing in frigid temperatures

Depending on your mission performance, you’ll be awarded credits for your hard work. If you destroy valuable technology, it will be deducted from your pay. Between missions, you can shop for upgrades in your control room. I highly recommend getting the laser sights and damage multipliers on your guns. The armor upgrades are worthwhile as well. The interface is easy to use and I like how the items are 3D printed in front of you after you purchase them. The meta VR headset training room is neat too.

Movement in this game is done via teleportation. All you have to do is locate a hologram of yourself in designated locations and click on the A button and suddenly you’re there. This is great for boss battles as you can move around quickly before they have a chance to reach you. The missions will give you plenty of locations with varying degrees of cover. You’ll have to find the best vantage points to take down different bandits and Yagas in your way.

The enemy AI is pretty good and they’ll take cover and move around quite a bit making them hard to hit. Unlike your typical zombies, the Yagas are pretty nimble. Take them out quickly and don’t let them gang up on you.

Visually speaking,  this is one of the better looking VR games I have played.  The characters are lifelike and I found it humorous that the males are fully armored and dressed appropriately for the -36 degree Fahrenheit weather while your female companion is wearing the equivalent of a scuba diver’s outfit. 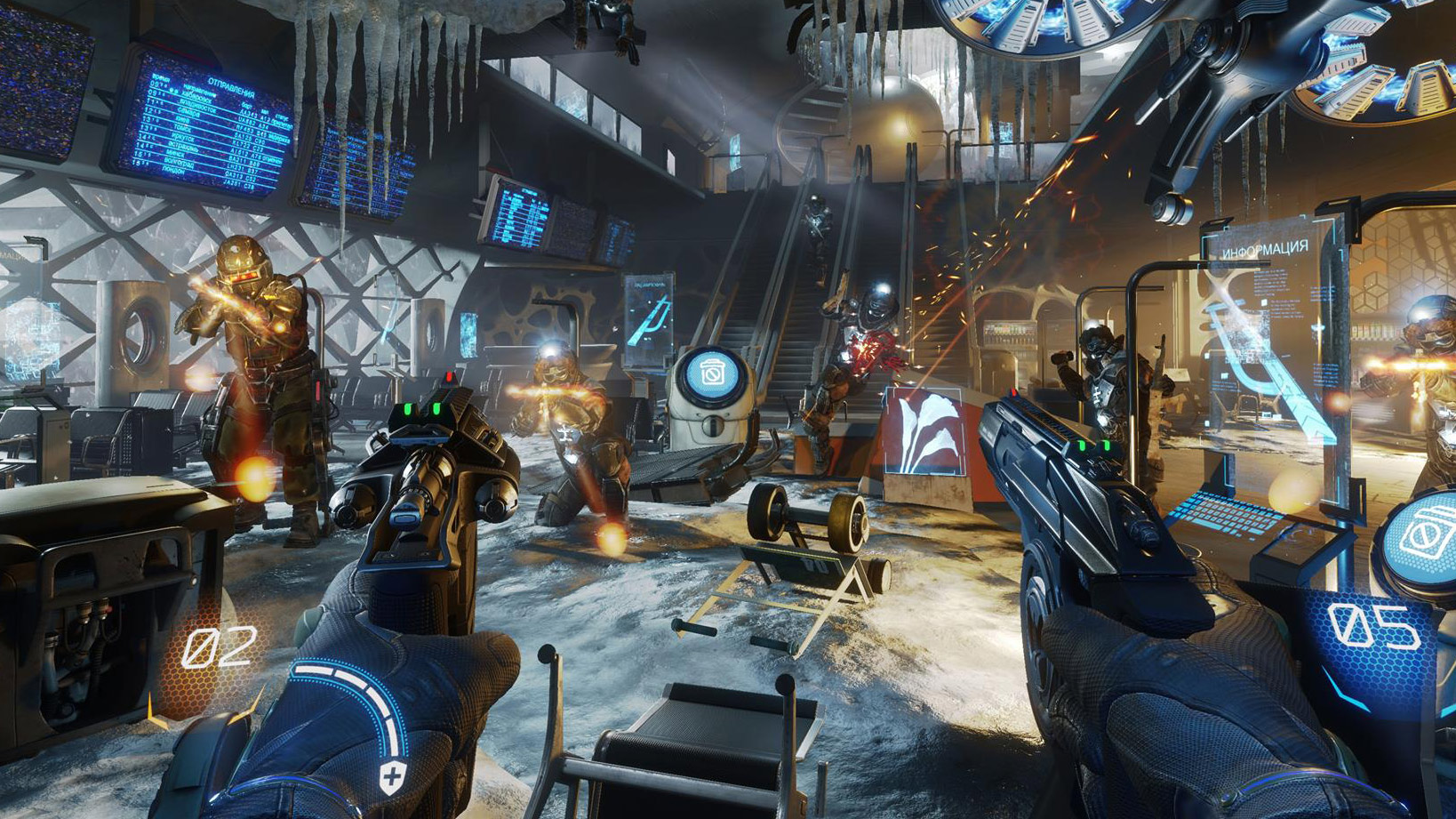 The voice acting and background music is well done as well. The Russian accents seem spot on. The raiders will hurl all kinds of insults at you and pretty much use every curse word known to man. Apparently not much changes with cursing in the future. Unfortunately, God’s name is thrown around flippantly in this game as well.

As great as this game is, there is one serious flaw: the scaling. When I first launched this game it was unplayable. I didn’t realize that I wasn’t supposed to be sticking out of the vehicle in the intro. I figured I was a gunner in the army style jeep like vehicle. Nope. I was suppose to be sitting in the vehicle and able to reach an access card in the glove compartment. While I was able to open the glove compartment, I wasn’t able to reach the access card. Closing out and recalibrating my sensors didn’t resolve this issue a second time around, though I was in the vehicle this time. According to this Reddit thread many people have experienced this issue and there have been several refunds as a result. There is a developer based work around of setting your height to 5’9” and that seemed to do the trick for me (I had it set to 5’7” previously). Even with the new height, I ran into other obstacles like properly holstering and reloading my weapons, and using various levers in game. As annoying as those issues are, the game is still playable for the most part.

Thankfully, Oculus has a good return policy as long as you apply for a refund within fourteen days and have less than two hours of playtime. Hopefully, you’ll have a smoother experience than I did if you choose to purchase this game. There is a lot to like, but there is also plenty of content to warrant its Mature rating.