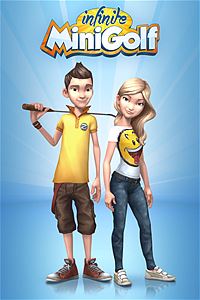 I’ll admit that I’m not much of a golfer, but I don’t mind the occasional round of mini golf once in a while. Since we’re not avid golfers, we don’t own too many golf games. I must say though that Infinite MiniGolf is quite fun and I can now see why people enjoy these types of games.

Zen Studios offers a lot of detail in their VR and pinball titles and the same goes for Infinite MiniGolf. Each of the themed levels has a lot of interaction with obstacles and there’s a lot happening in the background too. My favorite world is the Giant Home where you get to smack around gold balls in a kid's room and you’ll have to avoid hitting the big RC car driving around.

Many levels have helpful characters along with harmful ones that will relocate your golf ball further from the hole. The space themed Hangar 37 levels are neat, but the malfunctioning robots are highly annoying. The Tortuga levels have some drunken pirates lying in the streets of the town and the Nightmare Mansion levels have ghosts and other Halloween themed creatures roaming around. Despite those minor issues, Infinite Mini Golf truly is a game suitable for people of all ages. 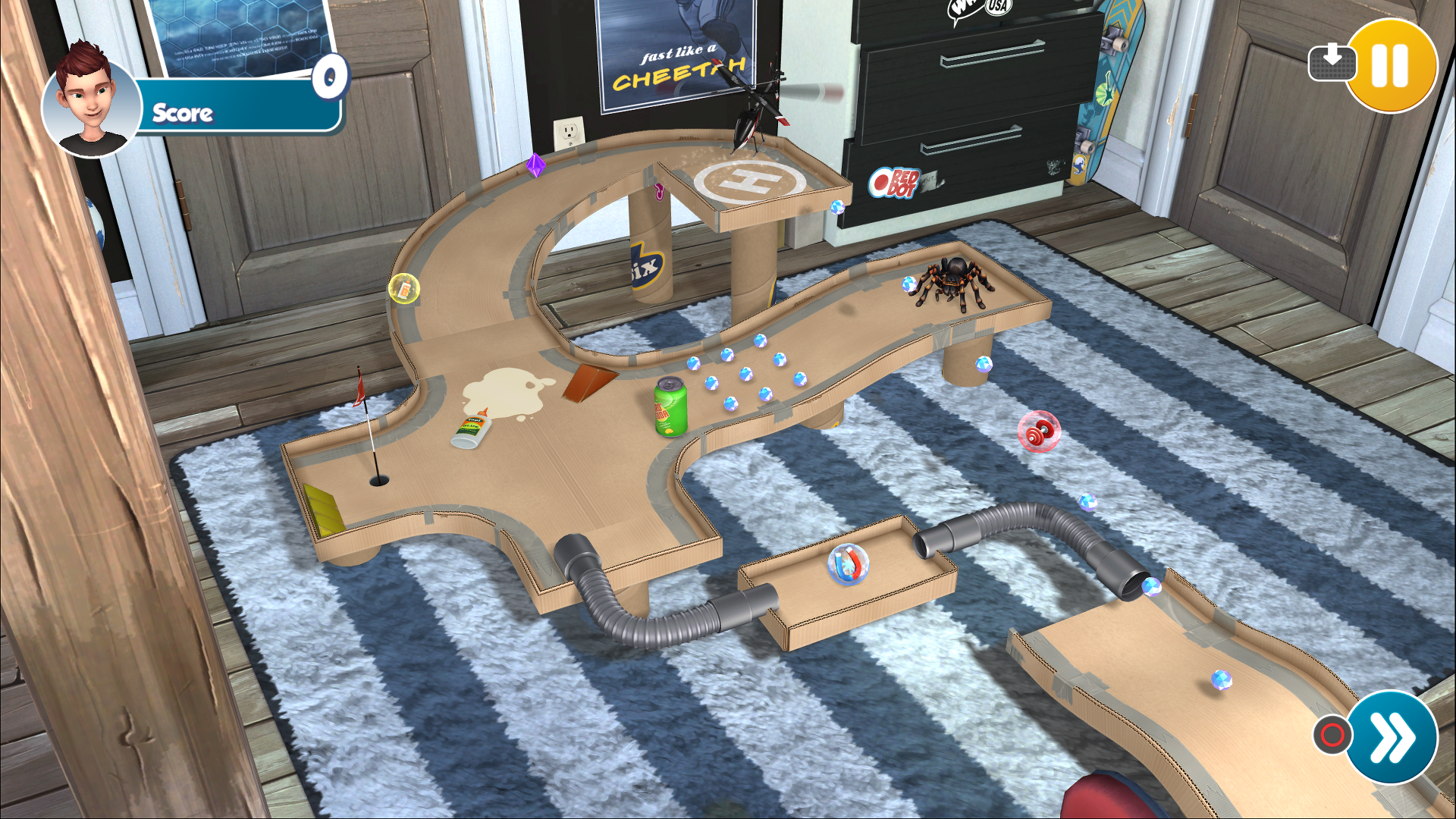 Strong Points: Fun game with lots of challenging levels and obstacles; free DLC add-ons
Weak Points: No online games to join; crashed on me once
Moral Warnings: Drunkenness shown in the Tortuga levels; Nightmare Mansion has ghosts and other Halloween themed monsters

The controls are pretty straightforward with the left joystick being used for positioning your player and the right joystick controlling how powerful of a stroke you’ll be using. If you hit the ball too hard it can bounce back further than where you started from or it may even leave the playing area. A stroke that’s too weak will waste a valuable turn and reduce your score a bit.

Points are earned by collecting various gems on the green and getting the ball in the hole within the number of turns allotted. Ideally you’ll want to get it in par or less. If you get it in one less than par it will be a birdie, two below par is an eagle, and three below is an albatross. Besides those, I have also received bogeys for going over par. Some of the levels have annoying obstacles like vacuums that require precise aim and timing and cause me to max out the number of strokes possible.

Many of the levels have various power-ups that are beneficial like a magnet power that draws your ball into the hole. Rockets give your ball a speed boost and joysticks let you control its direction for a short amount of time. There are also detrimental obstacles to avoid like glue and melted candle wax. Sometimes a friendly character may help remove your ball out of a sticky situation, but not always. 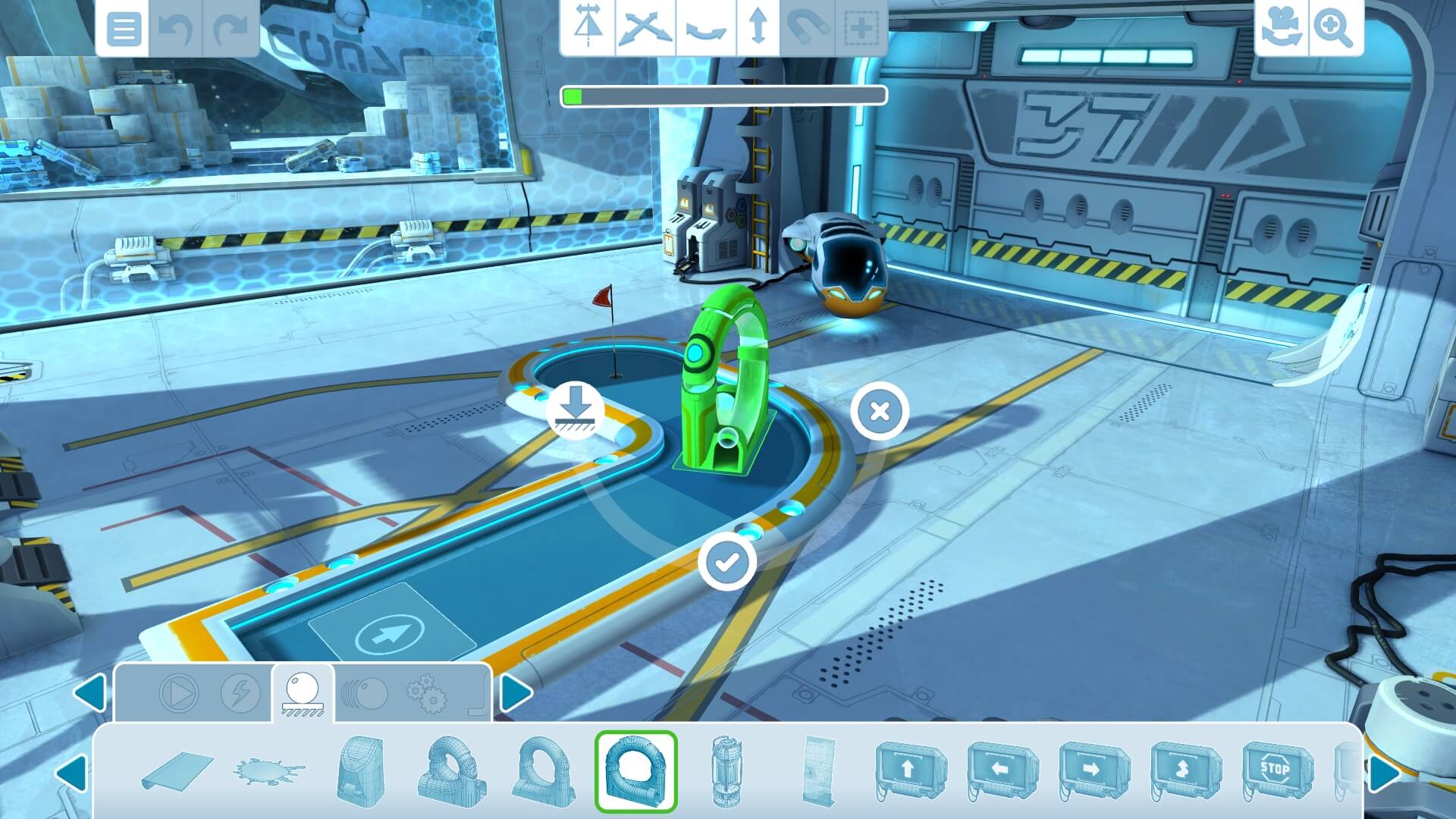 Upon completing levels and tournaments, you will be given cards that unlock various clothing and accessories for your character to wear. Unfortunately, the drops are random so you may unlock clothes for the opposite gender. Many of the items have a minimum player level to equip them.

The customization doesn’t end with your character. You can create your own levels with the built in level editor. The possibilities are truly endless with Infinite Mini Golf. Except when it comes to multiplayer. I couldn’t find any multiplayer games to join unfortunately. Thankfully, there is plenty to do in single player. Local multiplayer is always an option though.

The VR support is great and optional, so anyone and everyone can enjoy this title. The asking price of $14.99 is very reasonable and the free DLC content is a nice feature. Surprisingly, Tortuga is not mentioned in the game, but is available on the PSN store. Hangar 37 shows as purchasable in-game, but going to the store reveals that it is indeed free. The same content is freely available in other versions of the game too. If you’re looking for a neat VR or golfing experience, I highly recommend Infinite MiniGolf if you don’t mind playing solo or against nearby friends and family.