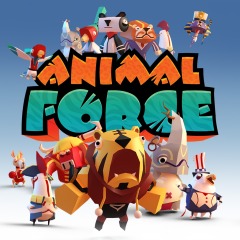 Aliens are invading and it’s up to a group of animals flying around in a rocket to stop them from abducting humans. There are thirty levels and six boss battles in the single-player campaign. Depending on how well you do, you’ll be awarded between one and three stars for each completed level. If you’re not happy with your performance or need to earn stars for upgrades, you can replay levels to your heart’s content.

Between waves of enemies, you’ll have a chance to collect stars which are useful for upgrading and expanding your army of animals with different abilities. The enemies will change their tactics and you’ll have to assemble an army that can counter them sufficiently. For example, it doesn’t take long for enemies to shoot back at your defenses. The parrot can deflect bullets, but the cat can deflect both bullets and aliens that charge into your units. Anytime a unit comes in contact with an alien or their ammo, they will disappear. Though re-enforcements occasionally appear, if you run out of units or are left with just defensive ones, it will be game over. After ten humans are abducted, the level will end, but you will get to keep any stars earned in it.

Strong Points: Cute VR tower defense and multiplayer games
Weak Points: Inconsistent difficulty spikes; hardware tracking issues
Moral Warnings: Although there is no blood, you either shoot down enemies or pierce them with arrows

The level difficulty spikes can be rather dramatic and grinding to power-up your animal army will be necessary to survive. The levels are not random so you can learn the patterns and strategize accordingly. You can place your animals in specific locations, or hand control as many as you like. Unfortunately, on several occasions, the PSVR tracking limitations got in the way of my gameplay and I lost the level as a result.

There are six worlds and in order to complete them, you’ll have to battle with an intimidating boss at the end. For the boss battles, I fared better with manually moving around my forces instead of stationing them in specific areas. Do whatever works best and keep your units out of harm’s way.

Along with the single-player campaign are three local multiplayer mini-games that can be enjoyed with non-VR users. Steal the Statue is a mini-game that can benefit from multiple non-VR players since the VR player has an advantage. The objective in this game is to either steal the statue (non-VR players) or prevent it from happening (VR player). The VR player can switch between various turrets and shoot arrows at the prospective thieves. It takes two hits to bring down a thief, but if there are multiple non-VR players, they can revive a fallen comrade. If there are only two players total, the VR player will automatically win if they bring down the thief. 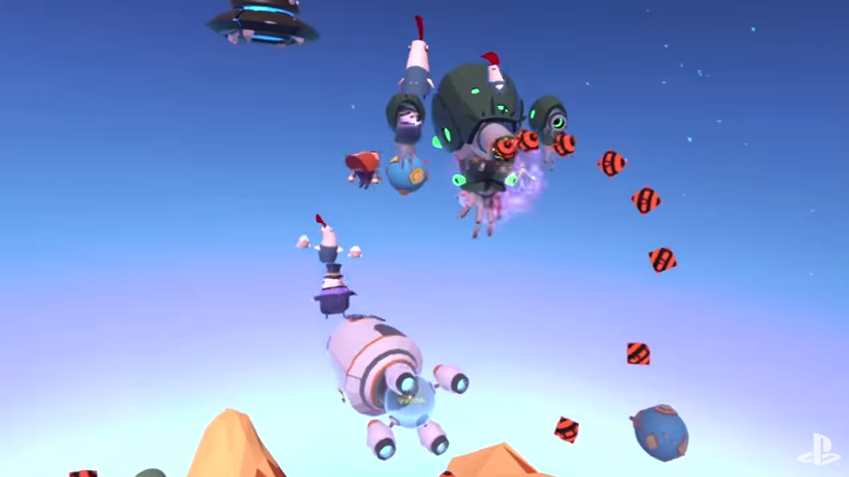 The visuals are colorful and adequately detailed. Though there is violence, it’s not bloody or gory, even after seeing arrows pierce through enemies. Any defeated foes simply vanish once conquered.

On the audio front, the sound effects are cute and appealing to kids. The animals make a silly “hee hee” noise a bit too often for my tastes. The background music is very upbeat and fitting.

Overall, I find Animal Force a decent game though it’s sadly plagued by inferior PSVR tracking. I’m not a fan of the necessary grinding either. Other than those gripes, this is a cute game that is family friendly and fun in short spurts.