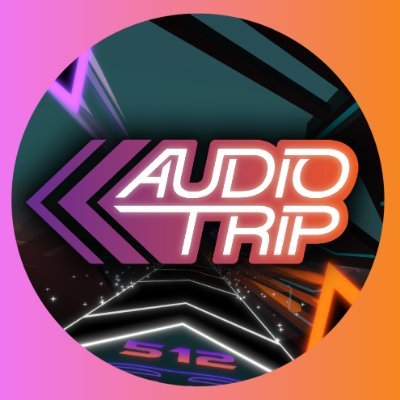 Thank you Andromeda Entertainment for sending us an Early Access review code!

Audio Trip is currently in Early Access and features ten electronic dance music (EDM) songs and will be released with twenty when it goes gold. The song list so far is impressive with popular artists and DJs including Benny Benassi, Deadmau5, Lady Gaga, and Skrillex. Even the songs that I was not familiar with are of high quality and fun to dance too.

Each song has three different difficulty levels and the choreography on all of them is extremely well done and I don’t feel like a moron while playing. That doesn’t mean I don’t look funny dancing though. :) If you survive until the end of the song you’ll be able to submit your Steam name and score to online leaderboards.

Strong Points: Great song selection and choreography
Weak Points: Tracking issues on the Oculus Rift S
Moral Warnings: One of the songs drops an f-bomb at the end

Your left hand is purple and your right hand is orange. You must tap the colored triangles with the appropriate colored hand. Sometimes you’ll have to follow a colored path. Occasionally there will be colored drums to bang or a red wall to avoid. Last but not least, is a color specific arrow-like shape that you’ll have to swipe in a particular direction. Unfortunately, these arrows aren’t very clear and I often swipe in the wrong direction. The developers are working on improving this aspect of the game.

A bigger problem I encountered was some tracking issues in the song Satisfaction. There’s a drum sequence there that doesn’t register properly on my Oculus Rift S. As a result, I often failed using the newest Rift headset. If I use my original Rift/Touch headset I’m able to pass the song without any trouble. Per the discord bug reporting channel, the developers are working on the hit detect logic for the drum sequences. Hopefully, that solves this problem. I look forward to beta testing and offering more feedback. 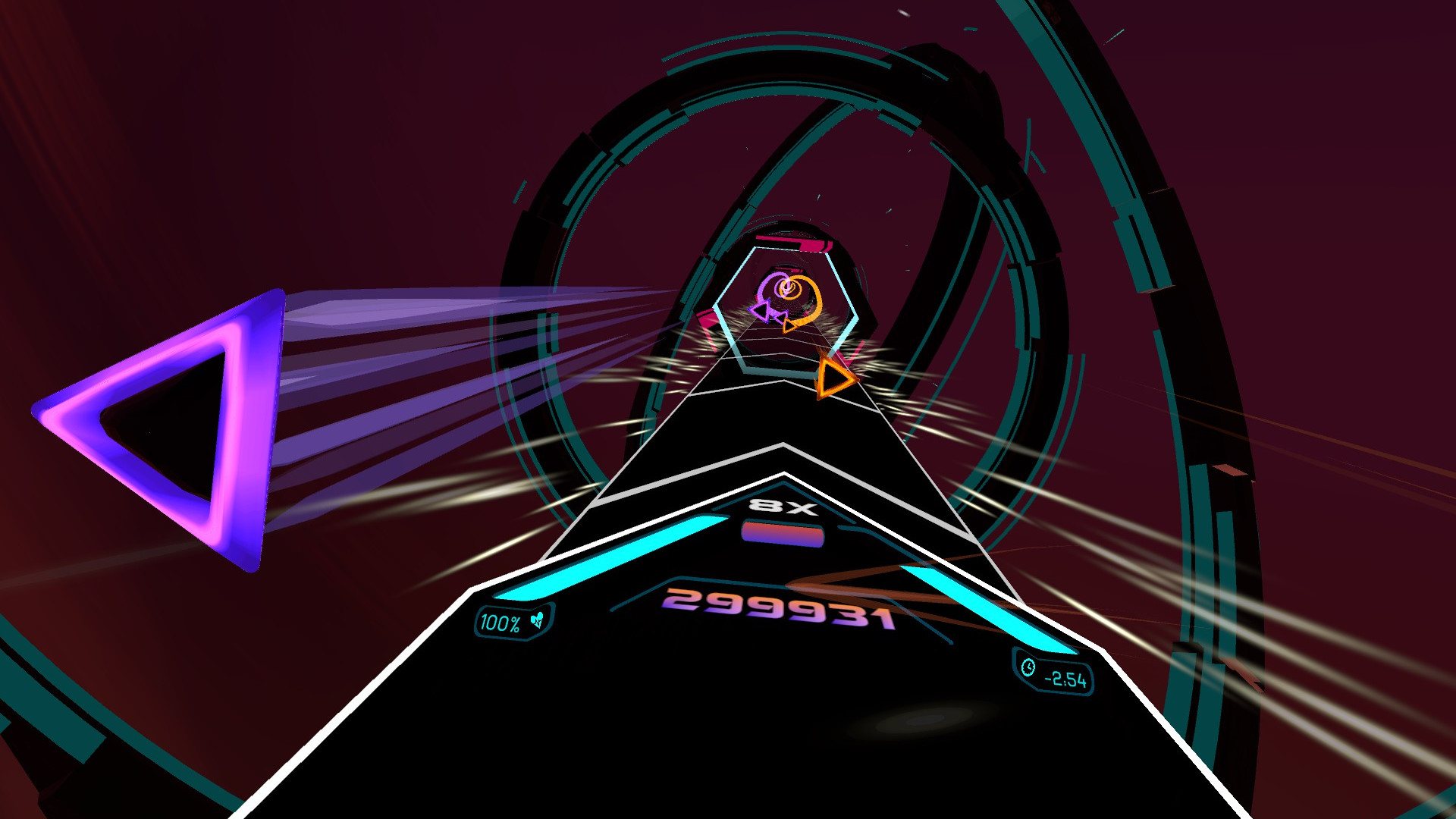 The game’s interface is pretty intuitive and easy to maneuver. I didn't notice the song's status bar or timer on the right-hand side of the score, but once it was pointed out to me, I was able to find it with no issues. I'm to hear that the swiping arrows will be redesigned to make them more legible.

So far I’m impressed with the song list and enjoy all of the songs, except for the one with the f-bomb dropped at the end. The instrumental songs are family-friendly. The song titled Satisfaction could be interpreted as having sexual overtones.

Though there is some room for improvement, Audio Trip is fun to play and has a lot of potential. I look forward to its development and well-polished final product. If you enjoy VR rhythm games, you should add this one to your Wishlist.