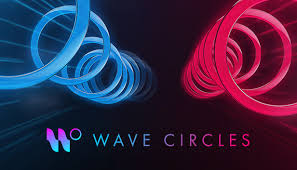 Thank you PlatformaVR for sending us this game to preview!

It’s no secret that I enjoy rhythm games and virtual reality takes music-based games to a whole new level. I enjoyed most of the music in Wave Circles. It’s typically electronic and dub-step with the occasional bluegrass or rap song. Very few of the songs have lyrics and from what I’ve heard they’re pretty clean. With that said this is an early access game and will probably change quite a bit before it fully releases.

Using your own music library is possible by designing your own levels with the editor. As of this preview, there are close to twenty built-in songs, but the developers seem to be adding more with the game updates and fixes. Though the Steam forums have discussion, it’s best to reach the developers via their Discord server.

Your goal in the game is to survive until the end of the song. To do so you must use your red and blue controllers to touch the same color balls and lines of circles. Some songs will also have portals that you need to put your virtual head through and triangle shards that need to be avoided at all costs. Like many things in life, this is easier said than done, especially at the harder difficulty settings. Most of the songs have multiple difficulty settings to choose from (Easy, Normal, Hard, Beyond).

You have three X’s or lives per song. Each mistake will cause you to lose a life. You’ll have a small window of invulnerability, but it doesn’t last longer than a few seconds. Lives do regenerate slowly, but you’ll want to aim for perfection if you want a good ranking on the leaderboards.

I’m not sure how often the leaderboards get updated, but my ranking was unchanged (zero and last) after successfully completing songs for the first time on normal difficulty. I also seemed to have scores for songs I haven’t played yet. Lastly, I had the game crash to desktop the moment I completed a song. Although my score seemed to be saved I don’t think it was submitted to the leaderboard. 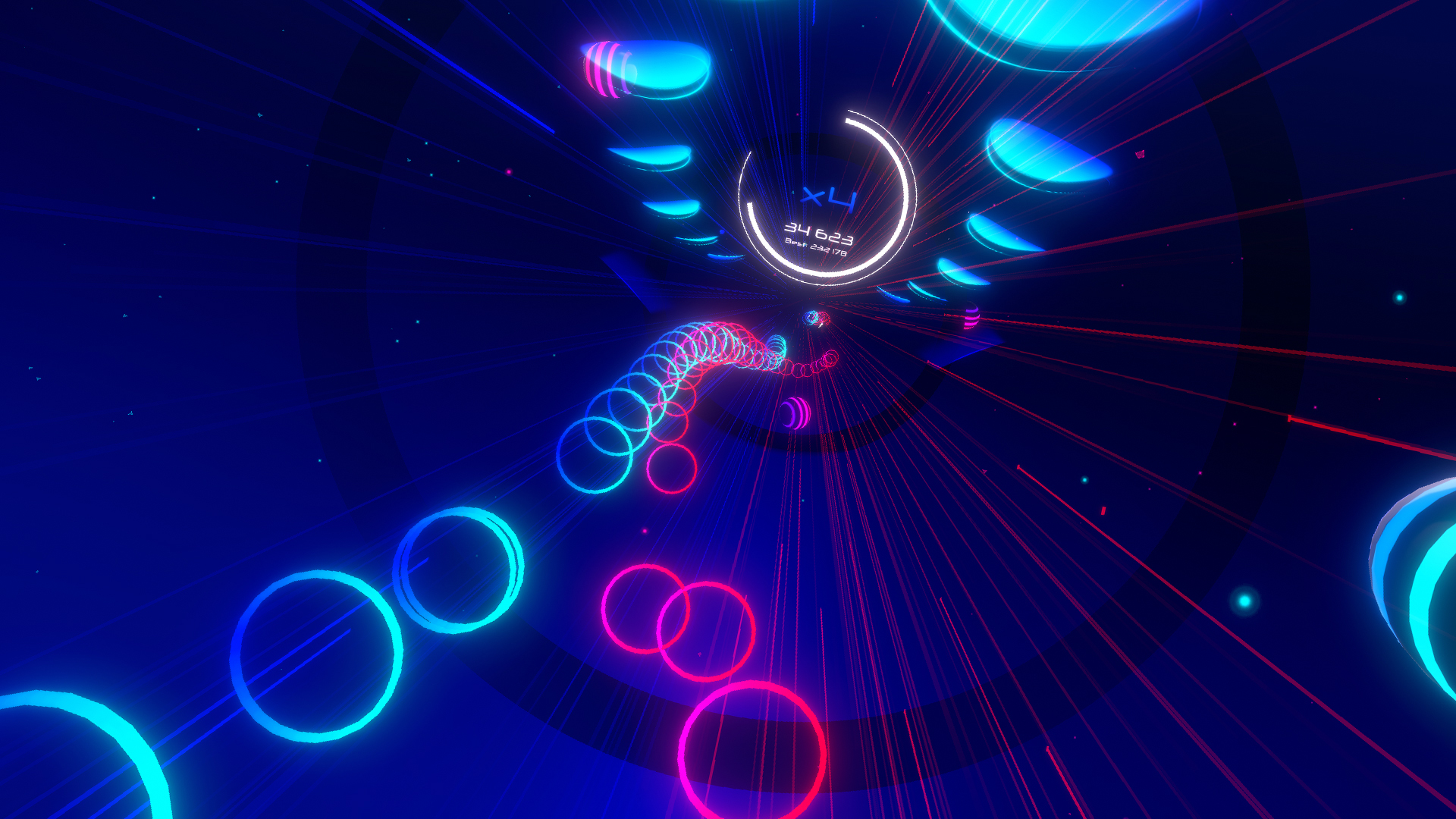 Currently the interface seems to be all jumbled together and it’s hard to tell menu options from some of the song titles. I didn’t realize right away that Beyond was a difficulty level, I thought it was a song at first. My suggestion would be to color code the menus instead of having them all be white.

On my first playthrough I did experience some tracking issues. For the most part, they went away after re-configuring the Rift S’ guardian boundaries.

Despite the hiccups, there is much to like with Wave Circles. The price is a reasonable $9.99 and it has a lot of potential. I can’t wait for the improvements and I look forward to playing the final product when it’s available.