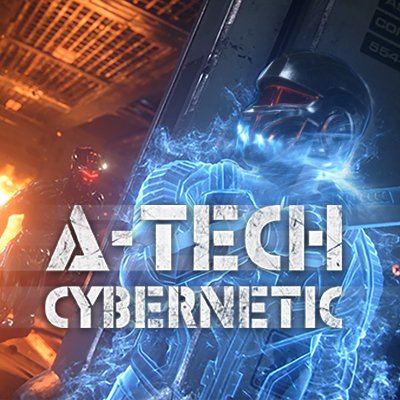 Thank you Xreal Games for sending us an Early Access preview code of this game!

I have played several FPS and zombie shooters in VR; there are some good games and some poorly implemented ones out there. Even though A-Tech Cybernetic VR is still in Early Access, it’s pretty well polished and looks quite promising so far. Co-op gameplay and more content is promised and I look forward to checking both out when they become available.

Before diving into the first of three chapters currently available, you should select your difficulty level and go through the tutorial. In there, you’ll learn how to move, equip, fire, and reload your weapons. To move, you can either walk or teleport. If you easily get motion sickness, you may want to stick with the teleportation system. 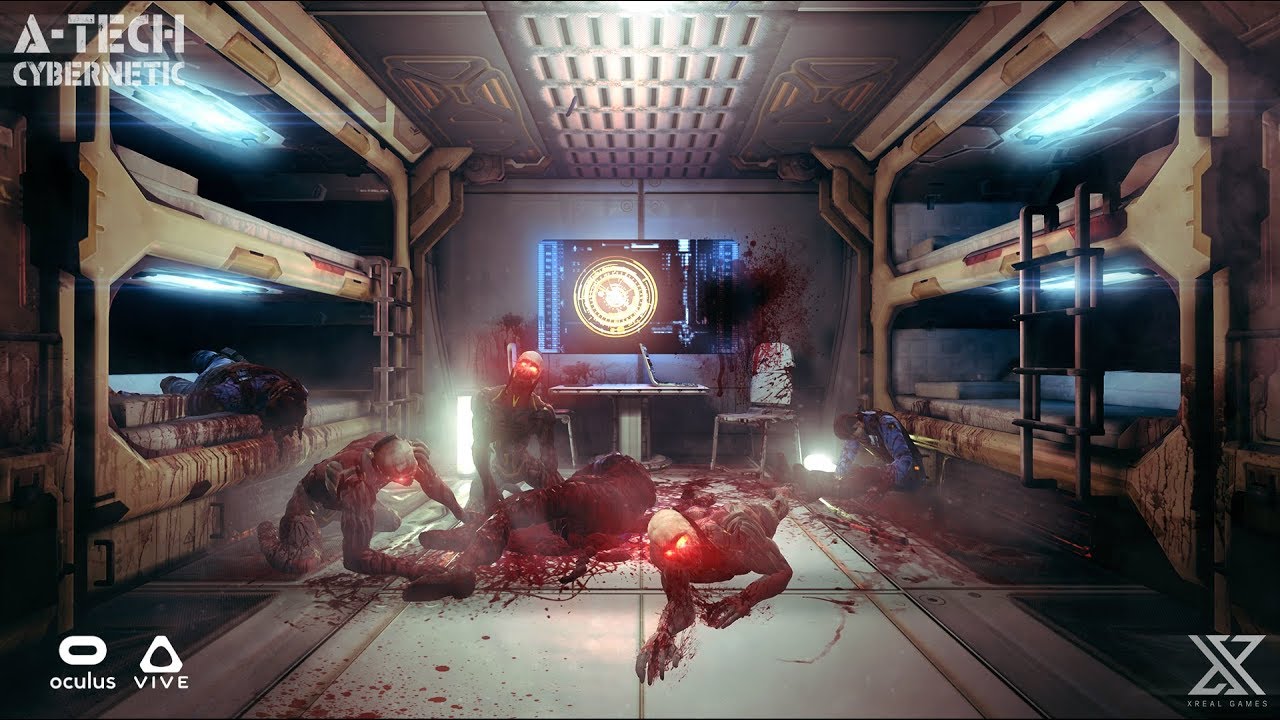 Strong Points: Lots of weapons to choose from; solid controls and gameplay
Weak Points: No co-op yet and the interface is a little rough around the edges
Moral Warnings: Lots of violence, blood, and gore; strong language including h*ll, d*mn, f*ck

There are plenty of weapons in this game ranging from lead pipes, crowbars, pistols, and machine guns, to bow and arrows. The hard part is scrounging enough ammunition. You can holster your unused pistols and carry around a flashlight to illuminate dimly lit areas and a pipe or a crowbar as a standby for when your ammo is low.

Many areas will be inaccessible until you locate the required key cards. It’s kind of funny how big they are in this game which makes them easy to grab in VR but totally a hassle if they were that size in real life. They’re about the size of a clipboard and you’ll often find them near mangled bodies of soldiers or scientists. 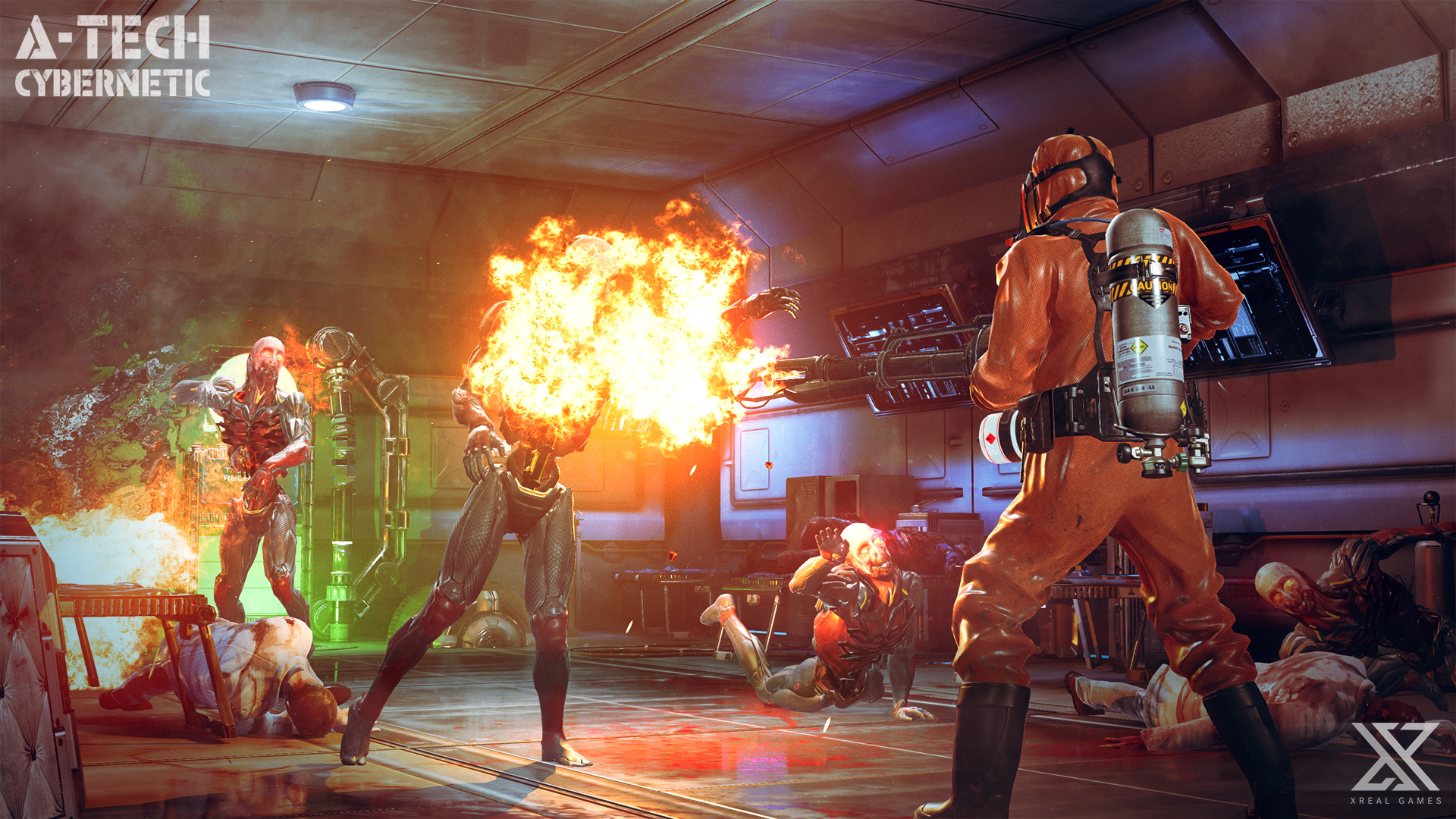 There is a lot of blood and torn apart bodies in this title. With the dimly lit areas and excellent sound effects, you may get a jump scare or two throughout your playthrough. The visuals are well polished and this game utilizes the Unreal Engine nicely.

Aside from the zombies and violence, you’ll encounter a fair amount of language in this game. The scientist whose body you’re inhabiting isn’t too fond of your presence and is quite verbal about his displeasure with your company. You’ll hear him say h*ll, d*mn, and f*ck a few times. I like how my Steam name was shown in the game’s dialogue. Instead of pronouncing my name, he often referred to me as grunt. The voice acting is good in this title.

A-Tech Cybernetic VR ran pretty well for me and I did not experience any issues while playing the game. There is some minor graphical distortion while loading, but that didn’t impact the gameplay any. I like what I am seeing so far and the price of entry is a reasonable $14.99. If you’re still unsure, there is a free demo to try. I look forward to following this game’s future progress and updates toward its release later this year.