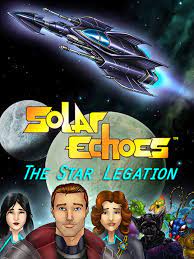 Thank you CoreFun Studios, LLC for sending us this game to review!

In 2017 we reviewed and enjoyed the tabletop game Solar Echoes. Solar Echoes: The Star Legation is a Sci-Fi visual novel that takes place in the same universe with the same alien races. You play as Trey Donovan who has been tasked with heading up the Interstellar Union. In order for this alliance to be a success, Trey must convince several alien races to send a diplomat with them to represent their species.

Not only does Trey have to convince the leaders that they are not a threat, once onboard Trey and his crew must keep the peace between the hostile alien races. You can speak with the representatives individually to get a better understanding about their race and ideologies. There will be some instances where you’ll have to side with someone.

The ending you’ll get will be determined by you alliances and decisions made through your six-hour journey. There are two gameplay modes: classic and kinetic. If you don't want to worry about battle choices, play the kinetic mode.

Solar Echoes: The Star Legation has some replay-ability by trying different skillsets and dialogue choices. You can even try romancing either or both eligible females. Upon completing the game, you’ll see how points you earned toward making the relationship work or not. I didn’t succeed in making the relationship work in either of my play-throughs. Additional play-throughs can be completed faster with the option to fast forward through the dialogue (you can't skip to the next choice). Pressing the B button can show the text backlog if you need more context on a dialogue prompt.

There are many things that are well done in this game and some areas that are a little rough around the edges. I really liked the characters and the banter between them. One complaint I have is that there is a limited number of save slots and this game doesn’t use Steam’s Cloud Save feature so you’ll have to manually copy over your saves to another computer to resume your game.

I like the hand drawn characters and how their expressions change during their dialogue. The movement animations are a bit lacking, but you get the gist of what’s happening. While playing the game you can maximize the game window, but there is no true full screen mode. 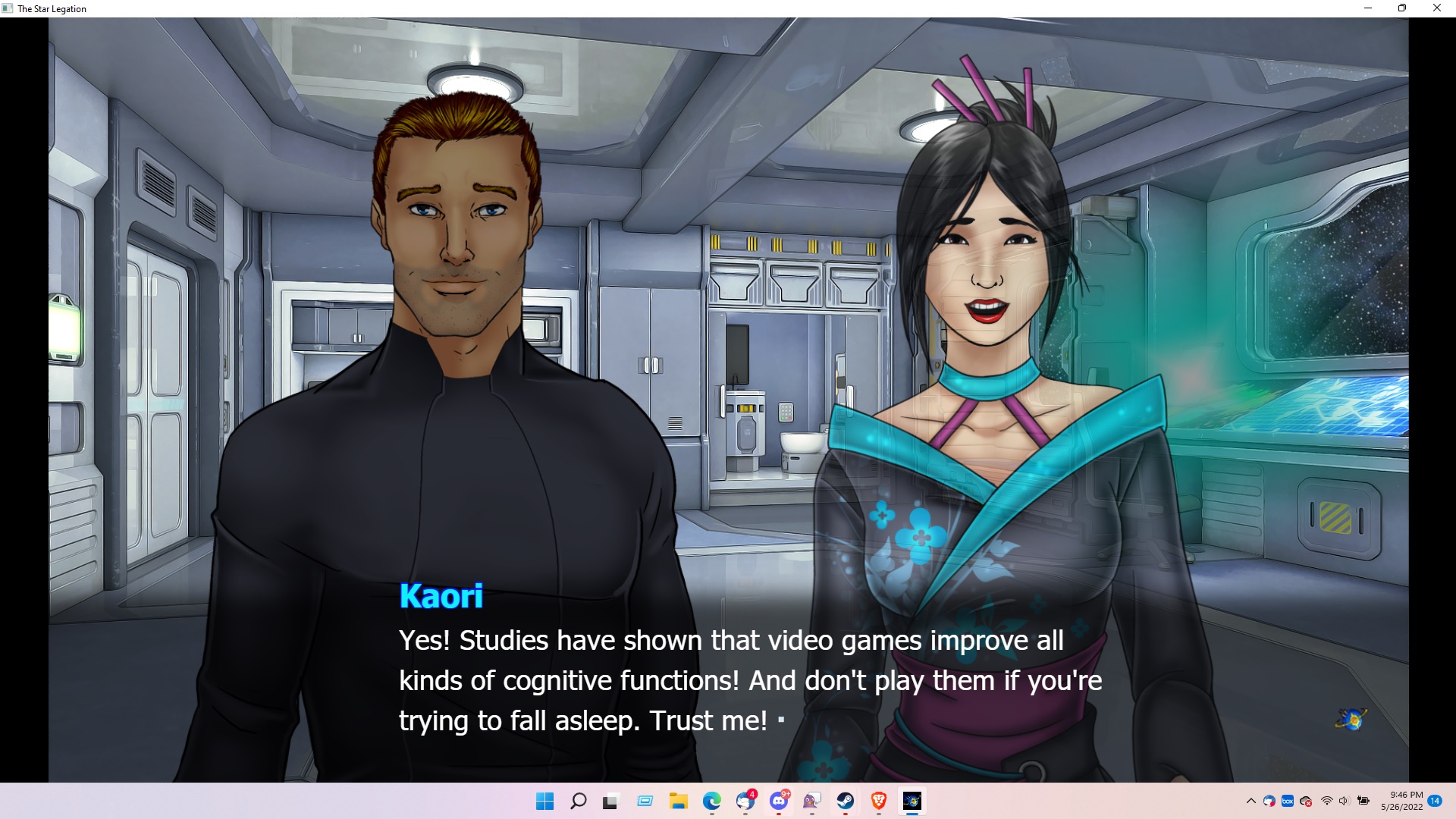 There is some voice acting is during the game’s finale, but the rest of the game has just music and background noises. The sound effects are present throughout the whole game and they are believable. The background music is unique and changes with the game’s story. I liked some tracks better than others, but none of them got stuck in my head.

Morally, Solar Echoes: The Star Legation is pretty clean. There isn’t any cursing in the dialog to worry about. There are some battle scenes with guns, but no blood is shown. Battles are not real time, you have to select your action and if it's wrong, you'll see a "Mission Failed. Game Over" screen.