Note: This review is based on the Steam version of the game, with the Play The World and Conquests expansions pre-integrated. The game was released in macOS-supported versions, but the Steam release defaults to the Windows-only version.


It is both said bad things come in threes and the third time is the charm. Only one of these statements can be true of Sid Meier's Civilization® III Complete, and on the whole, I lean toward the though it's still not perfect, albeit quite good regardless. Civilization III is the third officially numbered title in the franchise, and while the second game brought the series many mechanics later games would use for good, Civilization III is about further polishing these ideas and smoothing out the rough edges of its predecessor.

The two bundled expansions are Play The World and Conquests. Both add new civilizations and playable content, though the online multiplayer of the first is no longer functional, LAN is still working. The second adds extra themed scenarios for the player alongside the main game, mostly themed around military conflict, as the name suggests.

Civilization III is a 4X genre title (an acronym for eXplore, eXpand, eXploit, and eXterminate), a subgenre of the simulation genre typically involving the simulation of cultures and leadership of the same. The player assumes the role of a real-world-based civilization like the Romans, Inca, India, and so on, guiding their development and growth across the ages.

The game takes place on an isometric, hexagonal grid map from a top-down perspective. The player and AI give orders to build cities and units within their zone of control (marked by colored borders) to develop structures and improvements. Unlike the last game, where the units were static images, this time they are fully animated, so when they move you can see them in motion. Meeting with foreign leaders now has animated face portraits to better ascertain their mood during negotiations. Another improvement on prior games is more bloodless options for victory, such as the diplomatic, cultural, and wonder victory. 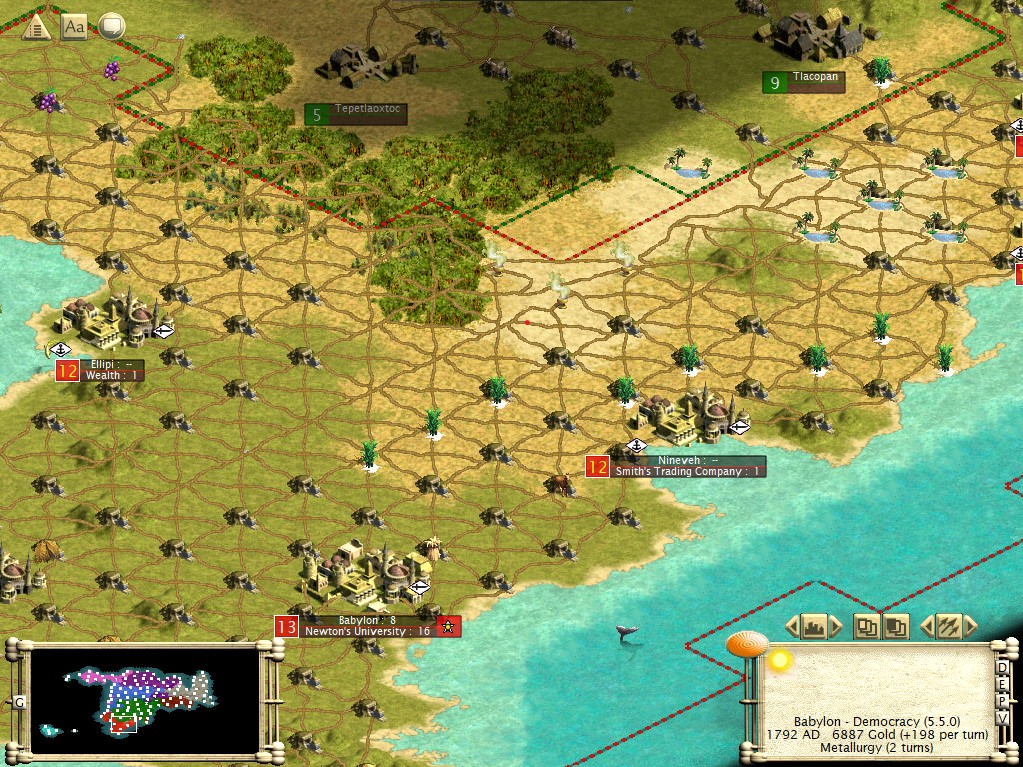 Strong Points: Refines all that its predecessor did but with a smoother learning curve
Weak Points: No official widescreen support, letterboxed only
Moral Warnings: RPG-style violence; options to violate good faith diplomacy and wage aggressive war

Further refinement was given to certain game subsystems. Negotiations can involve pacts of mutual defense and right of way agreements. Cities can be controlled by governors to manage citizen happiness and productivity. The already excellent mod tools were further enhanced, with even more options for making varied maps and scenarios. Another enhancement is that the world leaders now have listed "traits", like "Expansionist", "Commerical", "Religious" and so on. This gives the player a better idea of their preferred strategy in negotiations and the AI playstyle.

Graphically, as opposed to the mostly flat look of the second game, the world, while still 2D dimensional, now has the appearance of different height scales, distinctive shorelines, and enhanced terrain detail to make different features stand out a lot better. The negotiation screens all have animated 3D-style face portraits that are very expressive, and the game features detailed animation for every unit as opposed to the flat icons of the preceding title. Unfortunately, there is no widescreen support, with the game locked to a rather low resolution with letterboxing in fullscreen. It can be modified by tweaking the game ini file, but this is not officially supported.

Music and sounds make heavy use of public domain assets, especially the music, most of which derives from classical music and other instrumentals. Both are well chosen, and some are upsampled and enhanced versions of music that debuted in the prior title. The keyboard and mouse are the primary means of game control, and for the most part very easy to learn.

Stability-wise, this runs on Windows out of the box. Linux users may need to do some tinkering via Steam Proton (or Wine for the non-Steam versions) to get this to work, but it will run fine once you've cleared this hurdle. Steam Deck performance is as of yet unknown but should be similar to running under Steam Proton. 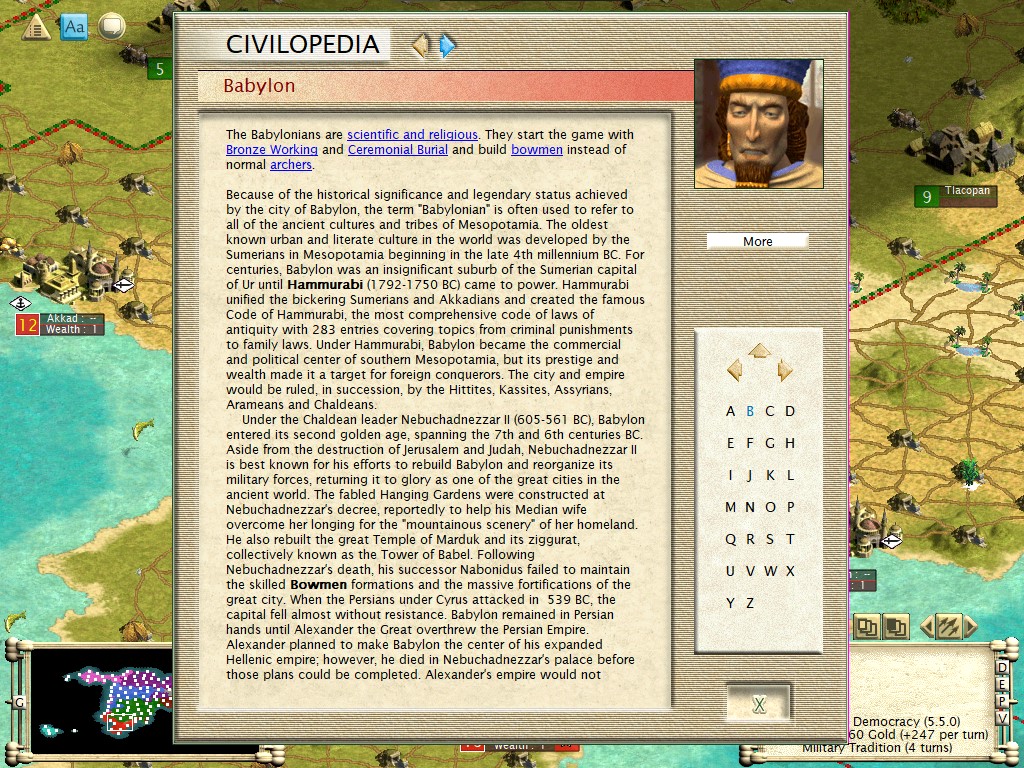 Morally, this has a few minor concerns.

Violence is RPG style, give an order and watch it happen. There is no blood and gore and defeated units disappear without remains. The ESRB states there is animated blood, but the closest one will get to actual blood is the defeated world leader portraits, which have Looney Tunes-style red marks and bruises as a visual shorthand for their defeat.

The language is completely clean, and there is no sexual content of note. Some buildable structures are religious buildings from various cultures, but they merely grant generic bonuses to all players and are presented historically and educationally. You can choose to violate diplomacy in good faith and wage war against allies without provocation, should you so choose, but this is merely an option, you are never required to do so in standard play.

Overall, Civilization III is a good game set at the point the series attained many of the modern trappings that further titles would run with, and is technically still excellent despite its age. Morally, there are some minor concerns, but given the educational focus, would be suitable for almost any age. If you like the Civilization series or empire-building games in general, then this is a worthy game to purchase, especially since it's typically very inexpensive.