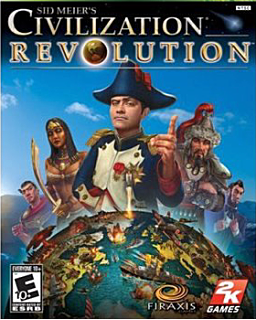 Unfortunately, I was unable to test the multiplayer at the time of this review; however, the problem was on my end and has no bearing on the title’s score.

As a mainly console-based gamer, there are many series, and even whole genres, that I rarely get a chance to try. The turn-based strategy series, Civilization, is just one of them. Unlike other strategy titles, the focus in Civilization is managing armies, building cities, negotiating treaties, and dealing with hostile nations—the full experience of being a world leader. The series up to this point has been phenomenal, and while that doesn’t change with Revolution, even I can see that it’s not up to par with the PC versions.

For those unfamiliar with the series, Civilization allows you to guide a nation of your choice, 16 in all, to victory in economics, technology, domination, or culture. Whether you’d prefer to have uncontested rule by conquering the other nations or prefer to run the world by creating a profit from trade, the game allows you to do it. Sometimes it’ll be possible to buy your way to victory, by placating the other nations with technology, but other times they’ll become unreasonable, and must be eliminated. No two matches are the same, and there’s always another scenario or civilization to try. 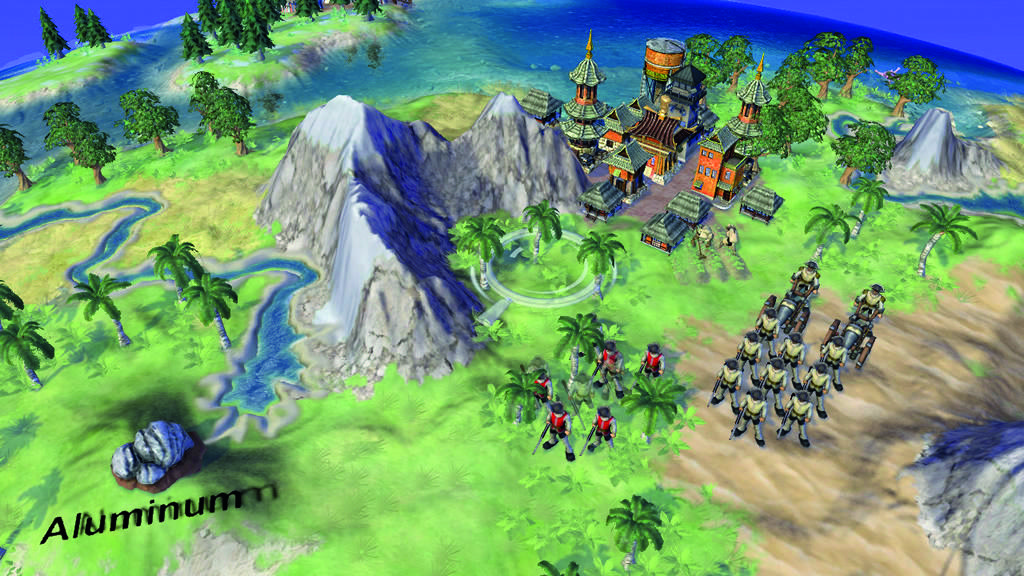 Unfortunately, the same can’t be said of the combat. While it is faithful to the main series, waging war just isn’t very enjoyable. Other than choosing what units to use, the player isn’t very involved in the process. Pick a unit (generally the strongest), select an enemy within range, watch a quick battle take place, and continue with your turn; no strategy required. More often than not, luck and numbers are more important than any plan you’ve formulated. It certainly keeps the game well-paced, since trying to cram an RTS system in would ruin the flow of both single-player and multiplayer, but it left me a bit jaded after three Russian archers took out my Japanese Zero Fighter. Which, granted, is hilarious, but it’s also frustrating when combined with some of the title’s other flaws.

Despite its minimalistic aesthetic, Revolution has frequent drops in frame-rate. This could very well be attributed to the many on-screen animations and effects, but that barely seems like an acceptable excuse when other developers have fit so much more on-screen without the same problems. Near the end of some rounds, the action played more like an interactive slide show than a video game. Thankfully, this isn’t the case for the entire game, as it runs fairly consistently during most of the round, but it certainly makes the final turns less enjoyable.

The AI’s aggressive mood swings don’t help matters either. As mentioned earlier, there are times where diplomacy just isn’t an option, but it’s more accurate to say that the game is dead set against peaceful relations. Though there are diplomatic options to prevent war, it rarely helps smooth things over for long. What is accomplished by bribing another nation with technology if they’ll just attack again in a few turns?

This could have been on purpose, since the title was built with console gamers in mind, and combat would likely be the most appealing aspect to many people. The problem is that there’s so much more here than a war simulator, but it’s difficult to see when the other nations are issuing death threats. There’s trade, espionage, strategy, management, expansion, exploration—so much more than what it’s forced to be: an attempt at making strategy casual. 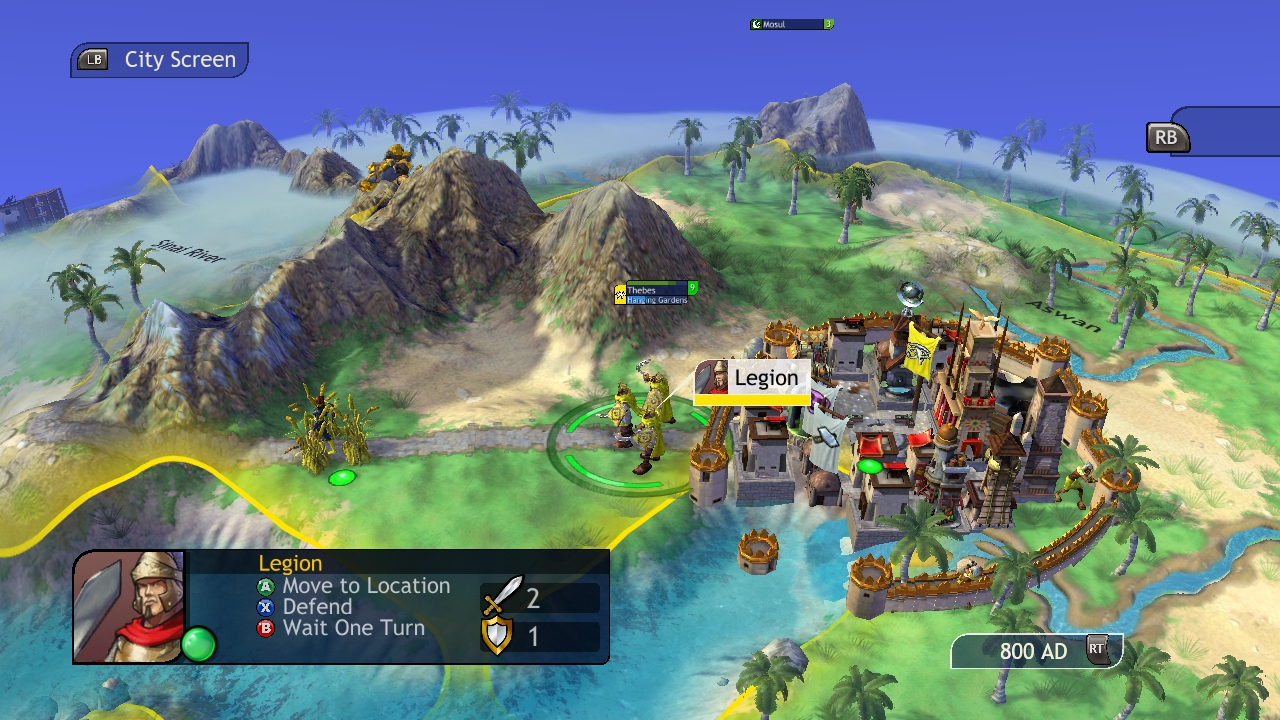 Now, that isn’t a horrible goal, nor is the outcome. This installment really has made the series more accessible than ever, and I think it should be commended for that. Excellent aides like the Civilopedia and advisers help guide the player through matches without burdening them with unnecessary information. Combined with some help from the tutorial, I have a hard time believing anyone would be unable to play due to lack of understanding.

I doubt they’ll be unable to play because of content either. Everything here is friendly and inviting, from the intuitive controls and the bright colors, to the lively character animations and mostly clean moral content. The entire experience feels as if Firaxis’ mentality during development was, “World domination for the whole family!”

That is, unless you deem the few moral problems as too much for the children. The most obvious of which is violence, but it’s actually quite mild and similar to many turn-based RPG’s. A bit less obvious, but still concerning, are the depictions of Catherine the Great of Russia and Cleopatra of Egypt—both wear revealing outfits, the latter of which wears an outfit comparable to a bikini. Though it may not concern some people, communism is an available form of government, and while I don’t question its inclusion, others may not wish for their children to be exposed to it.

This being my first time with Civilization, I’m hardly qualified to judge the series as a whole, let alone this excellent spin-off. However, I’m confident in saying that this is an excellent addition to the Civilization series. There were things I found annoying, yes, but the experience as a whole was fantastic, and I can see why the series is so beloved by our PC brethren. I’m well aware how much more shallow this installment is compared to its big brothers, but this is also for a different audience, and I’m convinced that audience will love it as wholeheartedly as the PC players before them.