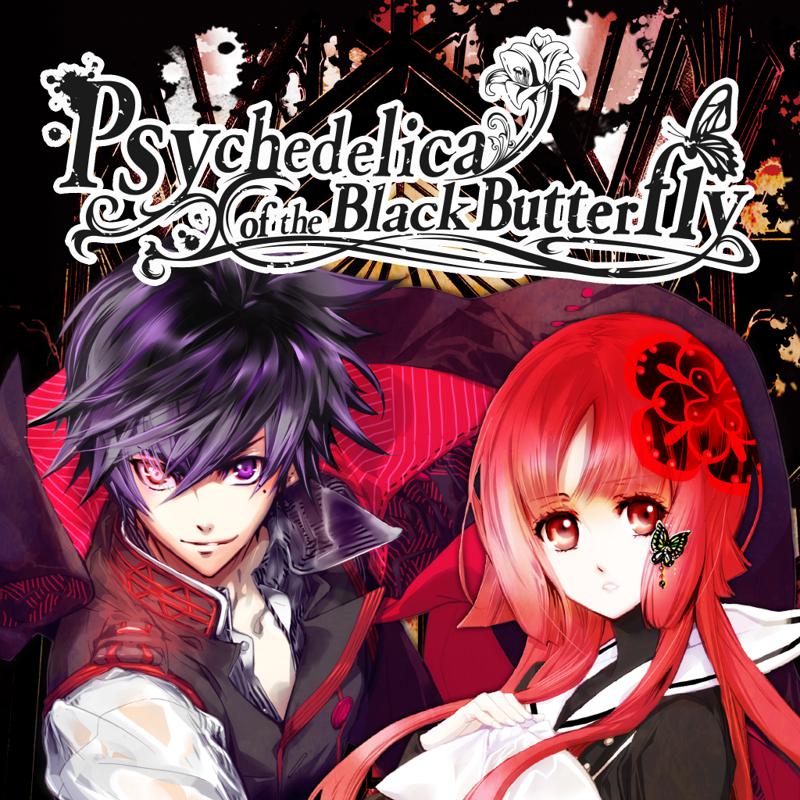 Thank you Intragames for sending us this game to review!

Psychedelica of the Black Butterfly was originally released in Japan on the Vita platform in 2015.  In 2018, it became available in the USA on Vita and PC.  The PC version is obviously ported with a shooting minigame that’s best played with a touch screen device.  If you don’t have a touch screen, it’s still doable, but the controls are a little awkward.  I played this game on my GPD Win Max for its touch screen capabilities.  One thing to note is that if you switch computers, you’ll have to make sure that the target computer has a compatible resolution or the game will crash at startup.  I originally streamed this game on my desktop with a 4K monitor and had to adjust the resolution on my gaming desktop to make my save compatible with my GPD Win Max and its 1280x800 resolution.

Upon launching the game, you’ll be prompted to name the female protagonist.  I went with the default name of Ai Minato.  After the name and voice are finalized, the story will begin with this character waking up in a mansion without her memories.  She isn’t alone as there are other male characters without their memories there too.  Monsters roam the mansion at night so if these characters want to survive, they’ll have to work together and figure out who they are and why they’re there.

Psychedelica of the Black Butterfly is an otome (reverse harem) visual novel meaning that the male characters will all try to win the favor of the female protagonist.   There are multiple endings with each of the suitors and some endings are more ideal than others.  Some of the best endings may require you to finish another character’s route before you can unlock it.  There are many walkthroughs and guides available to help you unlock all of the endings in the proper order.  Unfortunately, despite following a reputable guide, I was unable to unlock some of the character episodes which blocked me from seeing every possible ending.

Strong Points: Interesting characters, premise, and dialogue
Weak Points: It can be difficult unlocking all of the short episodes necessary to see all of the possible endings; awkward controls; a touch screen device makes playing the minigames much easier
Moral Warnings: Violence and bloodshed; language (*ss, b*stard, d*mn, sh*t); sexual jokes and references; afterlife is portrayed differently than in the Bible; taking the Lord's name in vain

As you play through the game, you’ll unlock episodes which can be revisited at any time through the flow chart.  Even if you start a new game, the flow chart progress will still be saved.  Depending on your dialogue choices, you’ll embark on different character routes.  If you have already read through the dialogue, you can have the game auto-play, skip parts that you already read, or fast forward to the next dialogue choice.

One of the first choices you’ll make is which character to patrol the mansion with.  This will begin their route and unlock a butterfly shooting mini-game featuring that character.  By playing through the mini-games, you’ll earn points which can be used to unlock story episodes on the flow chart.  In order to see all of the possible endings for a character, you’ll have to have seen their story episodes.  The character development is well done and watching these episodes are not a chore whatsoever.

The minigame has you tapping/clicking on butterflies flying around.  Your goal is to target multiple butterflies and shoot them down with one key press (K is the default).  The controls are a little awkward but usable.  As I mentioned earlier, a touch screen makes these mini-games much easier.

Without revealing too many spoilers, the characters all went to a summer camp together and have reunited in this mansion without their memories ten years later.  To find out what happened since then, you’ll have to collect kaleidoscope shards by defeating monsters roaming around the mansion.  With each shard collected, you’ll regain some of your memories. When the kaleidoscope is complete, a wish will be granted to the one who completes it and everyone else will be released from the mansion. 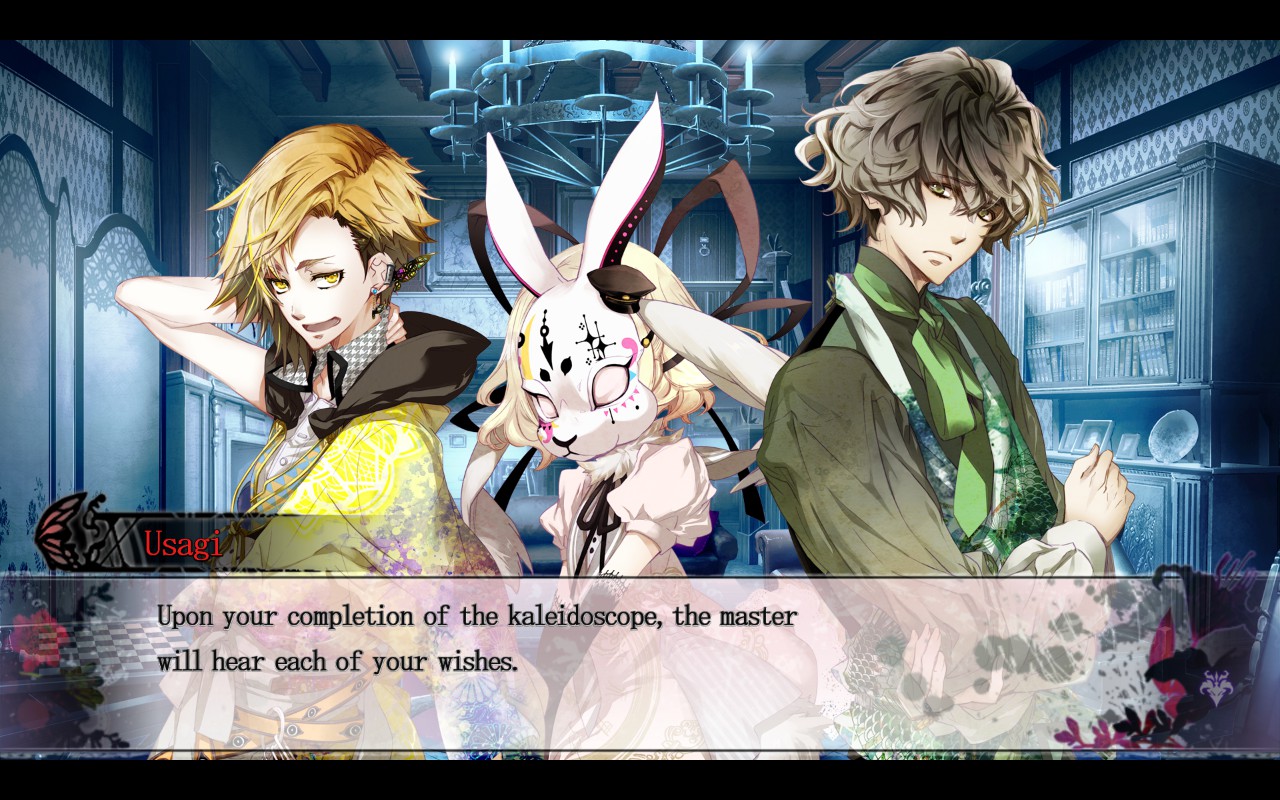 Some of the characters in this game are at the border of life and death.  White or black butterflies will trail occupants of the mansion and white butterflies are around those close to “crossing over” while black butterflies encircle people who are on the verge of losing hope and being cast into the abyss.  These views of the afterlife differ from the Lord’s judgment described in the Bible.

Some of the characters who lose themselves turn into monsters and your party must shoot them down in self-defense.  To do so, they conjure up a revolver from thin air and it appears in their hands as they imagined it.  Violent events are described and some blood is shown.  Foul language is another concern with words like *ss, b*stard, d*mn, and sh*t, in the dialogue.  Yamato is the one typically cussing or using the Lord's name in vain.  Karasuba is the most forward of the guys and is very flirtatious.  Some kissing is shown and it’s not always consensual.  One of the endings results in marriage and there is some suggestive talk before the screen fades to black.  Nothing inappropriate is shown.

The voice acting is well done and I’m pretty sure I’ve heard some of these Japanese voice actors in later released titles from Idea Factory.  The sound effects and background music are well done and set the mood nicely.

Visually, Psychedelica of the Black Butterfly has some beautifully detailed backdrops and characters.  As you play through various routes, you’ll unlock CGs (computer graphics) that are unique to that storyline.  There’s a Steam achievement available for unlocking them all.

Despite not being able to see every possible ending, I did enjoy my time playing Psychedelica of the Black Butterfly.  I’m thankful that I got to see at least one ending for each of the possible characters.  I have added the sequel, Psychedelica of the Ashen Hawk, to my Wishlist and look forward to it going on sale.  :)