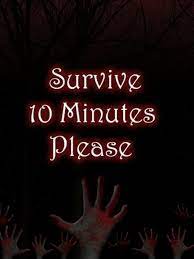 Thank you Avi Malviya for providing us with a review code!

When I played the hardcore action survival game “Survive 10 Minutes Please” on Steam, I was expecting an all-out zombie apocalypse and for a 2D rogue-like game with RPG (role-playing game) elements, I was not disappointed. What I will unapologetically point out is that after looking at the “How to Play” screen, there are instructions on the buttons you have to press, for keyboard and game control users. The issue with using the keyboard option is trying to wrap my head around how to fire a bullet, but it’s not difficult to find the reload or dodge button. Dodging an attack gives me the opportunity to counterattack. Nowhere on my keyboard does the symbol on the “How To Play Screen” shows to simply fire a bullet, so instead of trying to play the guess game, I chose to plug in a game controller in my computer.

There is a “Normal Mode” and there is a “Hardcore Mode. In both modes, there is a 10-minute countdown. When I choose the “Hardcore Mode,” the zombies feel nearly impossible to defeat, unless I memorized how to properly play it. I can use a knife, throw grenades, and plant land mines as weapons. On each level, I have the choice to choose my upgrade. For example, on Level 1, I can either increase my stamina regeneration with “Strong Lungs,” increase my health regeneration with “Health Conscious,” or increase my knife damage with “Weak Spot Finder.” Level 2 gives me the options of either increasing my pistol fire rate with “Faster Hands,” increasing my pistol damage with “Better Aiming,” or increasing my walking speed with “Run Run Run.” Finally, on Level 3, there’s the options to either increase landmines’ damage area with “Better Placement,” increase grenade damage with “Throwing Expert,” or increase pistol damage with “Gun Expert.”

When I stab zombies with my keen knife, I have to move the opposite direction for space, just to unrealistically stab them again. It takes 2-3 knife thrusts to kill the zombies and if I’m fortunate enough not to press the wrong button, I can survive. The best part about throwing the grenade is that if you are engulfed in the flames from the explosive device, miraculously, it will not harm you. Only if there were unlimited land mines available, so that all of the zombies can mysteriously walk into the explosive device in a straight line. The fact that the zombies can’t just walk around the land mines is a relief because the game is already challenging. If that doesn’t sound like fun, then what do you think about having a knife that consumes your stamina and you have limited bullets to use against a zombie horde? 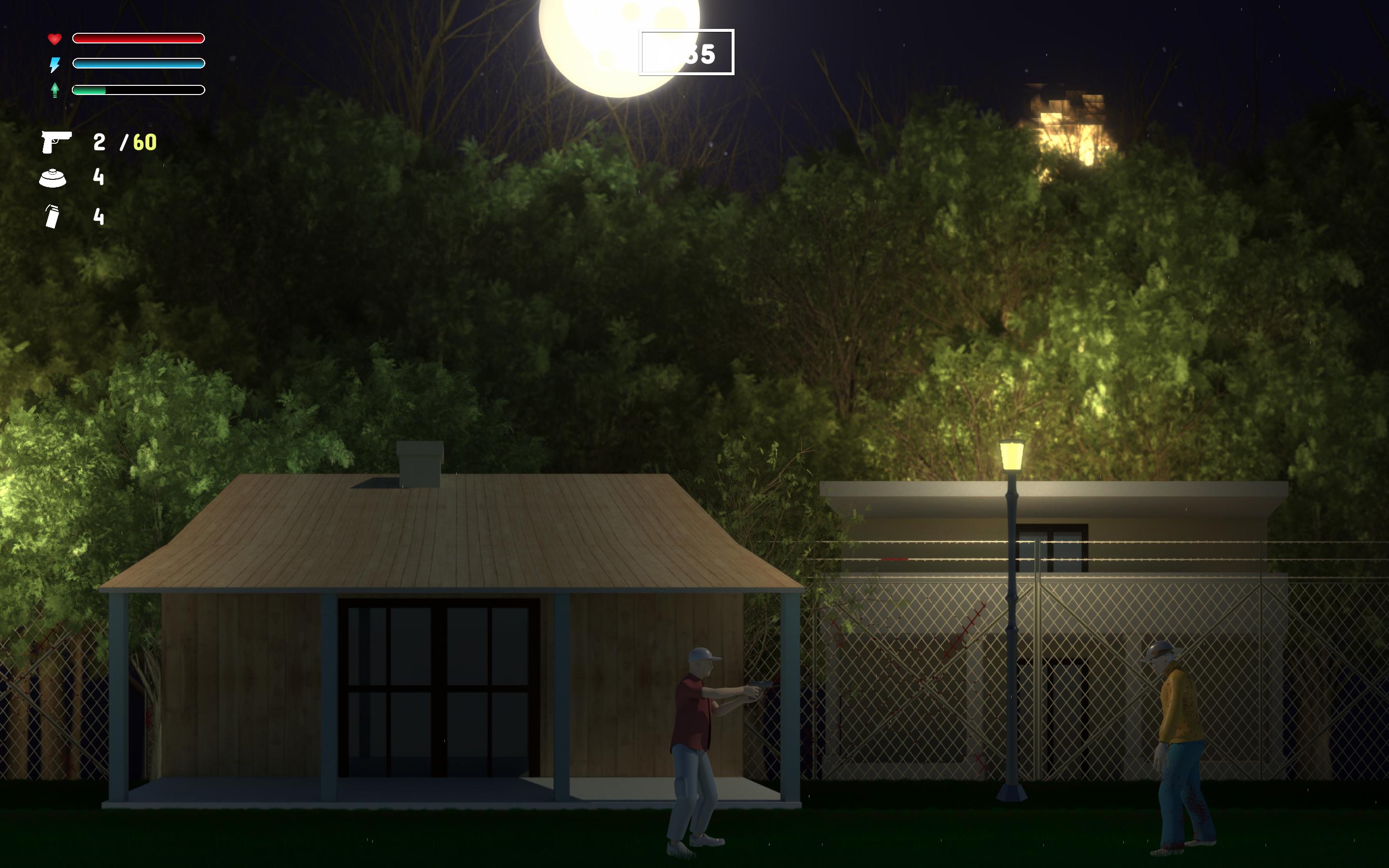 Strong Points: You can't be hurt by your own weapons; strategic gameplay; background music is engaging
Weak Points: Grammatical errors; lack of graphic details
Moral Warnings: Violence with guns, grenades, land mines, and other weapons; some blood spurts when enemies are killed; zombies sprawling around; one character spewed out a magical ball from his mouth as a weapon

It is a full moon in the night sky. Now, because I am playing as the main character, surrounded by zombies with subnormal intelligence, I might as well be brain dead. Each character as well as the entire environment honestly looks like perfectly colored refrigerator art. Some characters are martian-red, which could represent that all of their skin is off. One alien-looking character spewed out a green ball from his mouth as a signature move to harm me. There’s an exaggeratedly tall, axe-weilding enemy, who is painstakingly hard to eliminate.

I can understand how addicting “Survive 10 Minutes Please” can be for the average gamer. To an extent, this game is dehumanizing. Someone can play this game and become numb to the feelings of others, especially if they’re not companions. Playing “Survive 10 Minutes Please” will not give you a real-world experience about every aspect of being in survival mode (like climbing up trees, jumping off balconies, locking the front and back doors, shutting the windows, and setting up death traps). For an apocalyptic game, I would at least expect somebody to make a death-defying scream or monotone mumbling. Even the strategic game has eerie background music as a poor attempt to make me feel uneasy.

After the 10-minute countdown, that’s when I still have to defend myself against the zombies. A message at the top of the screen notifies me that “A helicopter is waiting for me,” counting down in negative numbers (like 0:-1,0:-2, 0:-3, and so on). By the time I reach the helicopter with the ladder, a message pops up reading, “YOU SURVIVED.” Below that message, it reads, “congratulation,” when it should read “congratulations.” Below the message “congratulation,” it reads, “You Player Well.” 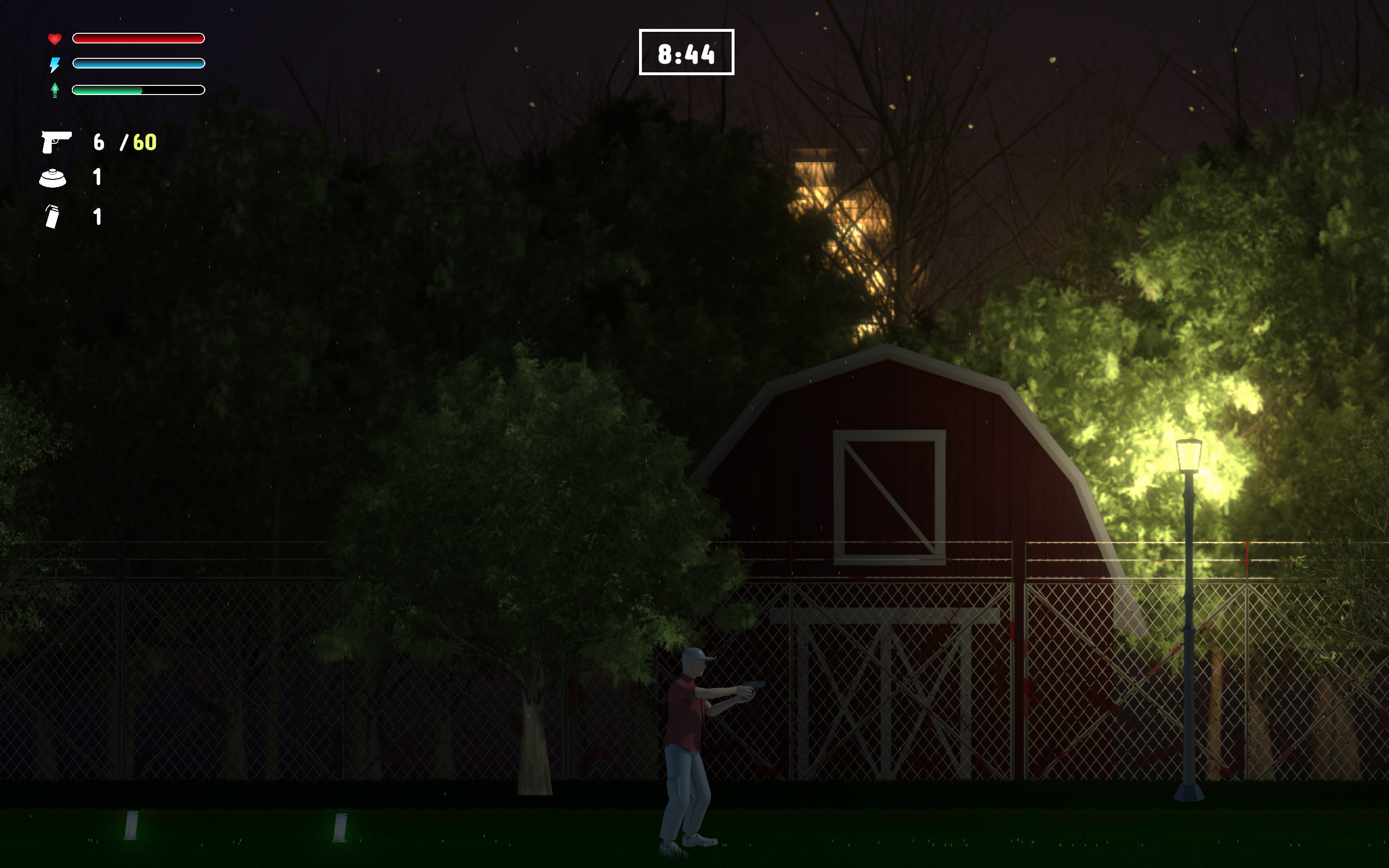 To an extent, the game is like a hate-love relationship, only if you can’t survive 10 minutes. There is no storyline visible to show me what type of zombies are trying to hunt me down. I‘ve grown up watching the Resident Evil series and felt like I’ve been preparing for the end of the world for quite some time. The longer I play the game, the more I feel like I’m seeing an excessive amount of zombies. Taking a college course in Zombiology may not prepare you for the challenges this game has.

If you are not distracted by the gore or the burning houses in the background, you can calmly find an objective to survive 10 minutes. Gore is involved when I kill the in-game enemies and vice versa, but there are so many enemies, the red substance feels like it’s normalized. Once they meet their demise, their bodies vanish.

In conclusion, I can understand why “Survive 10 Minutes” is a fun game, but I would not recommend it to any of my friends. Despite the blood spurts when some enemies are killed, poor gameplay details, and grammatical errors, “Survive 10 Minutes” is still replayable. If you were to ask me how the game can be improved, I would tell you to “make it an option to have blood in the game, increase the character and background details, and fix the grammatical errors.”