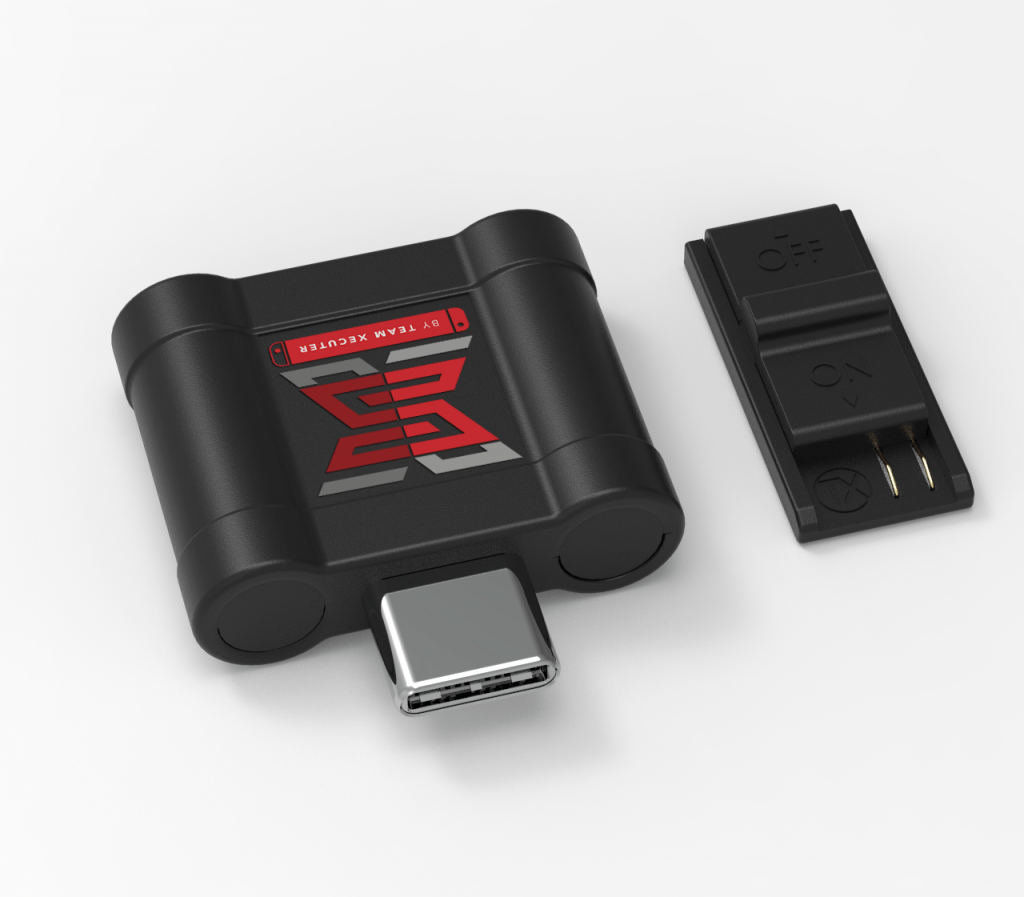 Thank you Team Xecuter for sending us this device to review!  It's $46.99 at Worldwide official reseller Anxchip.com.

I have always loved hacking my consoles - as long as I have been a techie, and that’s been about as long as I have been on this giant green marble (sorry flat earth folks). I also enjoy the convenience of portable gaming, and feel that carrying dozens of cartridges around kind of defeats the purpose of that. So any time that we can avoid having to do so, I am going to look into it, and Team Xecuter delivered.

The SX Pro consists of three parts: a USB-C dongle, a boot-up tool, and the SX OS (which you must download from their website. They also offer the SX OS for sale independently to folks who choose to use their own solution for hacking their Switch.

You see, earlier this year (2018), it was discovered that there was a massive NVIDIA Tegra CPU flaw, that Nintendo can’t patch. It’s in the Tegra boot ROM (Read-Only Memory), and as such, it cannot be patched or changed. The fix requires a hardware revision, and since the Switch is such a hot selling item, that means that there are approximately 15 million vulnerable units out in the wild, and no doubt a sizable portion of Nintendo’s most hardcore fans also desire to use their hardware in ways that Nintendo did not originally intend. By trying to meet that desire, products like the SX Pro are born.

It has to be said up front that Nintendo very much dislikes the existence of devices like the SX Pro, and has and will block consoles from their online services whenever they can detect it. Using devices like this to modify your console is against the EULA (End User License Agreement) that most people blindly agree to when they choose to start using their new gaming consoles. While some aspects of EULAs like that are for all practical purposes unenforceable in court or otherwise, the fact is that Nintendo can and will block unauthorized users from their network at their own leisure. Some of the capabilities of this device almost guarantee a ban, and it has already happened to several users. Be warned that caution is strongly encouraged.

So, if these devices are so dangerous, and Nintendo hates them so much, then why are they so popular? Well, it comes down to two things: homebrew and piracy. Homebrew are applications like emulators, utilities, and more that are created by hobbyists, often for their own entertainment. Homebrew can be really great sometimes, as aspiring programmers desire to be well known in a tight-knit group, or simply want their cool device to do something the manufacturer never intended. Perhaps the most popular homebrews are game save manipulators, and emulators. These allow people to play games not originally designed for the system, or play their games the way they want to.

Strong Points: Simplest tool for Switch hacking currently in existence
Weak Points: If used improperly, you may find your console (or account!) to be banned by Nintendo
Moral Warnings: Enables piracy (but also works for backups and homebrew)

Often homebrew meets a need not met by the original developers. For example, a glaring hole in the Switch’s software stack is a proper way to copy and back up saves. Homebrew developers have taken care of this, in the form of the Checkpoint homebrew application. Now, gamers can backup, or even copy saves in between Switches, or simply back them up to their PCs. Another need is to copy files back and forth between their Switch and PC wirelessly. Rather than needing to pop out that microSD card, they can now FTP onto their Switch and copy files. Another is simply a local file manager; being able to move, copy, and rename files can be very useful indeed; homebrew takes care of all this, and much more. You can even run Linux on the Switch, though I don’t think that is compatible with the SX Pro just yet.

Piracy is another, and perhaps the most common, use case for the SX Pro. You see, some more unscrupulous types will often download games off of the internet and play them on their Switch without paying for them first. The SX Pro enables that, too. Currently, eShop-only titles are safe from the grubby paws of software pirates, as only physical cartridges can be easily dumped. The day may come when that will change, but for now, that’s where things are at.

For the Switch, Nintendo did a really great job in locking not only the operating system down (not that there aren’t flaws, as is true in almost all software), but in the new online activation system. You see, each cartridge comes from the factory with a security certificate built in, that is unique to each cartridge. This means that Nintendo knows exactly which cartridge is being played on which system. If a cartridge is used on too many consoles simultaneously, or if someone is playing a game online with a zero’d out security certificate, then they know for a fact that the player is pirating – and down comes the ban hammer.

Interestingly, the primary use case for me – being able to play games that you legally own, but not having to carry the cartridges around with you – is another feature that the SX Pro supports. This is also the safest way to use it (other than homebrew, which is not known to be detectable at this time). The reason is because you can dump your own cartridges using homebrew software that preserves the cartridge’s certificate; then, when playing the game, it is virtually indistinguishable from having the actual cartridge inserted. Or at least that’s the running theory; time will tell if bans will come for those who use it that way.

In order to get to all of this functionality, you have to put the SX OS file on the root of your Switch’s microSD card, insert the included USB-C dongle into the charging port, and boot the Switch up into USB Recovery mode. Hackers discovered this is done by shorting two pins on the right Joy-Con slot, and then holding volume up and pressing the power button. This must be done while the power is off; sleep mode is not enough. The boot up tool supplied in the SX Pro kit shorts the pins exactly as needed; just take the right Joy-Con out, slide this thing in all the way, and you’re good to go. If it works as expected, your Switch should boot into a new menu that shows SX OS, stock firmware, or an options menu.

The meat and potatoes is of course the SX OS, which allows you to do much of what was described above. The OS looks the same, until you try to use the Album. If you press ‘L’ while opening the Album, it works like it used to, and you get to see your game photos. If you just open the Album, it goes to a new screen where you get to choose which game ROM to load, and view (or register) the SX OS. It’s kind of crazy that software which allows users to violate license agreements has license key security (and you can buy more keys for more money) but sometimes truth is stranger than fiction. The online activation for SX Pro users is quick and painless. To be clear, it’s one included license per SX Pro – if you want to share the dongle and use SX OS on more than one Switch, you need to buy the second license key. 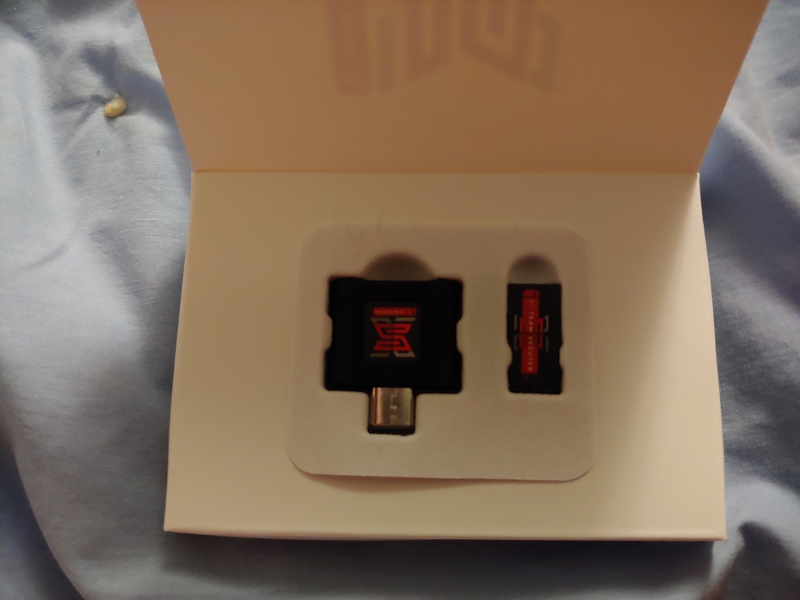 The options menu has a few interesting things, including the option to boot alternate payloads, which may come in handy as the homebrew and custom firmware (CFW) community keeps working on the Switch. Another interesting feature is the ability to force the Switch to bootup into USB Recovery mode every time, so you no longer need the boot up tool. It’s kind of dangerous though, because if you misplace the SX Pro dongle, you won’t be able to use that Switch again – unless you use another homebrew payload boot method, of which there are several, but none are nearly as convenient as the SX Pro. Some require a Windows or Linux machine, while others require an Android device with an OTG cable; either way, as cool as it is, I’m hesitant to make that change, myself.

It is known that not all homebrew works, but most that is designed to work in the current Switch firmware version does. Quite a bit of homebrew was written back in the 3.0 firmware days, and most of that no longer works, but if it’s being kept up to date, it should work fine.

Installing homebrew is done by putting the hbmenu.nro file in the root of the microSD card, and then creating a ‘switch’ directory to place homebrew into. The SX OS instruction manual does a decent job explaining how to do this, or at least point you in the right direction. If you plan on dumping your own games, or getting the most from this device, really, then I highly recommend you explore what homebrew is available.

Once it was up and running, I tested dumping all eleven of my game cartridges using homebrew software. It took quite a while, but once it was completed, I then put all of the generated .xci files in the root of my microSD card. (I would personally prefer subdirectories, but it’s not the end of the world.) I then booted it back up, clicked Album, and voila – I had games to choose from. When choosing a game, the cartridge slot may no longer function properly, so it’s best to dump what you need and switch using the software as needed. When you combine the dumper and the homebrew file manager, you can actually dump games and play them without needing anything else, which is really nice. Moving files was a bit slow using the file manager though, so I preferred taking out the microSD on occasion, even if it meant I got to feel like a hacker and rerun the unique SX Pro boot process several times.

I have to say, I am impressed with the SX Pro kit. Yes, there are moral and legal implications to consider, and as always, please do not steal game software. But the potential for homebrew is always exciting, and if you play only your legally owned personal game backups, it is quite nice and very convenient. As always, any time you go outside of the curated walled garden that the manufacturer wants you to live in, there may be weeds there, and you can incur the wrath of the gardener (in this case Nintendo). Please consider both the upsides and possibly severe downsides (like being banned from online play) that may come from climbing that fence. There may be vipers on the other side!