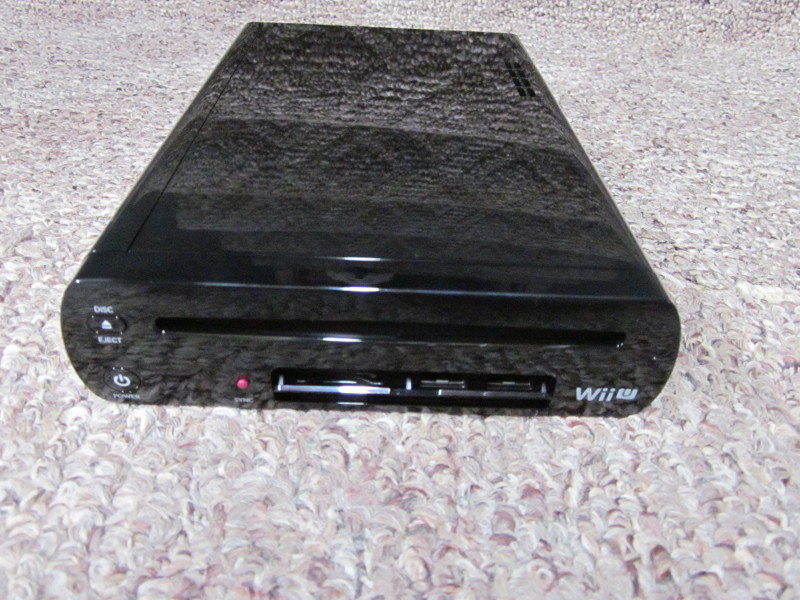 Nintendo has finally caught up to the current console systems when it comes to High Definition output.  The graphics are now slightly better than its competitors and the system can finally play graphically intensive games like Batman: Arkham City and Assassin’s Creed III.   Nintendo systems have never been known for their performance, but the question remains: Will the Wii U keep its momentum once the new Xbox or PlayStation arrives?

One thing consumers will first notice is the hefty price tag.  The basic system retails for $299 and the deluxe goes for $349.  The basic (white) system has 8GB of storage while the deluxe (black) offers 32GB, a docking charger and a copy of Nintendo Land.  Games for the most part average $60 a title, but some stay in the $40 range at launch.

Since Nintendo Land sells for $60, getting the deluxe for that alone is worth it.  The extra memory comes in handy, for the massive update from Nintendo is estimated to be about 5GB in size.  It took us over an hour to download and install it on our business class cable.  If you cancel or lose power during the process you may brick your system. 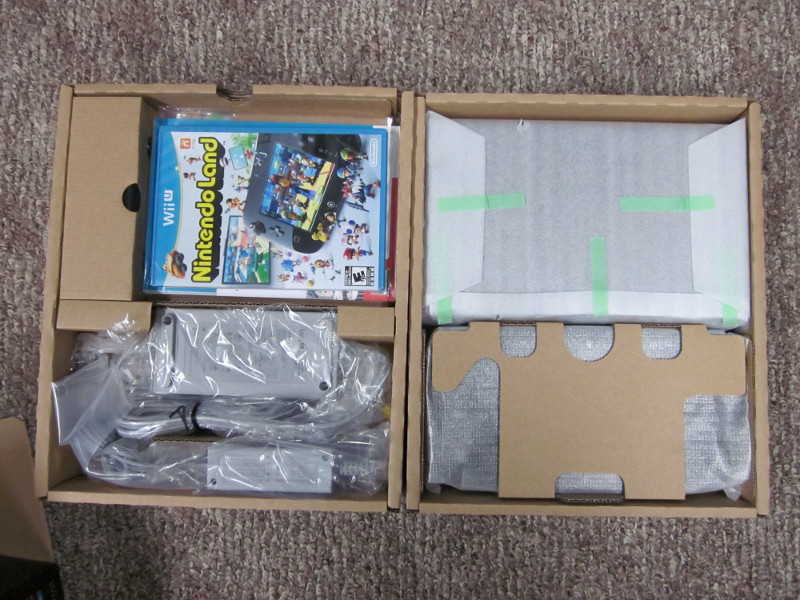 Even after updating the Wii U, I was disappointed to find that the Amazon Streaming and the Youtube features were not yet functional.  A patch after Thanksgiving fixed that. Netflix Streaming and Hulu Plus seem to work but I don’t have accounts with them to verify how well they perform.  The TVii functionality is scheduled to launch mid-December.

The interface is easy to use and has channels similar to its predecessor.  One thing I immediately noticed was how SLOW this system is when navigating the basic menu features.   I can understand loading screens in games, but in the menu system?  Unacceptable.

While the Wii backwards compatibility is nice, it’s completely segregated from the Wii U.  Our virtual console games are not accessible from the Wii U menu or eShop.  We decided against importing our Wii data, but transferring our Miis from our 3DS’s was easy to do. 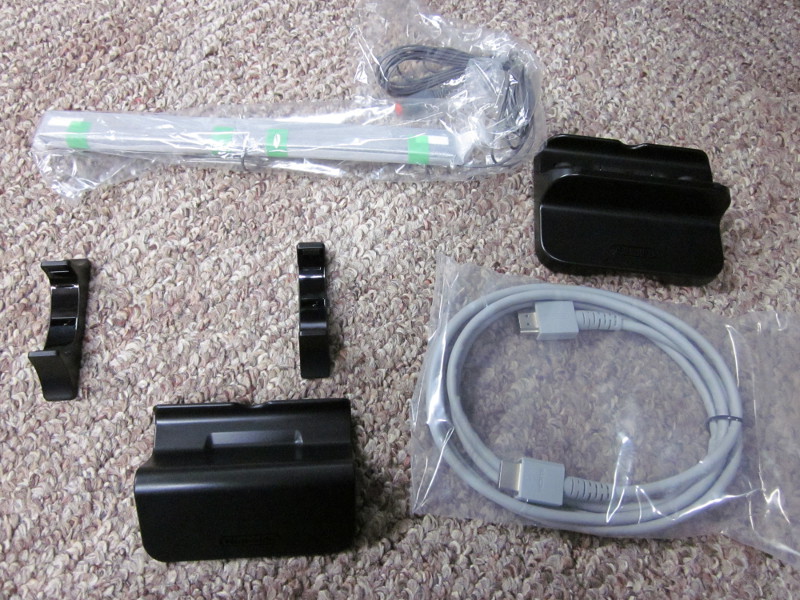 As parents we were happy to see that parental controls are available and the system will power itself off after an hour of inactivity (This feature is disabled during updates!).

The web browser is nice and loads up this site flawlessly.  I like how you can view web pages on the big screen or privately on the Wii U controller.   In fact, while playing Nintendo Land, I found myself using the 6” LCD screen on the controller more than my 126” projected wall screen.  The screen is crisp and the controller is comfortable to use.  The stylus is similar to, but not the same as, the 3DS XL.  (Why can’t they standardize these things?!)

While there are plenty of buttons and knobs, I’m not intimidated by this device for some reason.  There are two joysticks, shoulder and finger triggers, a d-pad, as well as X,Y, A, and B buttons. The typical start, select, home and power buttons make an appearance.  There is a TV button, but I haven’t used that one yet.

Just like the Wii remote, there are built-in speakers.  A headphone jack and a volume control is also provided for your convenience.  The replaceable battery lasts roughly three hours or more depending on the brightness settings.  The glossy black finish on my controller shows every fingerprint, and heaven forbid this sucker gets dropped, as I can imagine it easily cracking.   My Vita feels solid, this device…not so much.  A screen protector is also a worthwhile investment since replacements are not yet available. 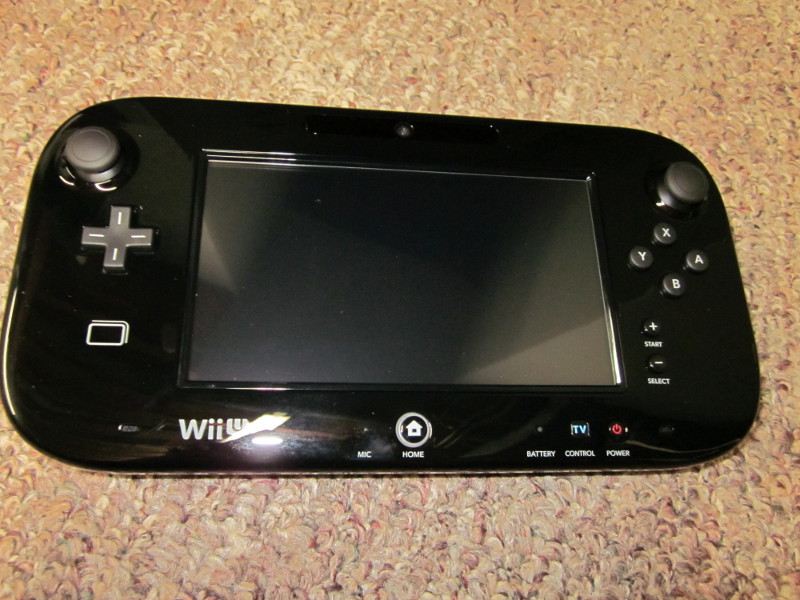 To play multiplayer games you’ll need Wii remotes with motion plus support.  They are not included with either Wii U bundle.  Pairing the Wii remotes is the same as before, but the Wii U controller needs to be paired by tapping the matching card symbols (diamond, heart, spade, club).

Other than the controller, the social networking aspect is another new feature of the Wii U.  As you add users for the system you can create and link Nintendo accounts for them.  In Miiverse, you can send messages and doodles to random strangers across the world.  Reporting naughty images or messages is easy to do and thankfully, I haven’t had a reason to report anyone yet.  Violation of the rules will result in banning your account.

There are discussion groups for games and channels on the system.  I gave some anime recommendations in the Netflix group and the community seems to be helpful and friendly in general.  I found it funny that instead of “liking” a person’s post, you can “yeah!” it.  The spoiler tag feature is good to have as well.

Since I haven’t played many games on the system yet I haven’t participated in much of the discussions.  At $60 a pop I probably won’t be too active for a while.  I’ll wait for some good sales or used copies to show up at GameStop.   As for the system itself, time will tell.  It has a strong start with sold out pre-orders and limited stock in stores.  Like all systems, it needs a good game library.  The launch titles have some games that are cheaper to get them on alternate platforms.  I’m curious what other titles and eShop games will be available for the system.