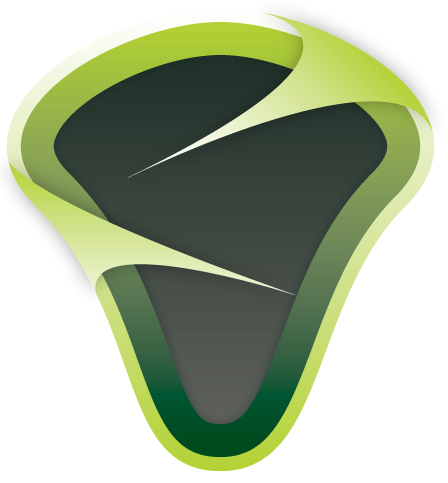 Thank you Mionix for sending us this mouse to review!

After reviewing the ambidextrous Avior 8200, it's nice to play with a mouse that's contoured and aimed at right-handed gamers.   Even though the DPI and the price is lower than the Avior 8200, the Naos 7000 is equipped with an IR-LED optical sensor versus a laser one.  Because of this change, the mouse can track faster at 5.45 m/sec compared to 3.8 m/sec of the laser based Naos 8200.

This mouse sports a slightly slower 32 bit 32MHz ARM processor inside to handle all of its functions.  The rest of the specs are pretty much the same.  The build quality is great and does not feel cheap at all.  I like the added touch of the braided USB cord.  There are four layers of rubber coating to give you a decent grip. 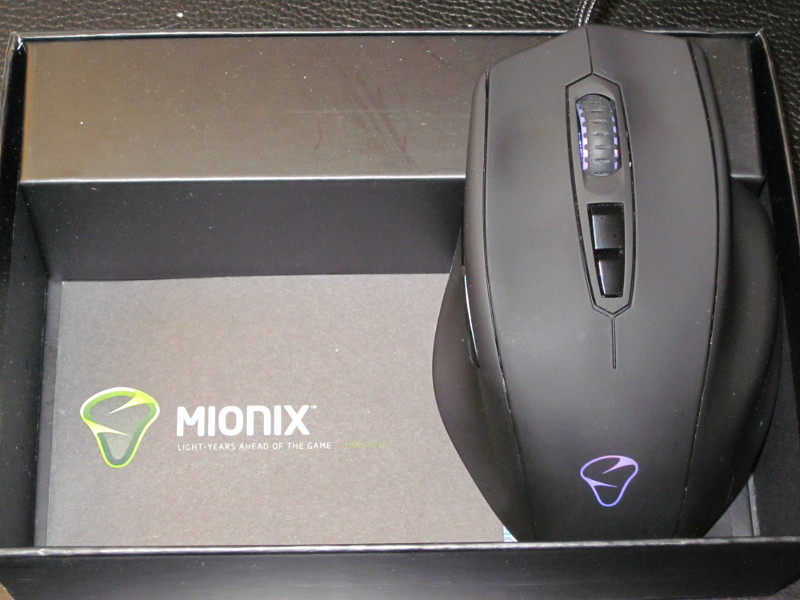 Strong Points: Great software with lots of features and light customization
Weak Points: The optical sensor is extremely finicky, so make sure your mouse pad is in pristine shape

There are seven programmable buttons in total including two on the left side of the mouse where the thumb rests. The ring and pinky fingers rest on the far right-hand side of the mouse and have no buttons to worry about.  Each button is customizable and you can program macros using Mionix's software.  The mouse does not come with software and you have to download it from Mionix's website.  When I downloaded it there was a lot of spam entries, but they have since deleted them and the drivers are easy to find now.

The software has lots of cool features including the ability to adjust the double click/scroll speed and the pointer acceleration.  The polling rate can be set from 125Hz to 1000Hz.  One of the best features of the mouse is the 7000 DPI IR-LED sensor.  You can lower that if you are so inclined to do so.  One of my favorite features of the software is the illuminated logo customization.  You can hard set it to a color or have it auto change.  You can also make the logo solid, pulsing or breathing.  It's a mini disco-ball!

We previously reviewed the Mionix Ensis 320 mouse pad and the Naos 7000 did not do well with it.  The software has a surface rating feature and the Ensis 320 earned a 40-60% score due to it's wearing out from use.  My Rocket Fish mouse pad scored a 100% and performed flawlessly with this mouse while the Ensis 320 caused it to stutter for me.  Make sure your mousepad is in good shape and compatible before purchasing this mouse! 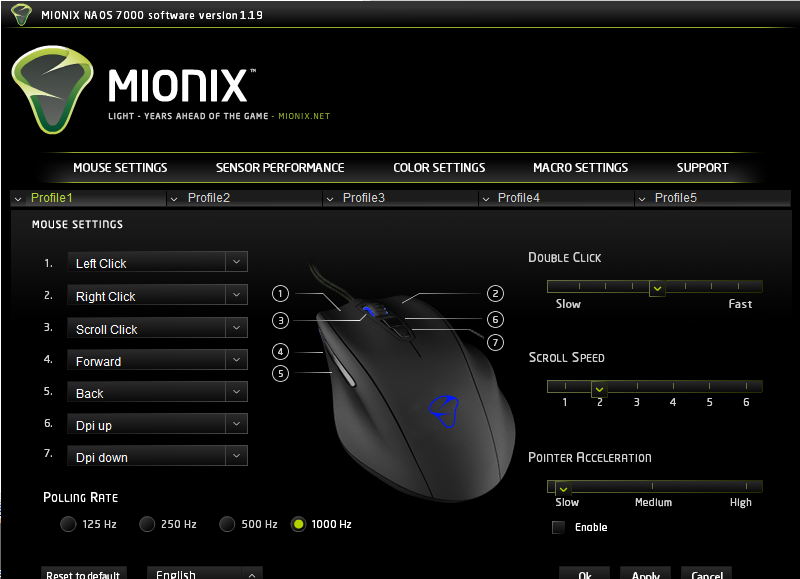 As expected, gaming was great and the mouse was very responsive in games like Unreal Tournament 3 and ShootMania.  The mouse is very comfortable to use and moves smoothly across the mouse pad.  The high DPI rate is ideal for big or multi-monitor setups.

If you're looking for a smooth gaming mousing experience, look no further than the Mionix Naos 7000.  It's totally customizable and super responsive in fast paced FPS games.  The price isn't bad compared to other high end gaming mice out there.  The retail price is $79.99 which is ten dollars cheaper than the 8200 DPI laser sensor edition.