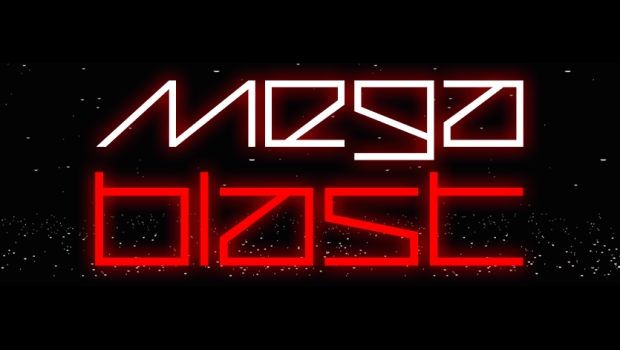 Thank you Super Icon for sending us this game to review!

If you’ve been playing video games for a while, you’re probably familiar with Shoot’em up classics like Space Invaders, Galaxian, and Galaga.  MegaBlast is a retro style Shoot’em up that has the all of the old school charm with a modern upgrade system.  For each level you complete, you earn a point that you can allocate towards upgrading your ship’s speed, power, shot speed or firing rate.  As the enemies get tougher, these upgrades give you a fighting chance to survive and work your way up to becoming a Fleet Admiral.

When you start the game you’re a lowly ensign and the enemies for the most part are sluggish and only fire occasionally.  The main problem is that there are many of them and a level/wave is not over until each one is eliminated.  Not only do you have to avoid their attacks, but your ship cannot make contact with them either. There are some fast enemies that rapidly fire and if you can take them out, you can get power-ups like double shot, shield, slow motion or max power.  The regular enemies release weapon upgrades and gold orbs that are worth points.  Extra lives are given by earning lots of points. 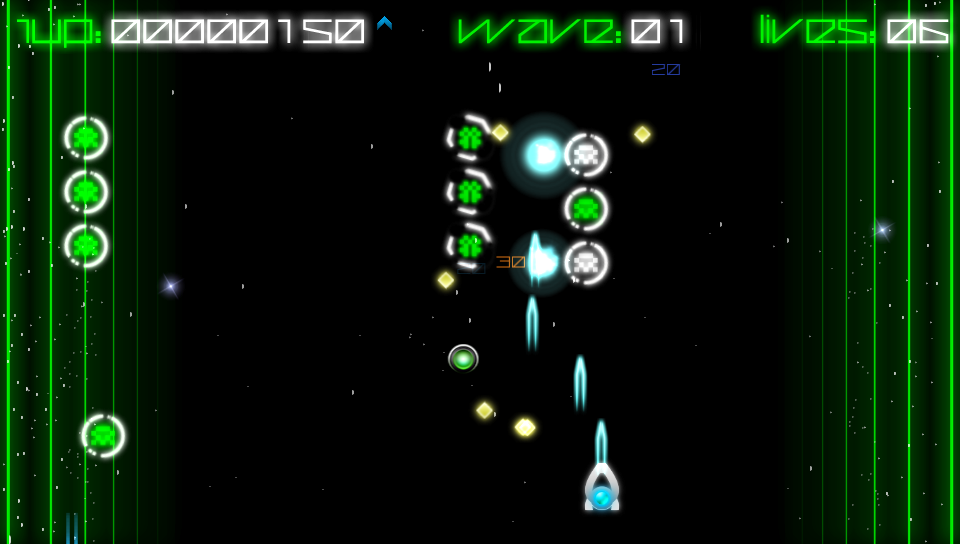 Strong Points: Classic gameplay with the ability to upgrade your ship.
Weak Points: While it does add new features, it's a simple remake.
Moral Warnings: Nothing more than spaceship explosions.

Since I am not that good at this game, the default five lives were never enough for me.  I have made it past the first boss and earned the title Lieutenant Junior.  I have no idea how many levels or ranks there are total in this game.  I can say however, that this game is pretty family friendly unless you have something against blowing up low resolution space ships in self defense.

The explosions in this game sound good and the 8-bit sounding background music adds a classic feel to the game.  The glowing graphics are similar to the Tron movies.  While the enemy types are unique, they’re really not incredibly detailed.  I’m assuming this is to maintain the retro look and feel of the game.  As a general rule, the bigger the enemy, the deadlier they are.  Bosses take up a quarter of the screen.

MegaBlast is available in the PlayStation Mobile store and the PlayStation Vita is a compatible device.  The controls are pretty straight forward as you use the analog sticks to move left or right, the x button fires and the o button moves your ship vertically.  If you press the left and right triggers together, the ship will fly to the other side of the screen to invert the view.

While the game play is easy to learn, it’s difficult to master.  The upgrade system is a welcome addition and helps add some strategy to the game.  I like how you can add and remove points so you’re not locked into a configuration you’re not fond of.  If you’re a Shoot‘em up veteran or want to try this game out, it won’t set you back too much financially.  The $2.29 asking price is very reasonable and worth it if you like classic arcade games.