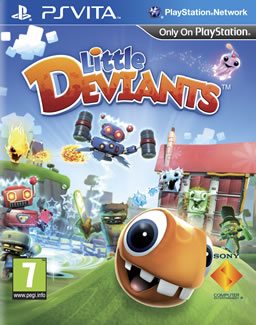 This is one of the few reviews where I will put more time into writing the review than actually playing the game.  I didn’t get the Vita bundle that included Little Deviants.  I thought I was being thrifty by getting it on ebay “used once” for $15 + $2 shipping.  I heard the game wasn’t that great, so I figured for half of the retail price I was getting a decent deal.

When I first fired up the game I saw that I had unlocked a level by playing with the Vita’s Near program.  (This is what sparked my ebay search in the first place).  The basic storyline is that the little deviants are being chased by evil robots that cause them to crash land on a planet.  The robots are hot on their trail and even resurrect some zombies to help hunt them down.

The first level has a space invader kind of theme where you have to shoot down the robots using the Vita’s left and right triggers.  The Little Deviants will assist you, but they are not invincible.  You’ll get a bonus at the end of the round for each deviant that is still alive.  Besides the AI help, I enjoyed how the cameras were utilized so the level’s background was whatever was behind my Vita.  While this mode was fun, Nintendo beat them to the punch with the 3DS’ Face Raiders. 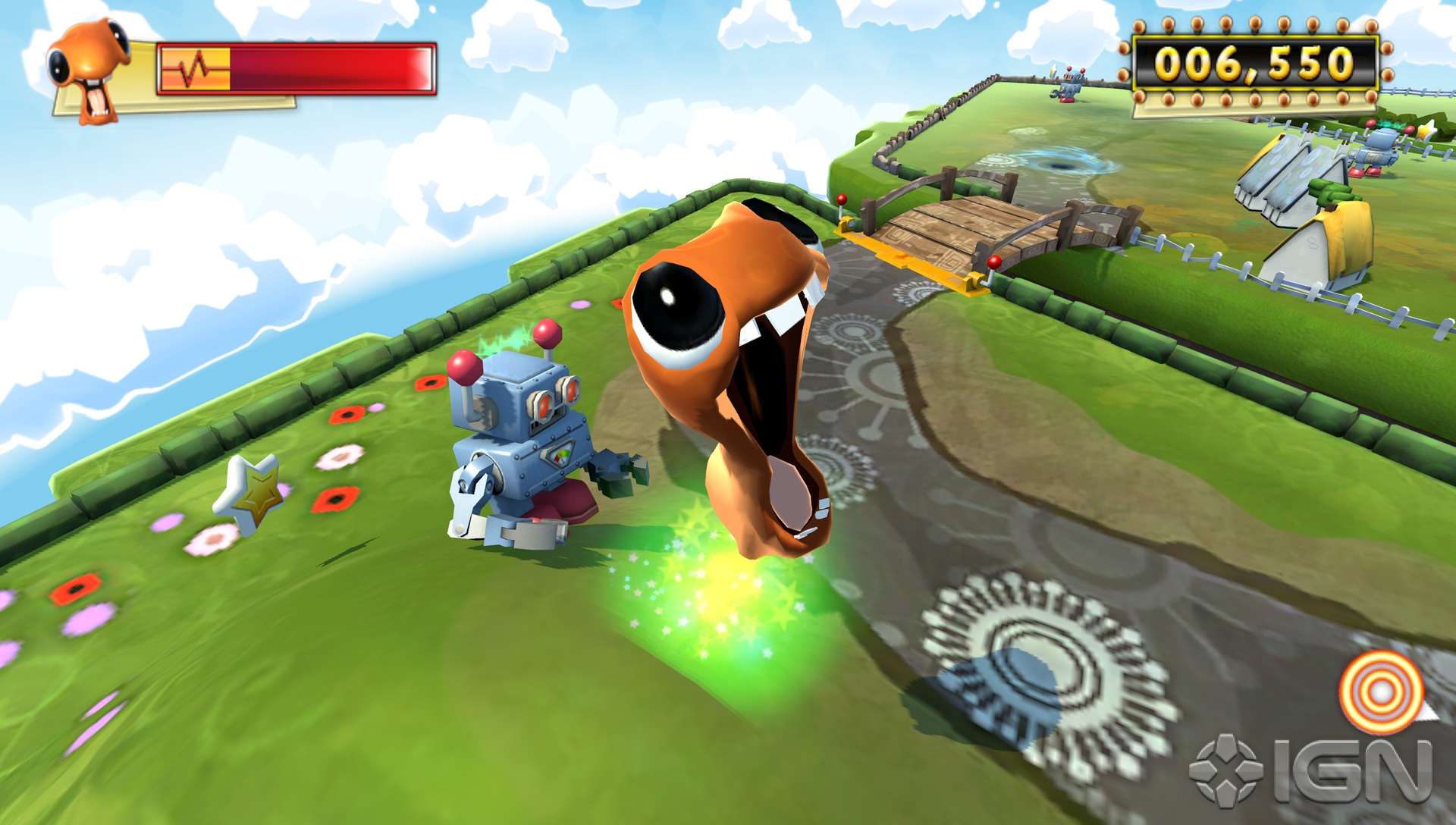 The next level I played was the one that was unlocked in Near.  It reminded me of Whack a Mole except that you have to tap the front and rear touchpads depending on which way the robots were facing when the barn doors opened.  The goal was to push them out of the door and onto the ground by tapping their backs.  Sometimes the deviants or humans appeared and you get a time penalty for tapping them by mistake.  To make it even trickier, the humans sometimes wear similar colors as the robots or carry boxes to make them look like an evil robot.  While I passed that level, I found the rear touchpad much trickier to use.

The third level I played utilized the rear touch pad only.  In this level the deviant was shaped like a ball and I had to alter the terrain to roll him around to gather stars for points and keys to open portals to the next round.  Sounds easy enough, but this level started to frustrate me since I could not get the deviant to roll in the direction I wanted to and yes, I have a fair understanding of the laws of physics.   As if the controls are not challenging enough, there are robots that will get between your deviant and the key or portal opening that you seek.  I purposefully rolled into the robots to put me out of my misery from this frustrating level. 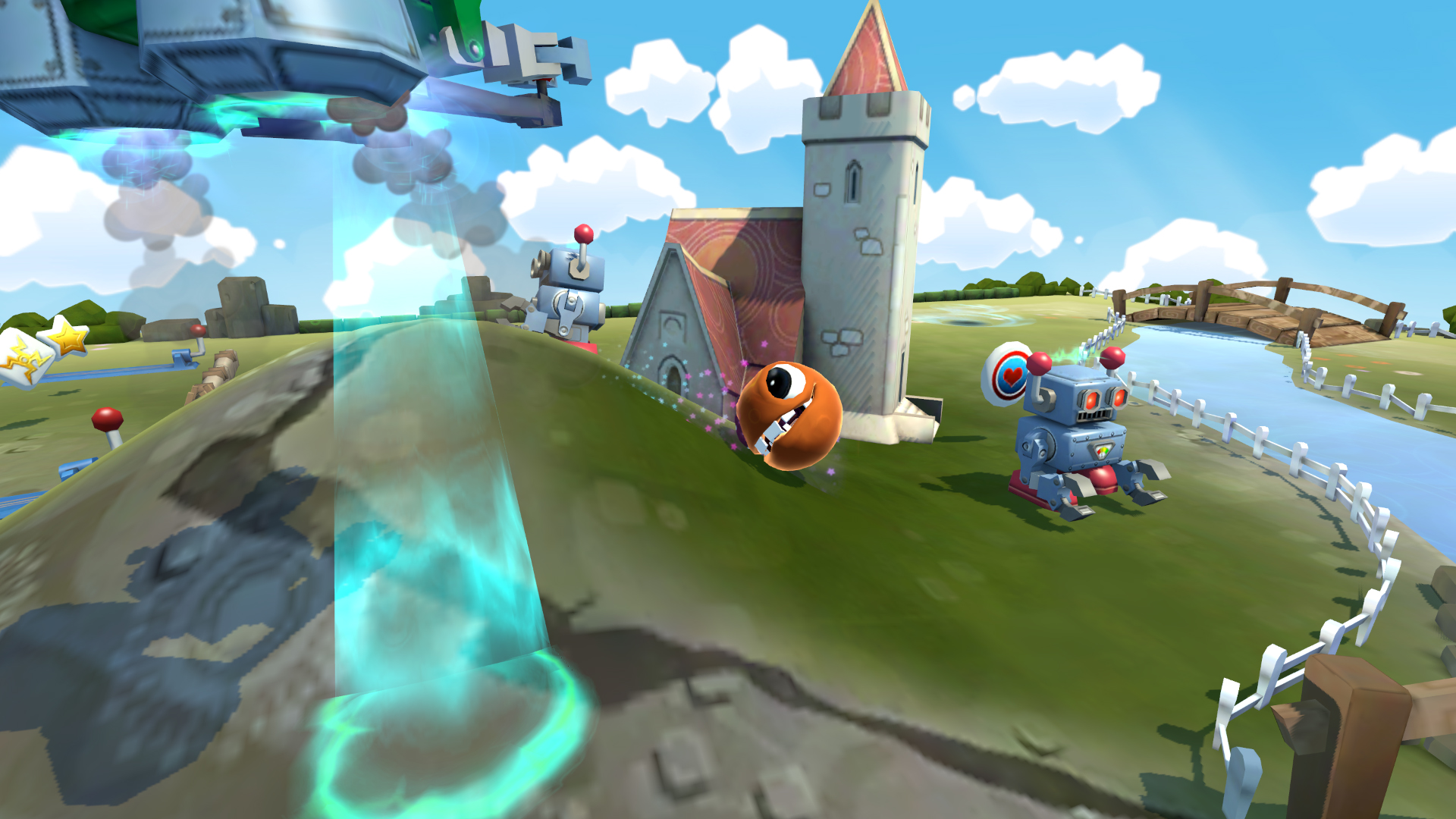 Sadly, this game actually got worse. The last level I played was trying to show off the Vita’s motion control and tilt functionality.   In this level your little deviant jumps off the plane and you have to guide him through the hoops by tilting your Vita.  Although I tried a few times, I never succeeded.

It was at this point that I decided that I wanted to get rid of this game and try to re-coup the money I spent on it.  I looked at various trade-in programs and drove it over to Best Buy who took it off my hands for $16.  Thank You!  I did not enjoy the fifteen minutes I spent playing this game.  It doesn’t feel like a game, it feels like I’m being forced to do an interactive technology demo.  Speaking of demos, there is one available on PSN if you are inclined to try this game out for yourself.  I recommend doing that before spending any money on it.  Learn from my fail!