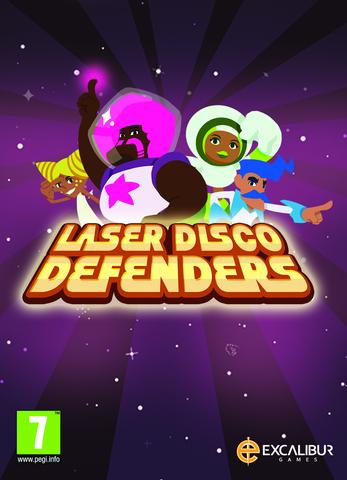 Thank you Excalibur Games for sending us a review code!

Lord Monotone is threatening to saturate the universe with his bad music and it’s up to the Laser Disco Defenders to restore peace and good music to the galaxy.  Naturally, there's a pretty good disco soundtrack in the background that sets the tone nicely.  There are four members of the Disco Defenders and each of them have unique abilities and can be enhanced further depending on what clothes and apparel they are wearing.

I typically played as Mr. Baker who is the slowest, but has the most health.  The other characters (Tommy, Donna, Liz) get proportionally faster with less health hearts as a tradeoff.  Up to five heath hearts can be active for any character you choose.  Some enemies drop them after they’re defeated.

If you start off with a fast, but low-health character, I recommend equipping the medallion that gives you one free hit before removing a health heart.  Other eyewear like shades or visors can net you more points or the ability to pinpoint your targets.  The spacesuit you wear determines your bullet style which can be long and precise, or multiple smaller laser beams. 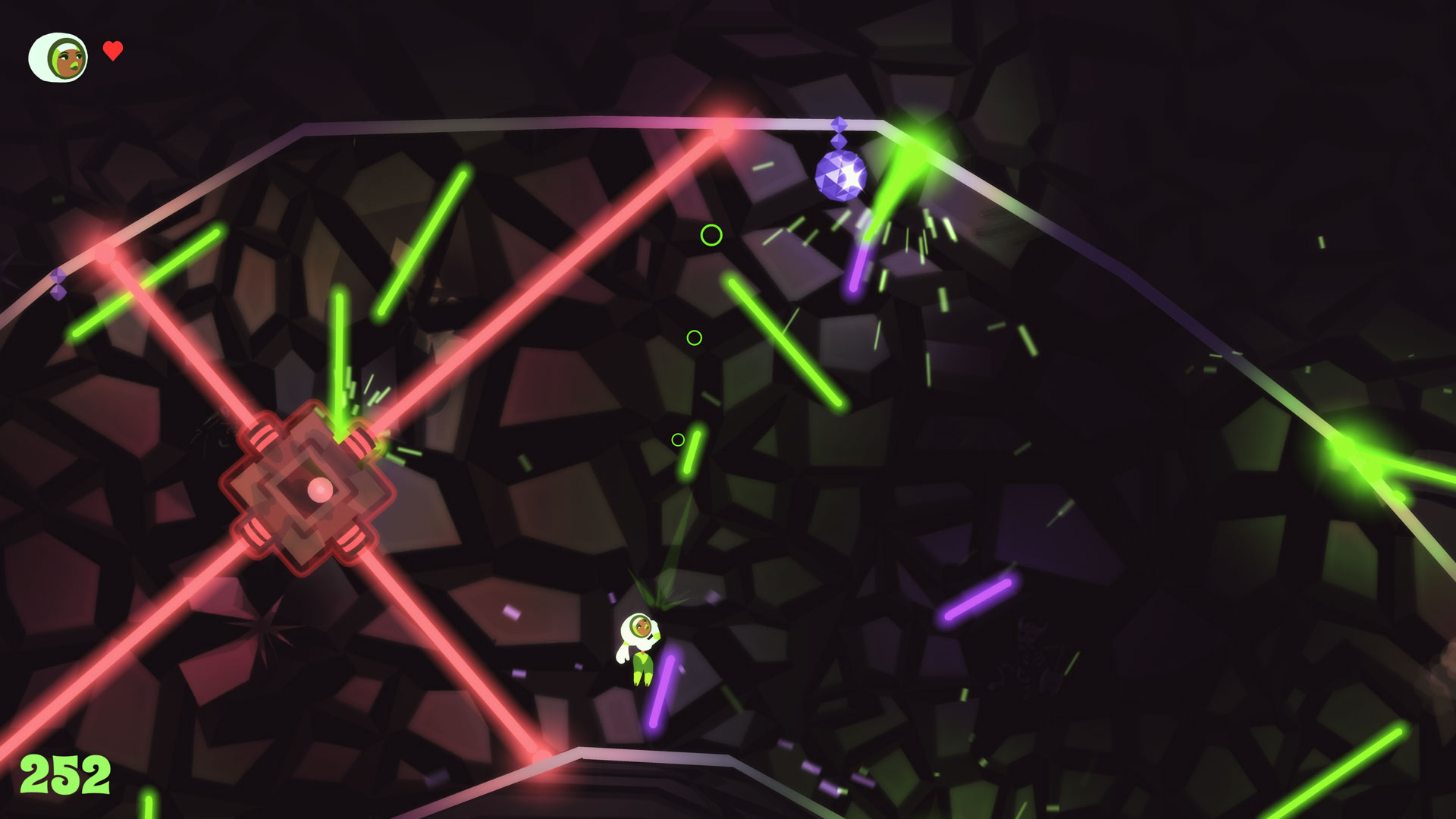 Strong Points: Challenging concept where your own laser beams can be deadlier than enemies and obstacles; random levels
Weak Points: Experienced a glitch that got my character out of bounds with no way back into the game map
Moral Warnings: Death by lasers

You must carefully consider your bullet types and fighting style carefully since your bullets do not disappear in this game.  In fact, they will continue to bounce around the randomly generated caverns until you, or all of the enemies, are defeated.  Besides dodging your own bullets, you have to avoid enemy fire, pointy spikes, and the lasers resulting from shattered disco balls.  Most of the deaths in this game are self-inflicted.

Since the levels are randomly generated, no two playthroughs will ever be the same.  The concept is easy: you have to traverse though galactic caves and caverns that have Lord Monotone’s minions scattered throughout them.  The escape wormhole will not appear until all of the enemies are taken down.

There are a decent amount of enemies to contend with including turrets, rotating laser beams, mines, and gladiators that can only be hit from the rear.  Many of the enemies will not fire at you until you’re in range so it’s not possible to pick them all off from a distance. 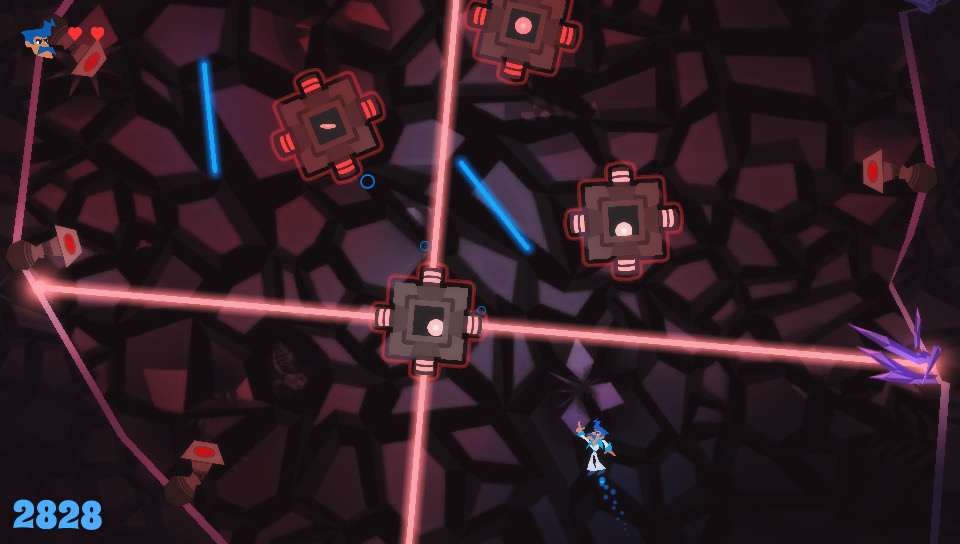 Completing the story mode won’t take too long if you’re good at dodging bullets.  Once the main story is completed, an endless mode unlocks that has you competing against other players worldwide for the highest score.  The score is determined by how fast you can complete levels and how high of a killing multiplier you can earn in the process.  Wearing increased score shades instead of the lifesaving medallion helps too!

Other modifying accessories can be acquired by completing various level objectives.  Some of the objectives include reaching a certain cave number or by exceeding a pre-set score value.  Whether unlocking accessories or beating other player's scores, there’s plenty of replay value in this title.

Laser Disco Defenders is well polished and plays really well on the Vita.  I did encounter a glitch where I went out of bounds and was not able to get back inside of the cavern.  This was an isolated incident that only occurred once.  Other than that issue, my experiences playing this game have been positive despite me not being very good at it.

Because I’m not good at this game and still enjoy playing it, I’m convinced that that this game is fun and worth picking up if you own a Vita.  If you don’t have a Vita, be on the lookout for the upcoming PS4 and PC versions.  It’s well worth the $9.99 price tag and is suitable for gamers of all ages.