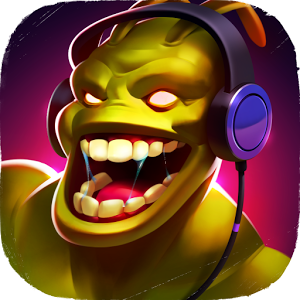 Thank you Nekki for sending us this game to review!

On a quiet night a couple was enjoying time together watching the stars and appreciating the city’s skyline.  Suddenly, a spaceship appears and kidnaps the girl after a brief fight between the boy and the aliens.  The main character then hops into his ship and chases after her.

Like many bullet “heck” games you have to dodge the many bullets that are making a beeline towards your ship.  The bullets vary in speed, shape, and size.  Like the enemies, they move in time with the pumping dubstep music in the background.  The bullets and enemies can brush against your ship, but a health heart will be removed if they touch your tiny hit-zone.

Each of the ten available spaceships starts off with only two health hearts, but they can be increased if you pay to upgrade them with in-game currency.   A few ships can be unlocked with money, but a few of them only become available after beating the game on a specific game mode.  There are four difficulty levels (casual, normal, hard, bad*ss).

Since the enemies and their movements have the same patterns throughout the nicely choreographed levels, the only different between the difficulties is the number of bullets.  Bullet-fire will come from all directions: top, bottom, sides, all at once, you name it.  The starting ship has the ability to slow down time, Matrix style, and it’s very useful when you’re overwhelmed with bullets. 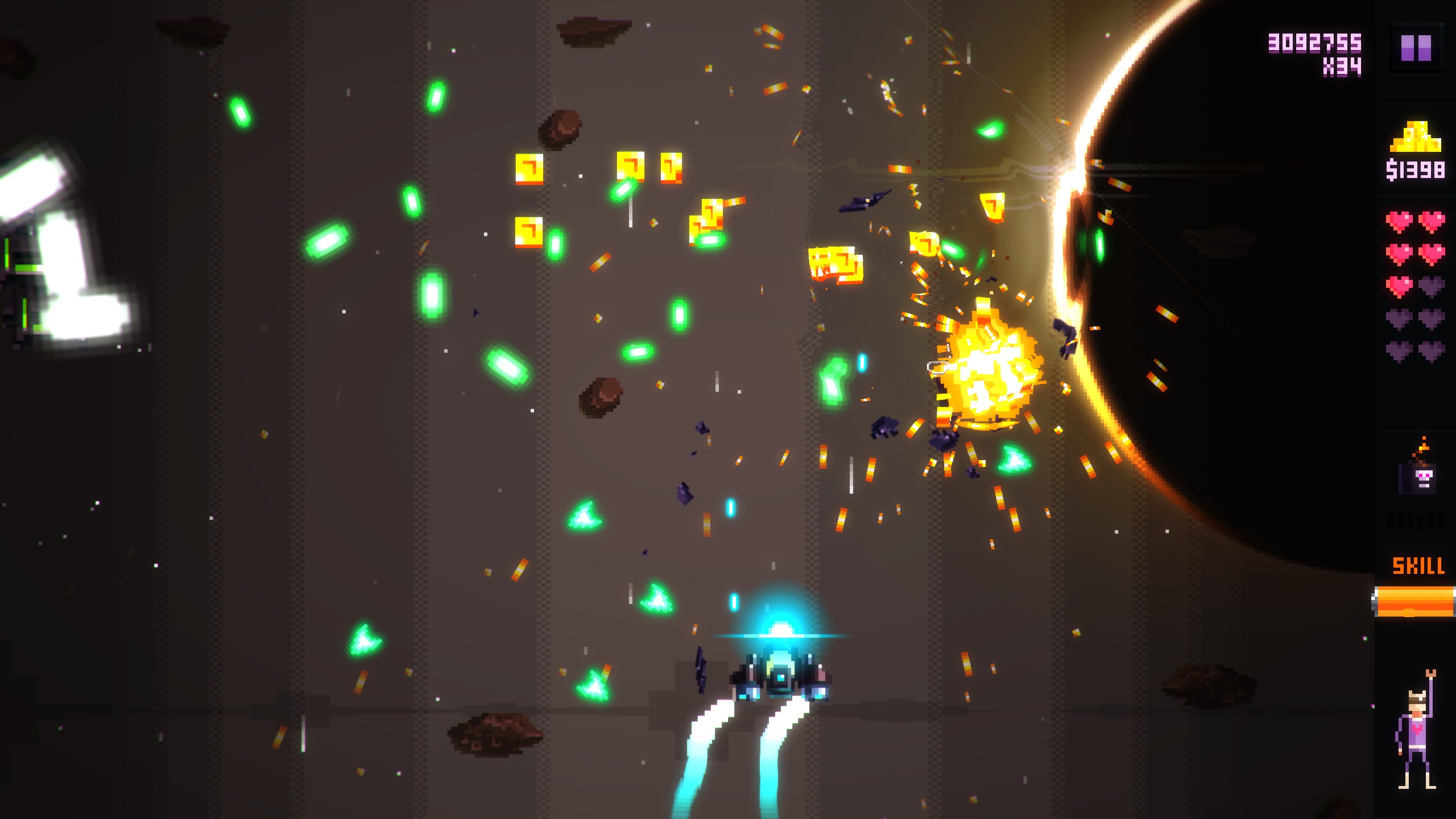 Bosses appear on every other level and they are pretty challenging.  If you’re able to beat them before their song is finished, you’ll unlock the Steam achievement “Ain’t nobody got time for that”.  There are other achievements for pimping out all of your spaceships and for completing the game on various difficulties.    There are also global leaderboards for each of the difficulty levels.

The retro pixel graphics are decent and I must admit that the bullet are as beautiful as they are deadly.  I like the guy in the corner that dances, head bangs, or plays air guitar along with the music.  There is an epilepsy warning and it should be heeded with all the flashing that happens during gameplay.

I really enjoyed the dubstep music and you can check it out on SoundCloud.  If you like rhythm and bullet heck games, Beat Da Beat is a dream come true.  If you don’t mind the mild language and spaceship violence, there is a lot of fun to be had here.  I'm hoping that it gets controller support soon though.