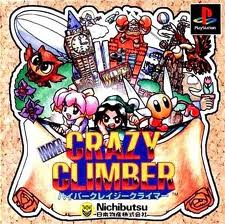 Crazy Climber was the original vertical climbing game released in 1980 for the arcade and Atari 2600 system.  Nintendo took notice and launched its climbing competition Donkey Kong in 1981.   The sequel Crazy Climber 2 launched in Japan eight years later.  Hyper Crazy Climber is another Japanese only game that was released for the PlayStation in 1996.

MonkeyPaw Games specializes in importing Japanese classics to the rest of us.  The only downside is that there is more Japanese text than English.  The menu text is in English but everything else is unclear.   The game itself is still very playable as long as you can master the complex controls. 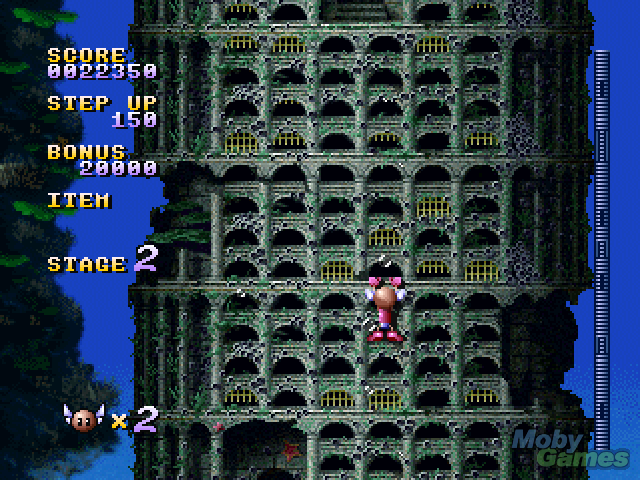 There’s not much of a back story and your goal is to scale tall buildings while dodging objects and enemies coming your way.  There are three characters with differences in speed and endurance (how good they hold on when getting hit).  The girl is the fastest but has the least endurance and the robot is her polar opposite.  The male climber has an even balance between the two.

Getting your character to move is half the battle.  The next step is mastering the controls enough to evade incoming objects.   If you are hit while moving you will be knocked off and lose a life. If you are not moving, there is a chance you may maintain your grip.  This is where the endurance stat comes into play.  While most objects are best to be avoided, there are some power ups worth collecting like apples, extra lives and dynamite. 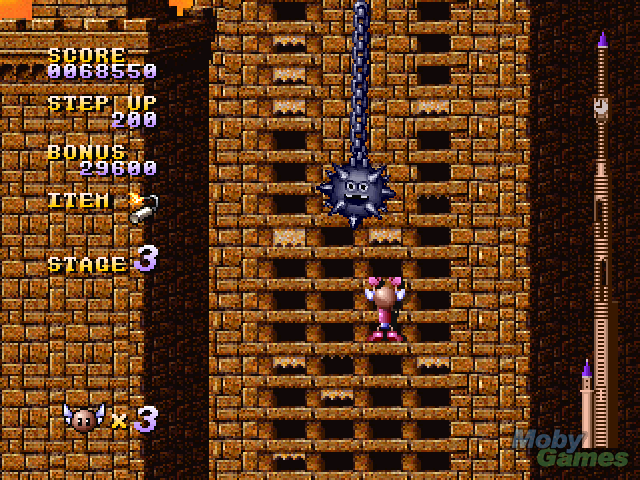 Golden apples can unlock bonus stages and dynamite will remove some enemies.  Timers temporarily freeze the enemies in their tracks for a short while.  Levels with windows and shutters will leave them in their current position when frozen in time.  If a lucky cat is collected at a dead end a helicopter will appear and carry the climber further up the level.

Power ups appear in the same spot so be sure to remember where you found them.  Unfortunately you cannot save your progress mid-level, only at the world screen.

Morally speaking, the only concern is cartoon violence as objects are thrown at your climber for no apparent reason.  Since this game was released in the mid-nineties the graphics and sound effects are dated by today’s standards.  If you can look past that, Hyper Crazy Climber lives up to its name in offering a fun and challenging experience.