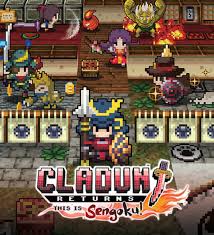 This is the first Cladun game I’ve played and given how much attention to detail there is, I can see why this series is so popular. When first launching this 2D RPG, you get to choose between modern and retro sounding music. I went with modern. I like how you can change the background music and customize songs for NPCs at the inn to sing.

The retro styled graphics are cute and completely customizable. You can edit your character’s appearance and equipment. There are also many jobs and personality traits you can assign to your character and party members. I wish some of the traits for male characters were available for females.

I couldn’t really find a personality I liked for my main female character/lord. I don’t really consider myself sexy, shy, gluttonous, silent, ditzy, or fashionable. I wound up going with spiteful even though I don’t feel that way. If the male trait of prankster was available, I would have selected that one. Other male traits include narcissist, imbecile, drunkard, and scholar.

There are plenty of job choices no matter which gender your character is. Each job determines your character’s base stats. The beginning job roles include samurai, swordsman, merchant, onmyoji (magic/divination), magician, vile priest, and saint. Some of the professions have terrain advantages over the others. If you name the characters after real life people, you can assign them relationships in game though it doesn’t impact the gameplay in any way. 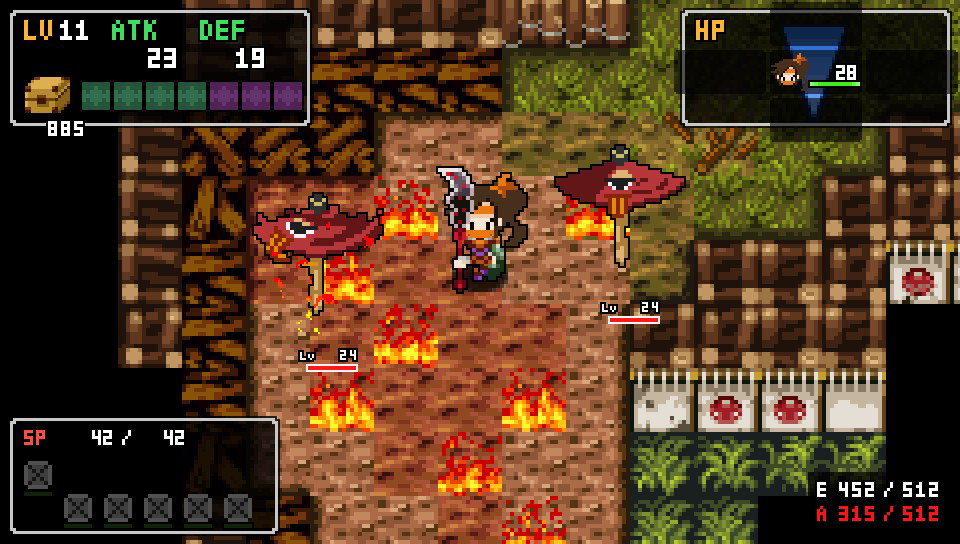 Once your character is created, they’ll wake up in a land called Arcanus Cella. Upon being told that they’ve died, they take the news fairly well. Until their memories return and they come to terms with their death, they’ll have to help other souls settle their affairs so they can reincarnate in peace. Upon talking to a troubled soul, a new dungeon will open up. Each dungeon has several floors that unlock as the previous one is cleared.

Speedrunning is encouraged as each dungeon level has a time record to beat. There are worldwide rankings on who has cleared each floor the fastest. In order to achieve the fastest times you’ll have to avoid some battles but many of the gates blocking the exit can only be opened by defeating a certain number of foes. There are also colored gates that can only be opened by flipping the similarly colored switches.

There is a decent amount of variety when it comes to enemies and bosses. Many enemies have an elemental affinity/weakness while others can only be attacked from behind or on the side. Besides enemies there are various traps that have to be avoided so you’ll always have to be on guard. Many of the traps can be bypassed by simply jumping over them, though in the heat of battles, that’s easier said than done.

The main character/lord learns special attacks/abilities as they level up. The supporting characters/vassals grant additional abilities and take damage for their lord depending on which way they’re facing. Character placement and supporting equipment is configured in the magic circle. Positioning is everything as some places have negative status effects. Some of the charms equipped can negate some of the effects though. Rotating characters is recommended for level balancing. 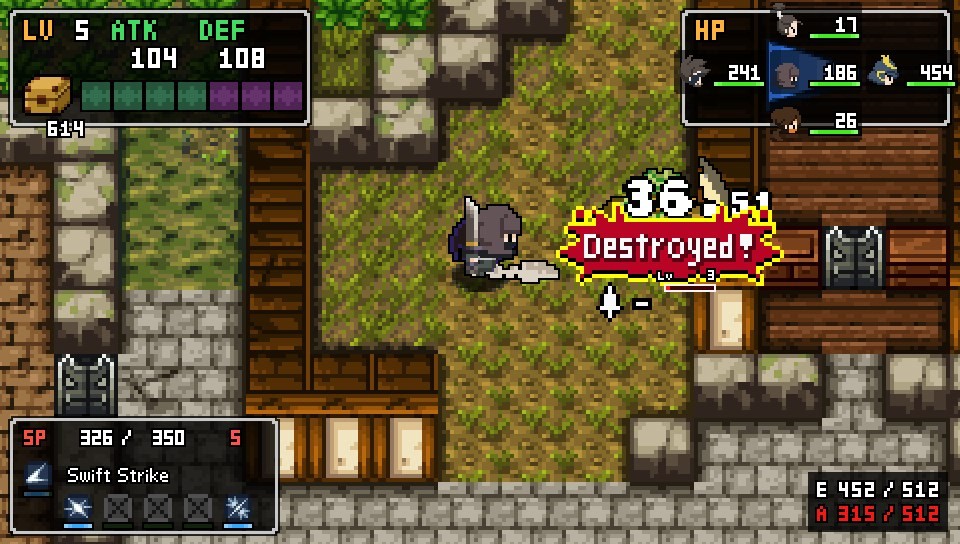 Like many RPGs, grinding is necessary to overcome some of the tougher bosses. You can replay levels as often as you like and for every chapter cleared, a tougher EX dungeon becomes available. The EX dungeons are great for earning experience and possibly recruiting renowned samurai lords to your party. There are also quests available in town, which can bring your party some fame, money, and nice loot.

Multiplayer mode is available though I was unable to find any adventurers online to fight alongside. In theory, you can play with up to four people online. Maybe the PS4 or Steam version has a better online community. The Vita version is ten dollars cheaper and the portability is great.

I have seen both Teen and E 10+ ratings for this game. There is some violence and a little blood but nothing too disturbing. Elemental magic is also used. References to reincarnation are part of the story. There is some suggestive dialogue if you chose a sexy personality for a female character. Last but not least, there are some drinking references and some characters are seen smoking.

Overall, I enjoyed Cladun Returns: This Is Sengoku!. It’s a shame that the multiplayer is dead, but there is plenty to do solo to keep me busy for a while. I’m not sure I would pay full price for the Steam or PS4 version, but it’s certainly worth picking up on sale. I think the Vita’s price of $29.99 is fair for the amount of content packed into this title.