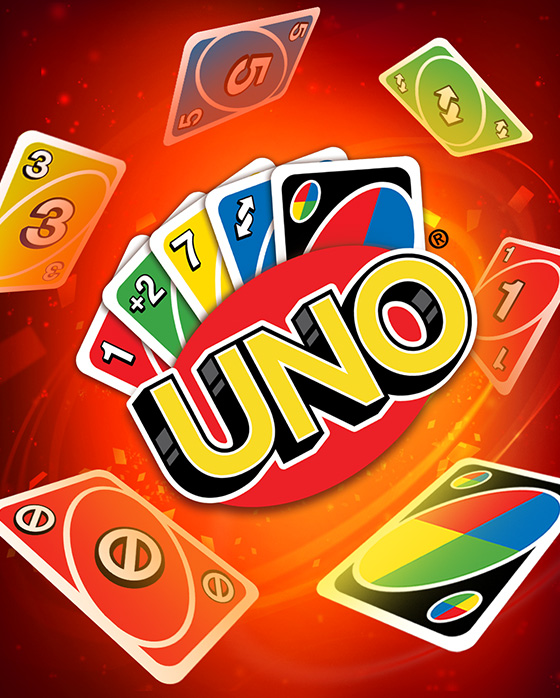 Uno was developed in 1971 and was branded by Mattel in 1992.  It’s very similar to the card game Crazy Eights where you have to match together cards with the same numerical value.  The Uno deck has four colors that range from zero to nine.  The players have to put down a card of the same color or face value of the current card in play.  If the player cannot meet either of those two requirements, they can change the color with a change color card in their possession or draw a card. The number of cards drawn in a turn depends on the game rules in play.

In this game you can play with the default rules or tweak them with some pre-set options.  The default draw rule is to only draw one card if you cannot make a move.  This rule can be changed to keep drawing cards until a playable one is received.  Ubi Club is implemented in this title and with points you can unlock the Jump In rule that lets you play an identical card (color and number) if you’re fast enough to press the randomly picked button on the controller within two seconds.

Another optional game rule is to allow hand swapping when a seven or a zero card is played.  The seven card lets you specify which deck to trade with and the zero card rotates everyone’s decks clockwise.  If you want to spice up the game even further, the Rabbids Uno deck adds a couple more cards and a bit of chaos into the mix. 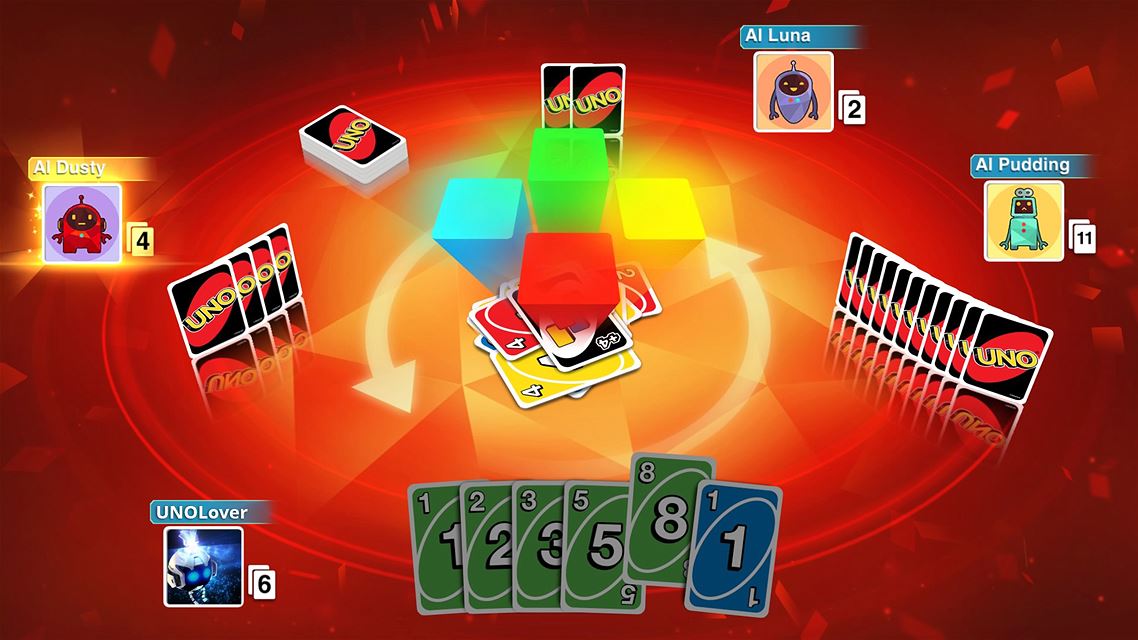 Since the origin of the game, Uno has tested friendships with the Draw Two and Draw Four cards.  You can now strain relationships even further by stacking the Draw cards and stick it to the person who can’t supply a stackable card.  With the video chat and microphone support you may get some foul language out of the players you’re up against.

Locally you can play alongside another player and can see each other’s hands.  Getting the second controller to work on the Xbox One took some tweaking.  In order to be recognized the second controller has to be assigned to another Microsoft account (or as a guest) before the game is launched.  Online you can play against four people and if anyone drops out during the game they’ll be replaced with AI players.  One of the games I was playing ended prematurely after all of the online players dropped out throughout the game. 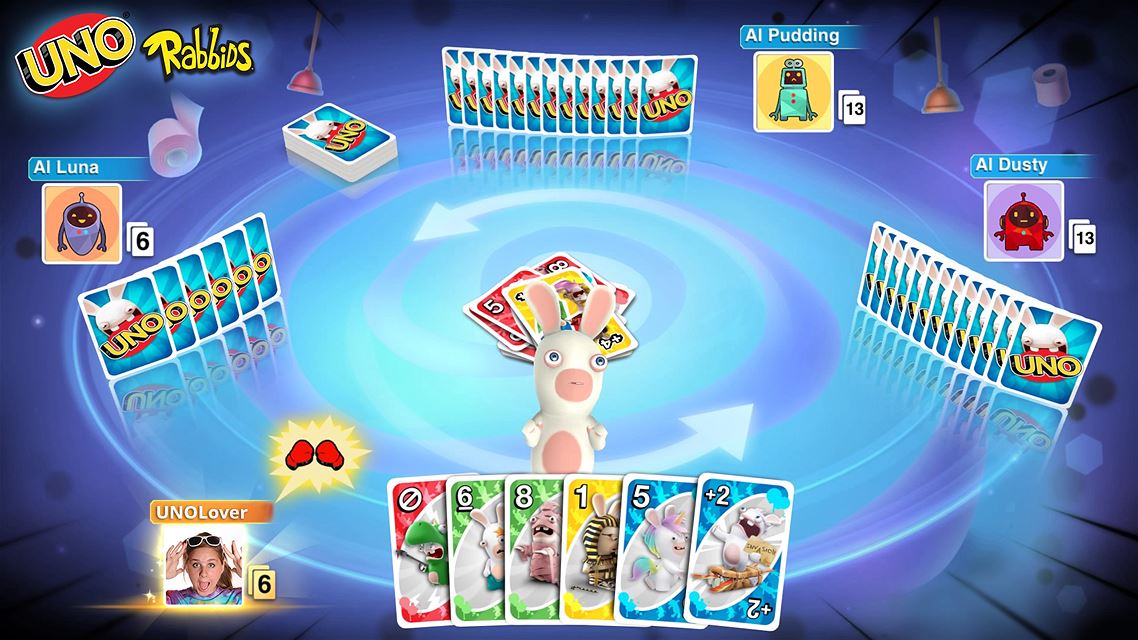 Finding players online only took a few seconds as of this review.  If online play isn’t an option, the AI players will provide enough of a challenge.  The winning conditions can be set to one round, 200, 300, or 500 points.  It should come as no surprise that the AI is faster than human players even though the game automatically selects your next playable card if you have one available.  There is the option to call the bluff of needlessly playing Draw cards, but I haven’t been successful with doing so against the AI.  Perhaps it’s easier with human players.  If you’re wrong in calling out the bluff, you’ll get 50% more cards than originally assigned to you.

Graphically the standard deck looks as it should with no added bells or whistles.  If you want animations and more chaos, the Rabbids deck will have you covered. On the music front, the background music is smooth jazz which is serviceable, but not my first choice.

Overall, Uno is a great and family friendly addition to your console or PC library.  There are plenty of people to play against and it’s perfectly playable offline too.  As with any online interaction, your mileage may vary on the vocabulary of your opponents.