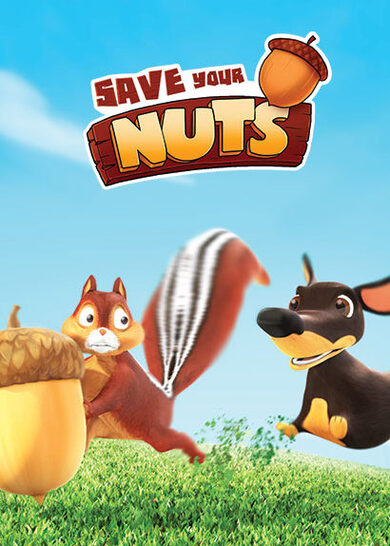 Thank you Triple Scale Games for sending us a review code!

We’re always on the lookout for games that are both family-friendly and fun to play. Although I’m not a fan of the title, Save Your Nuts does manage to meet both of those requirements. My kids and I enjoyed playing several rounds and unlocked all of the arenas and playable characters within a couple of hours.

There are three game types and they are all team based. If you find that you have an odd number of players, you can add in a bot to even things up. The bots are available in easy, medium, hard, and unfair difficulty levels. The Battle mode is our favorite and in this mode, your goal is to pop the three acorn-shaped balloons on the opposing players while protecting your own. In Capture The Nut you must be the first to gather five acorns individually to your base/dog house. The Thieves mode is similar but you can gather multiple nuts and have the ability to steal from the opposing team’s base. The first team to have five nuts in their possession wins. The matches are typically five minutes long, but we rarely needed that much time. 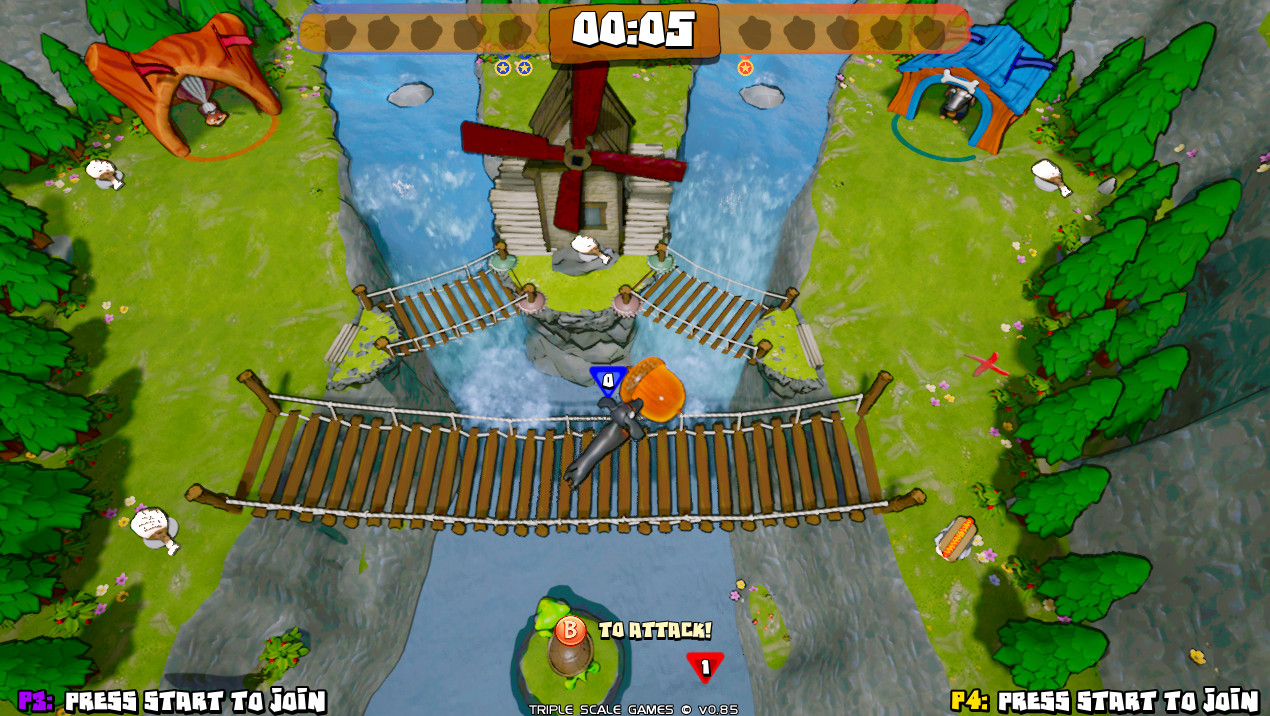 Strong Points: Wide variety of maps and characters; fun gameplay
Weak Points: No online matches to join;  it is possible to get stuck and the other team will take advantage of that
Moral Warnings: Crude humor; cartoon violence

Not all of the maps and characters are available in the beginning, but it doesn’t take much time to unlock everything. There’s a wide variety of arenas and they all have features that set them apart from the rest. Our favorite map is the dungeon one as it has spikes that come up from the floors and you can let loose a huge spikey log that has to be avoided before it rolls into a lava pit. All of the arenas are colorful and have some spots for digging up useful items like cannons, poop traps (slows down enemies when stepped on), giant mode, and jet packs. The park map has water with an alligator in it that makes things a bit challenging. The train station arena has trains that have to be avoided and may slow you down if they’re blocking the entrance to your base. The pirate ship map is fun with all of the cannons on the ships to play with.

In the beginning, you only have four character types: squirrels, dogs, raccoons, and armadillos. Later on, you can unlock beavers and wolves. Each animal type has strengths and weaknesses to take into consideration. The squirrel is fast but not very strong while the armadillo is the opposite. The armadillo and beaver characters have their own special attack. The beavers do well in water while wolves are afraid of it. The downside to beavers is that they’re slow diggers. Dogs on the other hand are the best diggers, but they can’t jump very high. Wolves are the best at jumping. Raccoons get a speed boost when carrying objects.

Save Your Nuts is powered by the Unreal 4 engine. The bots are formidable and good to have on your team. In one of our matches, the bot and I both managed to get stuck. Not surprisingly, we lost that round. Other than that one glitch, this game ran fine for us. If you're looking for online matches, you may want to reconsider as I have not found anyone online to play against. Thankfully, the bots will keep you entertained if you don't have anyone to play with nearby. 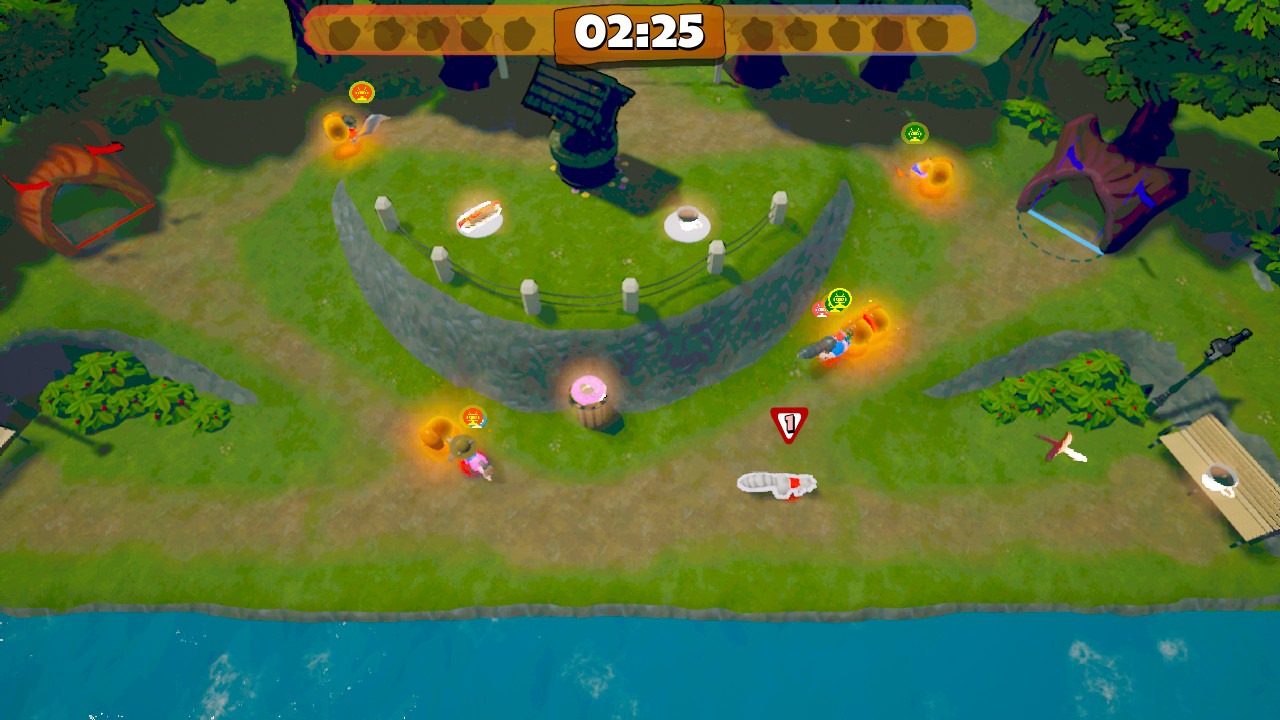 The graphics are colorful and the maps are well designed. I like how some of the maps have multiple levels and vantage points to plan attacks on your enemies. There are different types of power-ups that randomly appear on the maps. Coffee will give you a temporary speed boost. Donuts make you stronger for a little bit. The most useful power-ups are hot dogs that shield your character for a bit.

I can safely say that the music is forgettable since I had to launch the game to remind myself of what it sounded like. It's decent, just nothing special or memorable. The cartoony sound effects are fitting and sound good.

Despite the goofy title name, Save Your Nuts is family-friendly. The cartoon violence is very tame. When you ram into another player, they will trip and get back up after a few seconds as long as they're not out of balloons in the Battle mode.

Overall, Save Your Nuts is a cute game that's reasonably priced at $14.99. If you buy it from the developer's website directly you can save a couple of dollars. It's a shame that there doesn't appear to be cross-play or any active matches online to join in. Local play is a blast and the bots are challenging if you have to play solo.