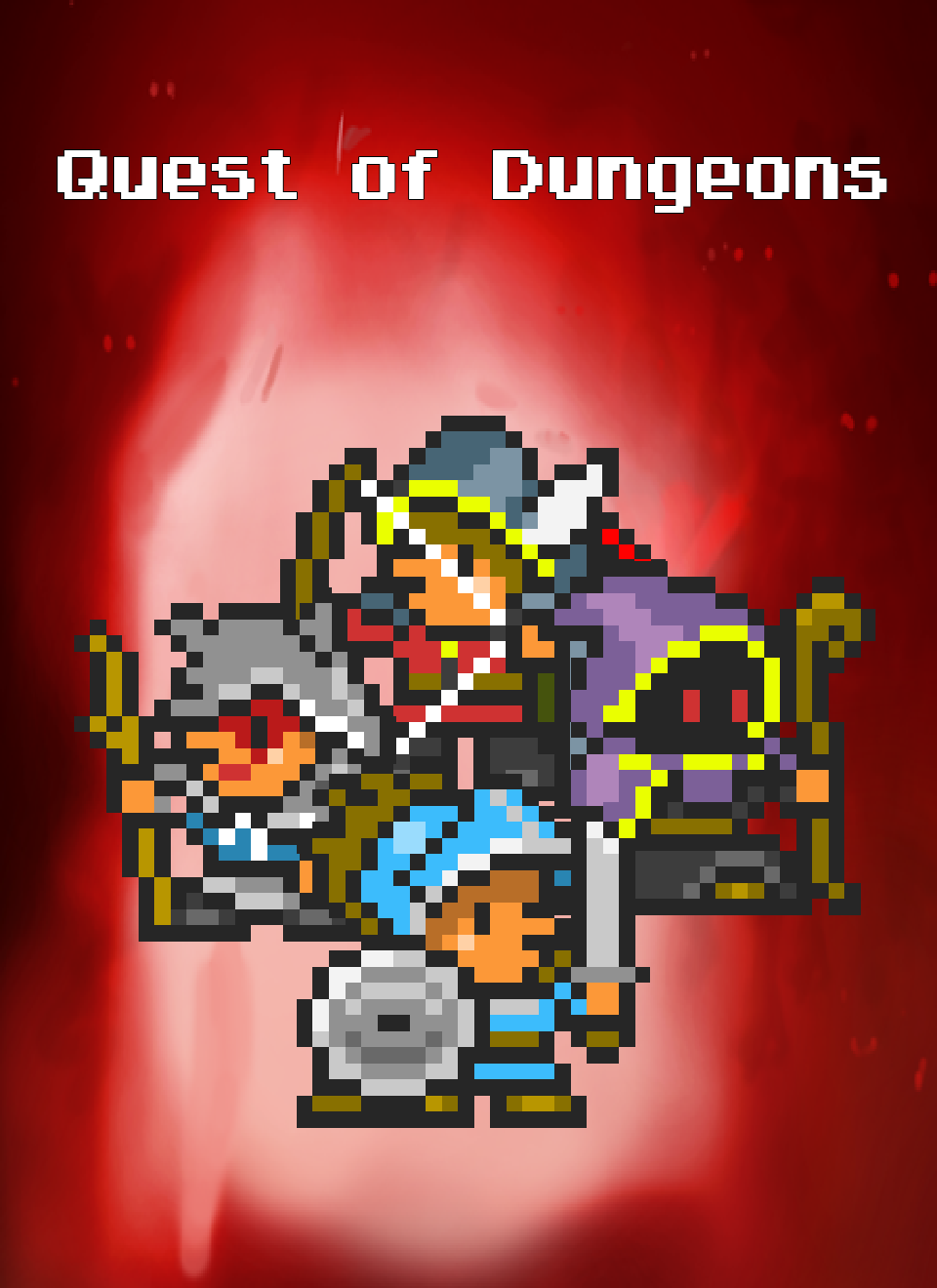 Thank you Upfall Studios for sending us this game to review!

A mysterious villain has stolen all of the light and darkness now covers the land of Virul.  It’s up to a brave hero to enter his lair alone and defeat him.  Each journey is unique since the dungeons are randomly generated with each playthrough.  The loot, bosses, stores and layout change upon each death since you only have one life in this game.

In the beginning there are four playable characters with an unlockable fifth player.  The starting classes are: 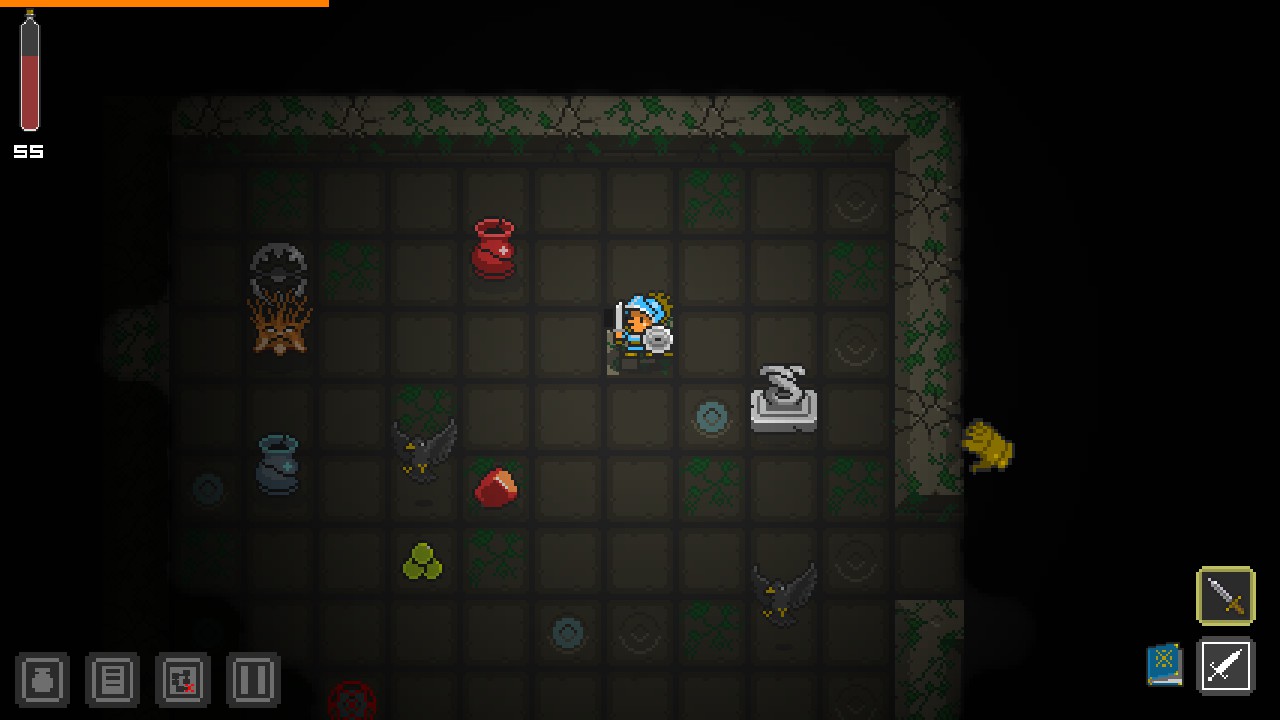 Each class has a primary attack and a special ability.  The special ability can change throughout the game, but for the mage the secondary attack is spell casting and it consumes mana each time a spell is cast.  While health and mana can be replenished via potions, they both regenerate slowly by simply walking around.  Health can also be restored by eating various food items though some of them have a chance of making the hero sick if consumed.  I opted to avoid the 50/50 risk of eating moldy cheese but the 10% of sickness from eating fish had better odds in my favor.

When the player levels up, they’ll also have their health and mana points replenished. Leveling up is done by gaining experience by completing quests or defeating enemies.  The quests typically consist of defeating a stronger than normal enemy or locating a random artifact.  The quest’s journal entry will also give you a general idea where the target is located (N, E, S, W).

Your ultimate goal in this 2D dungeon crawler is to descend lower and lower until you find and defeat the dark lord.  However, since each playthrough is random you may run into another tough boss that will do you in first. It is possible to close the door and run away and if you’re not very strong yet and I recommend doing just that.  I also recommend clearing out the levels entirely before descending to the next one.  This method does take more time and if needed, you are able to save and quit the game.  If you do die, the save is deleted and the game officially ends. 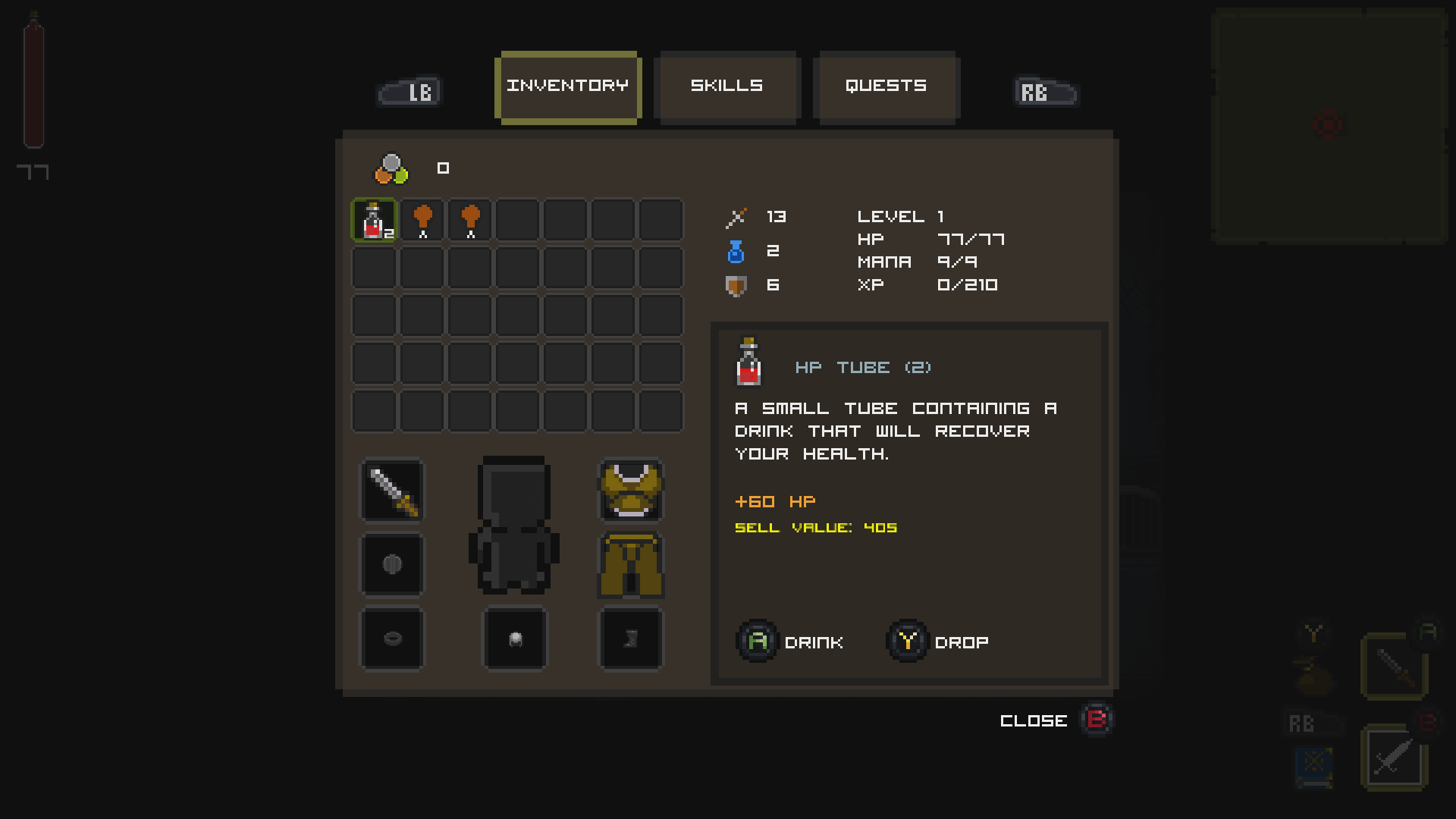 Even though my son isn’t a fan of the permadeath, he still enjoys playing Quest of Dungeons.  Other than the occasional blood puddles, and fantasy violence, this game is safe for kids to play.  That is of course, if you don’t mind magic use (which can be avoided if you choose to play as the assassin or warrior).  My son also likes to play the game on its easiest difficulty.  Altogether, there are four difficulty levels (easy, normal, hard, hell).

Quest of Dungeons won’t blow you away on the sound or graphics front, but its system requirements are pretty low as it originally came out on mobile devices.  Those who enjoy old school dungeon crawlers that don’t take themselves very seriously should keep an eye out for Quest of Dungeons.  While it’s normally $4.99 on the Xbox One and PC, I have seen it on Steam for as little as $2.50 and the normal price of the mobile version is less than $2.00.