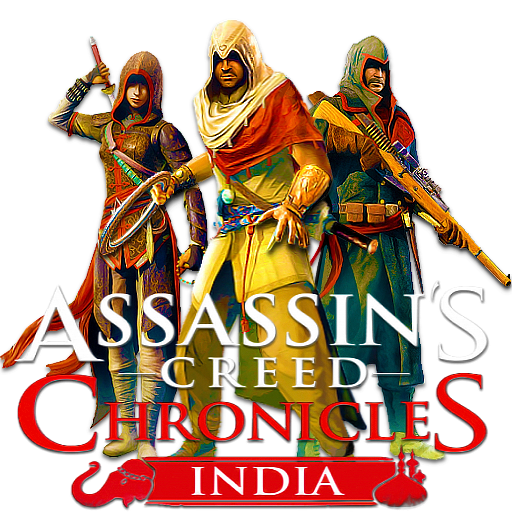 Assassin’s Creed Chronicles: India is the third installment in the Assassin’s Creed Chronicles trilogy and it has a standalone story that takes place in India during the 1840s.  The stealthy protagonist, Arbaaz Mir has a vendetta against the Templars who murdered his lover’s grandfather.  He wants to keep his girlfriend, princess Pyara safe and secure the Koh-i-Moor diamond for the Assassin Order.

Not only are the streets swarming with Templars, there are British/East India Company Soldiers that will shoot Mir on sight.  Mir won’t hesitate to kill them first, but prefers not to harm innocent Indian guards.  While conflicts can often be avoided, it is necessary to complete many of the missions.

The 2.5D environments lend themselves nicely to hiding in the shadows, climbing trees, using the grapple hook and the chakram to navigate and destroy various obstacles.  The levels are very colorful and the art style is pretty unique.   Instead of your typical blood splatter, the enemies spill their blood in spiral art shapes. 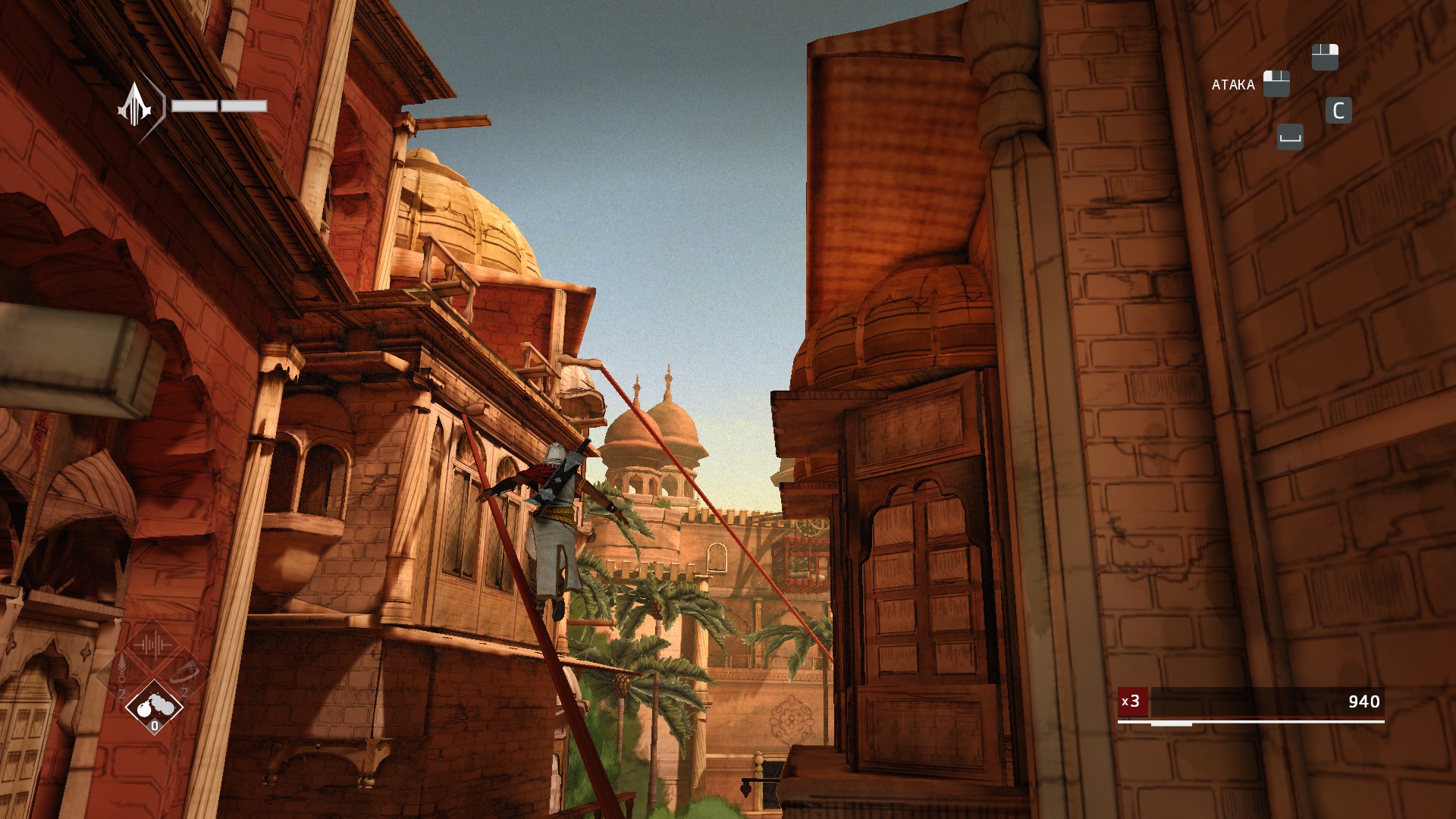 Strong Points: Gorgeous 2.5D graphics; plenty of check points for inevitable failures
Weak Points: Some of the levels are frustrating and even timed
Moral Warnings: Killing and bloodshed (with pretty visuals); sex is insinuated but not seen

Mir must attack from the shadows since he’s not a tank and will quickly succumb to enemy gunfire.  In order to survive he must stay outside of their vision range and move quietly.  Some animals like caged tigers and birds will announce his presence, so he’ll have to avoid them as well.   Many times there will be multiple guards but they have noticeable patterns to keep track of and avoid detection.

Chances are that Mir will die or become de-synchronized as the game puts it.  Thankfully, there are many checkpoints so not much progress will be lost.  Each map has several objectives that will earn points towards upgrading Mir’s attributes and abilities.  Points, as well as gold, silver, bronze statuses are awarded depending on the effectiveness of Mir's stealth. 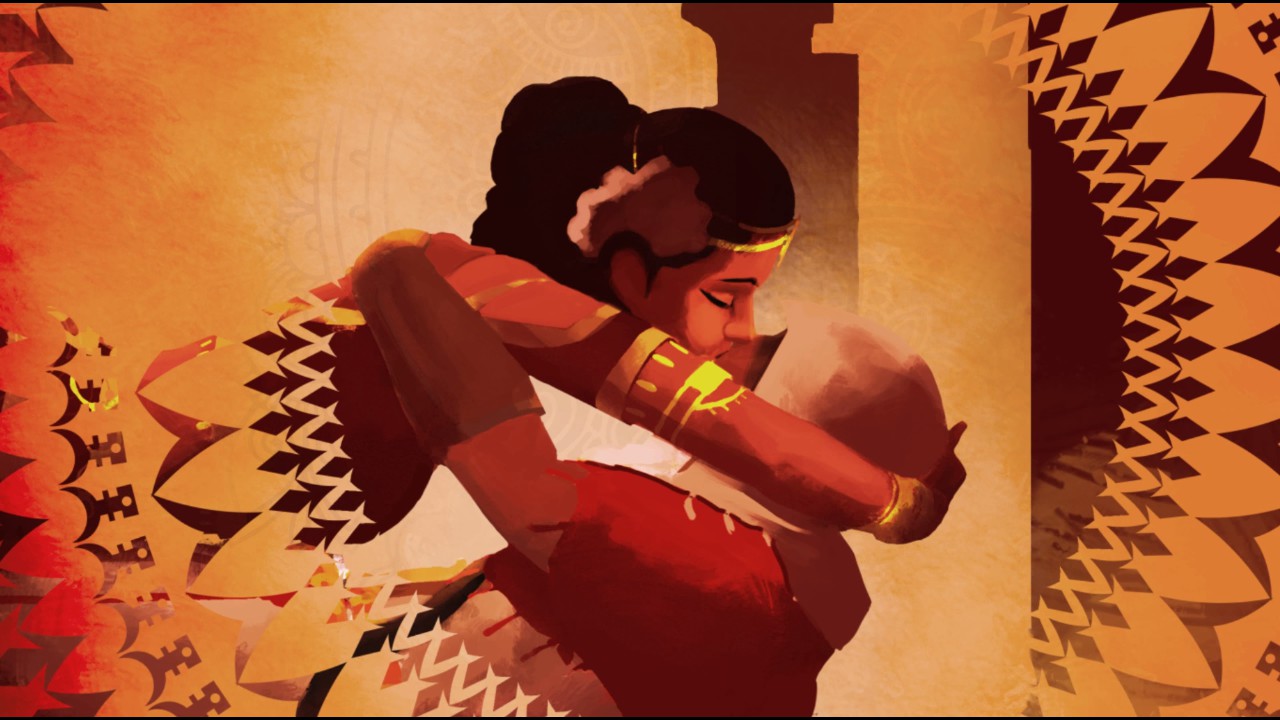 There are three difficulties: Normal, Plus and Plus Hard.  I played on Normal and found the guards to be reasonably challenging.  Though there were quite a few sleeping or talking guards that did not notice me sneaking around them.

The main story can be completed in less than six hours.  To extend the gameplay you can try it on harder difficulties for more loot or you can play the various and often timed challenges.  There are challenges focusing on collecting items, completing contracts or assassinations.

The ten dollar asking price is pretty reasonable and Ubisoft recently released a trilogy pack for $24.99 which is a good deal if you don’t own the prequels.  I was impressed with the aesthetics and sound quality in Assassin’s Creed Chronicles: India.  It’s a challenging game that relies on stealth and violence to progress the storyline.  It’s also worth noting that a romantic relationship exists between Mir and princess Pyara, but nothing is shown besides them kissing.   If those issues don’t bother you and you like stealthy or parkour games, then Assassin’s Creed Chronicles: India is worth snatching.