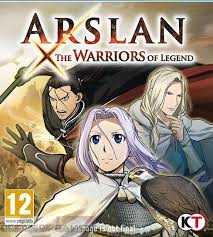 Thank you One PR Studio for sending us this game to review!

Arslan: The Warriors of Legend reenacts the first season of the popular anime, The Heroic Legend of Arslan.  If you have any interest in seeing the anime, you may want to hold off on playing this game because it will spoil much of it!  While the anime is very good, it does shed a negative light on religion and the Lusitanian faith resembles Christianity in some aspects.

For those who are not familiar with the anime it revolves around a young prince, Arslan who lives in the flourishing Pars empire.  The king (or Shah as he’s referred to in this game), Andragoras III, has never been defeated in battle and is deeply in love with his beautiful queen, Tahamine.  Sadly, Arslan doesn’t get shown much affection as both parents keep him at arm’s length.

Regardless of what the king and queen feel towards Arslan, he wants the best for his kingdom.  Pars has many slaves, referred to as gholams, and they are an integral part of their economy.  When the Lusitanian army invades Pars and promises the slaves freedom, they start attacking the Parsians from within their stronghold.  King Andragoras III is captured in battle and taken prisoner.  On the battlefield Arslan is nearly killed by a traitor, but is rescued by the great warrior, Daryun.  Together they flee for safety and try to gather allies to reclaim the Parsian empire and save soldiers and loved ones from the Lusitanians. 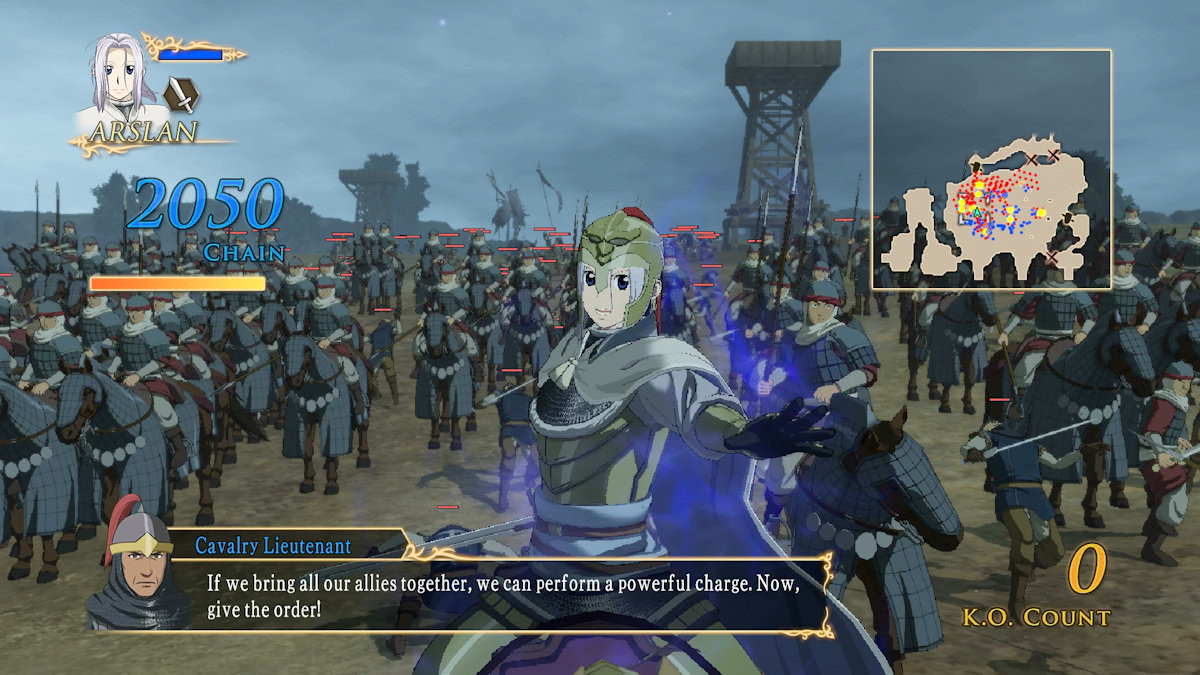 Strong Points: Unrealistic but fun battle system, based off of a good anime and uses the same (Japanese) voice actors
Weak Points: The cut scenes often stutter; nobody to play online with
Moral Warnings: Violence and bloodshed with much of it done to non-believers of the Lusitanian faith; religion is shown in a negative light; a couple of characters are womanizers; some females wear revealing clothing that shows off their cleavage; language

Like the anime, this game begins with Arslan in his tweens studying self-defense and battle techniques.  Though the anime portrays him as a reluctant fighter, he’s a force to be reckoned with in this title.  You start off playing as Arslan, but other allies of his quickly unlock as the story progresses.  No matter who you play as, the battles are so much fun as you can send thirty or more soldiers flying with a mere swipe of your sword.  Trampling on them while you’re on horseback is entertaining as well.  The battle system is over-the-top, but extremely fun.  My least favorite characters to play were the archer based units (Alfarid, Elam, Farangis).  While all of the melee characters are powerful, my favorites are Narsus for his paint brush attacks and Kishward for his dual wielding sword assaults.

Many of the missions are action packed with thousands of enemies to slice through to reach various checkpoints.  You are scored by how fast you get to the checkpoints and by how many enemies you have KO’d along the way.  There are often mini-boss class generals and gate keepers that have to be taken out to open new sections of the map.  Sometimes there are obstacles like blockades in place that have to be removed with more force than usual.  That’s where rush zones come in.  Rush zones will often appear and when your character enters one, their army will form into a powerful blue tornado that will instantly KO any enemy it comes into contact with along with any obstacles.

Not surprisingly, bosses will need more than a rush zone to take them out.  The bosses often have powerful attacks that can temporarily stun your character.  Another ability they have is forming a barrier that freezes their health bar until the barrier is destroyed.  Some of the bosses are easier to take down than others and you are scored by how fast you’re able to do so. 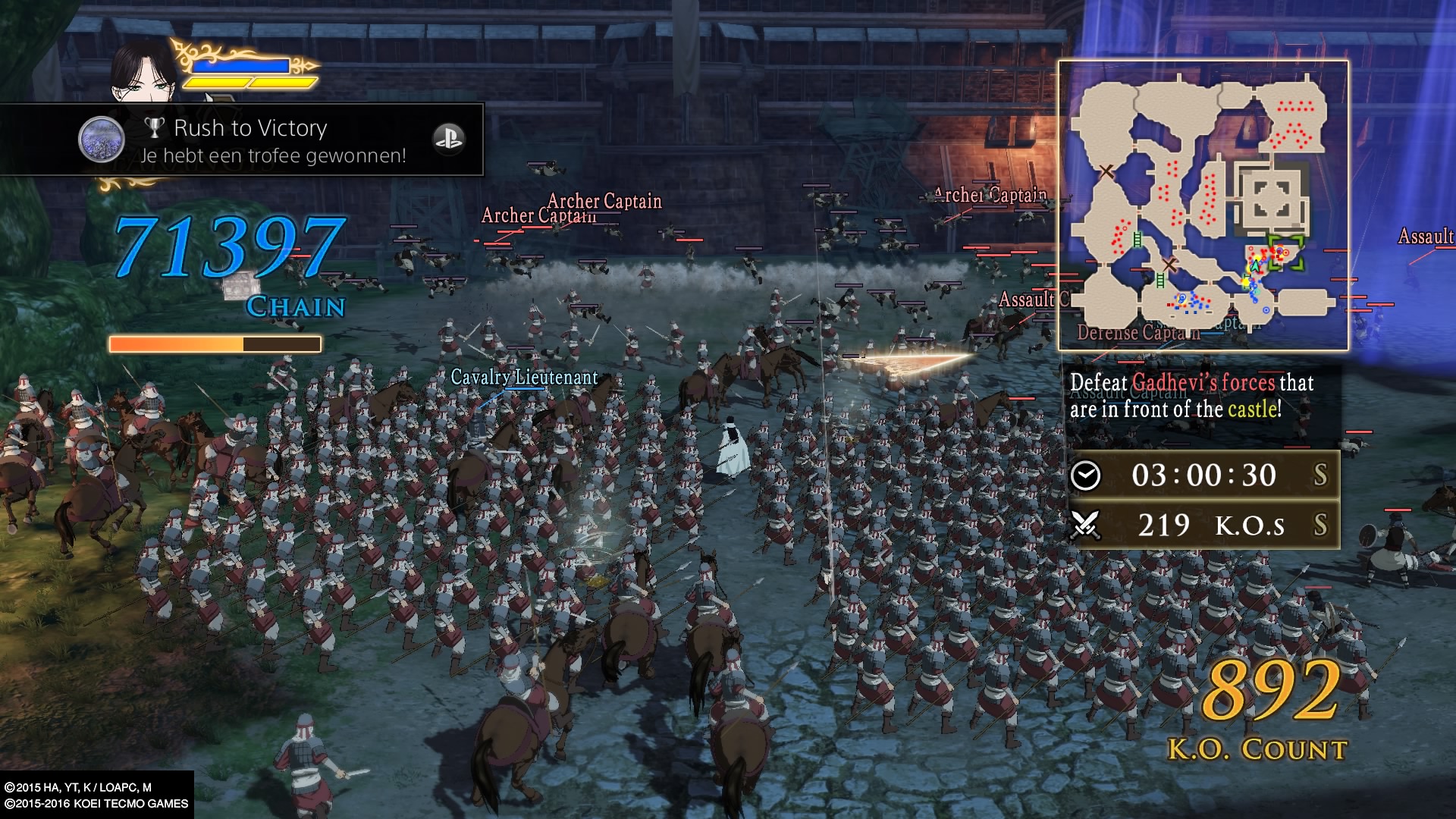 If you’re struggling with bosses or battles in general, you can buff your characters with skill cards.  Equipping these skill cards can enhance their stats further.  Once a character is playable in a story mission, they also will become unlocked in the free play and online game modes.  You can play cooperatively with another player online if you know of anyone who plays this game.  Sadly, I was unable to find any games to join.  The free play scenarios let you play missions from different character’s perspectives and if you’ve been collecting recipes, Elam can cook some meals to buff your characters beforehand.  Free play and online modes are the only way to play some of the nemesis characters like Hilmes (called Hermes in the anime).

The 3D cell shaded graphics look fantastic and resemble the anime in many ways. While the battle scenes ran well on my Xbox One, the cut scenes often stuttered and slowed down at times.  There are some violent scenes and bloodshed (much of it is done for religious reasons). Some profanity is used during battle (though it is subtitled).  Last but not least, a few of the females are well endowed and don’t have any problems flaunting their assets.

In the end, I enjoyed playing Arslan: The Warriors of Legend though I’m disappointed in the lack of people to play with online.  The performance issues are disheartening as well.  Because of those combined issues, I don’t recommend paying full price for this title. If you're already familiar with the anime and don't mind the negative connotations about religion portrayed in it, you'll probably enjoy this game.