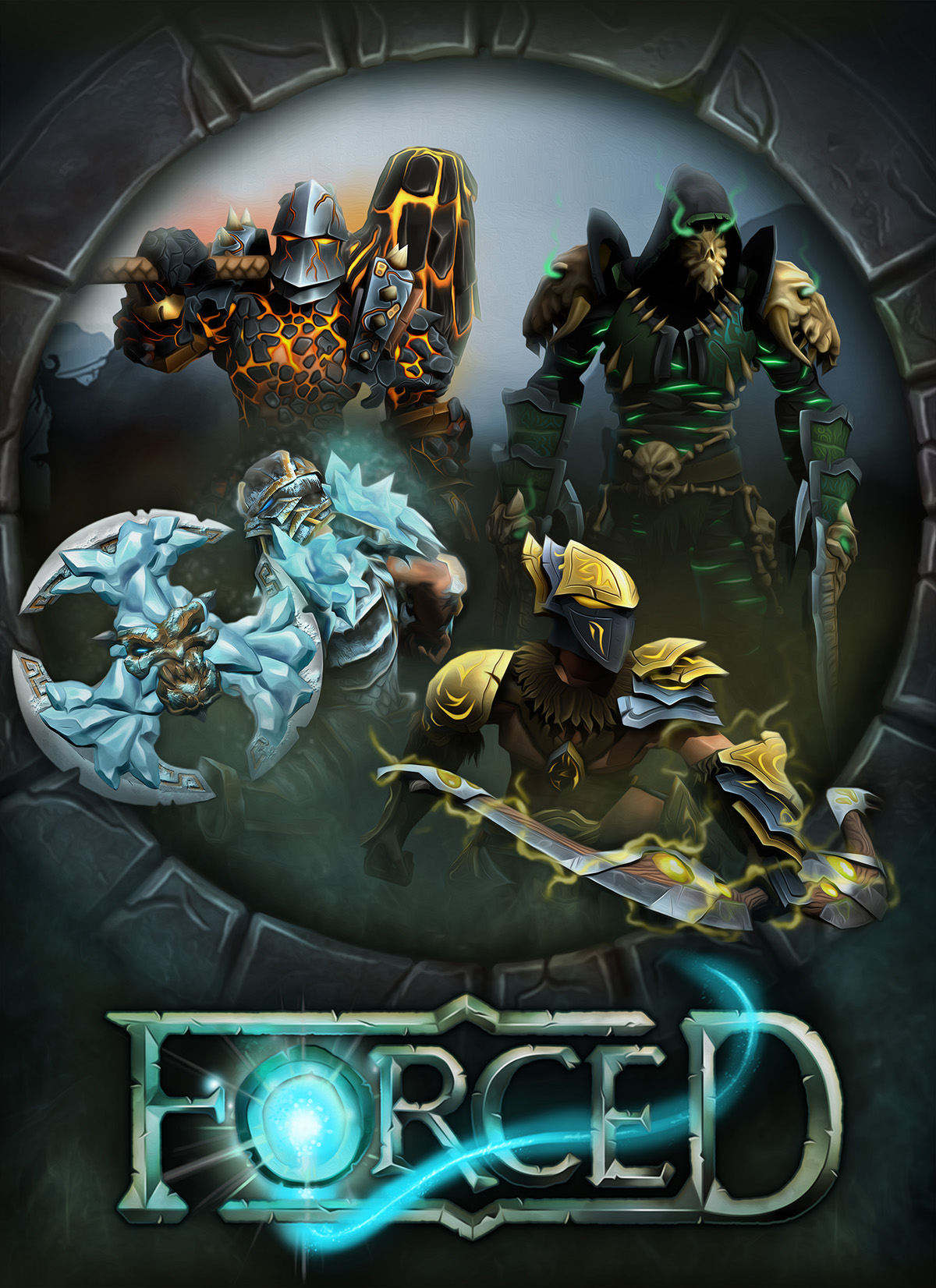 Thank you BetaDwarf for sending us this game to review!

Forced is a 3D top-down action RPG game with puzzle elements.  It can be played cooperatively with up to four players locally or online.  The number of enemies in each wave increases with each additional player added to the mix.  While playing solo is possible, this game is best enjoyed with others.

The story isn’t very deep, but it’s serviceable.  Marked at birth, the Moon Valley tribe offers you as a sacrifice (only wearing a loin cloth) to appease their gods.  Nobody has ever returned from the gladiator training of sacrificial hopefuls.  There are twenty-five arenas and five boss battles between you and your freedom. Will you be the first to survive these trials?

Even if you play by yourself, you’re not alone in this game as Balfus the spirit guide will be able to assist you in the trials.  He will also teach you the basics of fighting and marking enemies to make them weaker to your attacks.  The controls are twin-stick style where one joystick controls the camera while the other handles the movement.  The triggers are used for marking and attacking enemies. 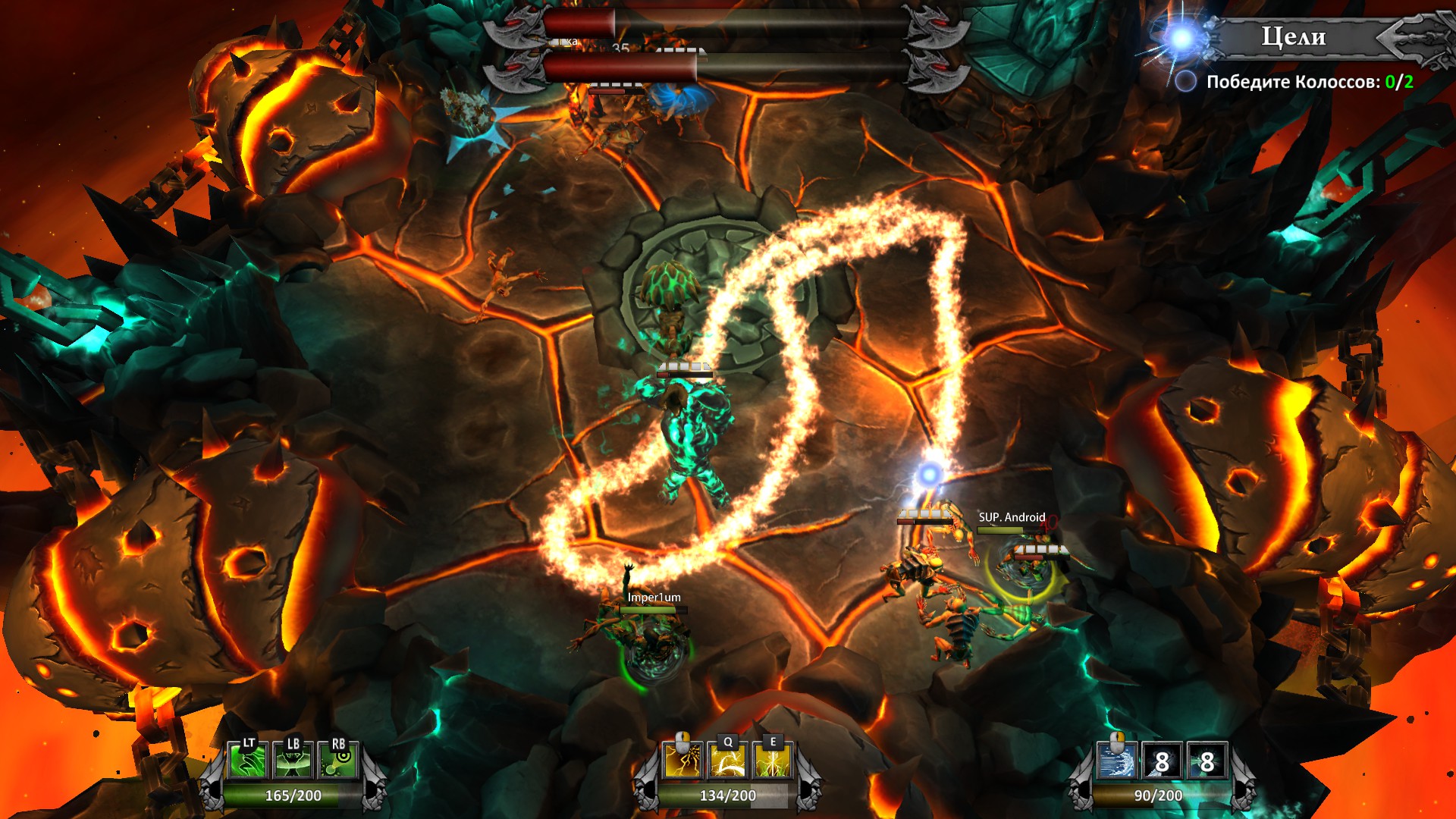 Strong Points: Challenging puzzles to solve while monsters are swarming you; co-op multiplayer
Weak Points: Nobody to play with online
Moral Warnings: Lots of blood and violence; references to other gods and sent as a sacrifice to appease them; language (d*mn)

There’s more to Forced than fighting.  Each of the trials has a puzzle like challenge to complete while thwarting enemy attacks.  Using the spirit guide is essential to completing most of the puzzles.  For example, a few of the challenges require you to blow up a certain number of statues.  In order to do so you have to guide Balfus through a flame to ignite him and then guide him to the statue without hitting any walls, enemies, or other obstacles besides the intended target.  Once all of the statues are gone, tougher enemies will spawn and you’ll have to deal with them.

Chances are good that you’ll be hurt in battle and thankfully there are usually healing shrines that activate when you send the spirit guide to them.  There is a cool off period so you can’t abuse it. You are only allowed a couple of deaths before failing the challenge.  Once a trial is completed you’ll be awarded between one and three gems by how fast you completed it and by how many challenges were done.  Some of them involve defeating a certain enemy within a short time period or by doing a specific attack/kill move.

The trials can be completed in any order, but a certain number of them have to be completed before unlocking the next section.  It’s nice to know that a tough level won’t slow you down too much.  Unfortunately, finding people to play online with me was fruitless.  The estimated wait time was 911 minutes.  No thanks.  The option for private matches is nice if you’re looking to play alongside friends across the globe. 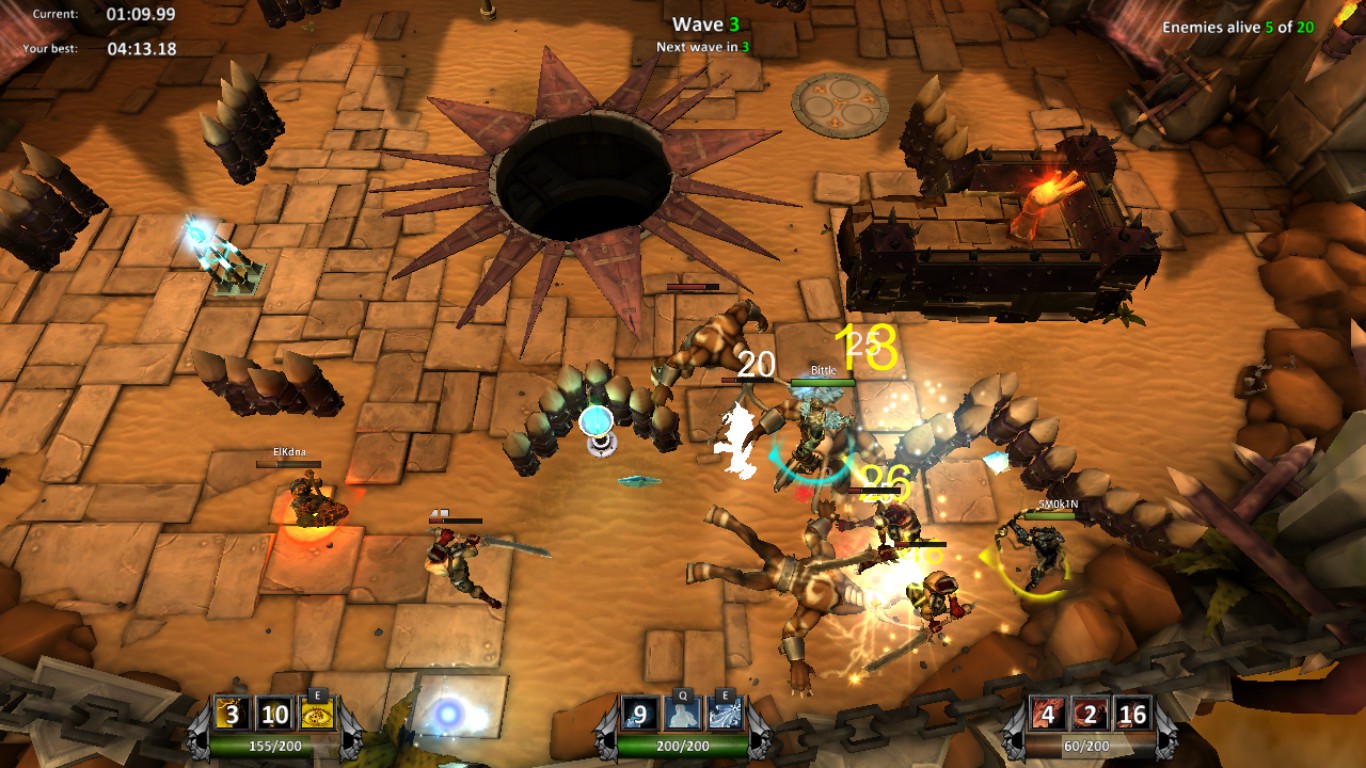 Gems are necessary for unlocking the survival mode levels.  The Ampitheatre level requires six gems while the Laser Pit needs twelve.  Further into the game you can unlock the Last Man Standing map for fifteen gems and the final option, the Dungeon, with twenty gems.

Earning gems takes a lot of work and many gamers may find this game too relentless to enjoy it.  Like most multiplayer enabled games, Forced is definitely more fun with multiple players.  Solo players definitely are at a disadvantage and intelligent bots would have been a nice addition.

Graphically, Forced looks decent and the bosses appear and act intimidating.  Whenever a weapon connects a foe, plenty of blood will spray out of them.  The levels are well designed and the puzzles are challenging to solve, even more so if you’re playing solo.

On the sound front this game is okay, but I noticed that the sound effects didn’t always trigger correctly which resulted in awkward silence as I was attacking enemies.  The background music and voice acting is good though.  Sadly, there is some language (d*mn) in this title.  The Steam version allows player chat which can introduce more colorful language to the dialogue.

If you’re looking for a challenging and death filled adventure, Forced may be worth picking up on sale.  I have seen it for less than $3 on Steam, but the normal price is $14.99.  If you don’t have anyone else to play with on the Xbox One it’s probably best to pass on this title due to the lack of online activity.