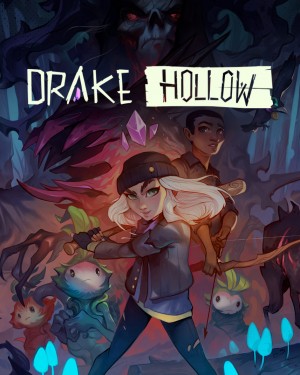 Thank you The Molasses Flood for sending us a review code!

The Hollow is becoming infested with a growing evil called The Feral. They’re draining the land’s resources with huge thorny plants and the water surrounding the mini islands is deadly unless you have a special temporary charm to nullify its effects. The inhabitants are getting weaker by the day, so a talking crow crosses over into our realm to seek your character’s assistance in saving their world. Will you accept the challenge? There is an achievement available if you ignore the request, but I was nice and decided to help out.

In order to reverse the damage of The Feral, you have to wake up these gosh darn cute vegetable creatures called drakes. Unfortunately, they’re as needy as they are adorable (similar to a puppy!). Each drake has to have water, food, and entertainment to survive. Yes, these creatures can literally die from boredom. Unfortunately, as they age their requirements go up.

Drake Hollow is broken down into four seasons and to progress to the next one you have to complete a few objectives. In the beginning you’ll learn the basics from the crow on how to gather resources and provide food for the drakes. Since this is a wasteland, resources are scarce and you’ll have to travel further and further away from the camp to gather supplies and awaken more drakes. To make matters worse, your camp is raided at regular intervals by the feral enemies so you’ll have to be there to protect it. Thankfully, there’s a ten-minute countdown clock from when the next raid will commence. If you have a crafting table (and the right components) you can craft teleportation devices to bring you back to camp in a jiffy.

Strong Points: Cute characters; randomly generated regions to explore
Weak Points: The drakes are needy and even more so as they get older; scrounging around for resources as your drakes are literally dying from boredom is frustrating
Moral Warnings: Bloodless violence; fairytale magic; rituals needs to be performed in order to progress the story

Later in the game you can construct some automated defenses like swirling blade towers and Tesla coils. Until then, you’re stuck with melee and ranged weapons that you find in abandoned buildings and structures. For ranged weapons I liked the nailgun and shotgun. Scrounging up ammo for them can be tricky though. Melee weapons come in all sorts of shapes and sizes. You can use wooden branches, chair legs, skis, candlesticks, coat racks, pick axes, guitars, giant hammers, and so on. All weapons break eventually so don’t get too attached to them.

Some islands have supply trucks. If you craft and construct waypoints between them and your camp, supplies will be automatically delivered on a regular basis. As an added bonus you can hop onto and glide on the waypoint wires to quickly travel between the randomly generated islands. Though the regions will differ for everyone they will have a few things in common. One is a lighthouse that will reveal the locations of sleeping drakes on your map if you climb to the very top and get a glimpse of the region. Schematics are also scattered all over the place and these are necessary to unlock new items to build. Last but not least are notes left behind by the previous inhabitants of this world.

To progress the story you need to level up your camp. In order to do that you need to collect and age your drakes. By offering crystals to your drakes, they will mature and their special abilities will become stronger. Each drake has a unique buff that you can equip. The number of available buff slots increases as your camp levels up. Your health and building capacity goes up too. The increased production of food and water buffs are handy, but so are the health stealing and increased chances of a critical hit.

As the seasons change, so do the camp requirements. It’s nice that your camp is brought over intact so you don’t have to start over from scratch each time. In the summer, there’s a shortage of water so you’ll have to compensate for that by building more wells. The winter starts off with everything frozen, including the drakes! You’ll have to thaw them out with torches and install space heaters to get everything up and running again 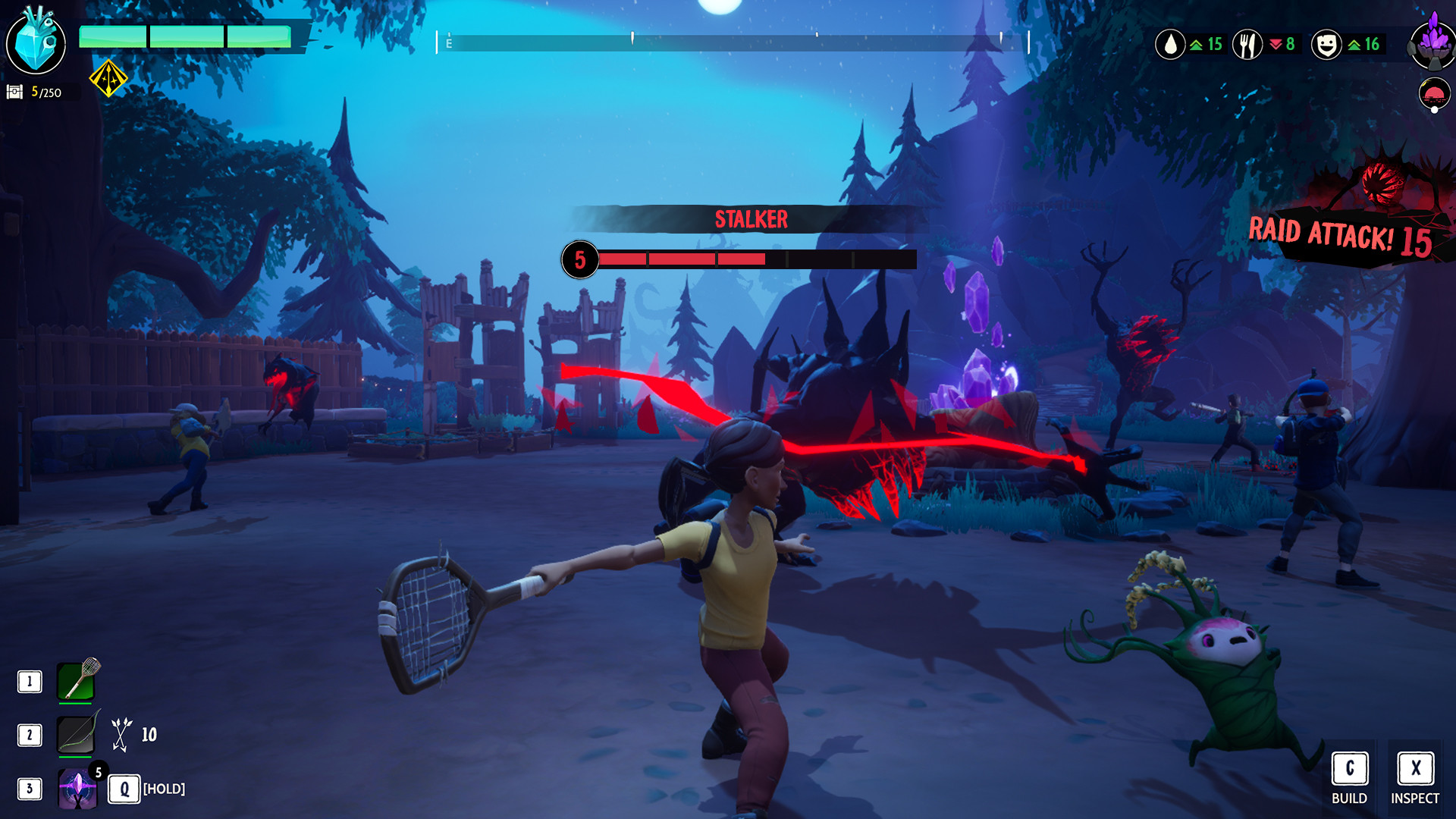 It’s hard to build up your town, defenses, food and water supply with limited resources. Thankfully, there’s a shop in town that’s operated by a crow that accepts shiny things (silverware) for currency. To make this game more enjoyable for myself, I installed the Windows version (it's free since this is a play anywhere title) and played using my cloud save file. I then used Cheat Engine to give myself $20,000 in shiny things. From them on, I had a more enjoyable experience being able to afford and buy needed components from the store without having to leave my starving and bored drakes behind and defenseless with an incoming raid due in a few minutes.

Overall, Drake Hollow is a fun but frustrating game at times. By reducing some of the stress factors, I enjoyed it more. I have little complaints morally as this title is pretty clean. The drakes and the main character can heal each other with some magical ability. There is violence, but no bloodshed. If your character dies, they can resurrect at camp at the cost of weakening their weapon. Or they can ghost walk and resurrect where their body was left behind.   Before you can move on to the next area, a harvest ritual/dance has to be performed.  Unfortunately, they get interrupted by The Feral attacking the camp.

This game is beautifully made with colorful scenery, dark and frightening enemies, and adorable drakes oozing with charm and personality. The background music is fitting and the sound effects are well done too.

Despite some setbacks, my experience in this game has more positives than negatives. There is multiplayer support, so having friends assist you in defending your camp and scavenging around is helpful. Ever if you play by yourself, you’ll never be lonely with the sweet but demanding drakes in your camp.