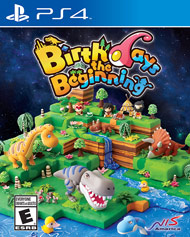 Birthdays the Beginning is a 3D sandbox game where you can play through the campaign, challenges, or in Free Mode and build up your world from phytoplankton all the way up to humans. The process of evolution requires time, temperature, and proper locations to give birth to new species. God’s way of speaking creatures into existence is much easier by a long shot!

The story is serviceable as the main character enjoys secretly reading through his/her grandfather’s books. In one of the books is a map of a nearby forest with an “X” marked on it. What kid wouldn’t want to investigate this further? Sure enough, the map leads to a bright light which renders the main character unconscious. Upon waking up, they meet the computer-like Navi who holds them for ransom until they form a new world to their liking.

Navi teaches the basic controls about raising and lowering the terrain and adding water to adjust the temperature. Changing the terrain consumes health, which can be replenished by switching to the macro view and letting time elapse slowly. Speeding up time is possible, but it too consumes health. Thankfully, as more and more creatures are birthed into existence, your character will level up and get more health. 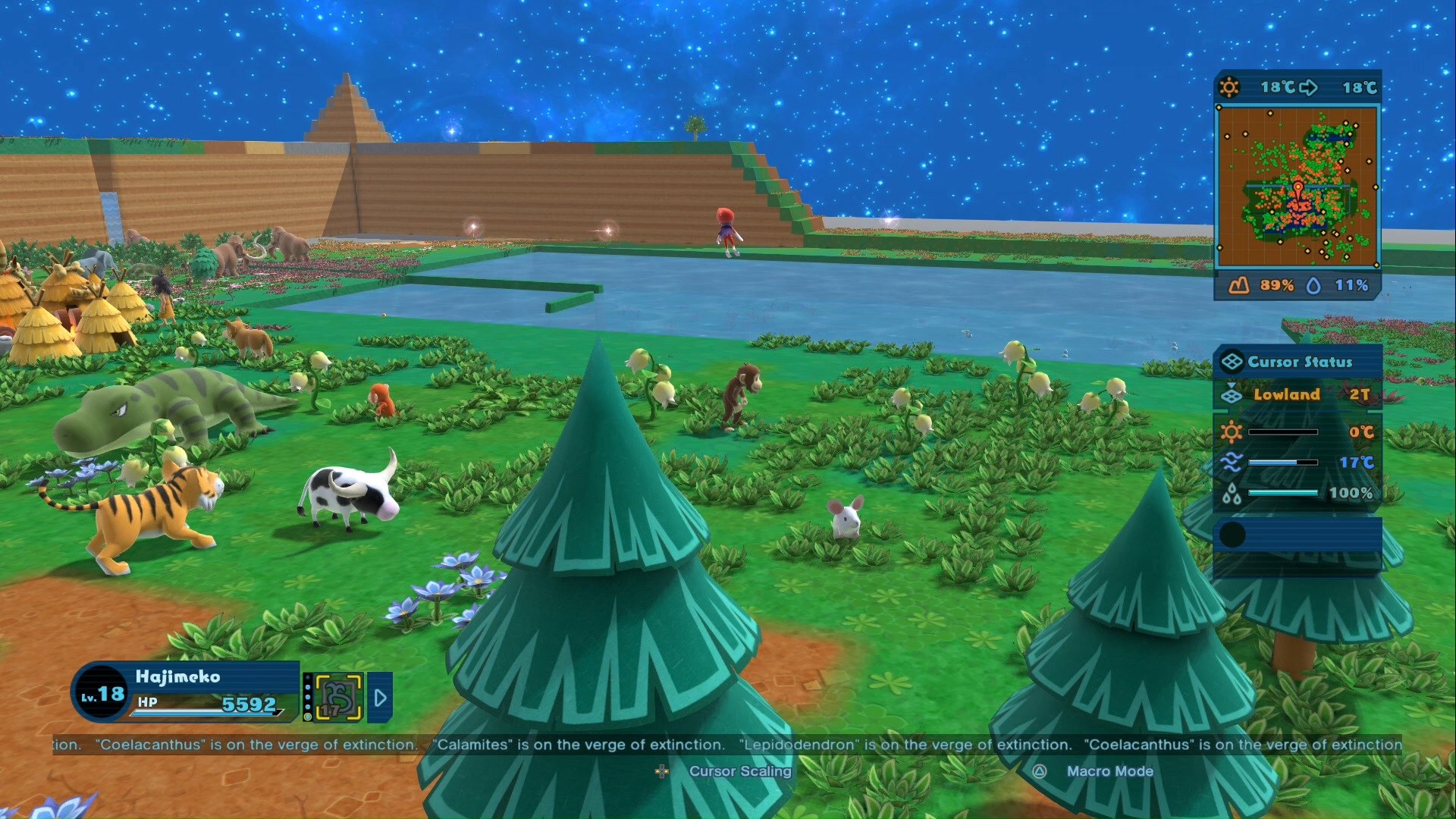 Strong Points: Educational and fun sandbox game that encourages you to create and sustain life
Weak Points: Keeping various species alive requires a lot of micro-management; confusing controls; game does not autosave (despite appearing to do so)
Moral Warnings: Evolution is heavily emphasized in this game; an alien DLC pack is available

In order to progress the story you have to meet certain conditions, which is hard to do if you kill off a species unintentionally. Be sure to save your progress regularly because the game will not do it for you despite a saving icon/text appearing. Upon completing a chapter you can earn up to five stars for clearing it in a timely fashion, not using seeds, raising quality specimens, and capturing them all.

Seeds are shortcuts that allow you to evolve or mutate creatures without meeting the requirements at the moment. If you’re not careful, the newly created species will die off as quickly as it appeared. There are other helpful seeds the allow you to create rivers, moist areas, dry areas, snow, global warming, and so forth. Without the proper terrain, both plants and animals cannot thrive.

In the macro view as time is elapsing you’ll see a breakdown of the life forms on your world. You’ll see green arrows for thriving and red arrows for population declines. Sometimes a species will re-appear after becoming extinct, but that’s not always the case. You’ll also be notified when a new species is birthed. To celebrate the occasion, you should switch to the micro view and check them out. To learn more about the species, this game encourages you to scan them. Scanning plants and animals will let you know about them and their quality. High quality specimens are a factor in earning an additional star at the end of a chapter.

If you don’t like the restrictions of the story mode, you can do whatever you want in the free play mode. In this mode you can choose the size of your world and grow whatever lifeforms you see fit. There are no goals, time limits, or objectives to complete. If you’re a goal oriented person, you may enjoy the various dinosaur challenges available. 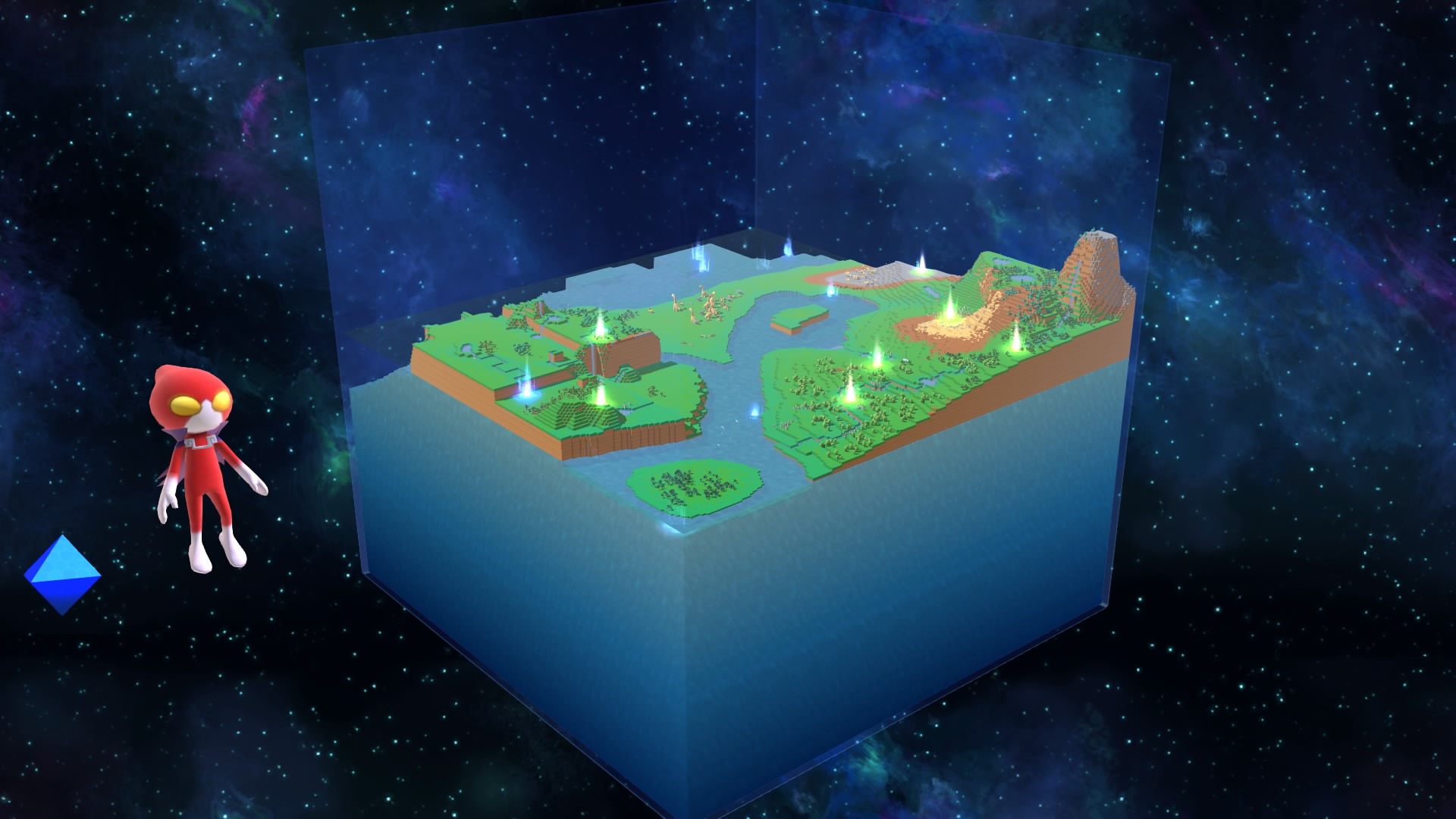 If you don’t mind the theory of evolution being taught, there is a lot to learn in Birthdays the Beginning. Kids who like biology or dinosaurs will enjoy this game. Mating or killing is not shown so this title is as kid safe as they come.

The overall presentation is cute and this game performs well on the PS4. Sadly, the PC version is an obvious port and many users have had issues running it at launch. The developers have been addressing their concerns and have been making some progress with a recently released patch. The controls may be a bit confusing, but they are usable.

In the end, my son and I enjoyed playing Birthdays the Beginning on our own terms. The story mode requires a lot of micromanagement and saving in case you really blow it. If you’re looking to get this game on PC, I recommend holding out for more fixes before shelling out $39.99 - or utilizing the refund policy as a worst case scenario. Out of the two versions, I recommend the PS4 one for stability alone.